1 de 2 | King Felipe VI on board Aifos 500 during the fourth day of the Copa del Rey Mapfre regatta on the bay of Palma. | Ballesteros

2 de 2 | King Felipe VI at the helm of Aifos 500 during the fourth day of the regatta. | Ballesteros

King Felipe VI embarked again today to participate with the Aifos 500 in the fourth day of the 39th edition of the Copa del Rey Mapfre sailing the bay of Palma, in which the Spanish Navy sail boat currently is second in its category.

Dressed in the team’s uniform and wearing a cap, he went to the pontoon to get on deck and set sail for the regatta course with the rest of the crew.

Don Felipe sailed on the first day this Monday and also on Wednesday. 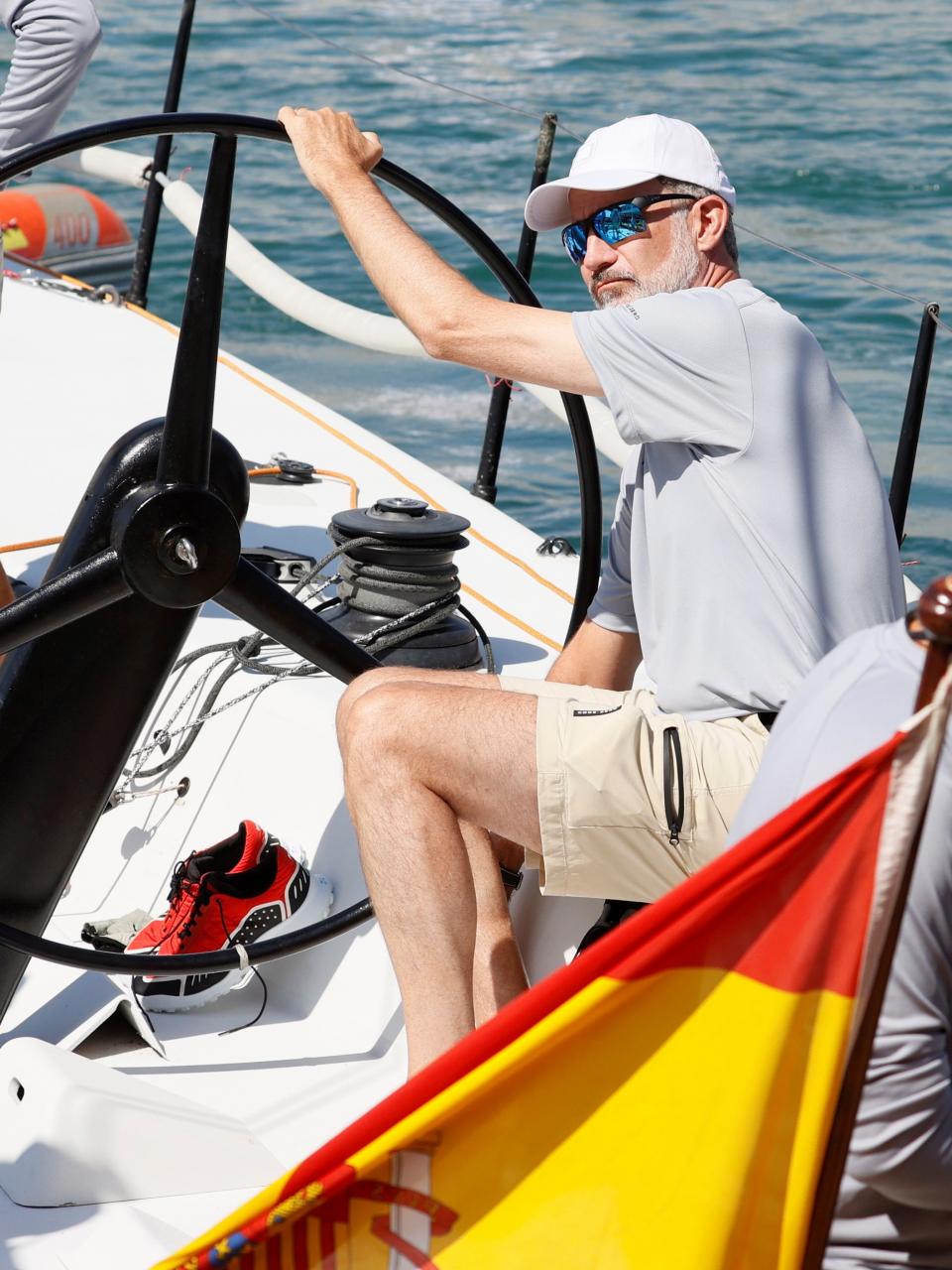 The only day he did not get on board the Aifos 500 was Tuesday, since he had a meeting with President Pedro Sánchez, in Marivent.

The Spanish Navy sailing boat is in second place in the ORC 1 category classification, behind the Argentinian sailboat From now on, out of a total of twelve participants of five nationalities.

Despite having participated in most of the editions of the Copa del Rey, which has been held since 1982, Felipe de Borbón has never won the title, while his father, Juan Carlos I, won it five times with Bribón. The sixth and last regatta of the Cup will take place this Saturday, when the King will present the prizes.