Real Sociedad go top. Can they stay there?

With Barcelona and Real Madrid seemingly fading forces and reigning champions Atletico Madrid not firing on all cylinders, there is a genuine chance for someone to upset the odds in the title race this term.

Few would have expected that to be Real Sociedad, but the Basque side moved three points clear at the top of LaLiga with a late 1-0 victory over Mallorca.

They have played a game more than their title rivals, but they are the league's form side and under coach Imanol Alguacil they have built an exciting young team capable of challenging the established elite.

Going into this weekend's action, Villarreal were the league's only undefeated side even if their penchant for draws meant they were languishing in mid-table.

They looked set for another stalemate on Sunday until Ezequiel Avila netted an 87th-minute winner for Osasuna to ensure that no side in Spain's top flight is undefeated this season.

In doing so, the Argentine sent the Navarre outfit into fifth, level on points with Real, Atletico and Sevilla.

Rayo continue to upset the odds

Just a point behind Real and Atletico sits Madrid's third and lesser-known side, Rayo Vallecano.

They have long been in the shadows of their illustrious neighbours and with fans complaining about a lack of merchandise in club shops and no online ticket sales, their minnow status is of little surprise. 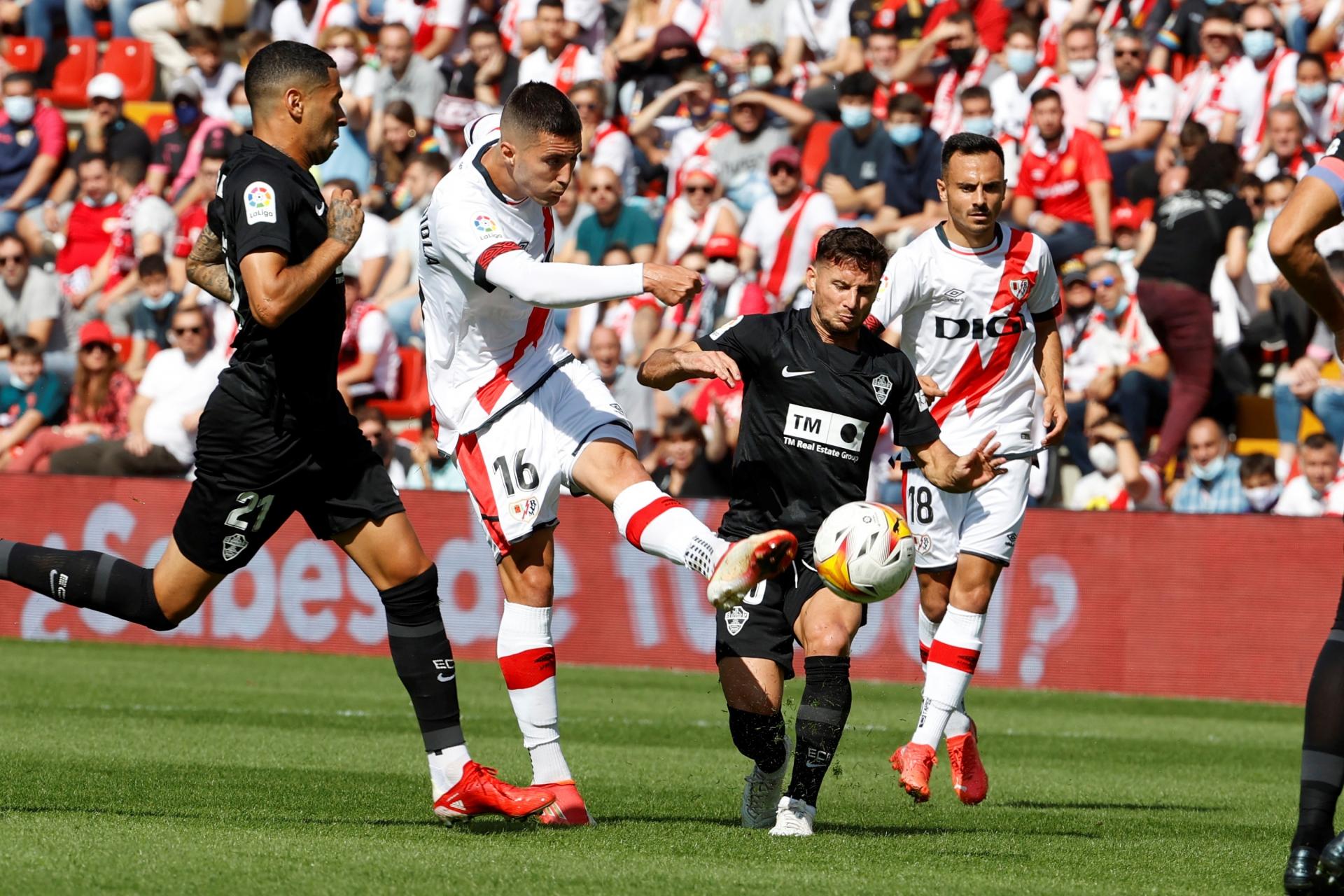 However, despite their off the pitch gripes, supporters can have few issues with what is happening on it. Victory over Elche at the weekend meant the promoted side sit sixth in the table, ahead of Barcelona in the standings.

While few expect it to last, the fans will enjoy it while it does.