"Daniil was playing really aggressively in the second set, with drop shots and winners,"

Rafa Nadal beat new world number one Daniil Medvedev 6-3 6-3 in a rematch of their Australian Open clash to storm into the final of the ATP 500 event in Acapulco on Friday.

Nadal had to fight back from two sets down in their previous meeting in Melbourne in January to clinch a men's record 21st Grand Slam title, but in Mexico, it was the Spaniard who got off to a fast start.

Medvedev was forced to defend a couple of breakpoints in his very first service game, before Nadal broke minutes later to take a 3-1 lead, which he held onto to claim the first set 6-3. 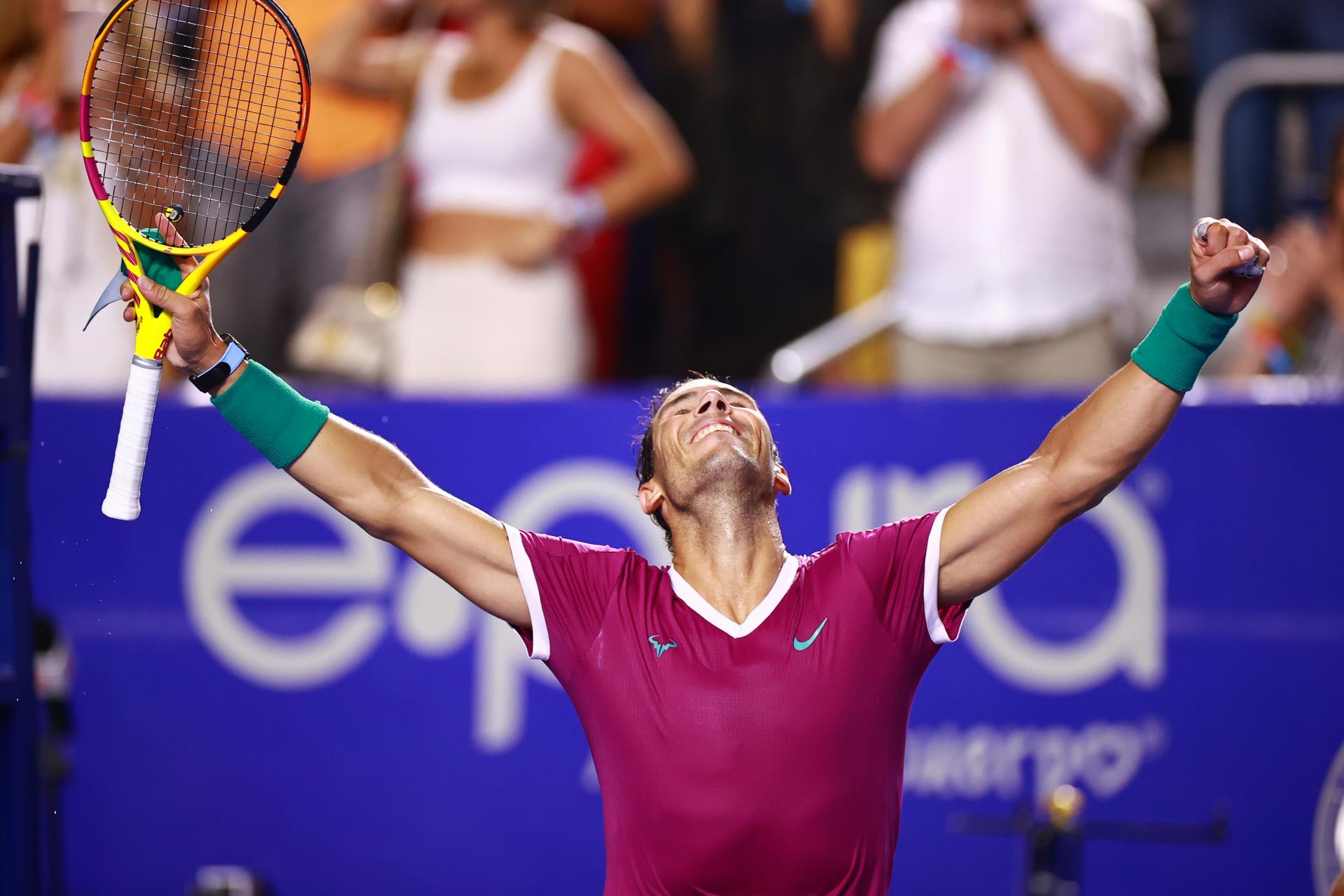 Nadal appeared to have carried his momentum into the second set, breaking serve early to go 1-0 up, but Medvedev grew into the contest as the set progressed and began causing the Spaniard all kinds of problems with his backhand drop shot.

Medvedev earned a total of 11 breakpoints across just two of Nadal's service games in the second set, but the Australian Open champion dug deep to hold serve on both occasions, and snuff out the Russian's attempted comeback.

Nadal's holds under pressure took the wind out of Medvedev's sails and the Russian was broken once again as an unforced backhand error handed Nadal the win and set up a clash against British number one Cameron Norrie in the final.

"Daniil was playing really aggressively in the second set, with drop shots and winners," Nadal, who has won Acapulco thrice, said in his on-court interview.

"It was very difficult, I feel a little lucky to have won that set since he had so many chances. It's amazing to win against the number one player in the world and it's great to be in the final.

"Norrie has improved a lot this year. We're in the final of the 500 tournament in Acapulco, so you can't expect an easy opponent. It's going to be a challenge, but I'm excited for it."
Earlier on Friday, British sixth seed Norrie prevented world number four Stefanos Tsitsipas from reaching a second straight final in Acapulco, winning 6-4 6-4 in an hour 18 minutes.

"I wasn't really feeling well in the start of the match. I had some nerves, but my serve really kept me in there," Norrie said. "I was able to dictate play, and get into his backhand while defending my forehand."