Nick Kyrgios can not wait to play in Mallorca

2 de 2 | Nick Kyrgios says he can not wait to play in Mallorca. | Majorca Daily Bulletin reporter

The Mallorca Championships, which will take place between June 19 and 35 at the Mallorca Country Club in Santa Ponsa, will count on the participation of Roberto Bautista.

He joins top players such as Pablo Carreño and Nick Kyrgios the list of top-class participants and there are still some surprises to be announced including the possible participation of Daniil Medvedev, who cannot play at Wimbledon due to the veto on Russian players, and the new Spanish sensation Carlos Alcaraz, who has an invitation reserved.

Toni Nadal, director of the tournament said that one of the main attractions this year will be Bautista and has not ruled out the possibility of raising the level of the tournament over the next few weeks.
“Last year we were lucky enough to have an extraordinary tournament with five top ten players, something unheard of for a 250, and everyone was delighted with the event.

At the moment we have Roberto Bautista, who is a special player, a semi-finalist at Wimbledon, who has been ranked ninth in the world and guarantees a good show”, he said, while highlighting the participation of Pablo Carreño and Nick Kyrgios, who he described as “one of the most attractive players on the circuit for what he does on the court. 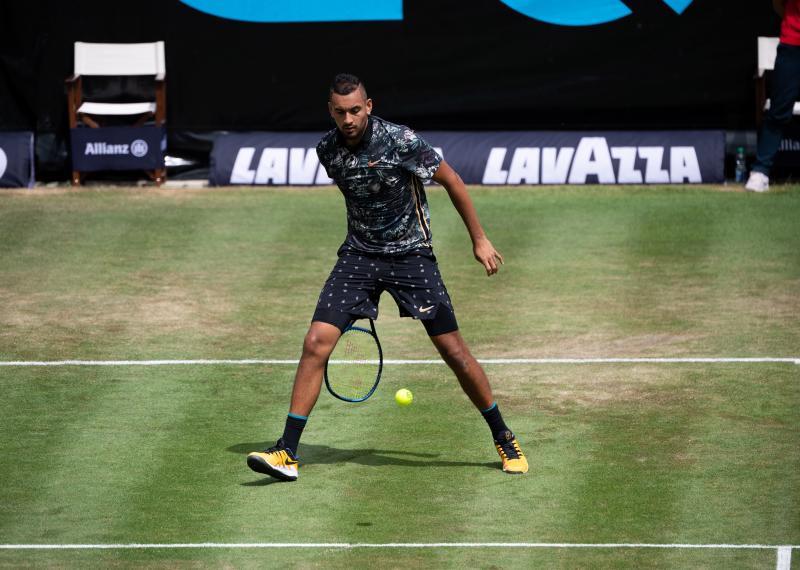 “He is a player with number one potential, who puts on a great show and all the tournaments would like to have his participation. I hope he gives the show he usually gives on the courts”, he stressed.

Edwin Weindörfer, CEO of e|motion, organiser of the tournament, celebrated the renewal of the sponsorship commitment with OK Mobility and the support of the partners for a new event in which, thanks to the end of the Covid restrictions, will be able to cater for 3,500 spectators per day.

He is also optimistic about the possibility of improving the draw and indicated that, despite the event’s link with the All England Club, the Mallorca Championships “is not obliged to go hand in hand with Wimbledon” in vetoing Russian players, which would make it easier for Daniil Medvedev to defend his title in Santa Ponsa.

Toni Nadal has indicated that “the problem caused to the Russian players may lead them to try to cover weeks of competition and may make it easier for Medvedev to come and play here, just like Rublev”. “Sometimes the proximity of Wimbledon is a problem and the fact of not being able to play there increases the chances of them playing the Mallorca Championships”, he said.

The possibility of having Carlos Alcaraz “is not easy, but we are trying,“ said the tournament director.
“His calendar will depend on Roland Garros and the following tournaments,” he explained, while Edwin Weindörfer said that integrating him into the tournament, one of the three ATP tournaments held in Spain, “would be very interesting in the long term”.

“We will talk and we will try, but now he is totally focused on Roland Garros and then we can reserve an invitation to await his last-minute decision because we are the last tournament before Wimbledon,” he explained.

One of the great attractions of the last edition of the Mallorca Championships, in addition to the participation of five top ten players, was the presence of Novak Djokovic, who chose Mallorca to prepare for his assault on Wimbledon and who finally took part in the doubles draw.
Only an injury to his partner prevented him from playing in the final.

Othman Ktiri, head of OK Mobility, whose headquarters in the Son Castelló industrial estate hosted the presentation of this year’s tournament, highlighted the compnay’s commitment to sport in general and the tournament in particular.

The association with the values that emanate from sport and the tourist value of the Mallorca Championships have led the firm to strengthen its links with the ATP event in Mallorca, while at the same time announcing its debut sponsorship of the Stuttgart tournament.
Nick Kyrgios is going to be a major attraction.

The recent winner of the Australian Open 2022 Doubles competition with Thanasi Kokkinakis will be competing in both singles and doubles.

Kyrgios, who was number 13 in the world and a quarterfinalist at Wimbledon in the past, has spoken about his excitement about playing in Mallorca: “I’m very much looking forward to playing for the first time at the Mallorca Championships and on the grass courts of the Mallorca Country Club.

“I have heard great things about the club, tournament and overall on Mallorca.
“ Therefore, I want to bring my best tennis and hope to see many tennis fans there throughout the week,” the Australian said.