Englishman in the lead at Mallorca Golf Open

Dale Whitnell is the man to beat

The second round of the Mallorca Golf Open left Englishman Dale Whitnell in the lead after his round of 63 (-8) on Friday night:

"I only missed one green today (Friday), just like yesterday. Luckily I holed more putts today." The 34-year-old Whitnell is hoping that this could be the chance for his first major victory on the DP World Tour.

One stroke behind is DP World Tour star Ryan Fox of New Zealand, who is hot on the Englishman's heels. Fox, who has broken into the world's top 30 in a year, is brimming with confidence after winning the Dunhill Championship a few weeks ago. After his round of 64 (-7) and second place, he said: "I played well in the first round and three under par was the worst possible result. Today I just holed a few more putts. To be honest, I have to say that I even missed quite a few opportunities for a more complete round." 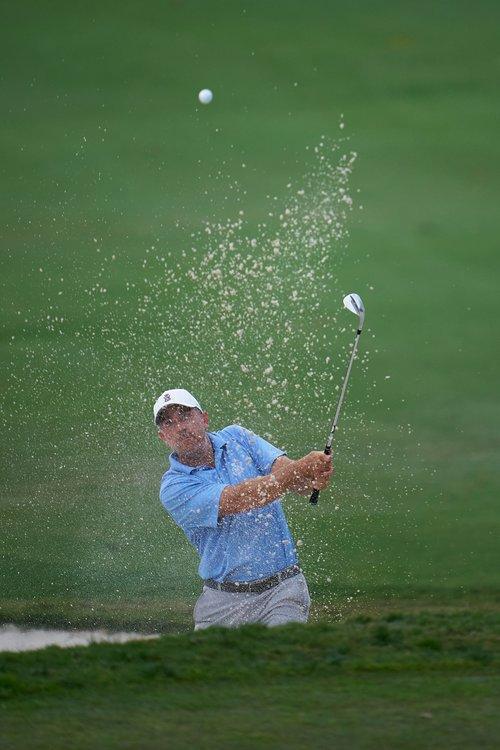 Three strokes behind the leader, Chile's Hugo Leon, Denmark's Rasmus Hojgaard and Germany's Maximilian Kieffer are tied for third place with a total of 8 under par.

"More could have been done in both directions," says Kieffer, who is already looking forward to the weekend after his round of 66 and the possibility of another victory. Kieffer on his round: "I didn't hit as many greens as I did yesterday, but the irons were closer to the pin on Summer.
Alejandro Cañizares is placed as the top-ranked Spanish with a round marked by stability, two birdies and a bogey that make him go to 3 strokes of the leader and with options to dispute for what would be his third victory on the tour. Rafa Cabrera-Bello and Adri Otaegui have managed to make the cut but with some suspense until the last moment. Five Spaniards could have missed the cut (Angel Hidalgo, Pep Angles, Sebas Garcia and Adri himself) if the Frenchman Brun had birdied the last hole. Nerves until the end but goal achieved. 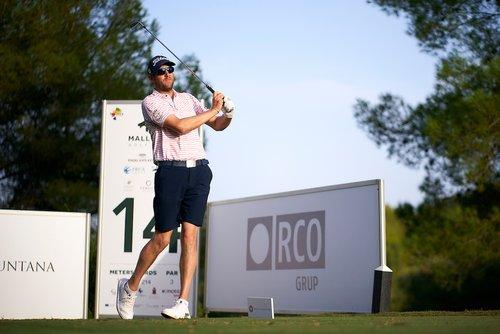 Finally the cut of the Mallorca Golf Open has been 1 under par and a total of 74 players will be playing in the final two days at Son Muntaner.

Mallorca Golf Open: von Dellingshausen with a top round and an eagle for a yacht

Thanks to an eagle on the 9th hole, Nicolai von Dellingshausen also wins the special prize that was played on this hole: The eagle on this par 4 earns Dellingshausen 3 days on a high-end yacht worth 15,000 euros, sponsored by the Mallorcan company Smart Yachting. "I was quite surprised, as I didn't know that this prize was played on the 9th hole."

The third round starts at 9 a.m. this morning and ends with a party at the Paulaner beer truck from 5.30 p.m. Admission to the third day of the Mallorca Golf Open is free from 4 p.m.!

As a successful event organiser and trendsetter in sports marketing, the e|motion group strengthens its competitiveness and thus that of its partners and customers on an international level through the continuous innovative development of events focusing on tennis, golf and padel. In this way, the company creates added economic value for all parties involved.

The e|motion Group organises the Mallorca Championships in Spain and the BOSS OPEN in Stuttgart, two ATP 250 grass-court events, as well as the Erste Bank Open, an ATP 500 tournament in Vienna. On the women's tennis circuit, the company organises the WTA 500 'bett1open' tournament in Berlin. In golf, the e|motion group organises the 'Mallorca Golf Open' in Spain and in paddle tennis the WPT Vienna Open. The company is managed by its founders and owners Edwin Weindorfer and Herwig Straka.