After several days in which temperatures have been cold, although not below zero in Mallorca as a whole, the thermometer has turned negative in the Serra de Tramuntana mountains. The first snowflakes were seen late on Friday afternoon in mountainous areas, such as Puig d'en Galileu. For the moment, the snowfall has been scarce, and it has not even set at an altitude of 1,100 metres.

As usual every time it snows in Mallorca, the video of the small snowfall in the Serra, shared on Twitter by meteorologist Miquel Salamanca, has already gatherned hundreds of reactions. Despite the low temperatures recorded during the early hours of Saturday morning, it has not snowed again on the island, although it is not ruled out that it could do so again during the weekend. What could be seen early on Saturday morning were the night frosts, which have been common in the last few days. 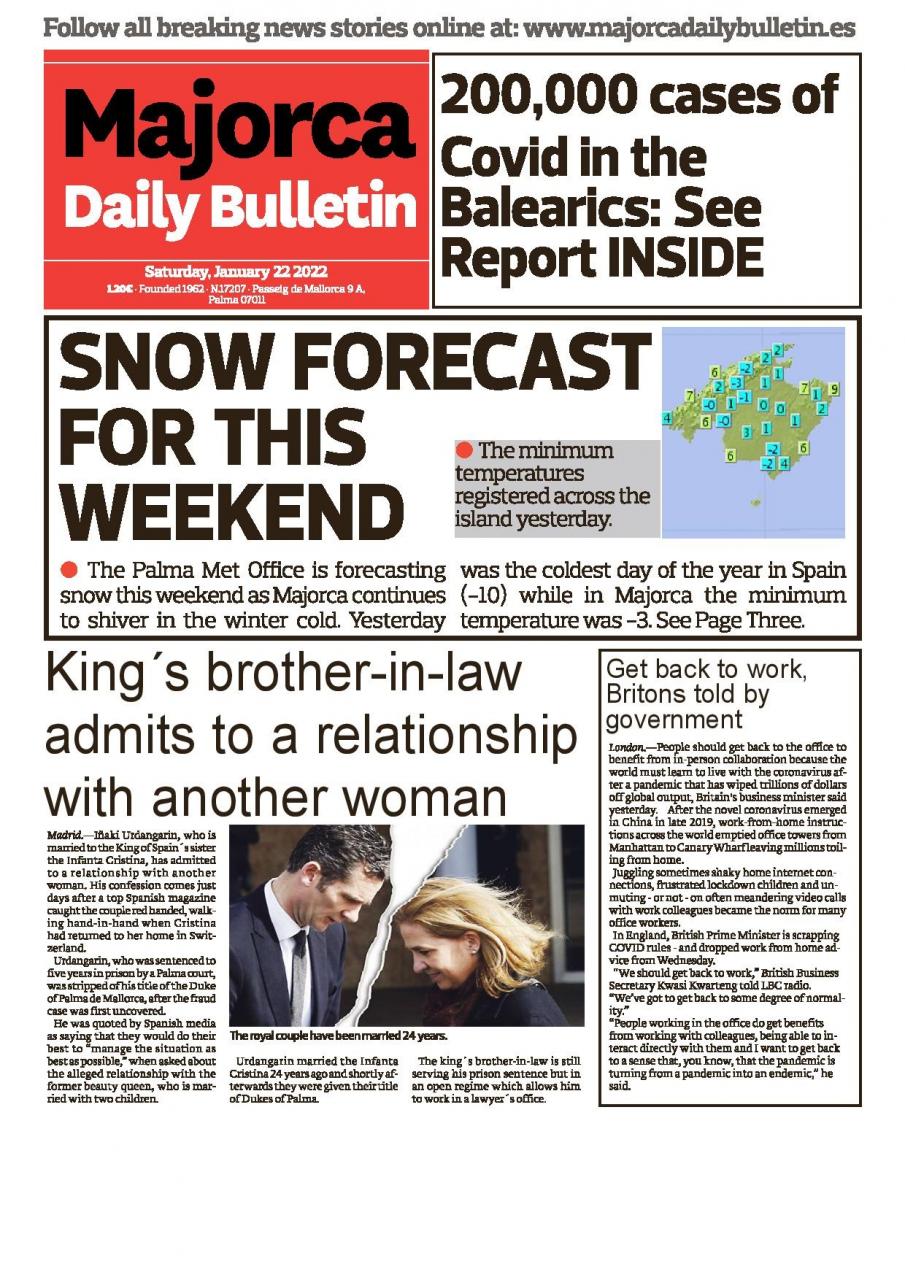 Our front page today announced possible snow on the island.

At the weekend, the cold weather is expected to continue to prevail, with typical winter days with highs around 10 and 12 degrees Celsius. As the weekend progresses, with a view to Sunday, atmospheric stability will return and temperatures will start to rise slightly.

Up to fifty centimetres of snow in the Tramuntana Mountains

After the snow comes the sun, but it's still cold