Sharks in the European press

Dear Sir,
I see now that some beaches of Majorca are not only known throughout Europe because of the antics of certain tourists over there, they also are famous because of certain journalists that have not any kind of respect for his readers, and above all any kind of respect of the beaches where the most of his fellowmen spend their holidays. With this kind of journalism they manage to leave without any of us realizing.
In other words, this kind of journalists should be ashamed of their own ignorance they show off. For them the sighting of a wounded shark in a beach of Majorca is the right issue to make a screenplay to Hollywood as did Steven Spielberg in 1975, Jaws, but in this case would be “MaJAWca”. It’s awful and dreadful how sensationalist media spread a distorsioned image about the nature, and it’s awful too how people swallow this kind of news. It’s awful how people show fear about a marine creature that is a common visitor to our beaches, even more times than we think.
What in my point of view should be on the front pages would have to be the amazing ignorance that holidaymakers show on the places they visit. I think they should replace their fears and horror about sharks with understanding and appreciation. They should become aware that without sharks we wouldn’t have a healthy ocean to swim in. But not, the first impression they get of them are teeth and stomach, nothing else. As though they were the major threat on the beaches. What they think about the jellyfish swarms that invade our beaches? What they think about the plastic islands that remain adrift all over the Mediterranean sea..?
Of course I can understand that is not at all a comfortable moment watching an eight foot Blue Basking shark by your side but sometimes what actually causes a major blow to the society is the total ignorance that people have regarding this kind of animals thanks to the headlines of this so-called sensationalist magazines that throw rubbish all over the readers. Maybe in the time that it took you to read this, more than 200 sharks were killed for only their fins. Whether they like sharks or not, they are vital to our existence. They are not our enemy, they are our greatest hope. 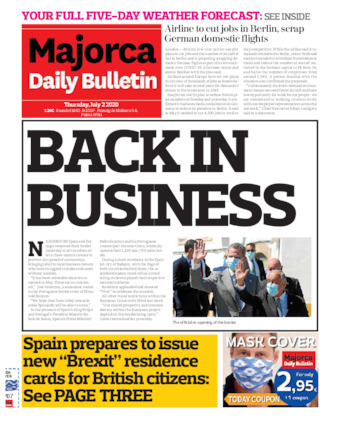