The natural world of Majorca

Learn about the beauties surrounding the island

The Tramuntana Mountains form one of Majorca's natural treasures, a Unesco World Heritage Site treasure that recognises cultural influences that have shaped the landscape, and a treasure with the highest peak on the island - Puig Major (1,445 metres) - astonishing natural scenery, such as the arch of cliffs to be seen as a boat leaves Sa Calobra; small coves like that of Deya; the train and tram of Soller, both more than one hundred years old; the orange groves of Soller and Fornalutx, the olive groves; the black vulture. 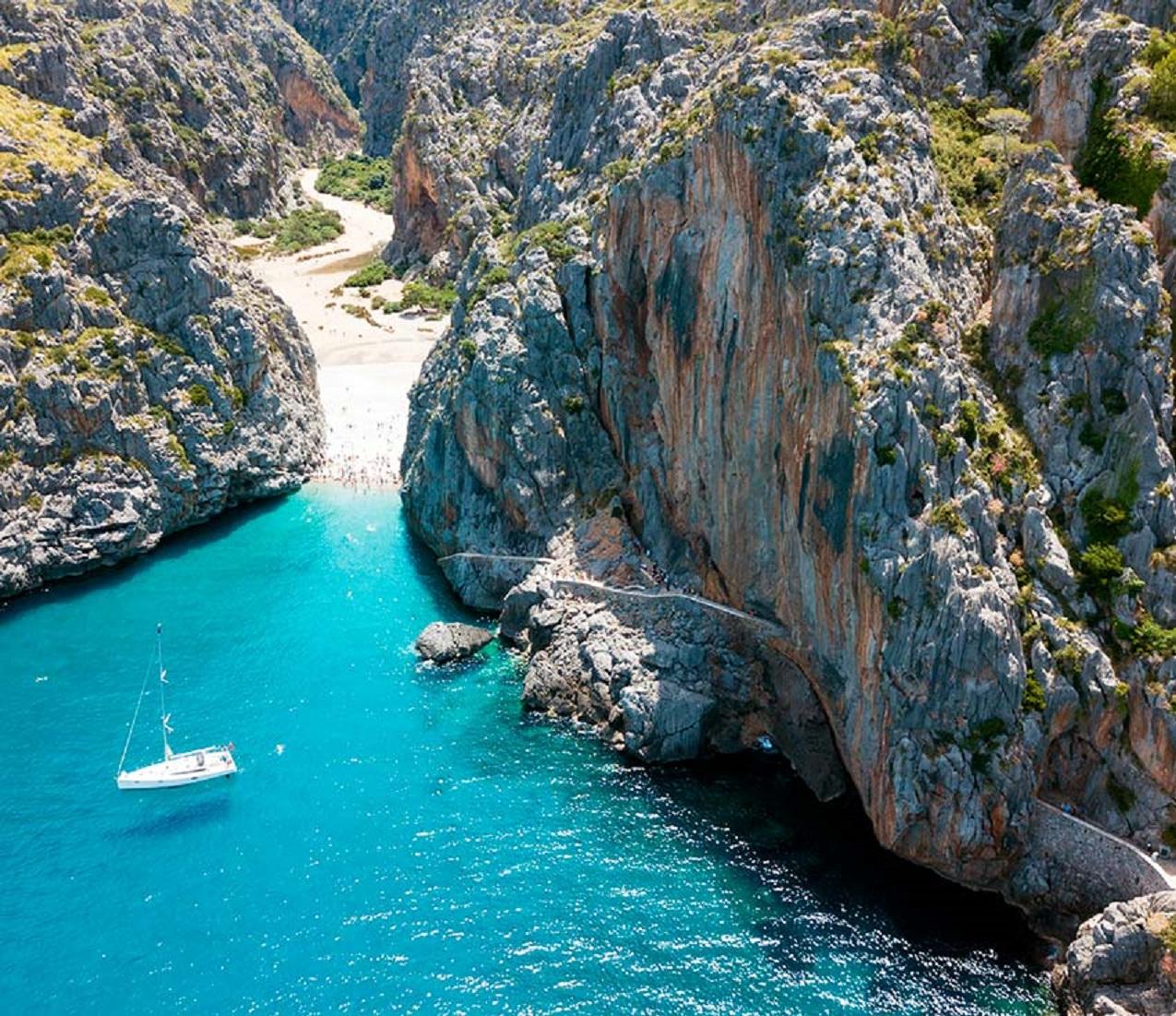 As well as being a World Heritage Site, the Tramuntana is a protected place of Natural Landscape in which mountains and sea come together. The land and the water are worked, for there is agriculture and there is fishing, but they are worked in accordance with sustainability criteria. Conservation of the environment, preservation of heritage, such as the dry-stone work, are paramount. 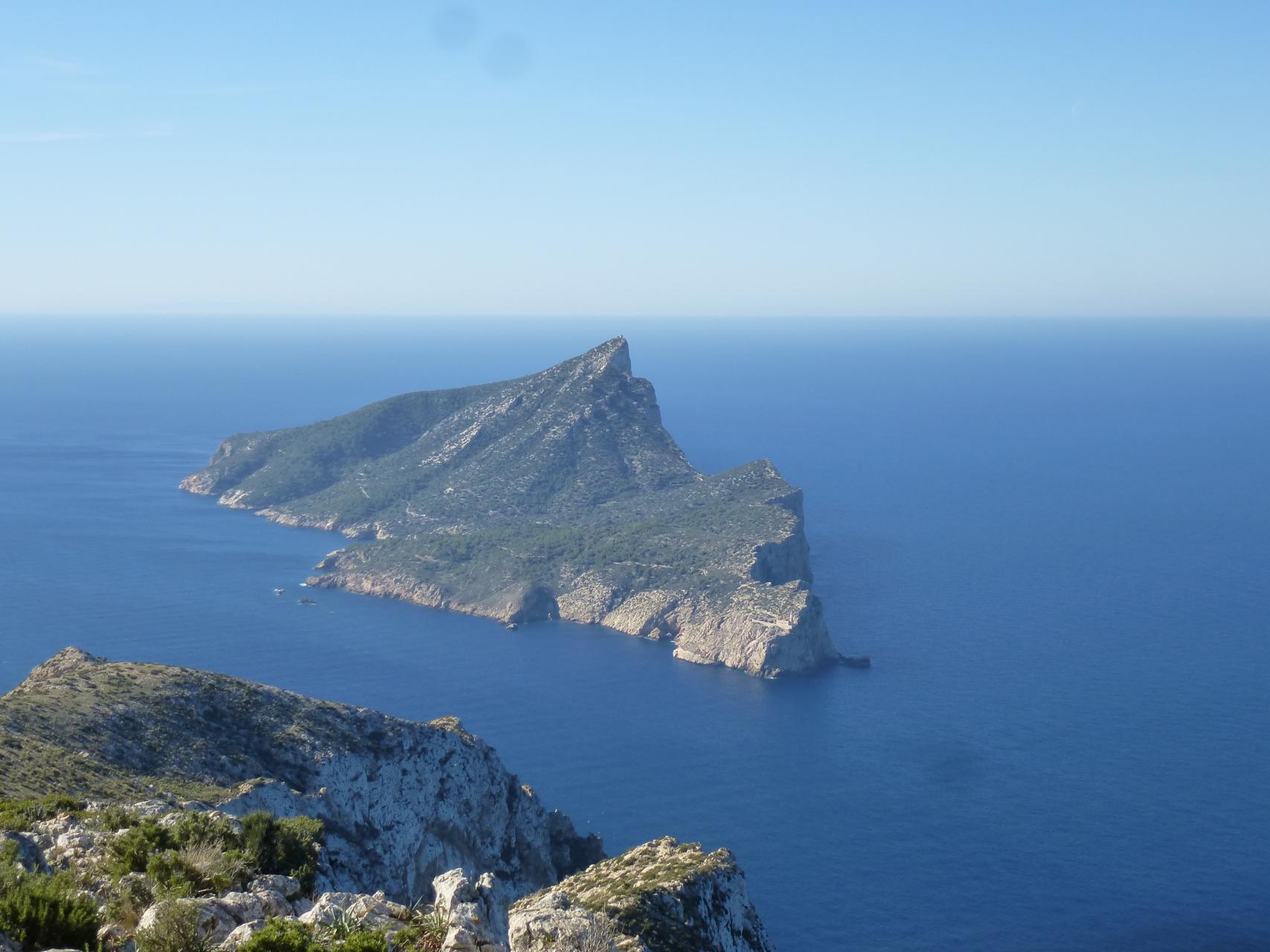 Off the southern coast of the Tramuntana is the island of Dragonera. It was a famous site of a protest against development in the 1970s. The protest contributed to development being stopped. Dragonera is now a nature park, a status which gives the island protection. Around four kilometres long and one kilometre wide, the contour of the island makes it look like a dragon. There are a great number of lizards. In different ways, Dragonera acquired its name. 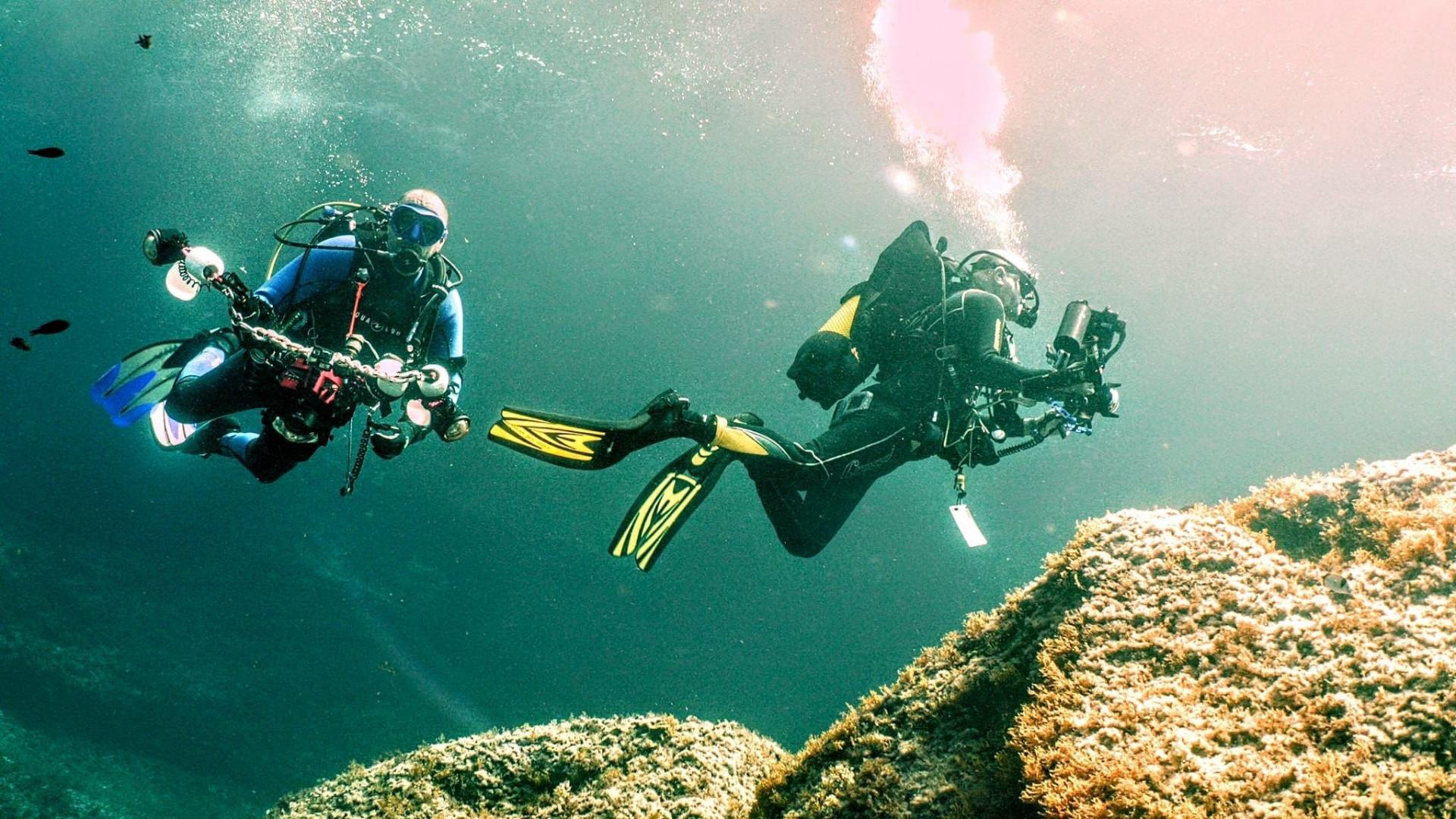 There is, as noted previously, a Dragonera marine reserve which means that there is strict regulation of use. A nature park, it is small by comparison with another protected area that lies off Majorca. To the south of the island is the archipelago of Cabrera. This is way more than a nature park as it is one of Spain's national parks, the first maritime-terrestrial national park in the country. Like Dragonera, the islands are home to lizards and native birdlife such as the Balearic Shearwater. Surrounded by posidonia sea grass, the water has a remarkable transparency, as the posidonia acts in keeping the sea crystal clear. 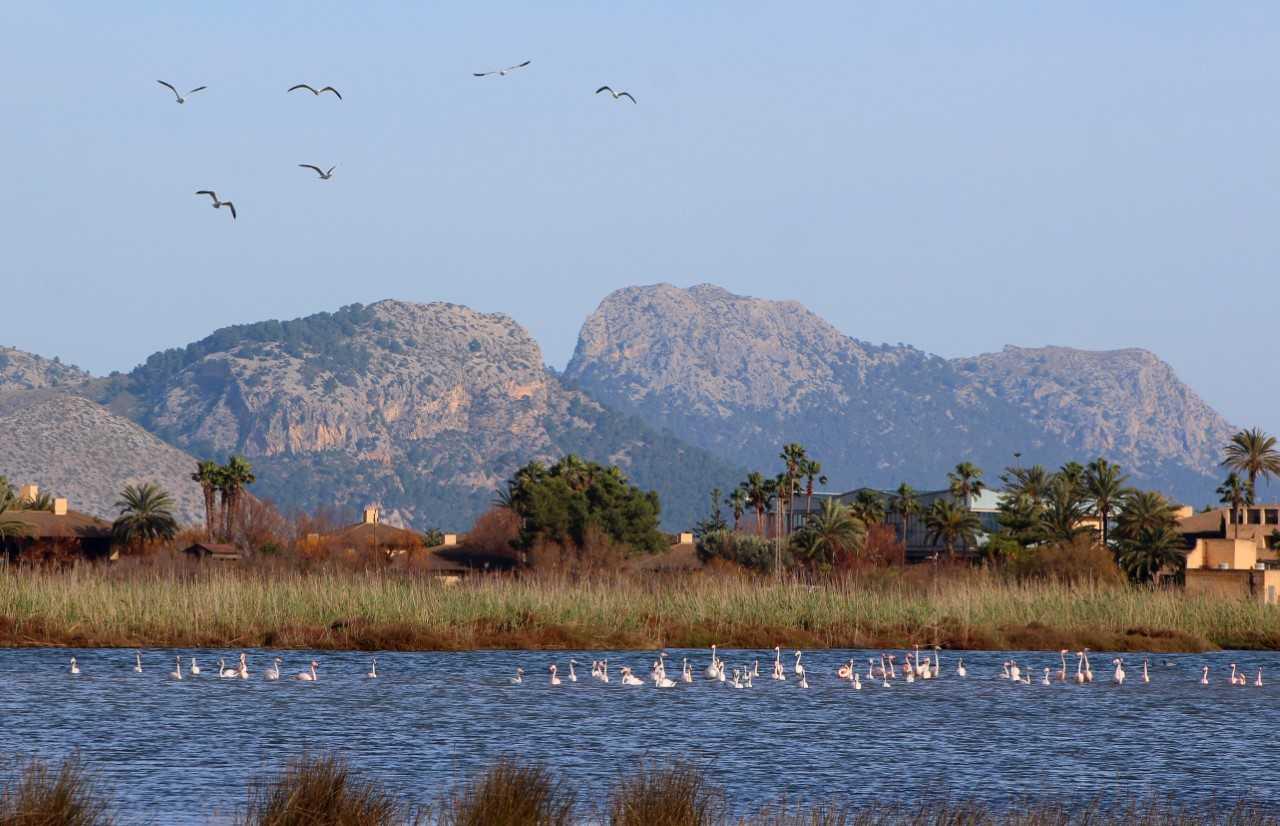 On land, there are other nature parks - Llevant in the northeast, Mondragó in the southeast, Es Trenc in the south. And in the north, there is Albufera, the most extensive wetland on the island. Albufera is a magnet for birdwatchers. It is also a magnet for migratory birds. In winter time, some 300 or more species can be observed. There are thousands of ducks, and the water, which varies in depth, has fish and amphibians. The reeds grow to great heights. Without entering Albufera, one can appreciate this by cycling or driving past; the reeds are like small trees. 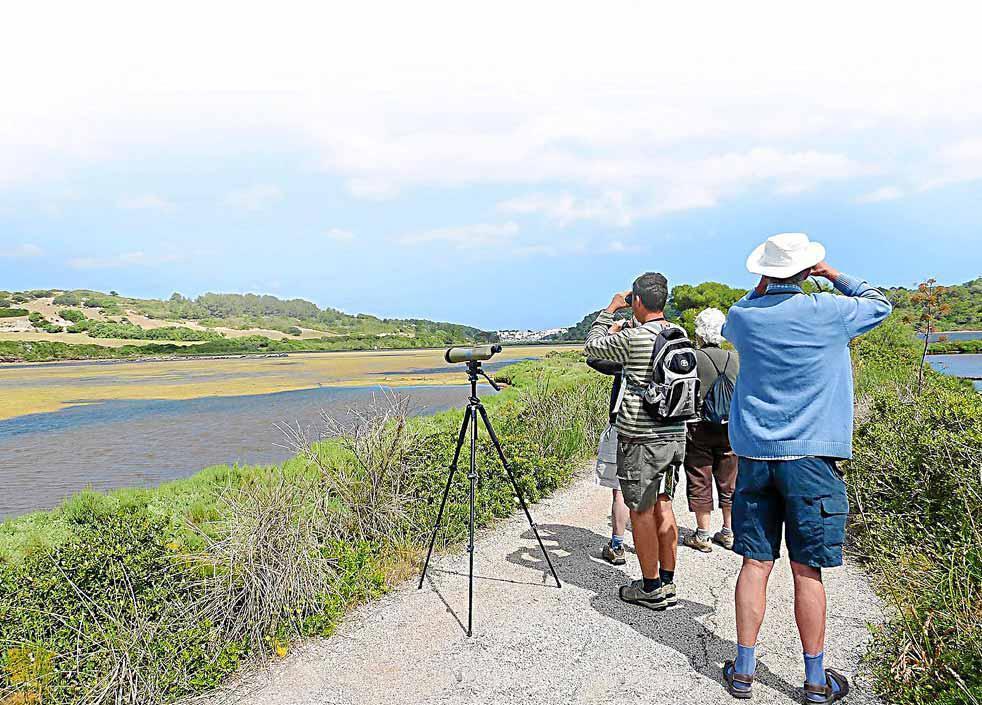 It has been a nature park since 1988, its added interest lying in the fact that it was once worked by British engineers. The New Majorca Land Company of the late nineteenth century set about draining part of the wetland, cultivating some of it and forming the system of canals. The Grand Canal, linked to the sea, passes under a bridge which is known as the Bridge of the English.

For more on nature in Majorca, see www.mallorca.es; and keep up to the moment with tourism developments in Majorca on Mallorca.es Twitter @MallorcaTourism.

Products of the land: Gastronomy in Mallorca

Majorca has ten Michelin-starred restaurants, the reputation of the island's cuisine having soared in recent years. The gastronomy, innovative but at the same time traditional, draws on the Mediterranean diet, and it is more and more dedicated to local produce and products. Fresh from the market is like a catchphrase, and an accurate one at that. 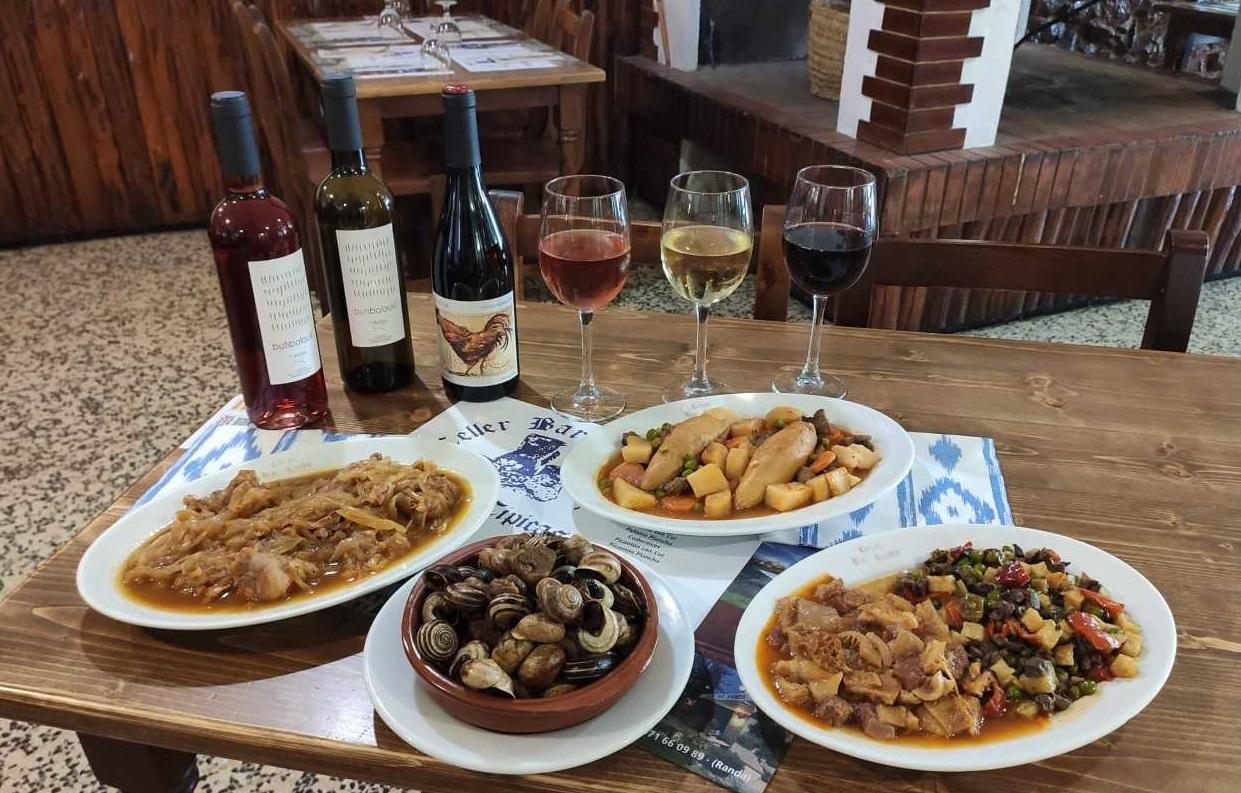 From traditional "celler" restaurants to the highest of high international cuisine, quality local fish, meat, vegetables, fruit, oil, wine grace every table. There is gastronomy for all pockets and for all tastes, with new demands, such as vegan, increasingly being catered for. 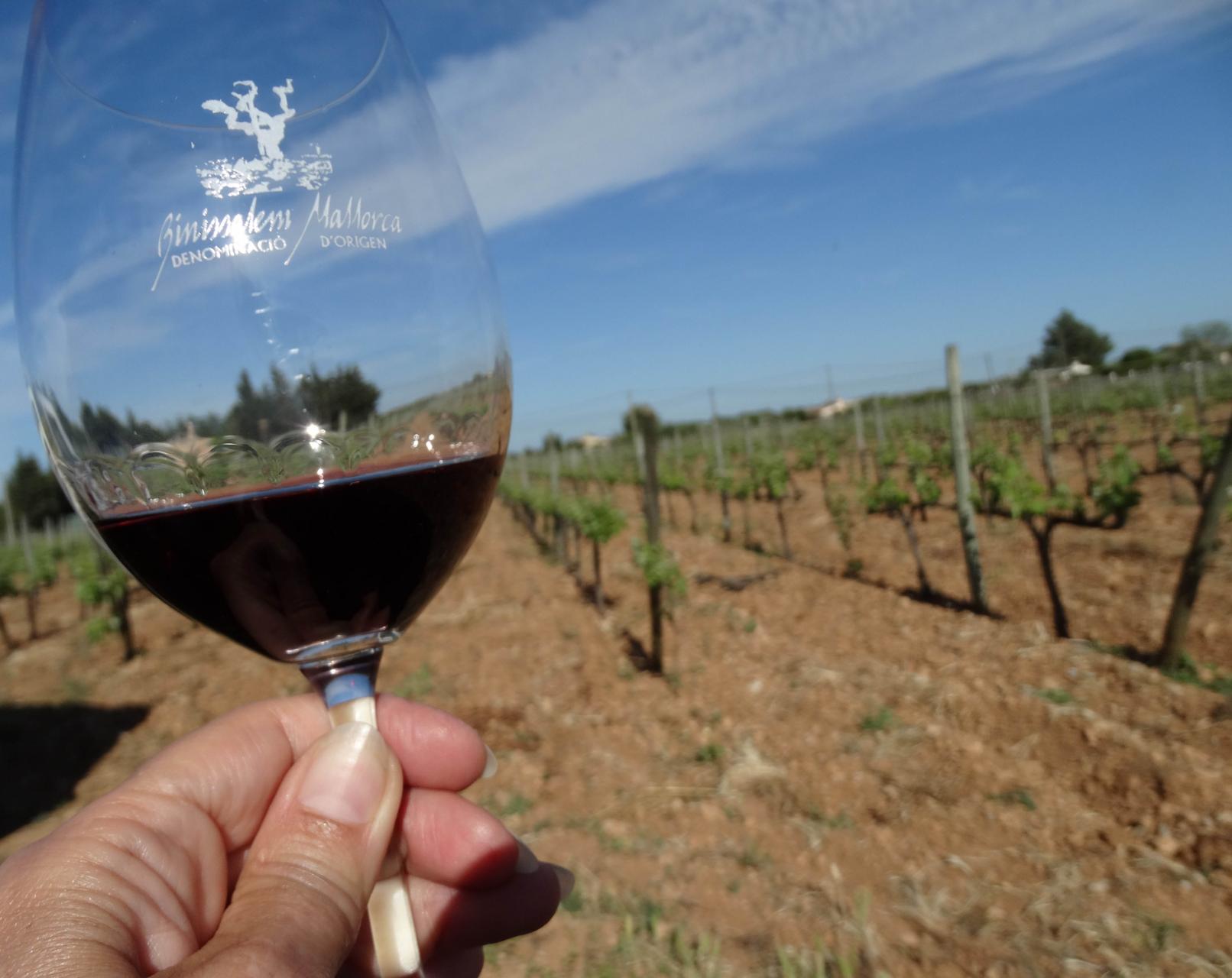 The quality and tradition of Majorcan products is such that several have designation of origin or protected geographical indications. This goes for wine from the Binissalem DO and the Pla i Llevant DO and for the DO Oli de Mallorca, the finest virgin olive oil. 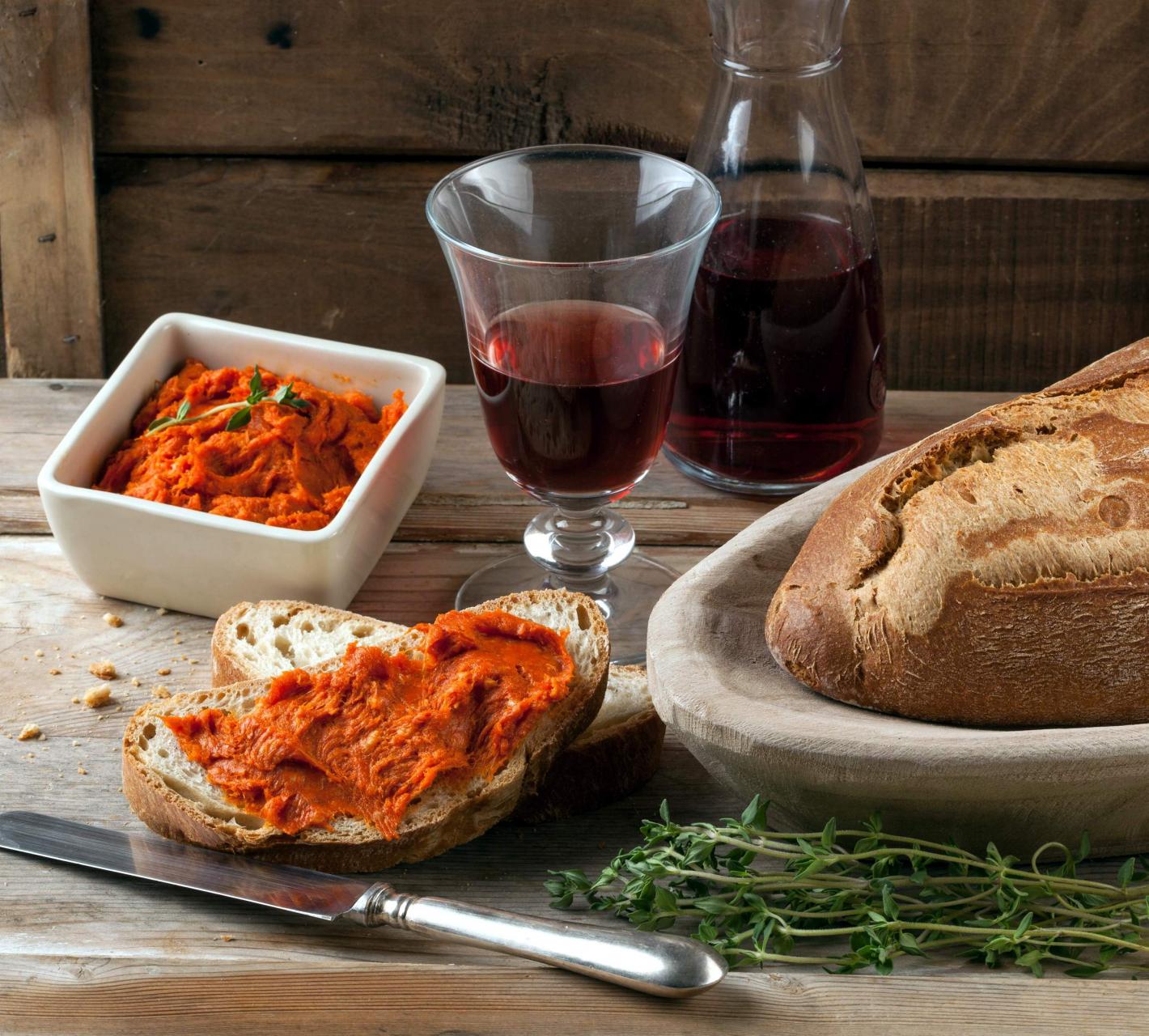 For the sobrassada sausage, there are two PGIs - Sobrassada de Mallorca and Sobrassade de Porc Negre. The latter refers to the Majorcan native breed of pig, which is fed on barley, pulses and figs. The ensaïmada pastry has had a PGI since 2003. Pork lard (saïm) gives it its characteristic texture. Historical references to ensaïmada date back to the seventeenth century, though the pastry is undoubtedly older than this. However old, there is no question that it is part of Majorca's cultural and historical heritage. Like sobrassada, it is very much an artisan product; the knowledge of its making has been passed down over the generations. 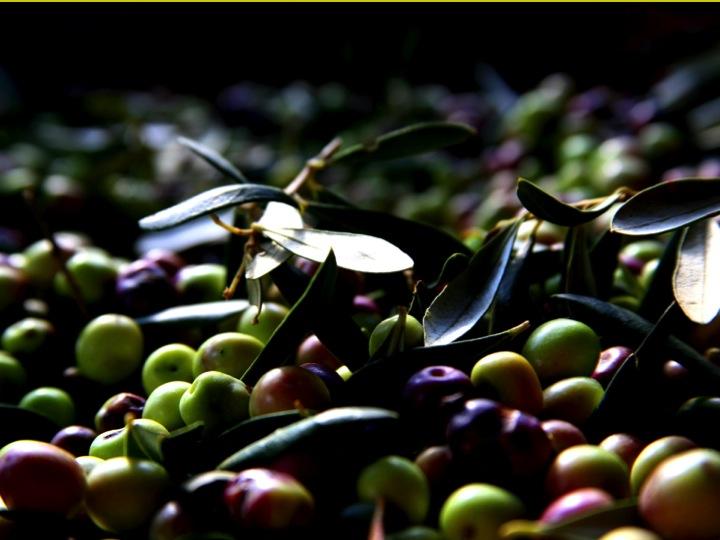 The making of olive oil and wine goes back much further into history. The quality of Majorca's wines was noted in Roman times, but more recently there has been a dramatic increase in the number of producers. Conscious of traditional techniques and environmental sustainability, these producers have also introduced state-of-the-art technologies in perfecting superb wines - white, rosé and red. Many use grapes that are native to Mallorca, and the standard of the product has meant that local wines are predominating in the island's restaurants.

The Pollensa Wine Fair, normally held in April or May, is one event that showcases this standard, with more than thirty bodegas typically taking part. 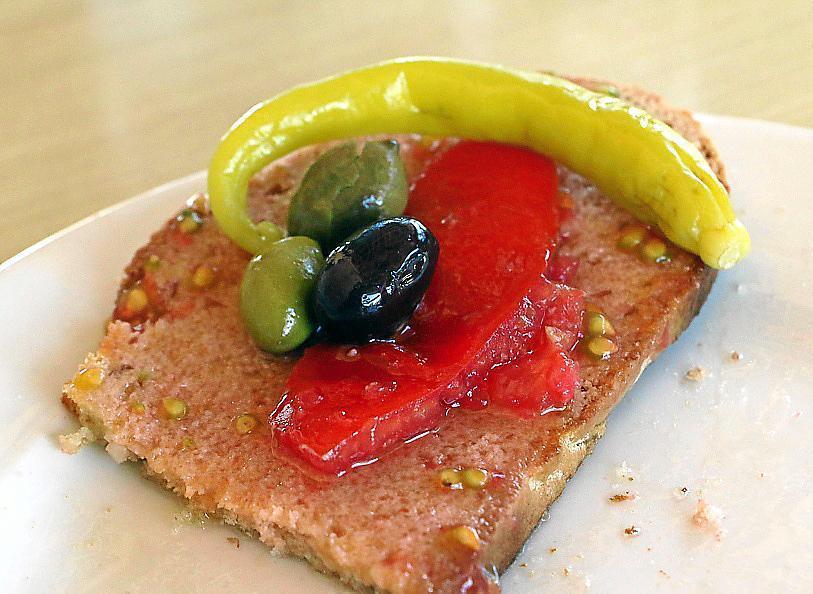 Returning to food, there needs to be mention of traditional dishes that can vary according to the season or are staples all year round. Pa amb oli is the simplest of dishes. It can have embellishments, but it is basically "peasant bread" with virgin olive oil and ramallet tomato scrubbed onto the bread. Sea salt is sprinkled; the bread is unsalted. Tumbet is a vegetable dish with sliced potato, aubergine and red bell pepper. Frit mallorquí is made from pork or lamb meat and liver (sometimes kid or turkey), fried in olive oil with potatoes, onion, tomato and red pepper. There are variations on this. 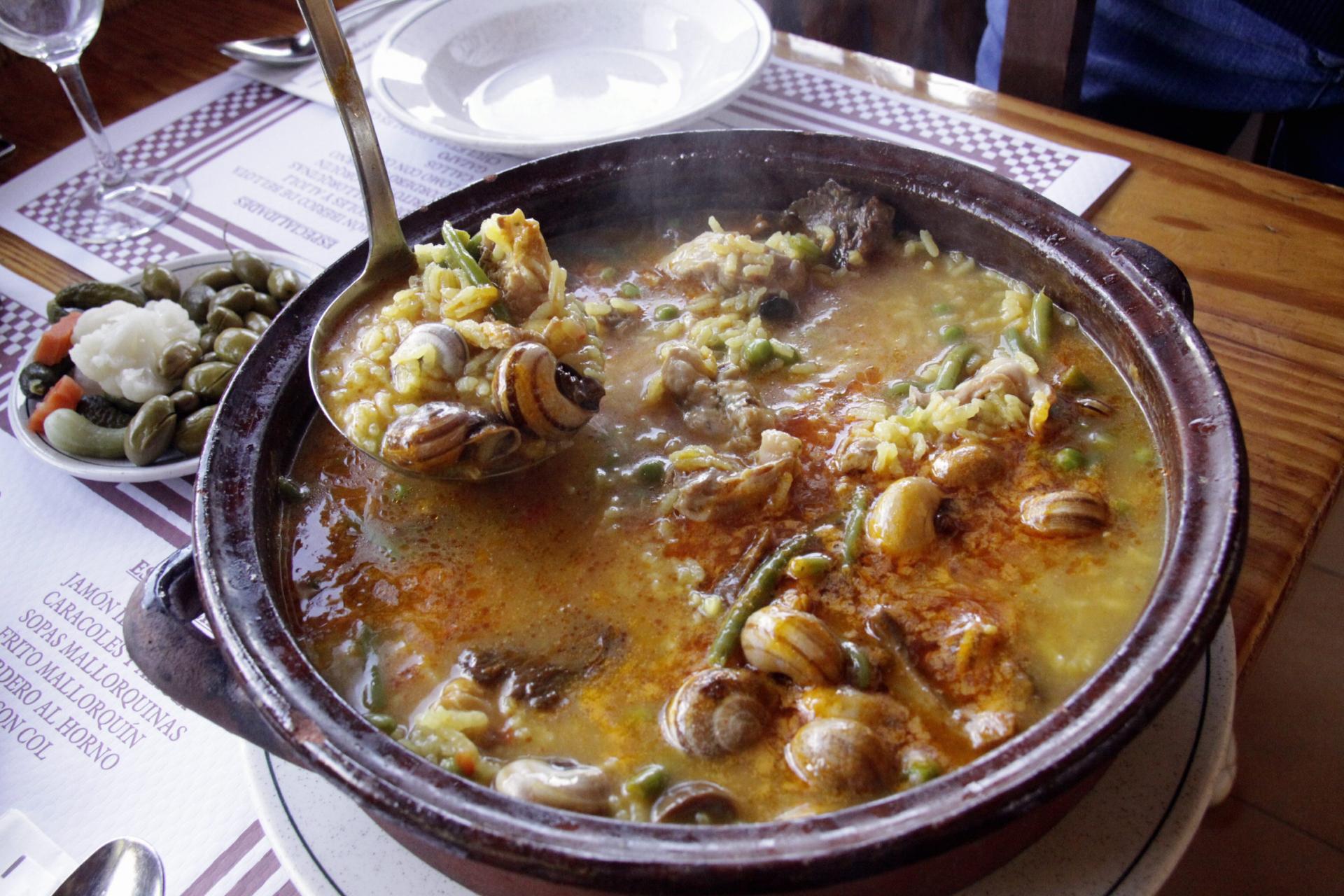 Then there is arròs brut, literally meaning dirty rice. The name comes from the broth that is created with a mix of spices - cinnamon, saffron, paprika - and minced chicken or rabbit liver. It is seasonal in that its ingredients can vary, one being the esclata-sang mushroom that oozes a blood-coloured latex when it is cut.

For more on gastronomy, see www.mallorca.es; and keep up to the moment with tourism developments in Majorca on Mallorca.es Twitter @MallorcaTourism.