Almost a thousand new places, but will they ultimately be permitted?

Under the future general urban plan for Palma, there is authorisation for 967 more hotel accommodation places in six specific parts of the city. However, the Balearic government's recent law for tourism sustainability and circularity confirmed a moratorium on the granting of new places for a period of four years. In the case of Mallorca, it will be up to the Council of Mallorca to determine what happens with new accommodation places that are currently 'frozen'. It may decide not to allow any of them. 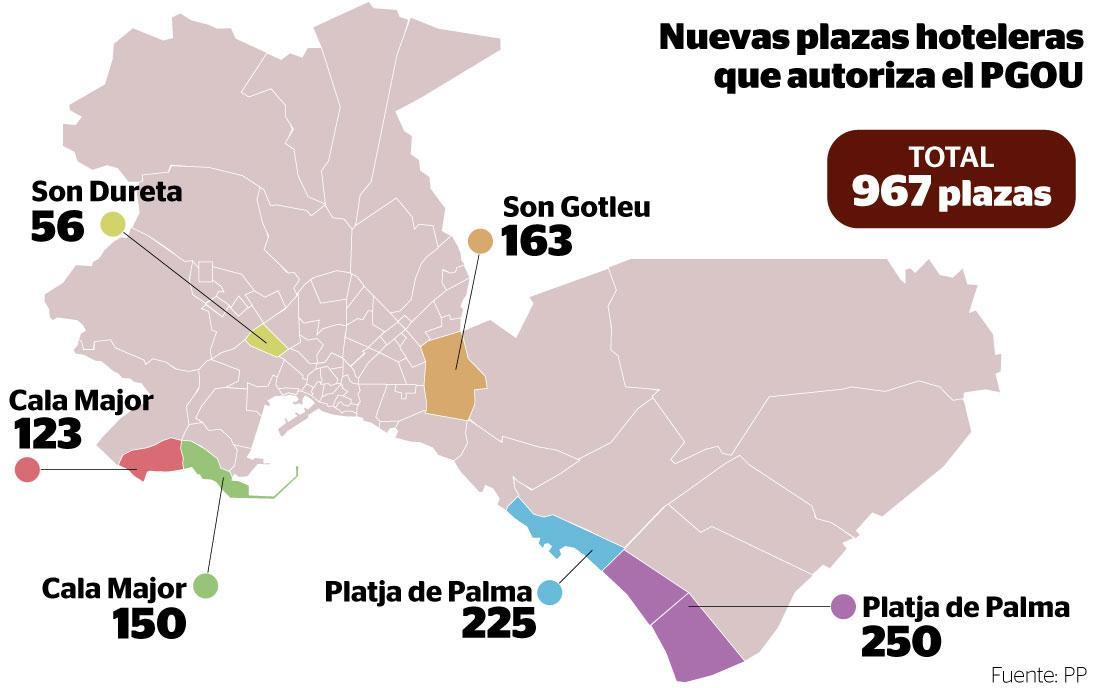 Jaime Martínez, president of the opposition Partido Popular in Palma, believes this is creating a situation of "legal insecurity" and of "deception" for owners. He highlights the "inconsistency" of the coalition that governs Palma town hall because "at the same time that they want to limit the growth of tourism and applaud the government's moratorium, they classify some plots of land as tourist and authorise almost a thousand new places".

US market the third largest for Palma boutique hotels

This could lead to a situation, he says, by which a hotel is developed, but the accommodation rights cannot be acquired for at least four years. "And this with the risk that the Council of Mallorca ultimately decides that hotel establishments cannot be created in these areas. This means legal uncertainty."

Martínez describes the situation as "surreal". "We do not know if the administration of José Hila is committed to growth, as reflected in the urban plan, or to decrease, which it has voted in favour of at council meetings." He is critical of a lack of coordination between authorities. One, the Balearic government, applies a moratorium. The other, the town hall, authorises new places in its urban plan, "although they then later vote in the opposite direction to what they themselves have drafted in their plan".

Ulla Jackson | about 1 month ago

Use it for the temporary local people who come to the island to work. They always complain not enough accomodation as rents are too high. The local government can take over the hotel and use it as they see fit.

Palma does not need any more hotels! The centre is already becoming a tourist theme park where all shops and restaurants are for tourists. Most local people avoid the centre now. And a hotel in Son Gotleu? Really? I'd like to see the guests faces when they take walk around that neighbourhood.