Fresh Majorcan products can be bought at the weekly markets on the island. | Patricia Lorenzo

Fresh produce from the Majorcan countryside can be bought at the island's weekly markets.

For local people, it is part of everyday life. For visitors, a trip to one of Majorca's numerous weekly markets is a must. Every day of the week, all year round, "mercados" take place across the island. They sell fresh, local and island produce and products at very competitive prices.

Among the most popular are olives, cheese, sobrassada, bread, ensaimada, honey, almonds, fruit and vegetables as well as handicrafts, including pottery, knives and woven "llatra" bags; llatra is a product from the dwarf fan palm. The market men and women are known in Majorcan as "placers". The language barrier is not a problem; they will gladly engage in some form of banter. 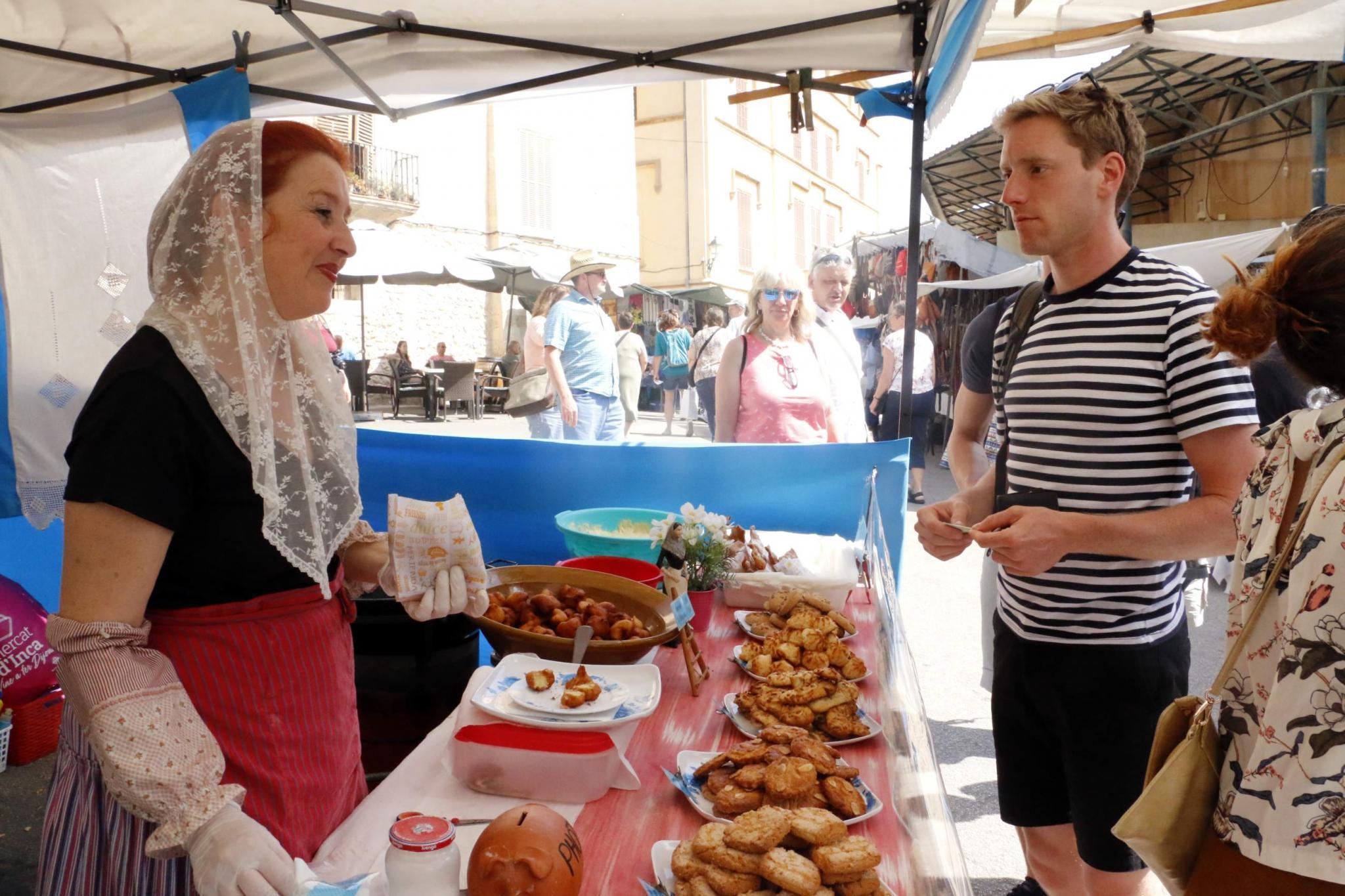 Sineu - since 1306 a place for strolling and buying

One of the most popular and best-known weekly markets is Sineu's. Many tour operators include a visit in their excursions' programme, while Majorcan residents do their shopping at the farmer's market. 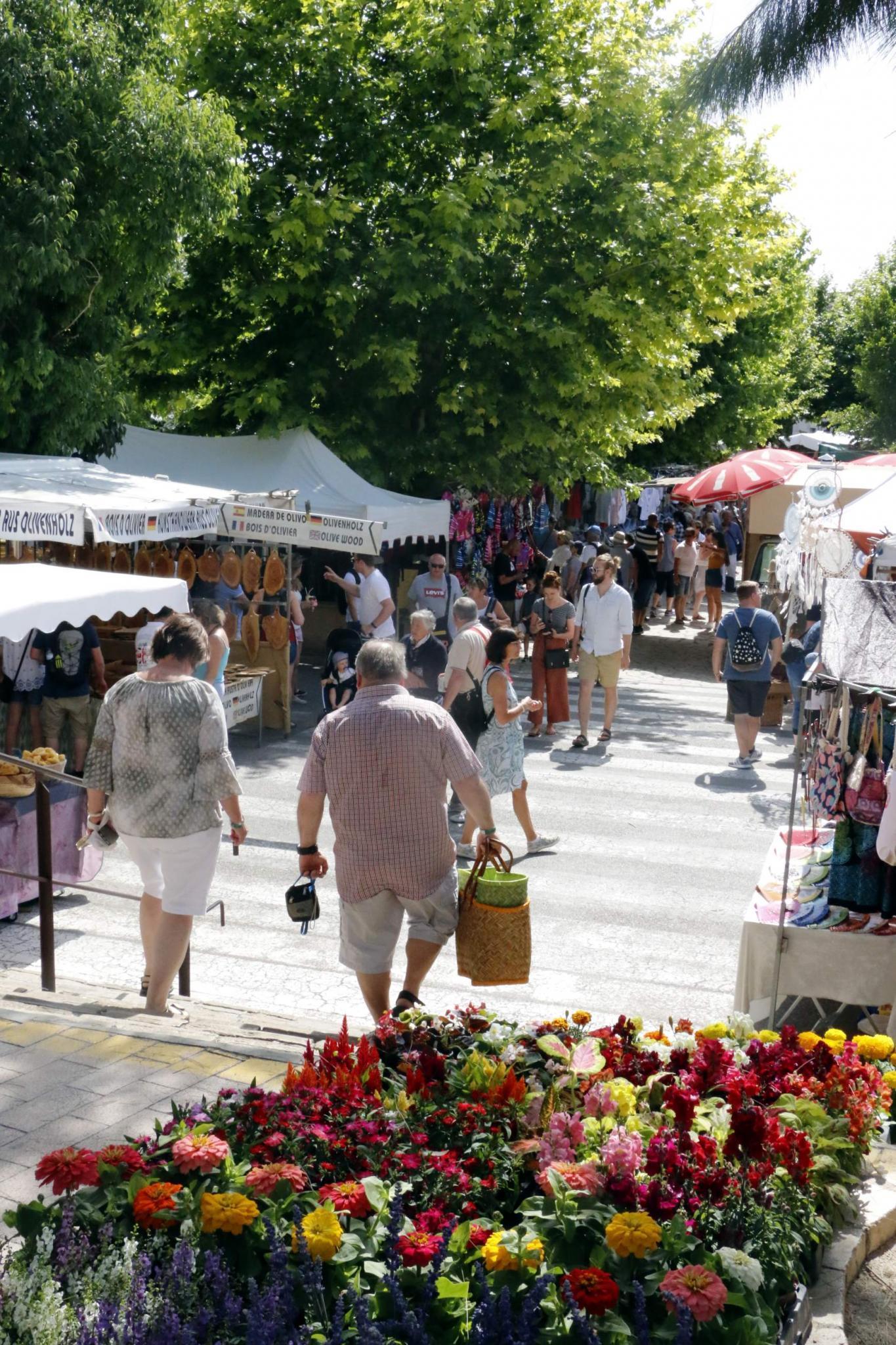 It has taken place in the streets and squares of the village since 1306, making it the oldest market on the island. Until 40 or 50 years ago, Sineu was an important trading point for Majorca's farmers, who would sell horses, cattle, poultry and other farm animals. 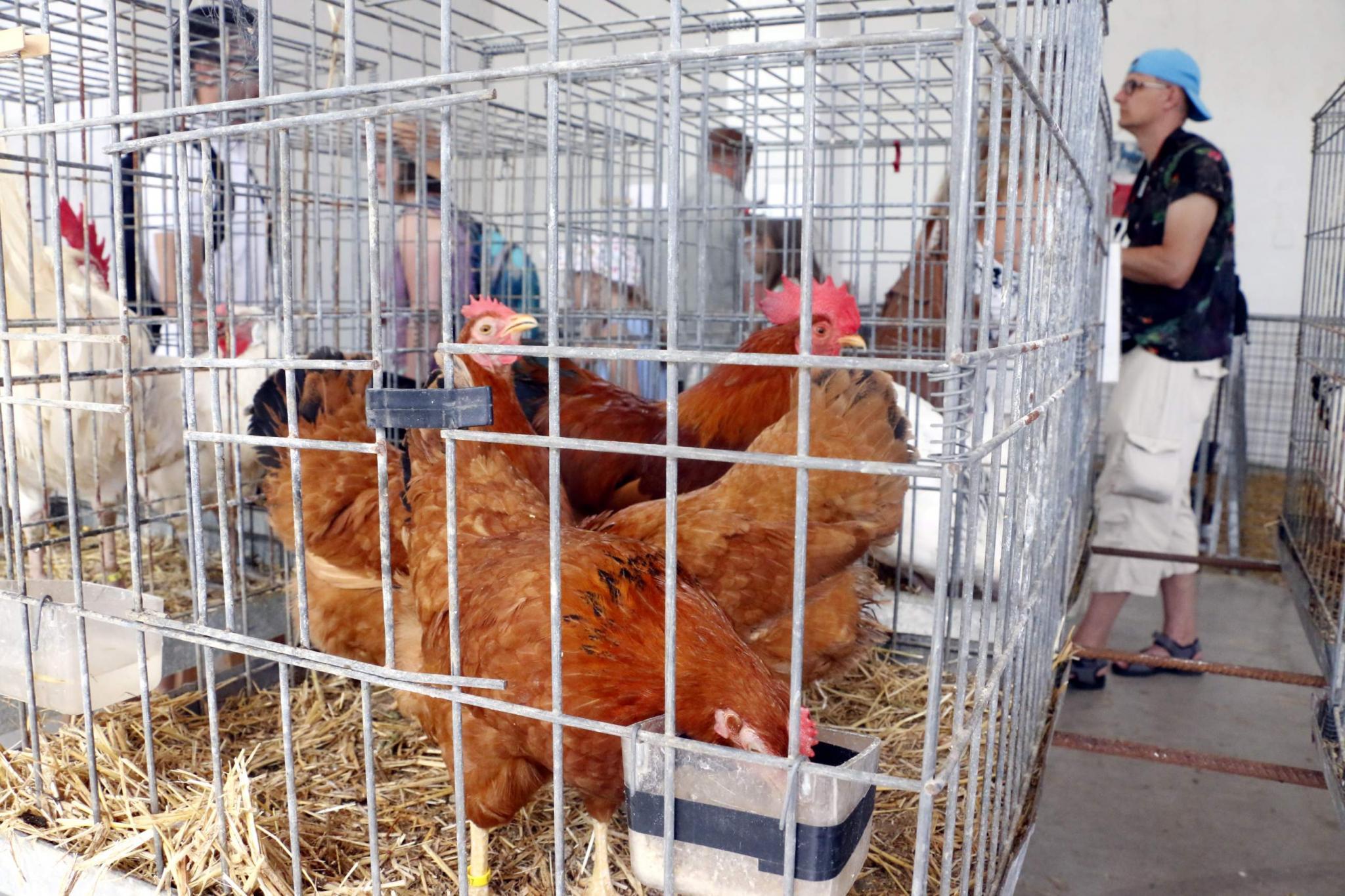 Otherwise, not so much has changed over the 713 years. Animals raised in Sineu are sold, if not to the same extent as was once the case. Chickens, geese, goats and even puppies change hands here. Around 300 traders now offer their goods at this weekly market in the centre of the island, and since last year, they have been dispensing with plastic bags for environmental reasons.

As well as farmers, other traders have their handicrafts, clothes and souvenirs, while the village bars are great for breakfasts and refreshing drinks. 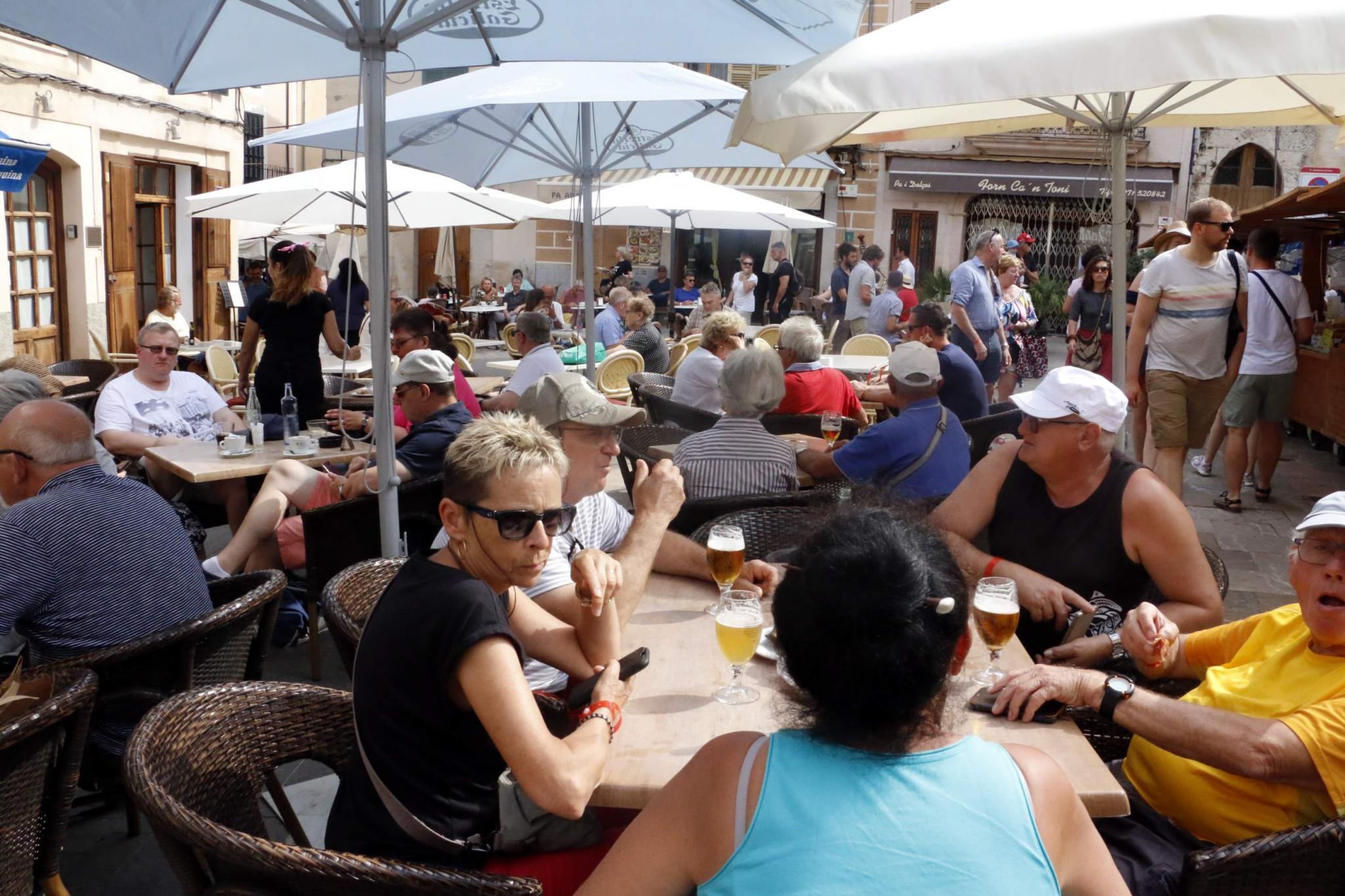 The charm of the market people is what makes markets so popular. If you ask nicely, you can get to sample some of the delights on offer.

Vicente Nicolau has been selling almonds, olives and capers for 70 years. "Everything comes from my finca," he says proudly. Smiling, he adds that they are very highly regarded by local people and tourists alike. 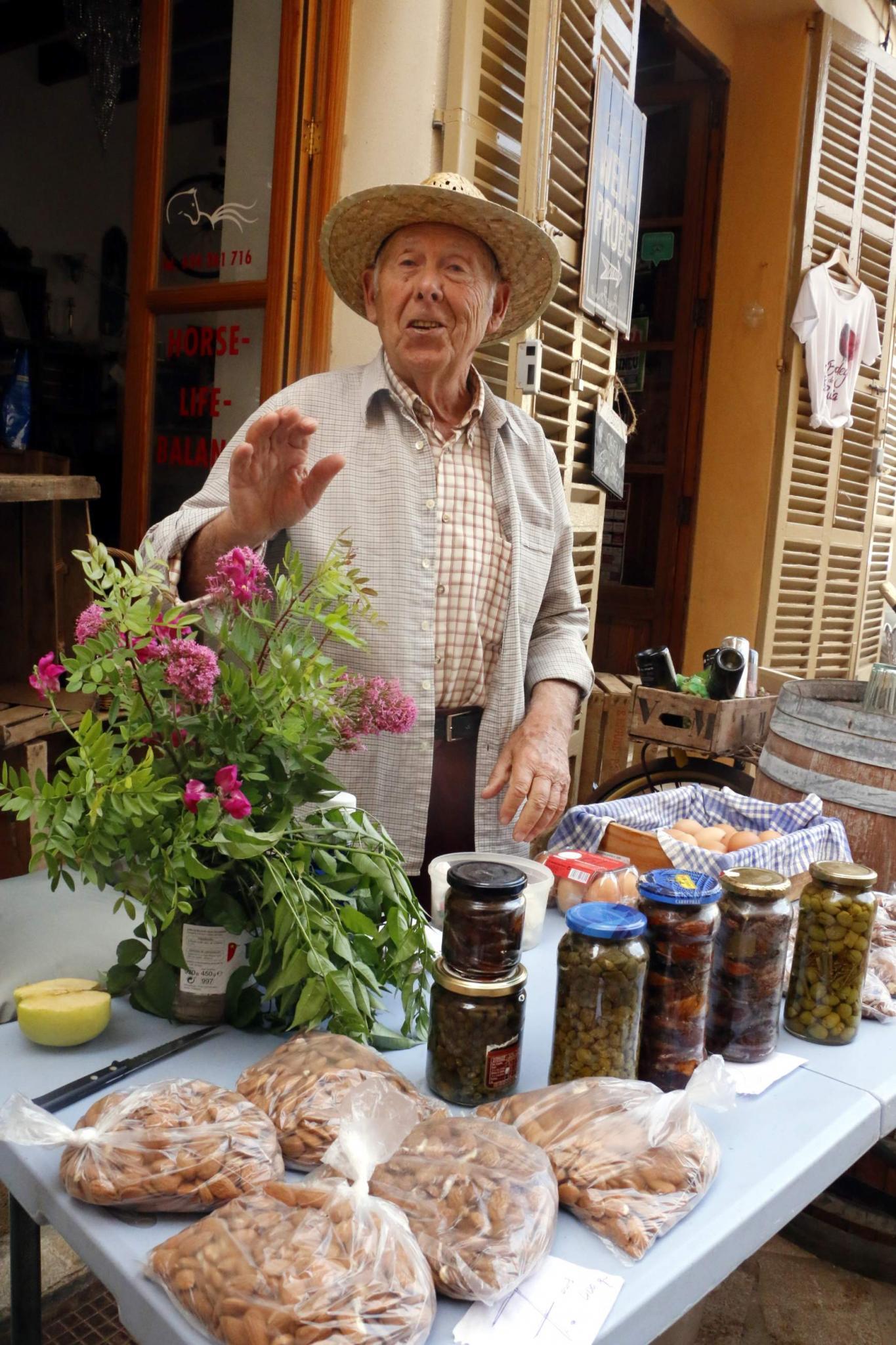 Guiem sells his farm products at the Maria de la Salut market. "Sobrassada, salchichón, cow and goat milk cheeses are particularly in demand," he explains, while preparing sandwiches for his customers. "I have an attractive stall, do I not?" he asks. 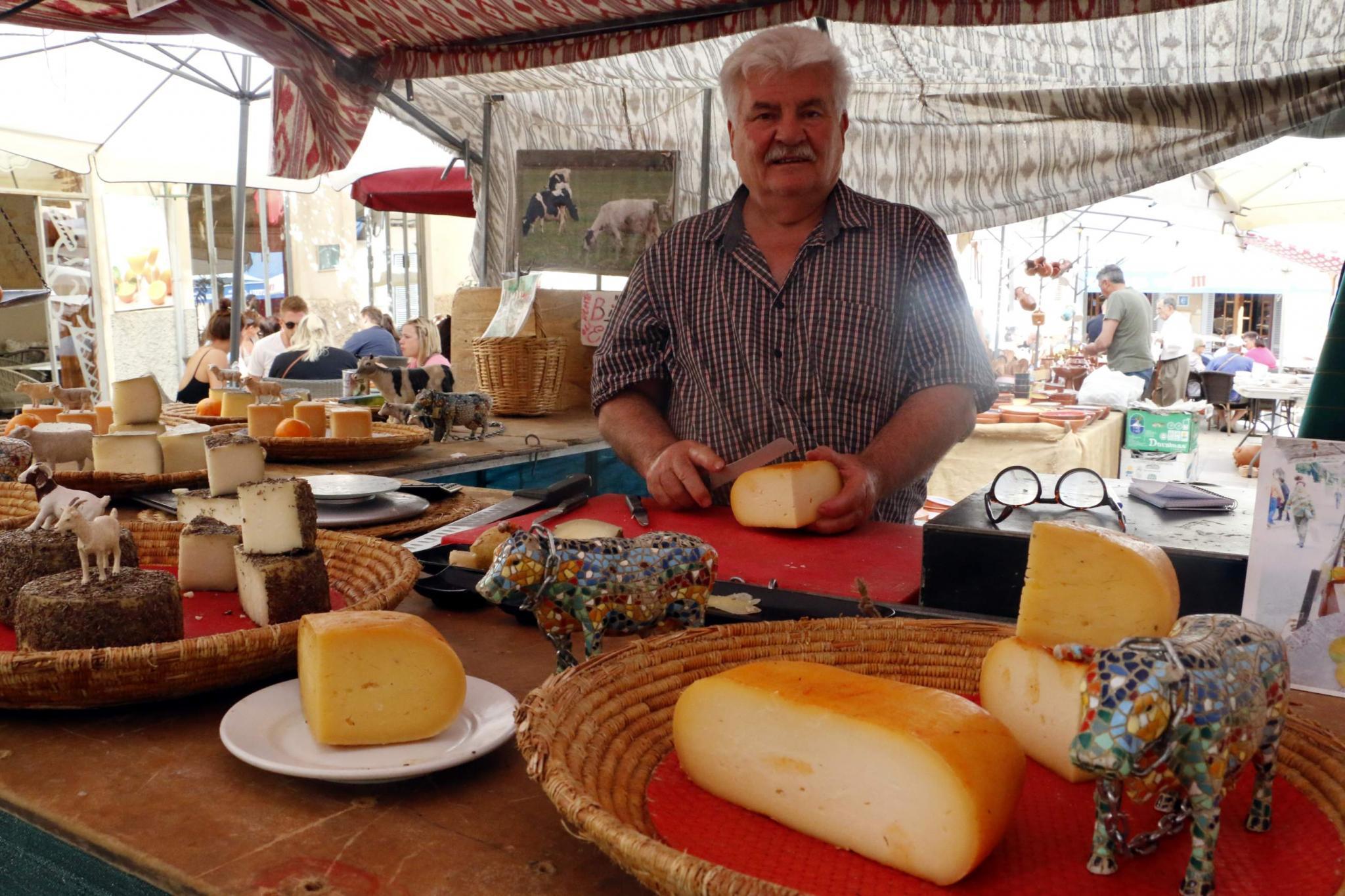 Bernat Amengual has been coming to the weekly market for 35 years. The pottery comes from his own workshop, Olleria Ca's Canonge in Portol. "I sell both classic and new designs," he says. The colourful styles are especially appealing to tourists. "You have to display a wide range so that customers have a choice." 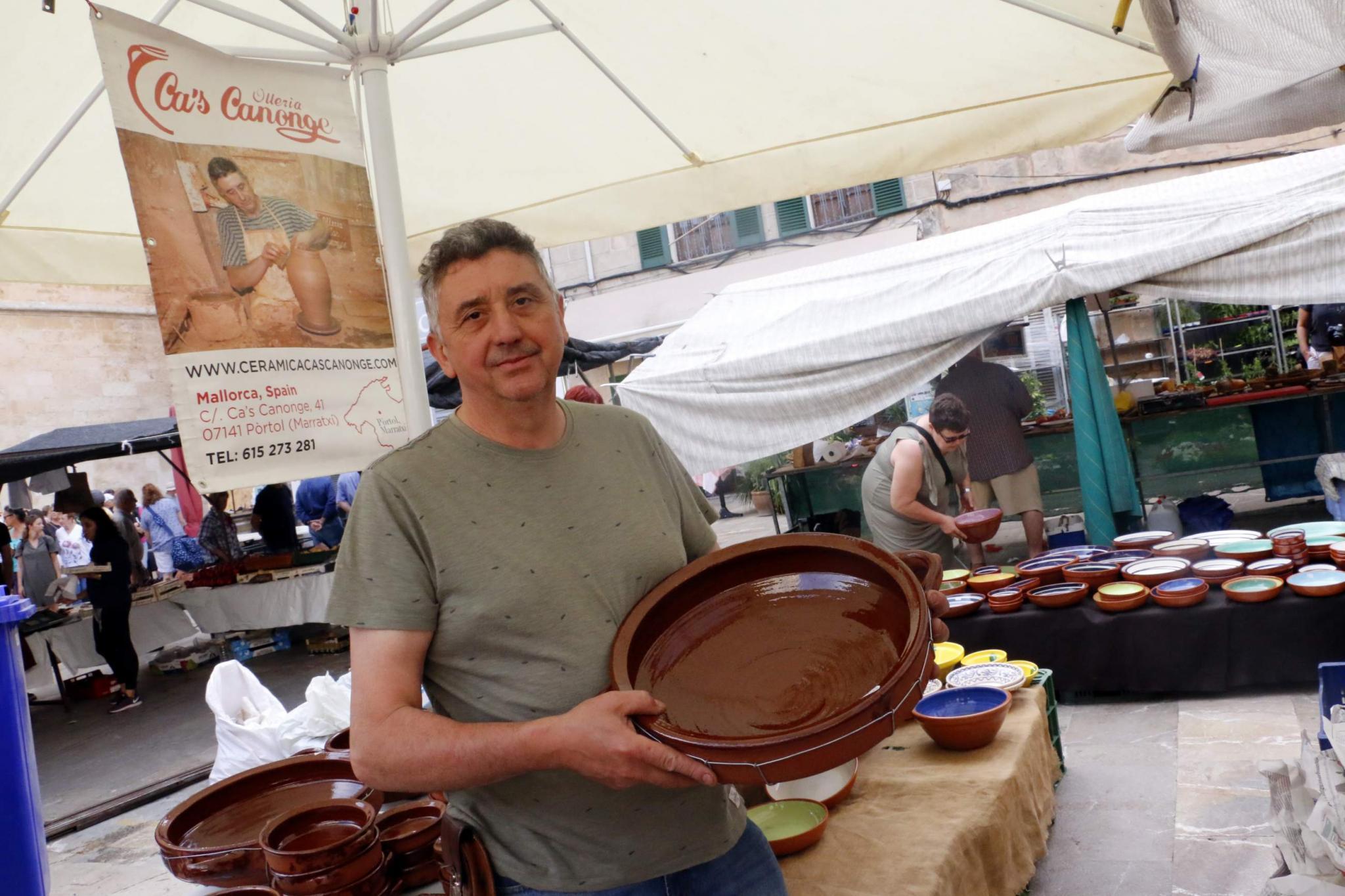 Andrea Tietz, who has adopted Majorca as her home, specialises in handmade herbal and salt mixtures; her natural cosmetics are recent innovations. "Holidaymakers like to buy products that are made on the island." She lives in Sineu and over the 15 years since she set up her stall in the side streets of the village, her trade has grown and grown. The Majorcans come early in the morning and especially on public holidays," she says. "And tourists are very good customers." 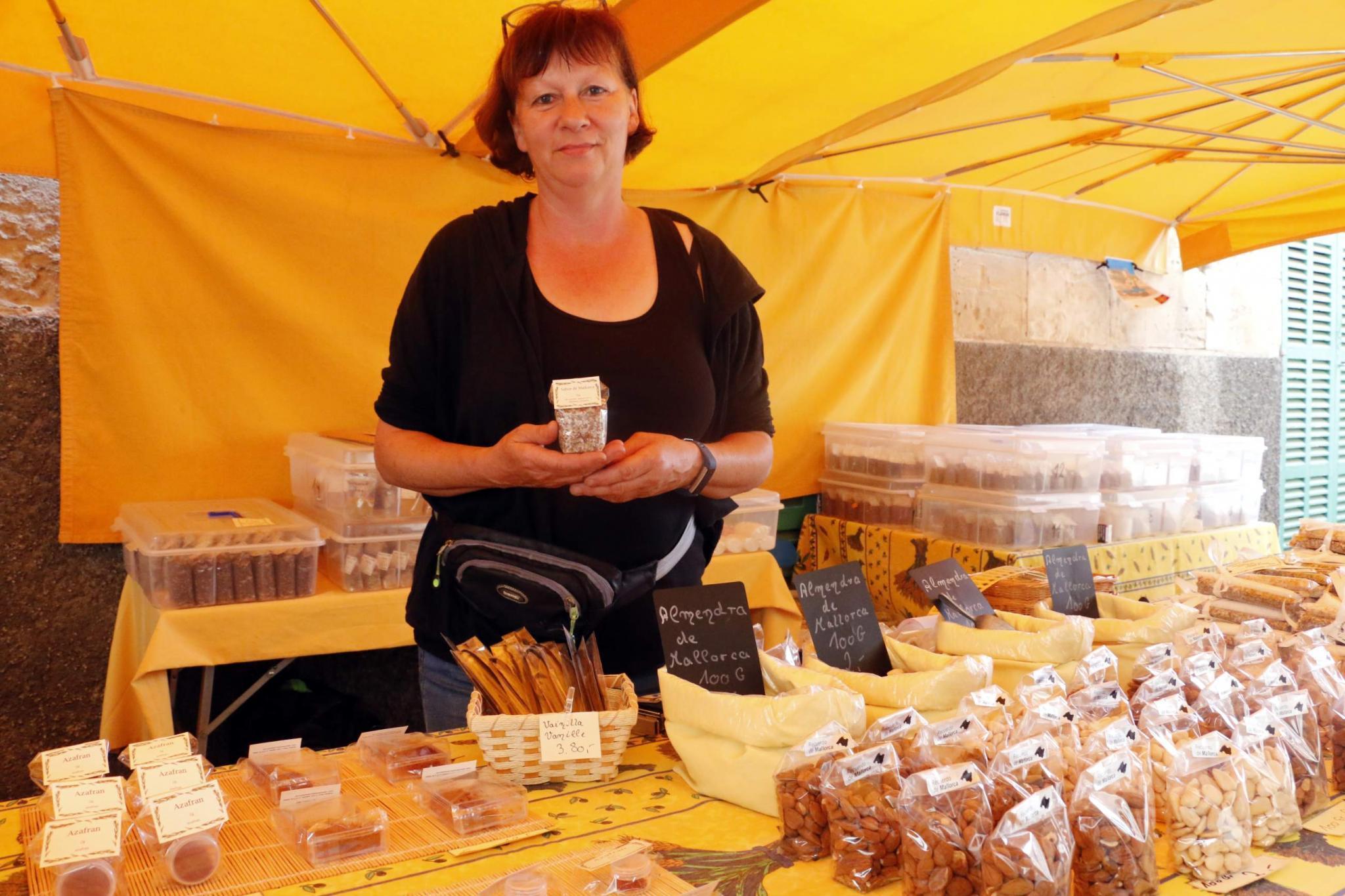 Jewellery trader Aïda Rull is delighted to be able to sell her collection in her home town. "The rings are particularly popular," says this young creative designer, whose stall is in the Plaça des Mercadal along with those of other artisans. Three years ago, an artisan market was established there, because the plaça was the historic site for the Sineu market. "It's a very emblematic market, isn't it." 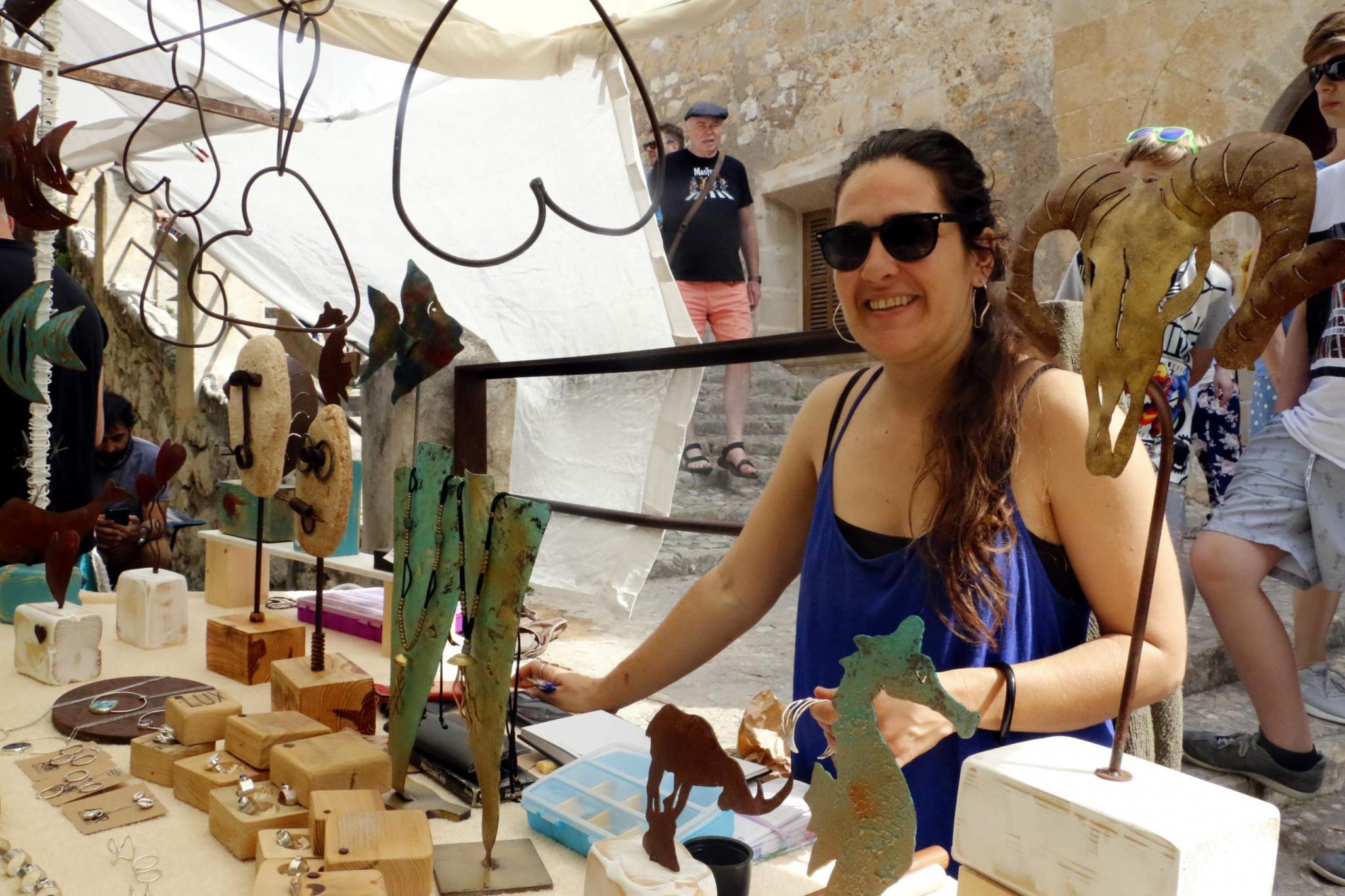 The Sunday markets are particularly popular

Certain markets are open on Sundays, and they are among the most popular

The Santa Maria del Camí market has become a favourite. Because of its proximity to Palma, it was long known about by residents; then, more and more tourists discovered it. Every week thousands of visitors mingle among the market stalls in and around Plaça Nova. 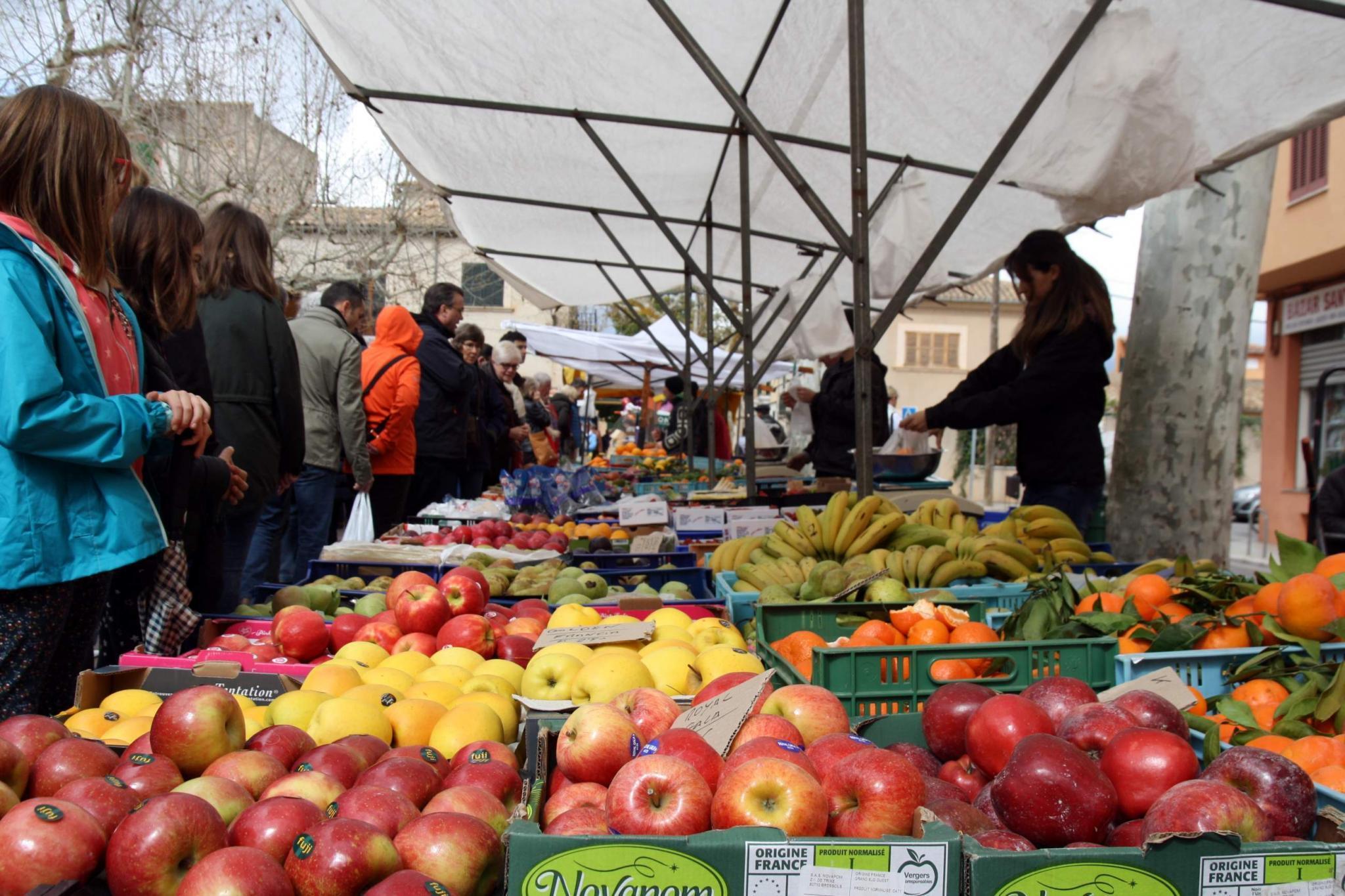 The market has a cosmopolitan atmosphere, which adds to its popularity, as also does the organically grown produce from the local area.

The markets in Sa Pobla, Alcudia, Pollensa and Felanitx are more focused on farm products. In the heyday of agriculture before the tourism boom, Sa Pobla was the island's most important food hub. After the railway arrived in 1878, there was strong growth in potato and vegetable production. The Sunday market follows this tradition to this day and attracts traders and farmers from the surrounding areas. 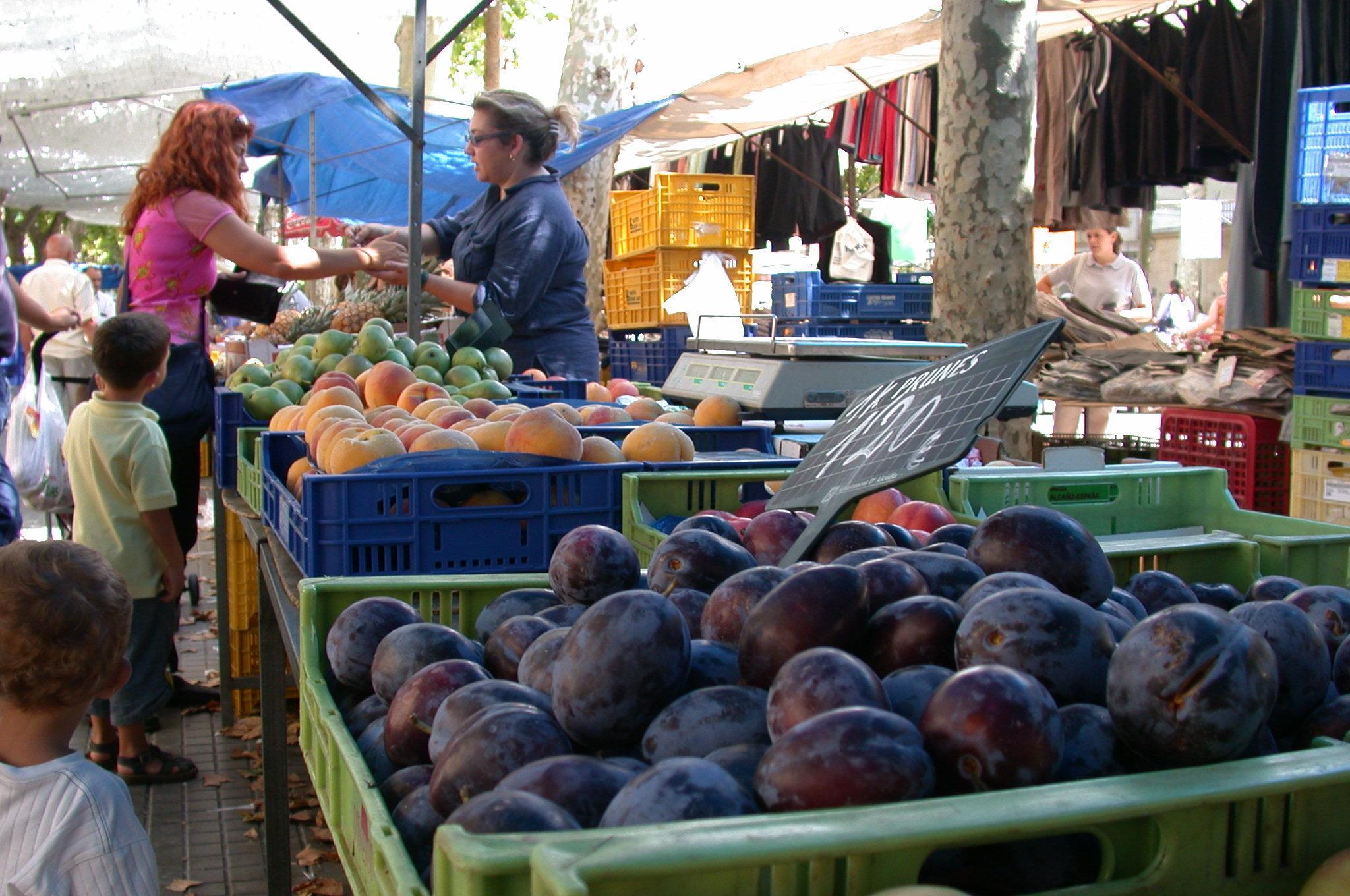 Cornerstones of Majorca's market gardening can be found at Pollensa's market. In summer, tomatoes, peppers and melons are the stars. In the cooler season, it is the winter vegetables and lettuce. Locally grown avocados are among other attractions of a Sunday market that is complemented by the vibrancy of the Pollensa cafes. 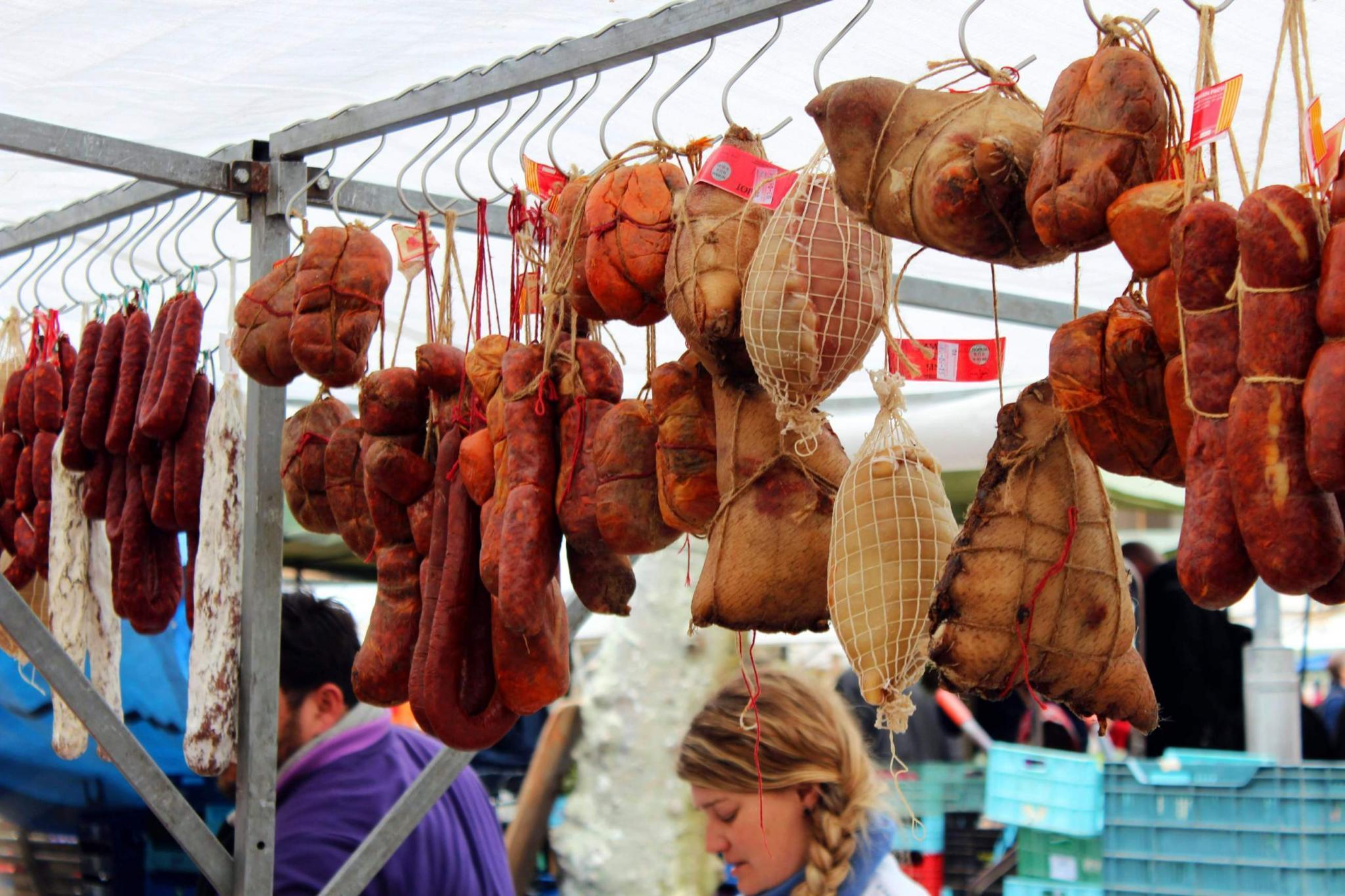 Alcudia is a picturesque treat, and you can buy fresh island mandarins and oranges at the market between the centuries-old walls. 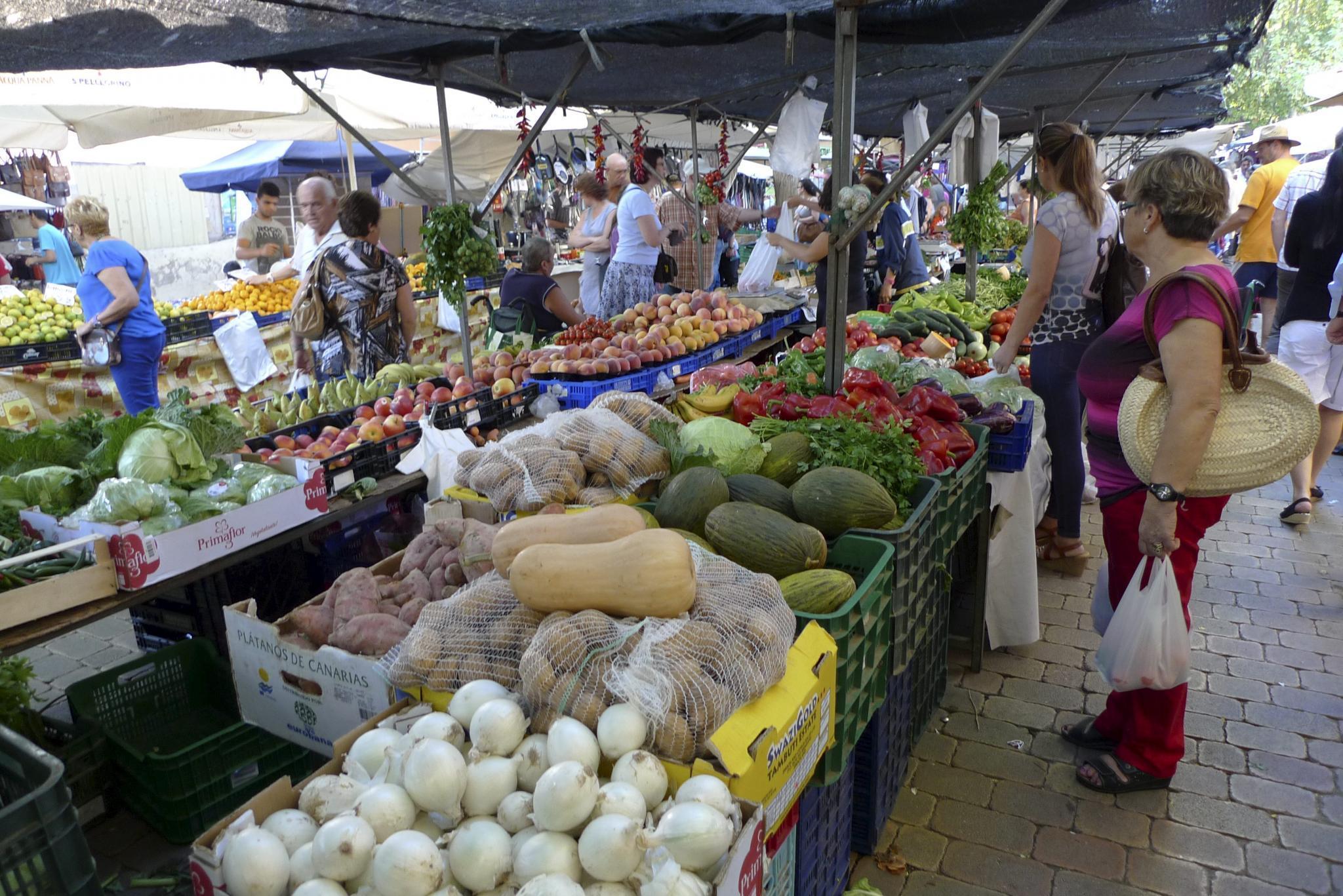 If it is rainy, Felanitx is worth a visit. On Sundays you can shop in the closed hall of the Mercado de Abastos. There are textiles, toys and handicrafts. 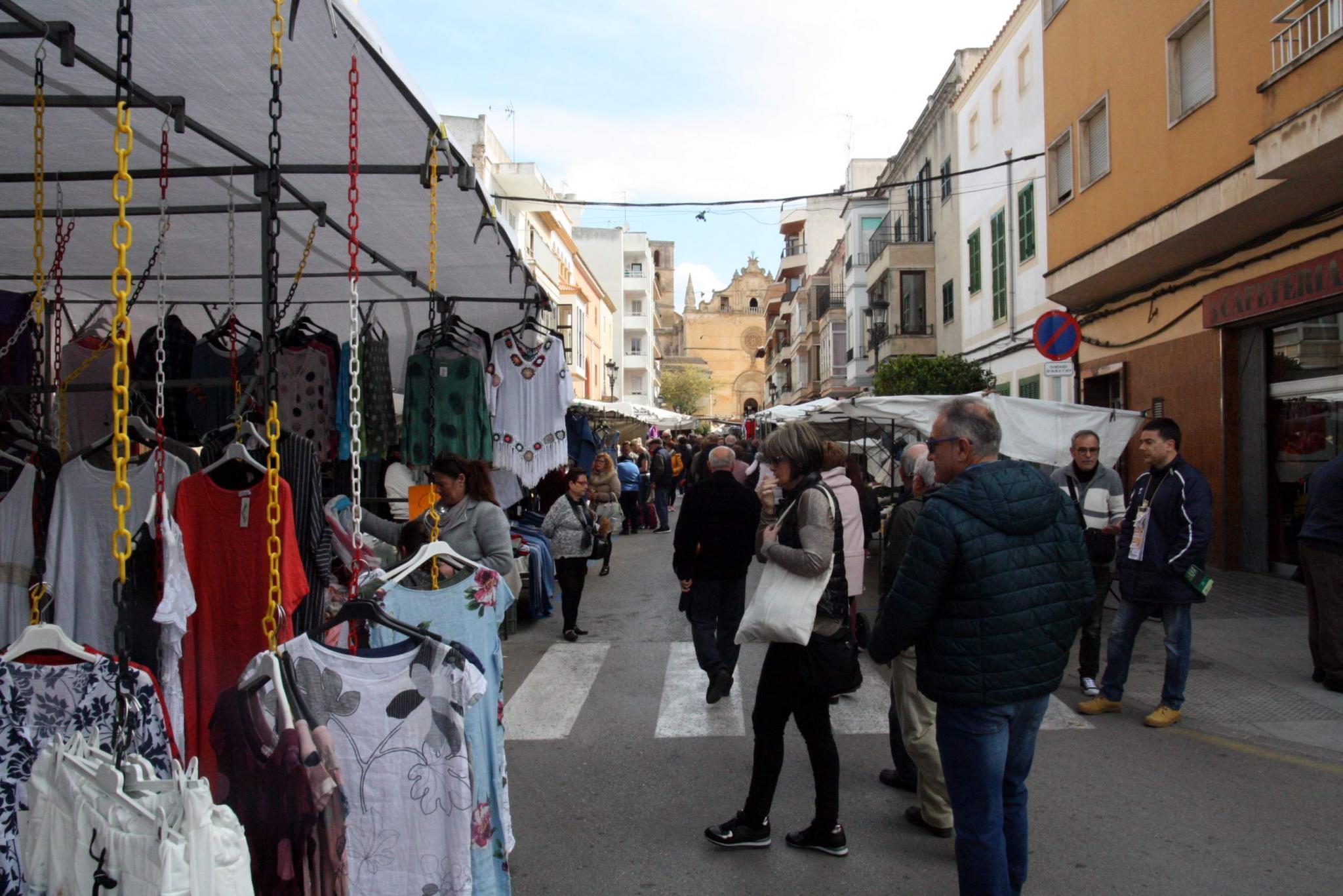 Also on Sundays is the Valldemossa market. The streets near to the famous Charterhouse are filled with the colours of local fruit and vegetables 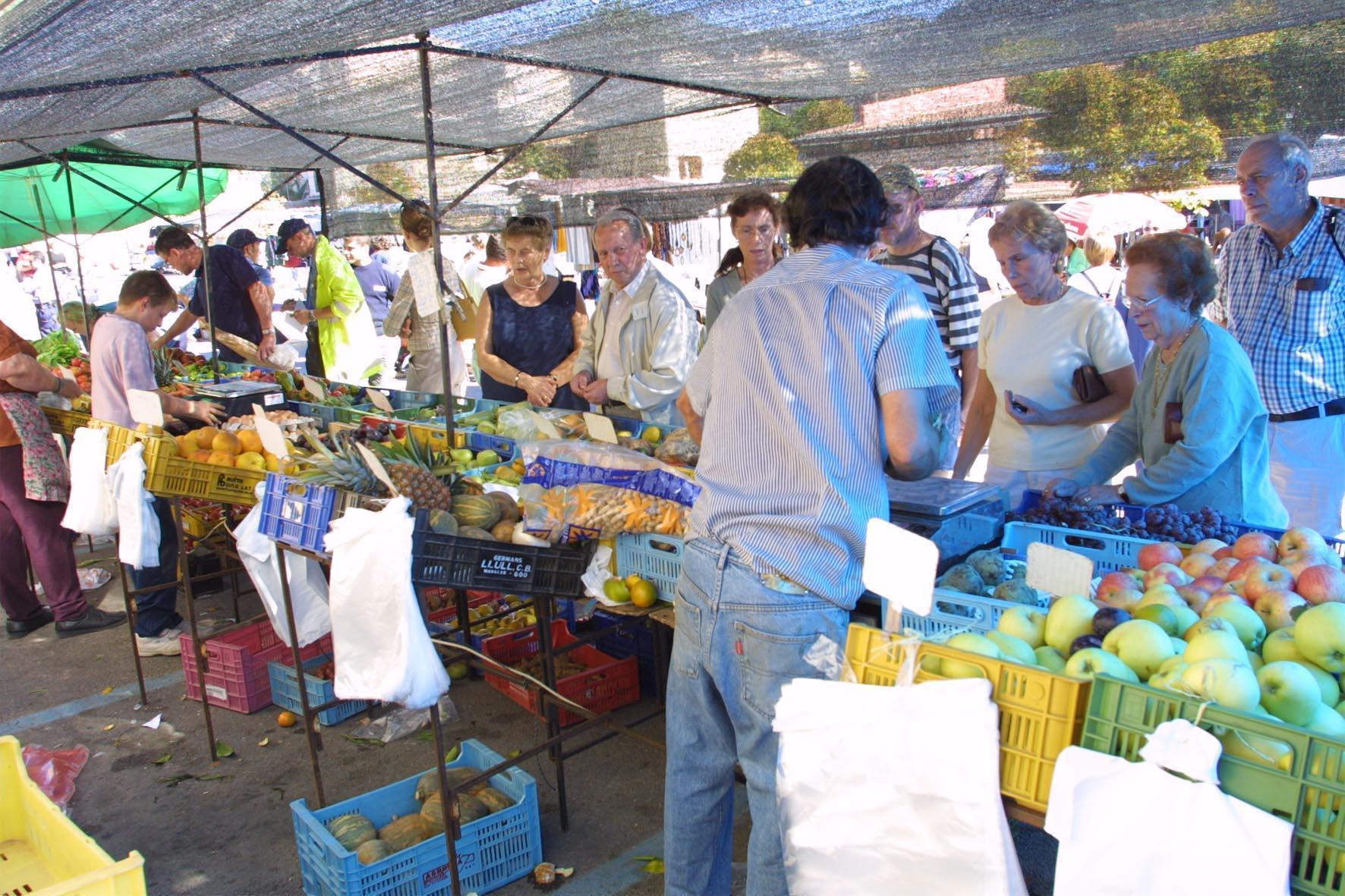 In Llucmajor, traders and farmers sell their products and produce in the Plaça Espanya three times a week - on Wednesdays, Fridays (where there are also organic products) and Sundays. And in Inca, the town known for its shoes and leather goods, the Thursday market is one of the most popular of all. 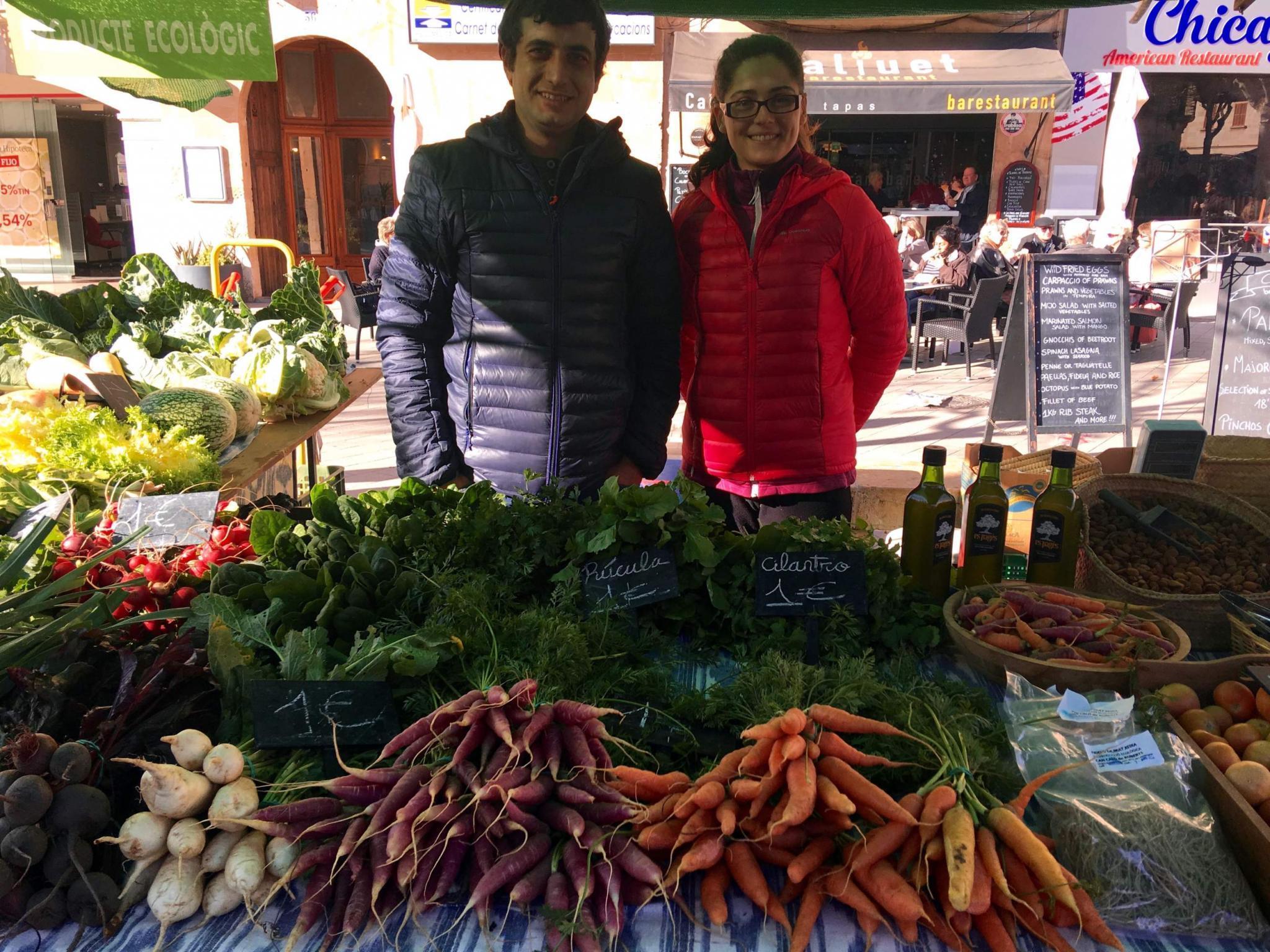 Every day of the week, all year round

If you wish to, you can take in a different market every day of the week. The markets in Capdepera, for example, are very popular with residents and tourists, and many holidaymakers from Cala Ratjada go to Capdepera each Wednesday and to Sant Llorenç with its "Gastromarket" and cultural programme on Thursdays, as well as to Santanyi on Saturdays for the clothes and handicrafts. 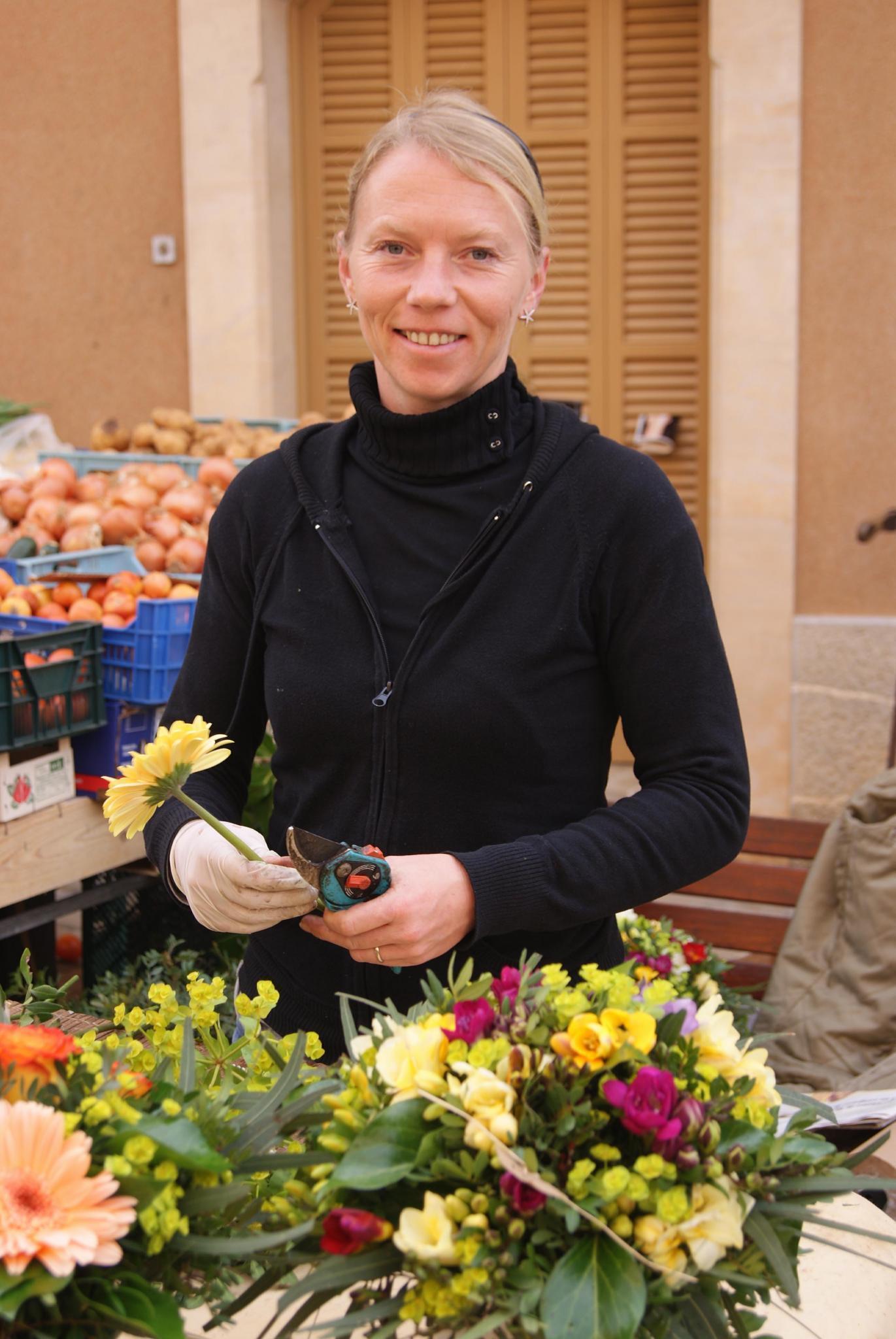 Organic farmers and stalls in Palma

Since 2010, the island's organic farmers have been going to Palma and to Plaça dels Patins (in actual fact Plaça Bisbe Berenguer de Palou). They have their stalls on Tuesdays and Saturdays. Initially there was a market just once a week, but the demand was so great that after only two years the market was expanded to two days a week. Around a dozen Majorcan producers have sheep's cheese, organic sobrassada, organic bread and eggs, fruit and vegetables for sale.

On Thursdays, the market shifts location to the University of the Balearic Islands, and has proved to be very popular with students wishing to buy organic produce and products.

If you are looking for secondhand goods, a Sunday excursion to the flea markets in Consell with 300 stalls and Marratxi (400 stalls) is very worthwhile. Up to 10,000 people can gather there on Sundays. Due to its great popularity, the "rastro" in Marratxi's industrial area was extended soon after it was first set up in 2009. An organic market was added, and this has 45 stalls for organic growers.

There are markets in the larger towns and villages all over Majorca. In all parts of the island, early arrival ensures the best parking spaces and the crispest products. The markets start at 8am and at 2pm the jamboree of the stalls comes to an end.

Further information about markets can be found at www.infomallorca.net.