Repeatedly voted ‘best small-ship cruise line’, Seattle-based Seabourn does things a little differently. Not only does it believe that travelling has the power to enrich people’s lives, it also believes that people should travel well. Their magic formula is small ultra-luxury all-suite ships with a maximum of 600 guests served by a crew almost equal in number.

There are five ships in the current fleet but, in 2021, Seabourn’s first purpose-built expedition ship will join the line-up – Seabourn Venture; a yet-to-be-named near-identical sister ship is set to follow in 2022. Featuring just 132 luxurious ocean-front veranda suites (hosting up to 264 guests), they will have a dramatic change of look and feel to the usual all-white Seabourn ship, and be capable of voyaging to diverse and extreme environments thanks to their PC6 Polar Class designation.

Richard Meadows, President of Seabourn, said: “The name Seabourn Venture is an exciting step in the process of launching even more immersive voyages, designed specifically for the expedition traveller who dares to go beyond the norm in terms of destinations and experiences they seek. Combined with the team of 26 experts who will bring the expedition experience to life, we are going to draw on our pedigree to deliver breathtaking experiences, and I know Seabourn Venture is going to create lifetime memories for the adventurer who wants to go farther, into more remote destinations than they may have ever seen before, in true Seabourn ultra-luxury.” 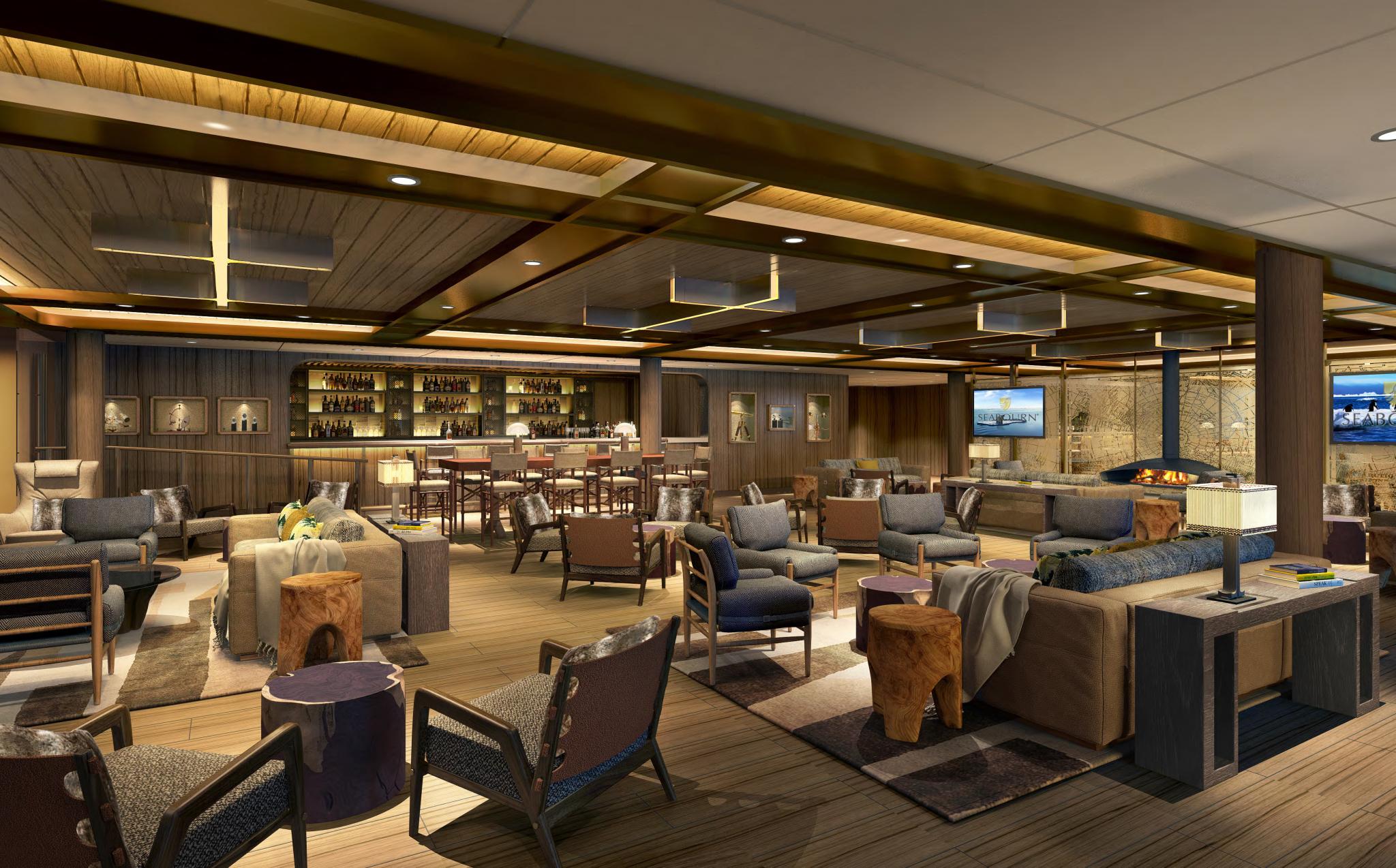 Both Venture and her sister will carry expedition teams made up of scientists, historians, naturalists and wilderness experts. They will be there for shore excursions, formal onboard presentations and more casual conversations over a glass of Chablis in the bar. The vessels will also be equipped with a number of kayaks and 24 Zodiac inflatable boats which can take all guests ashore at once – a truly immersive experience. But, for many, the most mind-blowing element of the expedition encounter will be the two custom-built submarines carried onboard. 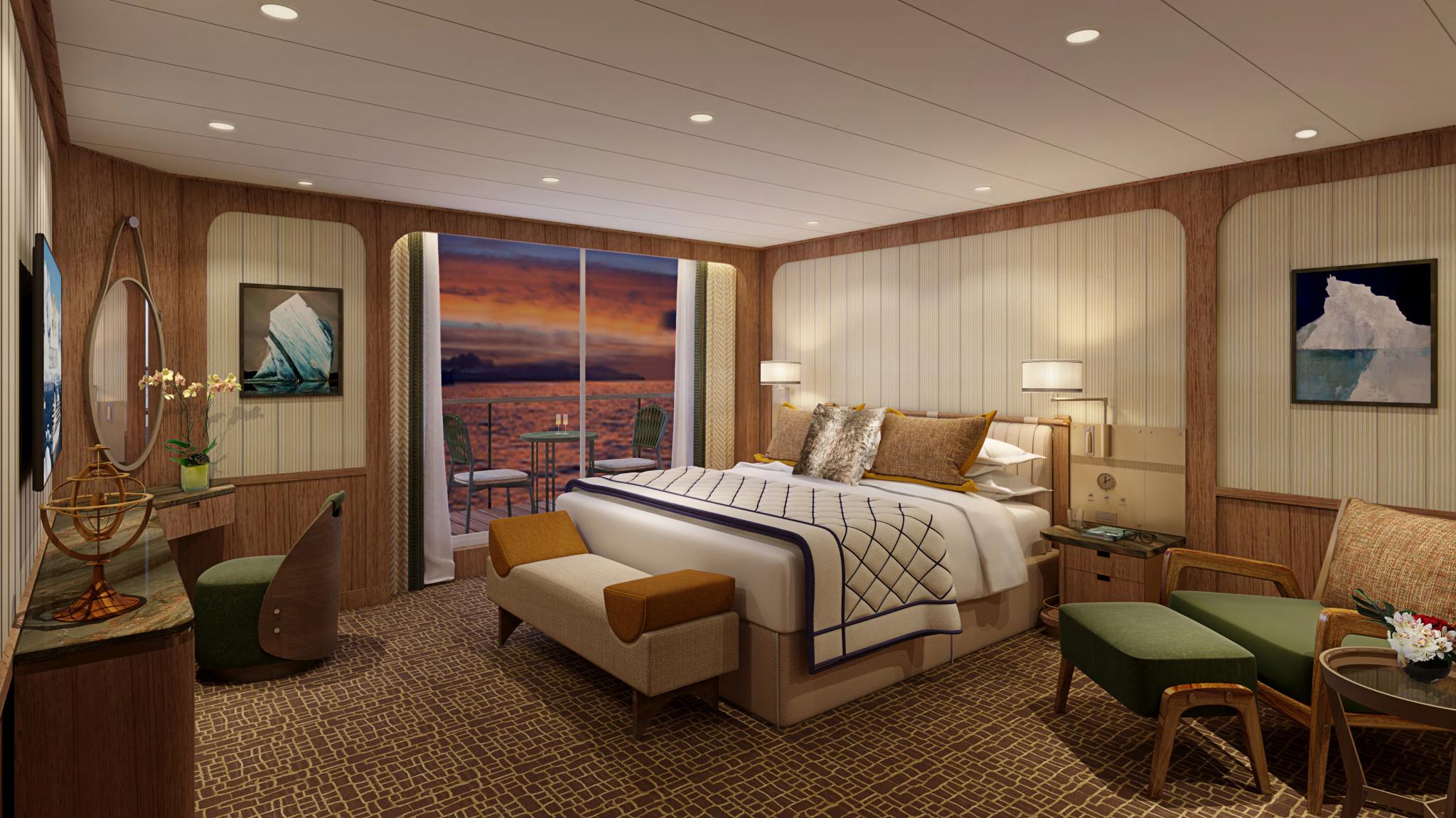 Specifically designed for Seabourn, the two Cruise Sub 7–300s from Dutch submersible manufacturer U-Boat Worx are certified for continuous dive operations of up to eight hours. They can journey up to 300 metres beneath to scout around sunken wrecks, coral reefs and marine wildlife in their natural habitat. Battery-powered, they pose no environmental risks and are equipped with a multitude of safety features for peace of mind. 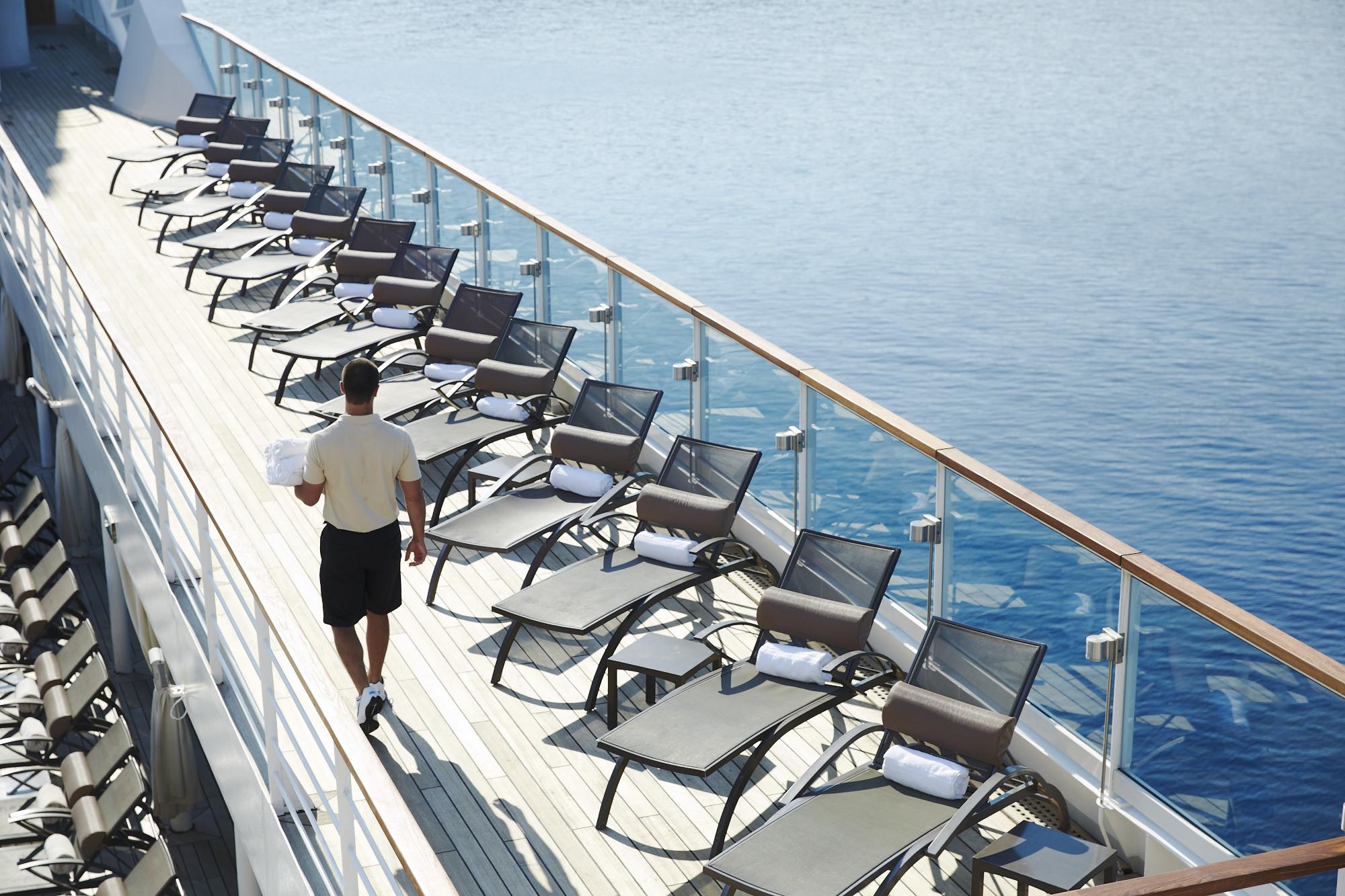 Each sub is fitted with an underwater video camera system to capture the outside world, alongside an internal version to record guests and their immediate surroundings. This footage can then be projected onto large screens during those onboard presentations in the Discovery Centre. There will also be underwater floodlights, sonar for an extra pair of eyes and an advanced tracking and navigation system.

The Cruise Sub 7–300 carries six guests in two three-seat acrylic spheres flanking the central pilot position. The spheres offer undisturbed undistorted views and can even be rotated to capture the best vistas. And, in keeping with the Seabourn ethos for luxury, the seats will be covered in custom-embroidered leather, while air conditioning, a Bluetooth stereo and champagne chiller will maintain those creature comforts.

Robin West, Vice President of Expedition Operations for Seabourn (what a job!) said: “The undersea world is often considered as the last great frontier on Earth, with more than 80 percent of the underwater realm remaining unmapped, unobserved, and unexplored, according to the U.S. National Oceanic and Atmospheric Administration. With these subs, we’re going to take our guests to places that few have ever seen first hand, leaving them with a perspective on the world around us that is jaw-dropping and will create stories to last a lifetime.”

As the most sought-after submersible supplier to the cruise industry worldwide, Seabourn isn’t the only cruise liner that U-Boat Worx has produced submersibles for. They have also installed similar gadgets for Star and Crystal Cruises and feel that the practice will become even more commonplace in the future.

Bert Houtman, Founder and Chairman of U-Boat Worx, says: “Our operations on cruise ships have inspired the development of our Cruise Sub series. Whether the operator is involved in deep-sea exploration at remote locations, or is undertaking repeat sub-sea excursions around coral reefs, our Cruise Subs provide an optimal and unforgettable underwater dive experience for passengers.” 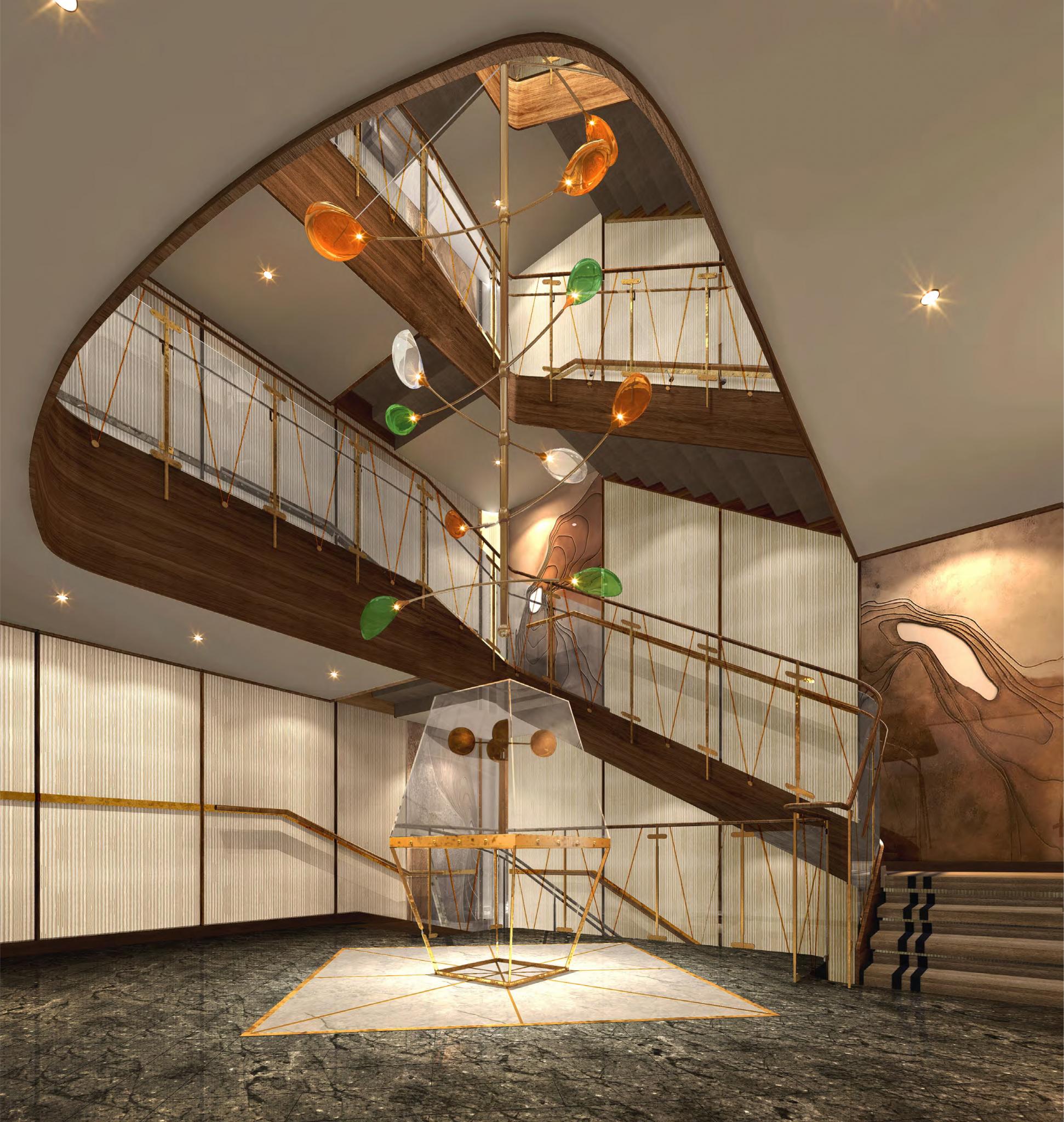 Seabourn Venture is expected to hit the water in June 2021 and set off from Lisbon on a ten-day pre-inaugural ‘Highlights of the English Channel’ cruise on July 5. There follows a busy itinerary, taking in the rugged terrain of the Norwegian Svalbard archipelago, Greenland, Iceland, the Canadian Arctic, the Caribbean, the Humbolt Route from Peru to Chile, Antarctica, the Falkland Islands, Brazil and the Amazon, and back to Europe by spring 2022. In fact, during this period the ship is scheduled to sail to more than 150 unique and fascinating destinations across the globe, many of which have been visited by only very few travellers. Let’s hope you get to join them.

The itineraries and fares of Seabourn Venture’s inaugural year are available at www.seabourn.com.