The Classic Car Club of Mallorca is well known for monthly events which range from car shows and picnics in the heat of the summer to driving events all over the island in mellower weather. This time, on the last Sunday in October, Sue Dodd organised a fun rally with a little help from her other half, Ray. That’s their own description of who did what, not mine.The Windmill Trail began just west of Llucmajor, in the glamorous car park belonging to the Teak and Meridiano outlets. Being Sunday, the deserted area was a convenient meeting and coffee point. Sue had the foresight to bring not only coffee but some yummy mini croissants. These went down very well whilst we all perused the route outlined in the Tulip road book. And scrutinised the 14 questions. 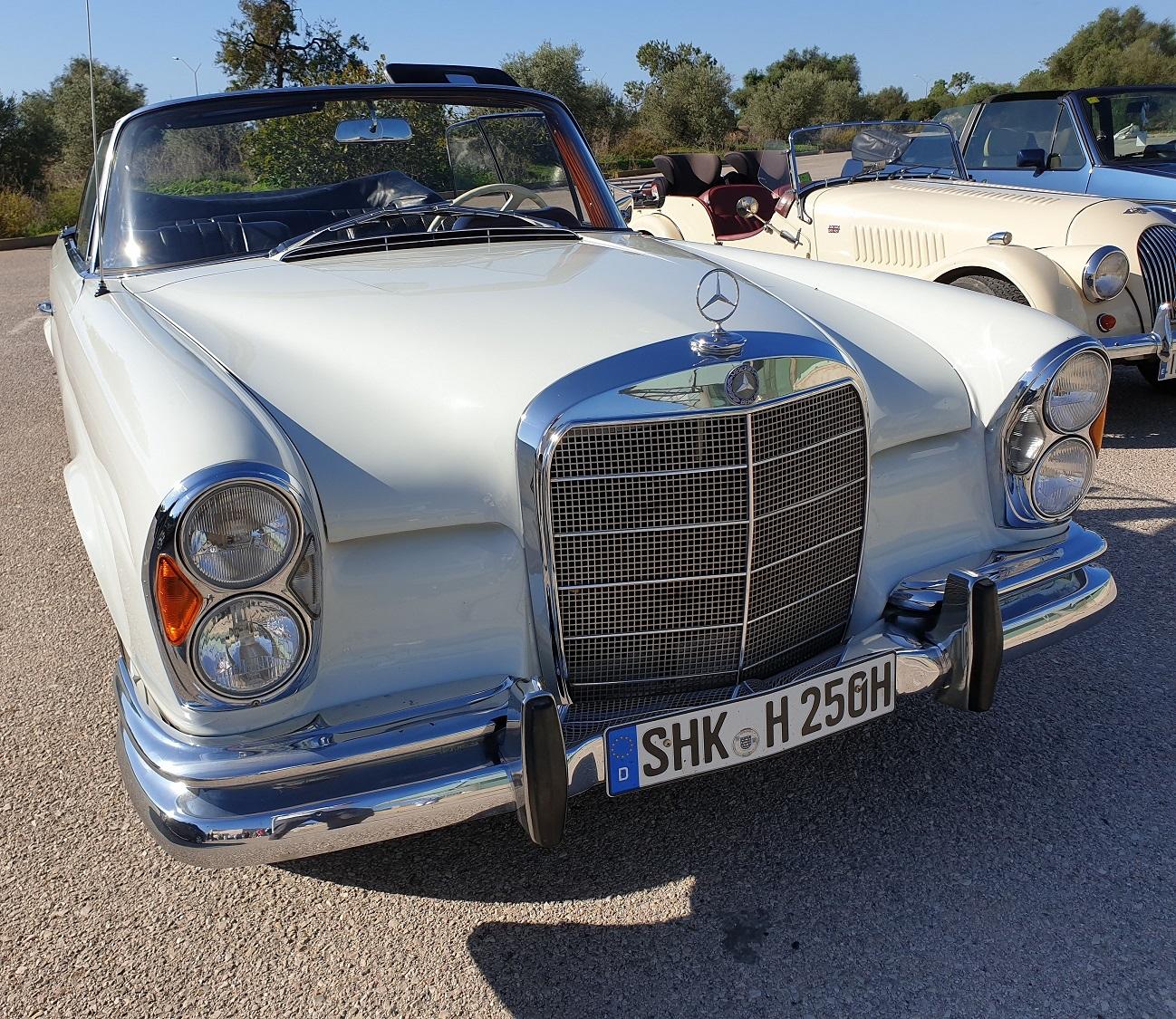 A Tulip road book, for those of you not familiar with rally terminology, consists of a string of direction instructions in sequence. These are visual and drawn to represent the shape of a junction showing where one enters and leaves, accompanied by the mileage measured from the start so you know when you’re there. Following these is mostly straightforward. The problems start if one misses a turning or takes the wrong one. The sequence is broken and you’re lost. It happens to the best of us.

As you may have gathered from the name of the event, all the questions were about windmills to be found along the route. The windmills could be ‘old or new, working or retired’. When the answers were assessed at the finish line it became clear that most of the entrants had not taken full note of those descriptions. 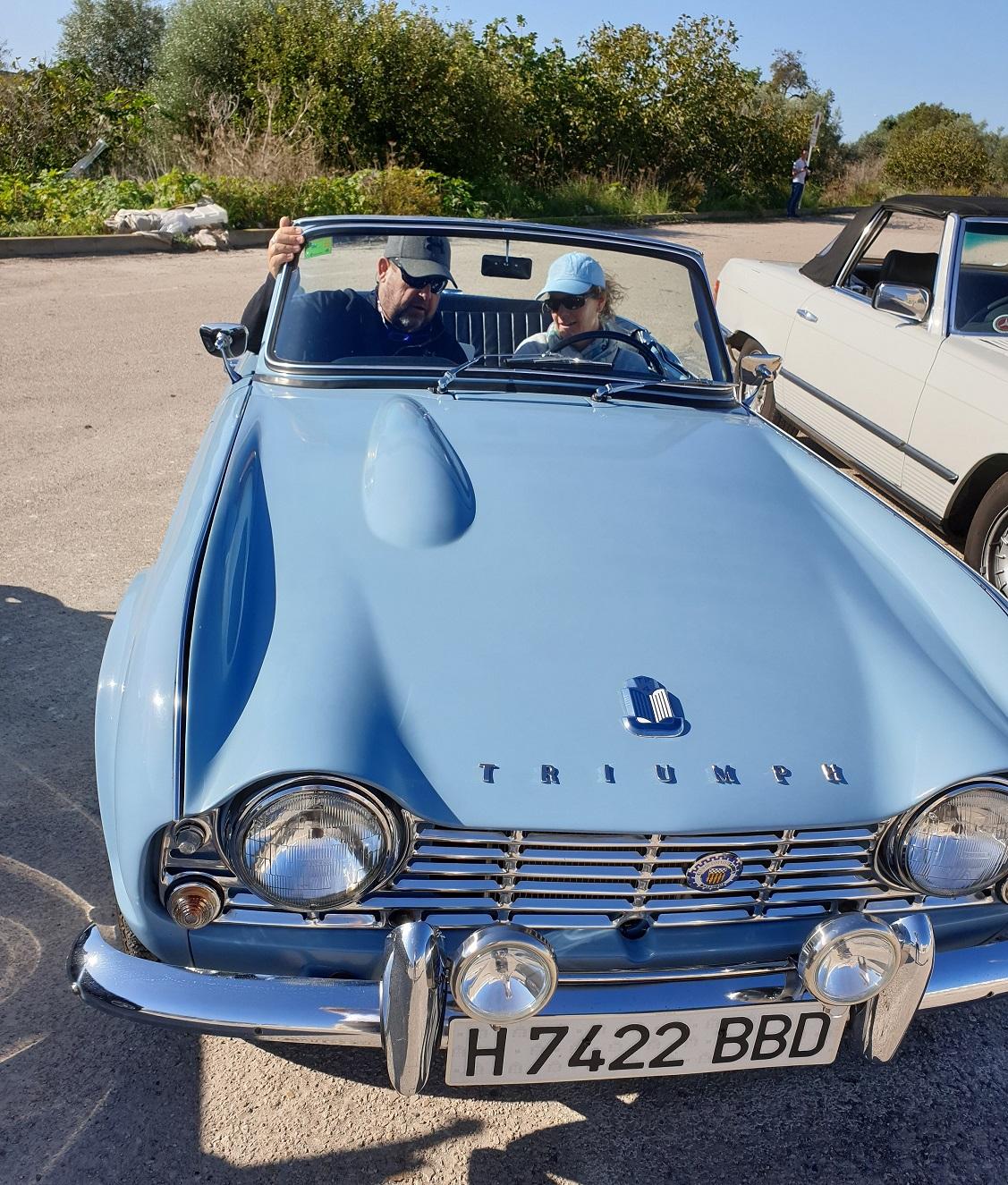 The route was picturesque, on roads fun to drive and I think we all enjoyed the pace. The run took us through the outskirts of Llucmajor and down south as far as the coast at Sa Rapita. Which certainly looked its best as we cruised along the waterfront on such a gorgeous sunny Sunday. On the way to lunch at Randa, the 14 windmill clues had to be identified, a couple of which were tricky to say the least. The Blonde and I, frustrated by missing one particular windmill, backtracked and ran the segment again. It was worth the extra 20 minutes.

The results were announced after a delicious lunch at Reco de Randa. Taking the winner’s podium were my wife Jane and yours truly, in her Merc SL. 2nd place went to Elke and Peter Dinsing in their Austin Healey. And in 3rd place, Ann and Paddy Pigden in their Alfa Spyder. All had a great day and many thanks to Sue for finding all those windmills. And to Ray for his help. By the way, the crucial windmill clue which more or less decided the winners was very hard to spot, a modern wind turbine. 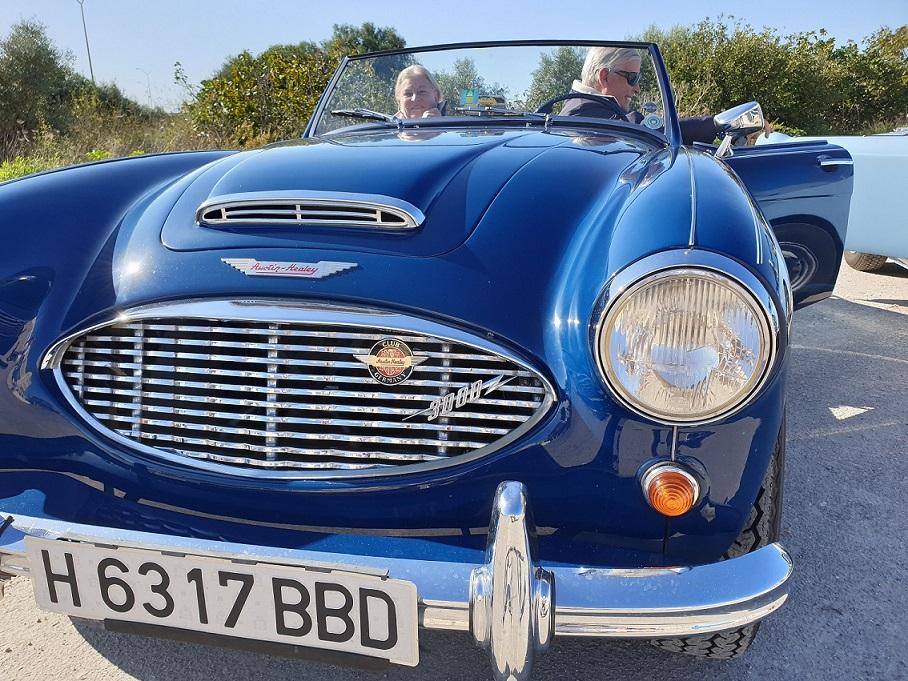 This rally around the south of Majorca in pursuit of windmill clues was something of a British sports car fest with no less than 3 Austin Healeys entered, one of them claiming 2nd spot. Two Triumph TR4s, accompanied by a Morgan, two MGs, a Cobra and a Jaguar XK proved that British wheels tend to dominate the classic car scene wherever you are. Mind you they may not necessarily dominate the winner’s circle because, as I already mentioned, the winner was one of three Mercedes entered and 3rd place was driven in an Alfa.

On that happy note, and I can’t say that we’re in any way displeased with the results, I’ll sign off for this week. Next time back to The Boat House for some more news on four wheels.