Majorca is seeing some glorious sunshine at the moment, and many resident birds are singing and establishing breeding territories. Now the squabbles will start as rival male’s battle it out for supremacy. However, Storm Gloria has certainly left a lot of damage and my thoughts go out to those affected by this. Migration is already underway although still a little slowly, but as the latter part of March goes into April things will be a lot different. The Almond trees on Majorca are full of blossom at this time of year, giving off that characteristic sweet smell, with the pinky-white flowers adding a splash of white to the landscape. The Almond is native to Iran and the surrounding countries. It was spread by humans in ancient times along the shores of the Mediterranean into northern Africa and southern Europe. The word “Almond” comes from Old French almande with other related names including almendra (Spanish). Many species of flower are starting to burst into life, adding splashes of colour to the landscape.

La Gola, the now well renowned wetland reserve on the edge of Puerto Pollensa has opened its doors again as of February 1, and visitors can delight in seeing daily bird lists for the reserve, obtain information on the flora and fauna of the site and enjoy speaking to the friendly staff. La Gola has a good selection of birds on a daily basis, as the tidal-fed water in the lagoon contains a variety of species of fish which in turn attract Little Egrets, the occasional Great White Egret, Cormorants, and Grey Herons and in the summer – the stately Purple Heron too. Winter sees the Kingfisher a daily occurrence, and there are a variety of diving ducks along with Coot and Moorhen. The shrubs and trees around the site are always worth checking through for early migrants, and resident Firecrest and Sardinian Warbler can be seen, along with winter visiting Chiffchaffs and Black Redstarts. Late March into April will see the orchids putting on a display, including Mirror, Bee and Tongue Orchids (the latter sees two variations here). Numerous dragonflies will soon be present to include the beautiful Red-veined Darter and Wall Lizards will become evident – always on the lookout for predators such as the resident Kestrel and the summer breeding Woodchat Shrike. 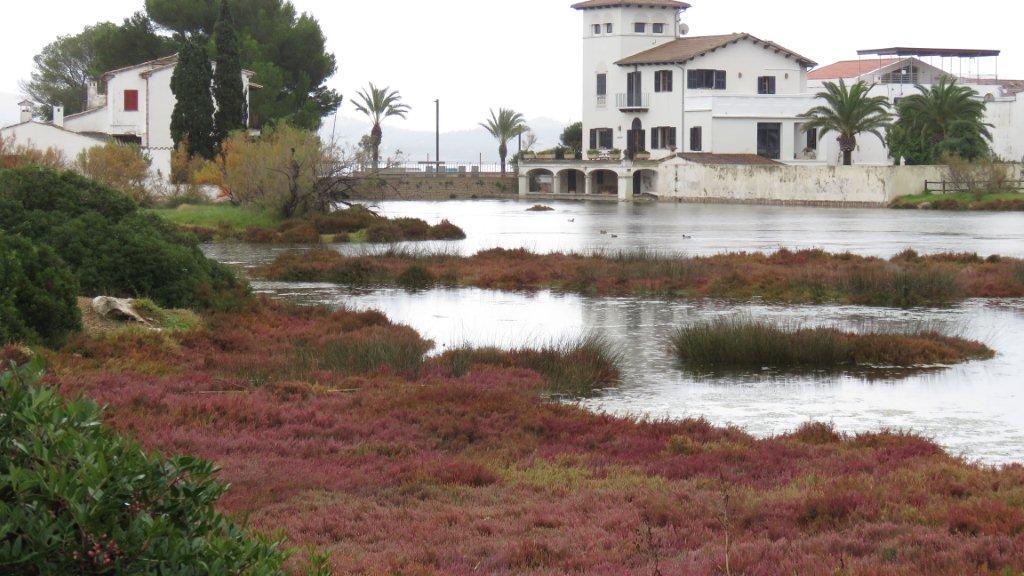 In April I will be doing a talk and a book launch here for my new book which is the most up to date and comprehensive bird watching book written for Majorca. I am looking forward to this.

The early birders on the island

If you speak to people who have been visiting Majorca for many years, three names they may well recognise will be Pat Bishop, Eddy Watkinson and Graham Hearl. These were some of the early bird pioneers for Majorca who recognised the potential for the birds and wildlife and appreciated the varied habitat to be found. They understood how potentially important areas such as the Albufera Marsh could be, and when this was declared a Natural Park on January 28th 1988 it soon became established as the best bird watching location on the island. As time went on, certain people who had gone above and beyond were commemorated by having hides named after them. One such hide is the Watkinson Hide, named in memory of Eddy Watkinson. This hide can be accessed once you pass the visitor centre and continue along the path that leads to three stone bridges over a wide canal. The second (and longest bridge) is a good spot to scan for Moustached and Cettis Warblers, Nightingales, Little Bittern and other water birds. Crested Coot, Eurasian Coot, Moorhen, Red-crested Pochard, Gadwall and Mallard frequent the water areas around here and reptiles such as the Viperine Snake can be seen in the canal below. Little and Cattle Egrets flit across the canal and the occasional Squacco Heron can be seen (in the breeding months). A track just before here to the left takes you down to the Watkinson Hide. It is a relatively short walk to this hide. Little Bittern has shown well from this hide on a number of occasions.

I never knew either Eddy or Pat Bishop but have heard the names mentioned a number of times. The Bishop 1 and 2 Hides, built in 1987 are now also known as Es Cibollar number 4. They can be found about 350m along the track leading to the right of the third stone bridge. Cettis Warblers and Nightingales will keep you serenaded as you walk along the path bordered on both sides by trees and shrubs with Speckled Wood butterflies being plentiful. The Bishop 1 hide is my favourite on the reserve as it has a commanding view over a large area of water, with areas of exposed mud, perches for birds and reed beds beyond. Spend some time in here as the bird diversity can be amazing. The Bishops hides were named after Pat Bishop – another early pioneer, with Bishop 1 hide in particular being one of my favourites to visit on the reserve.

Migration time is always rewarding from this hide and expect to see a good variety of species. Look for Cormorant, Greater Flamingo, Purple Heron, Little Ringed Plover, Ringed Plover, Kentish Plover, Wood Sandpiper, Curlew Sandpiper (which are usually in full breeding plumage), Spotted Redshank (again usually in full breeding plumage), Common Redshank, Black-winged Stilt, Avocet, Shelduck, Coot, Greenshank, Ruff, Dunlin and Little Stint. There are records from here of both Temmincks Stint and Marsh Sandpiper during migration and Spotted Crake is a possibility too. The Tamarisks and other vegetation close to the hides sometimes hold Bluethroat and warbler species so it is worth keeping an eye out in these as well. Common Crane frequents this area during the autumn and winter. Terns are regular from here on migration and can be watched feeding over the marshes and perching on the many posts erected for them. Osprey and Kingfisher like to perch on the wooden posts placed strategically around the lagoon, and can be a regular sight feeding on the many good sized fish to be found here. Eleanora’s Falcons hunt over the reed beds along with Marsh Harriers, and Booted Eagle can be regular along with Red Kite. The distant peaks are worth scanning during migration for other raptors such as Short-toed Eagle. 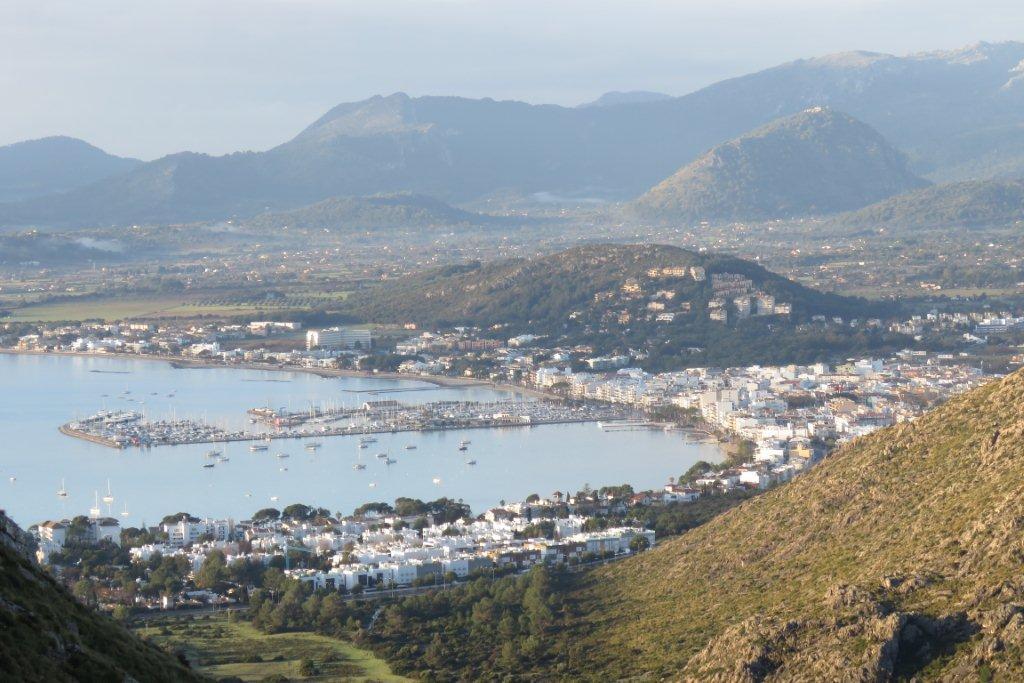 I remember Graham Hearl giving the bird sightings and talks at the Hotel Azul in Puerto Pollensa and made a bee-line each week to catch up with these. Graham was a kind and passionate bird watcher, and I recall one May afternoon, scanning the lower sheep fields at the base of the Boquer Valley, when I saw a flycatcher species disappearing into the Almond trees. I managed to re-locate it and identified it as a Semi-collard Flycatcher which was a new species for me at the time. I was very excited about that. As I turned around another bird watcher was approaching me and asked the universal birders question ‘anything about’? Graham was chuffed to bits to hear what I had found and it showed for him too, so it was good to have a second observer, particular as local birdwatchers can be very sceptical towards visiting birders and what they have seen. In the several times I spoke with him over the years, Graham always came across as a genuine and nice person.
In the UK one summer I visited Hay-on-Wye, famous for its book shops, and was delighted to find a great little book by John Busby which featured sketches of birds. I treasure this book to this day, partly because John has sadly also passed away but also because it is a heart-warming book, and you can feel the passion and enthusiasm of when it was produced, with sketches that capture the moment perfectly.