With the current media and headlines awash with the horror and updates surrounding the dreaded coronavirus, I have become a little preoccupied and somewhat paranoid about coughs and sneezes exploding around me. As I mentioned in a previous article, the quickest way of spreading germs and a deadly virus is through lack of personal hygiene in public places. Washing hands after using a tissue or sneezing directly into a hand helps a great deal to stop spreading germs. Having no regard for anyone, and coughing or sneezing directly into the air, or over anyone unfortunate enough to be standing close by is a definite no no.

Even though the media is trying to educate people, it’s like water off a ducks back when it comes to educating the masses, particularly here on our beautiful island of Majorca where it seems to be quite a common practice to literally cough into people’s faces or sneeze directly at you. And as they stand so close to you when they talk, unless you are Muhammad Ali, you don’t have a cat in hell’s chance of ducking or dodging out of firing line.
People with colds often wipe their noses with their fingers then contaminate everything they touch, spreading nasty germs in their wake. Even without the threat of the coronavirus it’s simple etiquette to be a bit more respectful when you have a cold! And with the ‘resfriado’ (common cold) season well underway here on the island, the easiest way to stop spreading a ‘malaise’ throughout the community is to stop being so cavalier with your germs, and totally keep away from people if you are really suffering. Contain your cold don’t spread it so freely!

We were in the cafeteria of a busy supermarket the other day, and a woman obviously in charge of her small grandchild, was coughing and spluttering across every page of the cafeteria’s newspaper she was reading. Then each time she spoke to the child she coughed all over his head – great parenting! And so selfish. I’m sure this local woman also spread her germs generously and gave everyone in the vicinity a good dose of her disease as she went on to individually spray all the aisles. Let’s just hope she didn’t have the dreaded ‘C’. But then if she did, she would have probably ignored all the protocol anyway and simple gone ahead and done what she always does when she has a cold, just like many Majorcans – mingle and spread without a thought for anyone!

The same supermarket also saw other customers freely coughing over the fruit and vegetables. But worse still, an assistant putting out the fruit and vegetables on display had a stinking cold, was blowing his nose and unbelievably working without plastic gloves! I have even started distributing the said gloves to people who handle fresh fruit with a naked hand. After all, isn’t that what they are there for? You should see some of the looks I get!

Over the weekend, here in Mancor de la Vall, runny eyes and red, cold filled noses were hard to detect, as many faces were covered in theatrical make-up or covered with masks. Not the surgical variety I might add, but exotic and frivolous masks that celebrated and showcased the fiesta of Carnival. 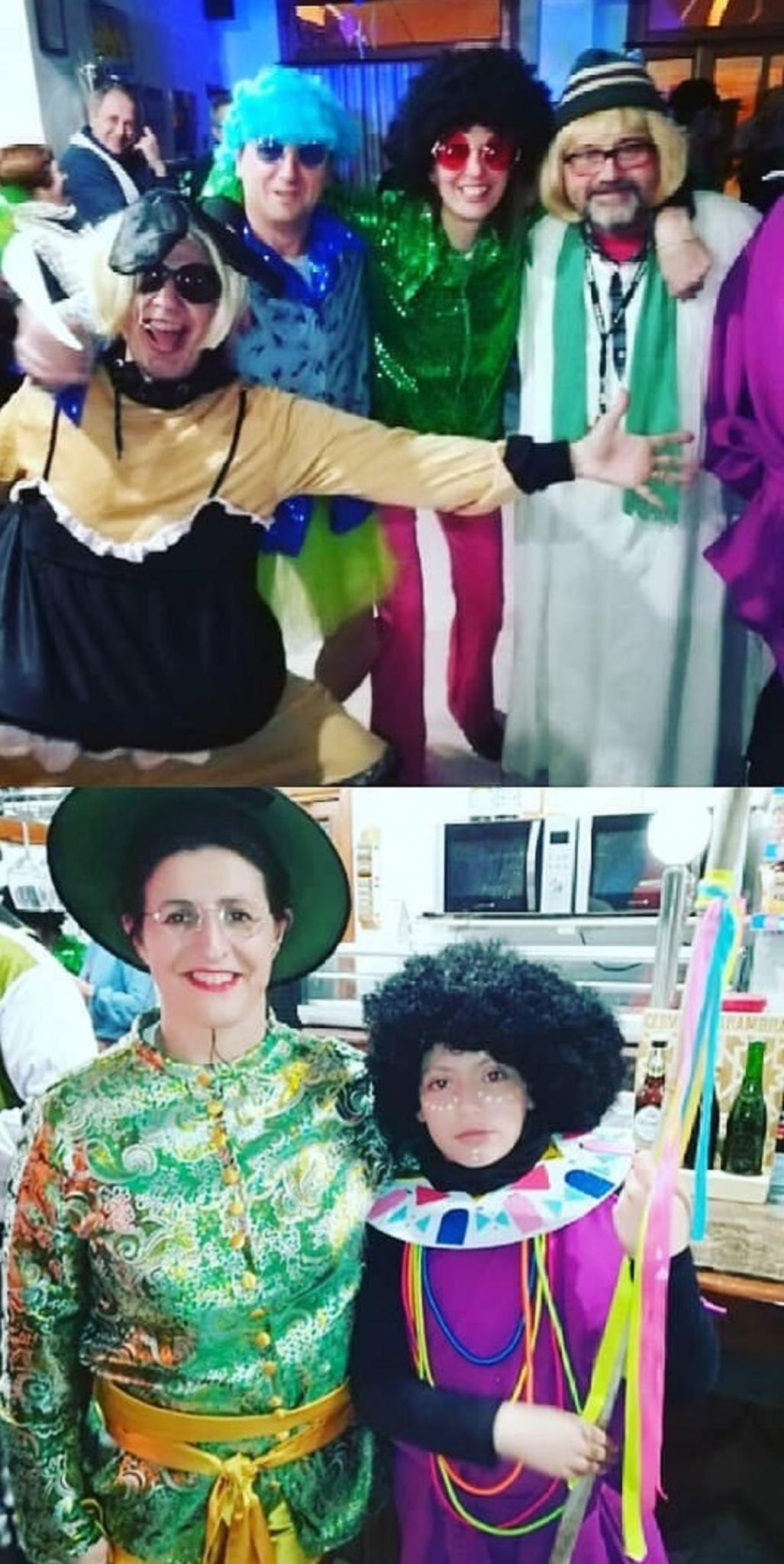 Sparkling costumes, feathered apparel, glittering cloaks, fairy wings and colourful wigs have all been on display across Majorca all week, alongside ENSAIMADAS!!! Yes, that’s right, ensaimadas. These of course are NOT to wear, but a traditional pastry filled with sobrassada and pumpkin, a speciality that goes hand in glove with the wardrobe of Carnival, celebrated not only here in Mancor, but also across the island, as well as throughout mainland Spain.

Most towns and villages in Majorca organised their own, personal Carnival celebrations, with the largest floats and parades naturally, and spectacularly headlining in Palma. ‘Sa Rua’ is a huge fiesta, and has been welcomed with a week of parties and parades everywhere, filling the streets with fun, colour and laughter as the Carnival vibe reached its final climax over the weekend.

Here in Mancor de la Vall, they never miss an opportunity to celebrate, and the event started with the obligatory children’s day, involving a fancy dress parade after the creative making of masks and costumes.

Friday night saw a masked ball for the grown ups with prizes for the best costumes including individuals, couples and groups. A second parade took place through the village on Sunday with all the children from toddlers to teens taking part, ending with a junior dance party in the main square. 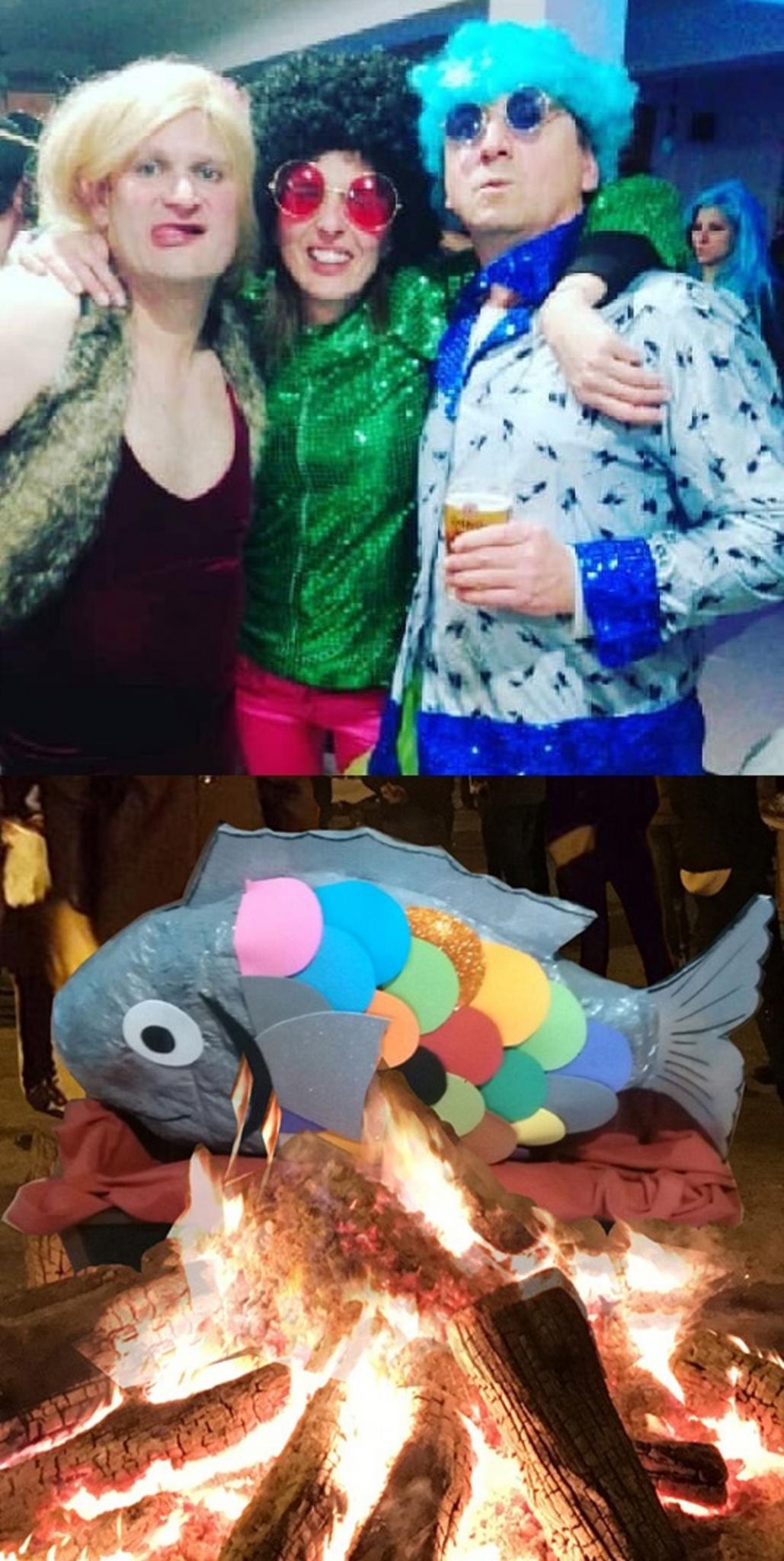 Traditionally, the celebration of ‘Carnival’ concluded on Tuesday evening here in Mancor with a rather sombre finale – a tongue-in-cheek funeral complete with a burial service for the trusty sardine!

In Majorca, as well as across Spain, there is an age old ceremony accompanied by a mock funeral culminating with the said sardine being thrown onto a large funeral pyre. This slightly bizarre ceremony ends with salted sardines being tossed onto various pop up BBQs accompanied by drinking and nimble dancing, depending on whether you were into swirling or twirling! Yet, regardless of being a fish fan or not, a portion of salty sardine along with a glass of wine, was offered to all who attended this most freaky of festive frivolities.

The satirical sardine ceremony is based on the belief of symbolically burying the past, in the hope of creating a better and more fruitful future. It also marks the beginning of Lent, and the start of a religious fasting period. Let’s hope the coming year brings more hope and happiness to everyone. I think the world needs it, along with a bit of global education concerning the spread of potential viruses!

I hope everyone involved in the fun and frolics had a happy carnival here in Majorca. And I hope the revellers also realised that masks are not just for carnival capers, but a great tool for containing colds and viruses when out in public places. Until next year then. Molts D’Anys.