The start of the Civil War was less than three months away. In late April 1936 in Santanyi, a child was born. His name was Llorenç Vidal Vidal. Twenty-eight years later, he was to establish what, in its Catalan acronym, is known as DENIP - Dia Escolar de la No-violència i la Pau, the School Day of Non-Violence and Peace. An initiative that is independent of governments, it pioneered non-violent and pacifying education, a model that is practised all over the world. The official date for this corresponds with the death of Mahatma Gandhi - the thirtieth of January - but it can also be the thirtieth of March; it depends on the educational calendar in different countries.

Llorenç Vidal is now 83. During his working life, he was, at various times, a school teacher and an education inspector in the Balearics as well as in Cadiz and the north African city of Ceuta. His degree and doctorate were in letters and philosophy at the University of Barcelona. In the 1950s, he was to become associated with the post-war literature and poetry movement in Majorca. Given his place of birth, he was part of the Santanyi School along with Blai Bonet, ten years older than him and after whom the centre of contemporary poetry in Santanyi is named.

It is perhaps reasonable to say that for most non-Majorcans his name will not be a familiar one. There again, an article about Llorenç Vidal from a couple of years ago suggested that he wasn't that well known on the island, especially among a younger generation. He had been forgotten, overlooked at an institutional level, despite once having received a Ramon Llull Prize from the Balearic government and the gold medal in recognition of his literary work from the Circle of Fine Arts in Palma. 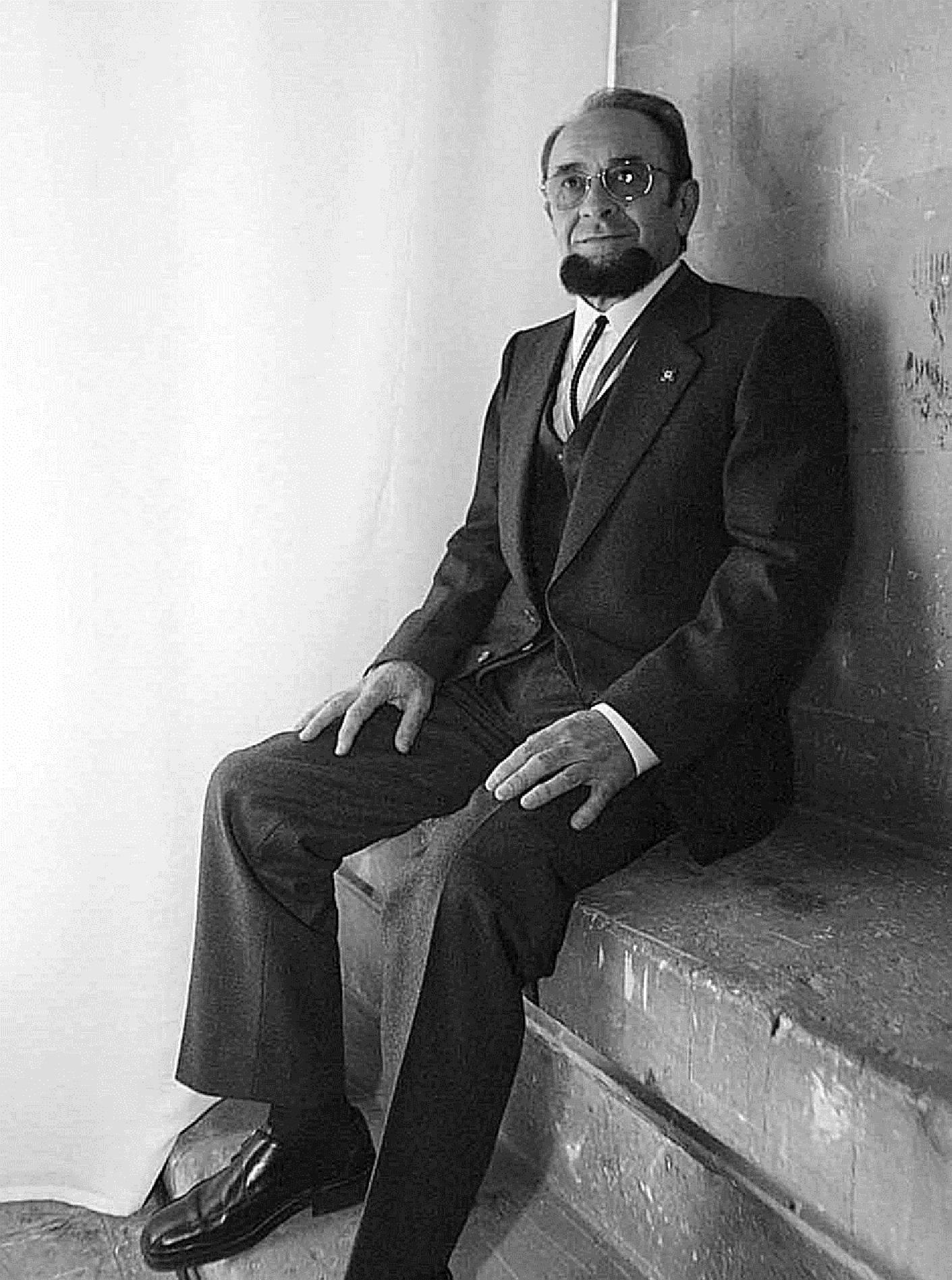 Yet here is a figure whose message is one of pacifism and who has spread that message across the globe in the form of the non-violence day. From a literary point of view, he isn't perhaps unique in being a contemporary writer whose work has been overshadowed by that of poets from the earlier movement in Majorca at the turn of the twentieth century, such as Miquel Costa i Llobera ("El Pi de Formentor" and all that). There is a reverence for that older school which hasn't necessarily applied as strongly to the more recent authors.

That same article cast Llorenç Vidal in a similar light to that of another Majorcan, Joan Mascaró i Fornés, who wasn't a poet but was principally known for his translations. Mascaró had likewise been overlooked, and yet it was he, having cultivated an interest in the occult at an early age, who went on to study the Spanish mystics (major figures in the Catholic Reformation of the sixteenth and seventeenth centuries) and later translate - into English - the Hindu text "Bhagavad Gita" and the Buddhist text "Dhammapada".

Mascaró, who died in 1987 aged 89, was known to Beatle George Harrison - they used to correspond - and "The Inner Light", the B-side to "Lady Madonna", had lyrics from the Taoist "Tao Te Ching" that Mascaró had translated.

The comparison with Mascaró was perhaps apt for a different reason, that of spiritualism. Vidal's poetry evolved by embracing a spiritualist and mystical perspective. One poem was entitled "Spiritual Flashes". It was in keeping with his pacifism that was reflected, in a local context, by a rejection of "useless" arguments about language. He promoted the neologisms (new words) "bacavés", "balcavarés" and "cavabán" to refer to the Catalan-Valencian-Balearic language - the concept of a unified language that had originally been created as "Bacavia" in 1932.

Arguments about language do indeed seem useless when placed in the context of the current times when, instead, messages of peace and spirituality might be said to be particularly appropriate. Or messages that reflect a solitariness that has been enforced on so many -

I have learned to live alone, a poem by Llorenç Vidal