Our diary is looking rather denuded and it now resembles a testing facility for Tippex. All that’s left on the pages are a series of firefighting business phone meetings and reminders to order all those things from Amazon. The social stuff which populated the evening slots and weekends are replaced by notes about what we’ve cooked for dinner each night. To avoid repetition. And you’ll be pleased to hear that you’re reading an article by a modern man who likes to cook. We take it in turn and split the shopping duties. Mind you, I feel like I’m going out onto the set of Blade Runner on every foray to the fishmonger. Never mind going to collect the sushi takeaway. At least in London we’re still allowed out, for the moment. 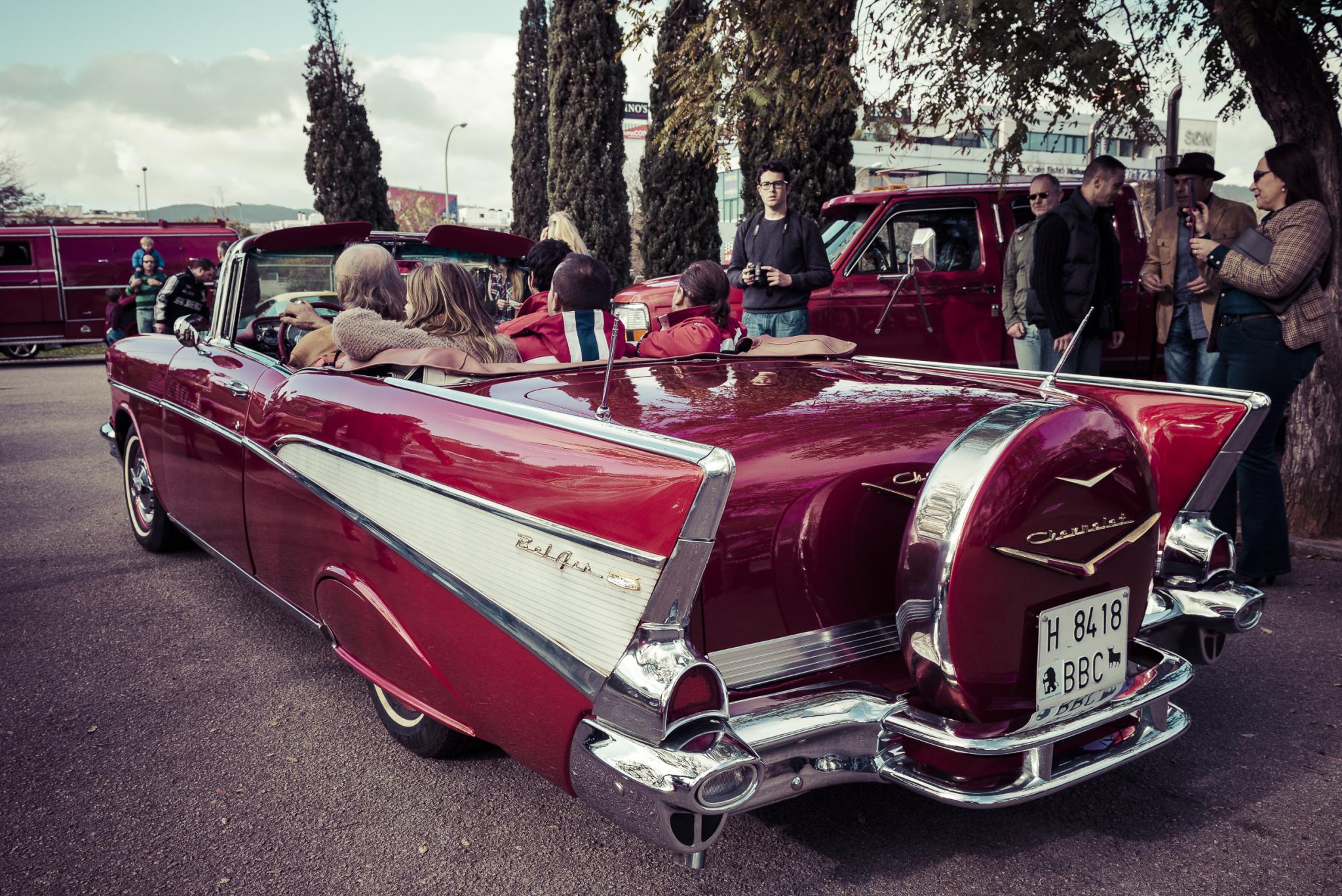 You can fit a few people in your ‘57 Chevy Belair. PHOTO: G Westphal.

So we all have to find things to fill the day productively. For us it’s never been a problem. In normal times every day was just too short to fit in all the stuff we needed and wanted to do. But without access to anything outside the house, the majority of those have evaporated. It looks like we’re in this for a while so it’s time to do some planning. I can waste time easily, it’s no problem at all and I’m sure a lot of that will be fun. But the fun may well become taxing both for our sanity and the waistband of my jeans. Or shorts, depending on how long this takes. 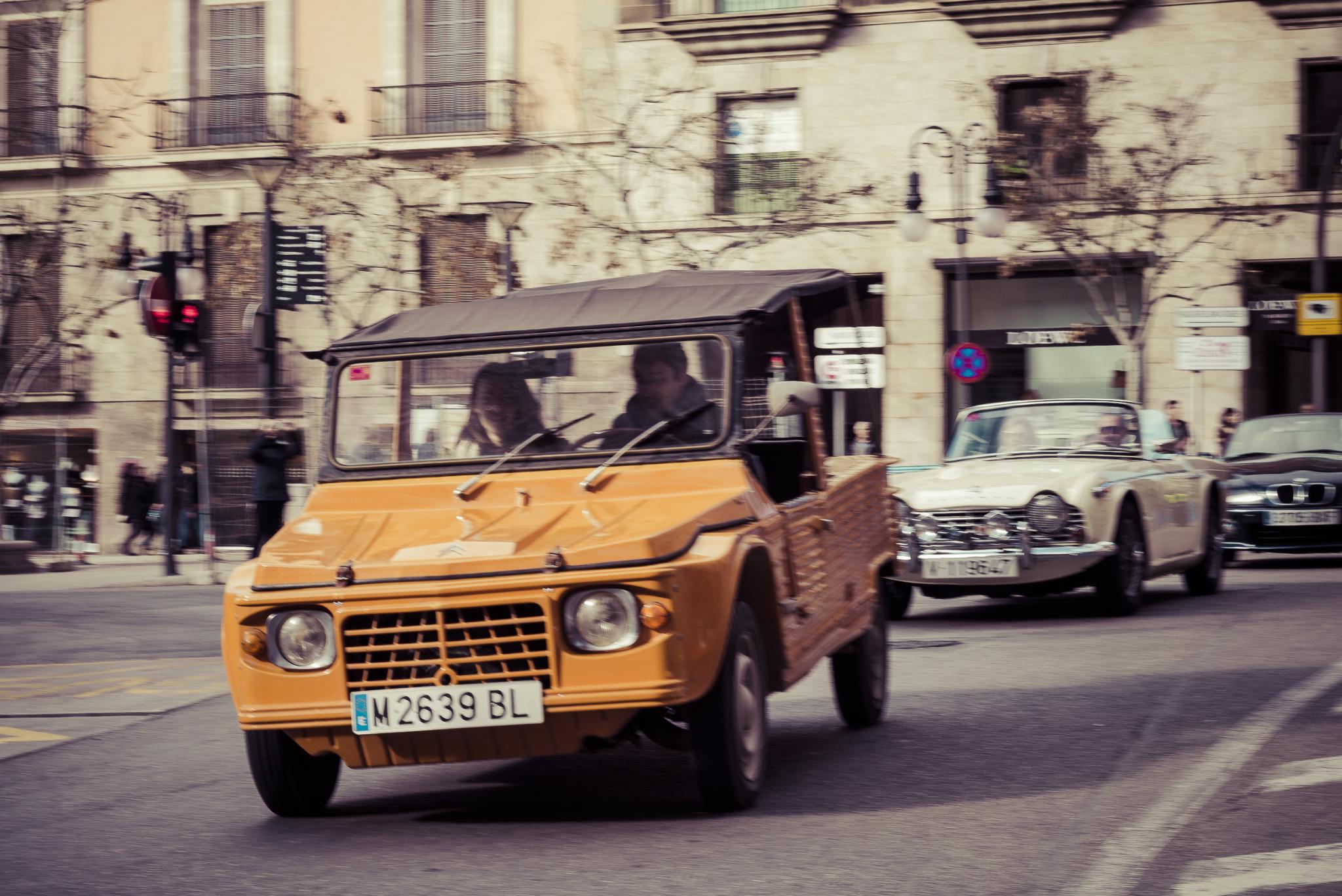 The first two weeks were taken up reorganising our lives and getting up to speed with food shopping. Not loo roll shopping incidentally, we had plenty in stock but we had no pasta. Anyhow now that the routine is more established, I’ve sorted out a few immediate DIY issues which had languished on the list for a while. Thank goodness the hardware shops can stay open, what would I do? After that, roughly speaking I’ve allocated two weeks for a once in a decade going over for each car. Luckily, being a petrolhead, that’ll last for about six weeks. Even then, I suspect that I may get down through the paint finish to the primer. After that I’m going to start painting on my iPad. Don’t worry, you won’t be subjected to that. 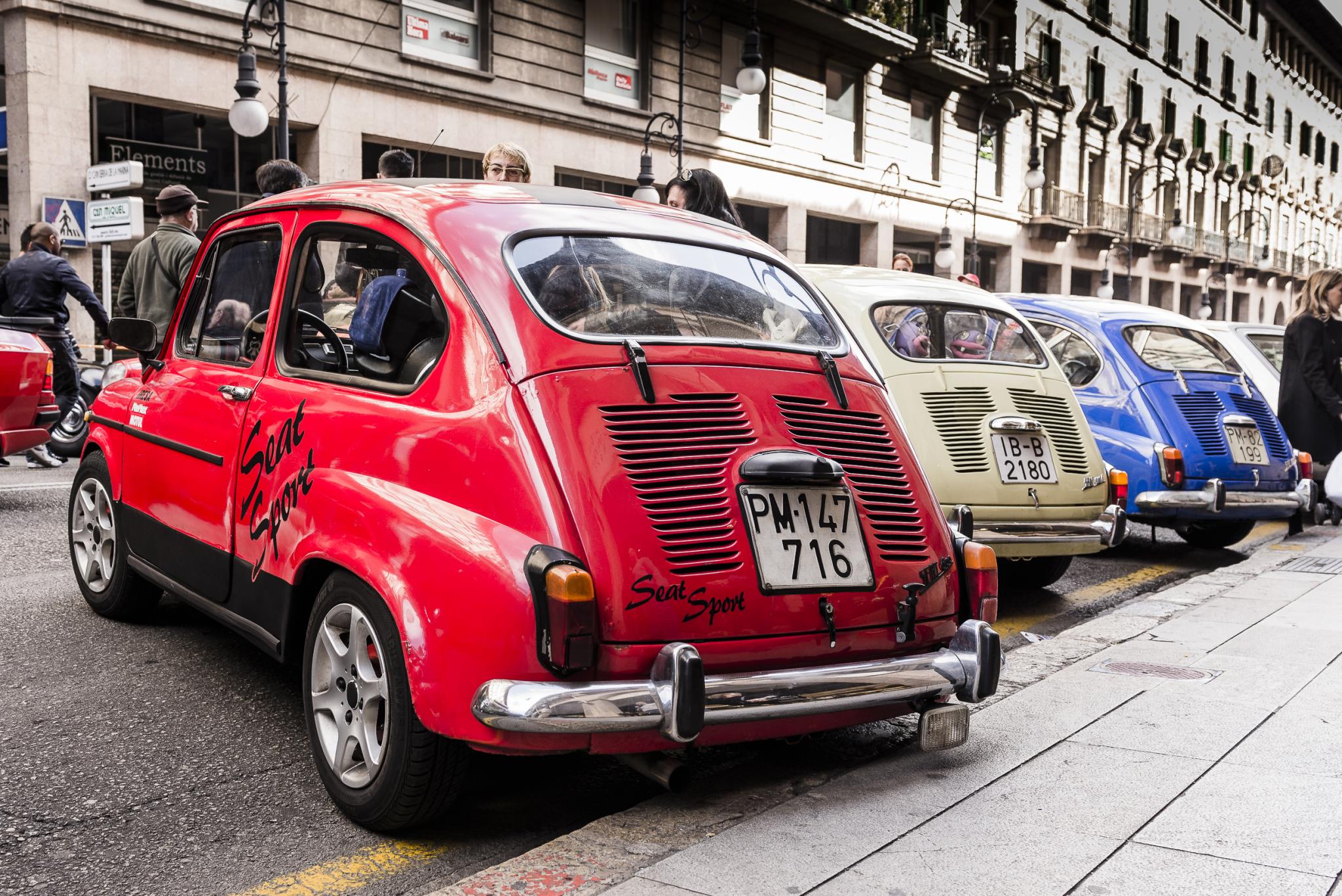 A full set of Seat 500s resting their rumps against the kerb. PHOTO: G Westphal.

And of course there’s always the weekly article to write. In the absence of cars on the street and new material, I’m going to charge straight into the past. About five years in this case, to the Palma amb els Classics which took place on 15 February 2015. I know it seems like aeons ago now. It was a great day out cruising the streets of Palma with more than 300 cars taking part. Looking into the past gave us the idea to focus on film cars and the first one which popped into my head was Bullitt. May as well start at the top eh?

The best car chase ever, in my humble, but undoubtedly correct opinion. It lasted precisely 9 minutes and 42 seconds, the star Steve McQueen in his Highland Green 390 cubic inch ‘68 Ford Mustang Coupe trying to catch the baddies. They were in a ‘68 Dodge Charger, black of course, for baddies. Now you’re looking around the page for photos of the Mustang, well there isn’t one because this is about the Dodge Charger, a silver example of which you can see here cruising in Palma. And yes I know that the Palma one is a ‘66. 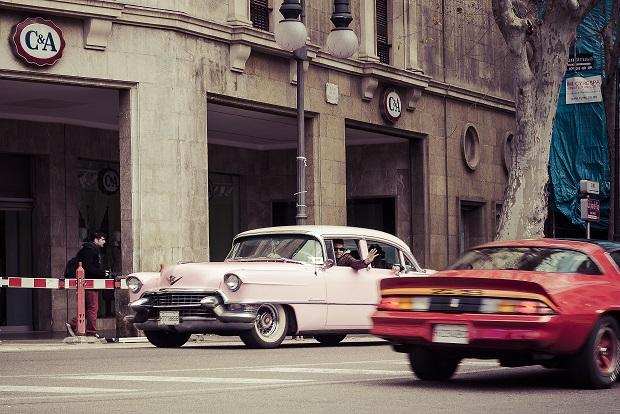 Not like ships passing in the night, Cadillac and Chevy Camaro. PHOTO: G Westphal.

Although the Mustang is by far and away the more famous car, the Dodge is quicker. Despite both Mustangs on set featuring tuned engines and updated suspension, Bill Hickman who drove the Dodge had to back off quite often so as not to pull away. I see why, it would have rather spoilt the car chase. A sheep in wolf’s clothing that Dodge, 440 cubic inches of Dodge motor in a sedate looking coupe. That’s 7.2 litres of one of the lightest big block V8s, it’s fast. There’s a shot here of it flying through the streets of San Francisco. The film car that is, not the Palma one.

You might think the Dodge Charger is fairly obscure, even unknown. But I’m sure you’ve heard of the Dukes of Hazard TV series and films. The orange car jumping over any bit of scenery in sight is a Dodge Charger. And in the musclecar world it’s certainly iconic, as you can see on the cover of Taschen’s book ‘70s Cars’. It has to be good to get on the cover. Fabulous book too if you like ‘70s motors. Taschen published an entire series of decades, all fun to look at and full of period photos and adverts. I’ve got the ‘50s to ‘80s set, highly recommended, especially if you like musclecars.

On that note I’m off to see if any of the streaming film services have Bullitt on offer. Stay safe and hope to see you next week. Same time, same place.