Decades of history: Majorca and the Bulletin

The fifty year anniversary of the Bulletin with all its staff and late founder Pedro Serra MBE. | J. TORRES

A complaint of the modern world is that, even on holiday, you cannot escape. If only such a complaint could be made just at the moment; holidays are on hold. But with their resumption will come the 24/7 living which confirms that the holiday is no more than a temporary relocation submerged in a barrage of information.

Complaints there may be, but we are nevertheless willing participants in technology-driven holiday experiences. When surveys are conducted to discover what holidaymakers rate as being most important, ease of digital connection is right up there at the top. Holidays are no longer escapism in the sun. Instead, they are instantly communicated to and liked and shared by friends back home. Holidays operate in real time, but they are virtual realities as we turn them into our own games and online experiences. We send communications and, in turn, we crave receiving communication. We app, we tablet, therefore we are on holiday. Without news and the immediacy of information, holidays would now be intolerable. 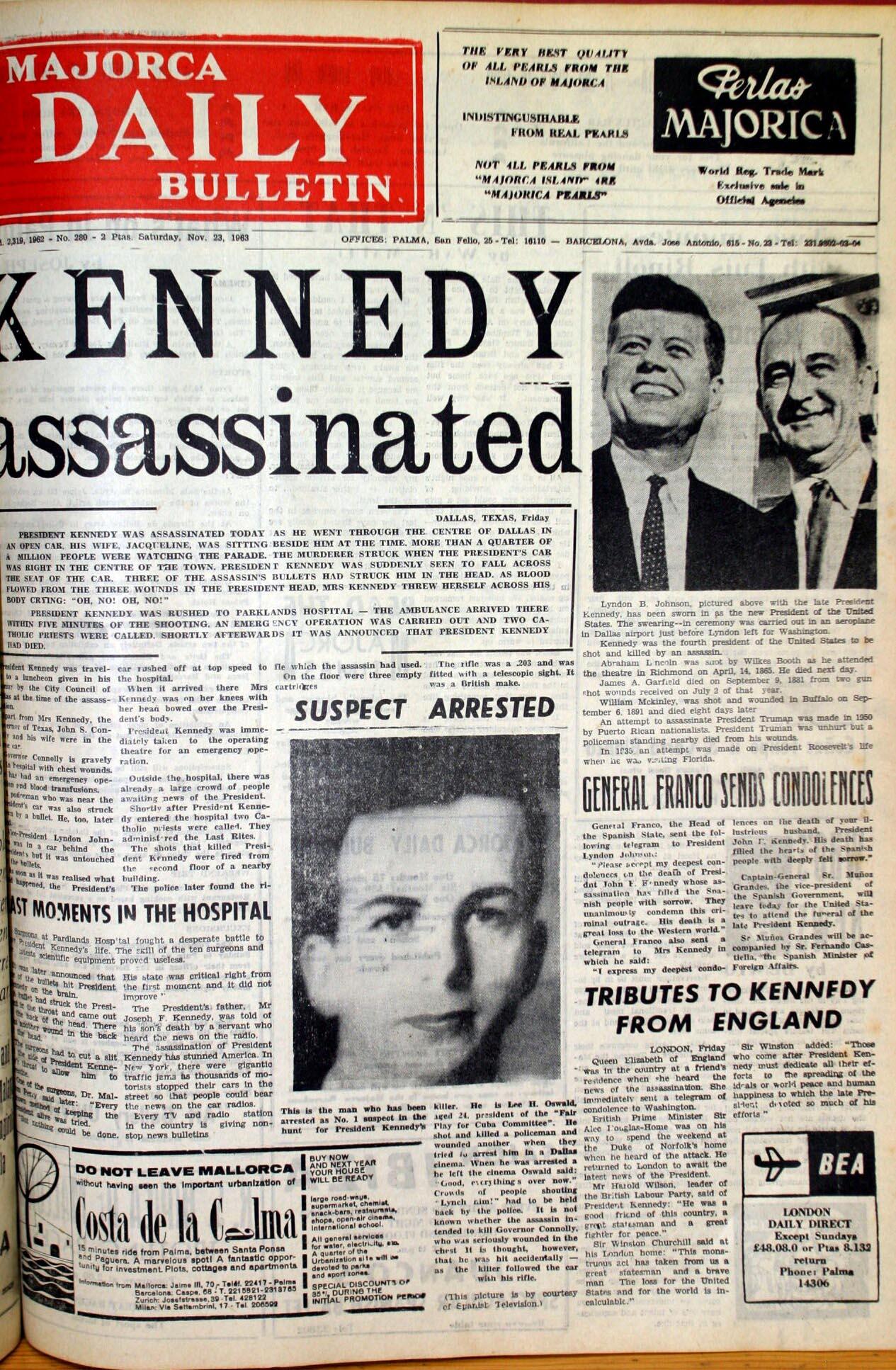 But are we so very different? The technological wherewithal exists where, once upon a time, it didn’t, but even some sixty years ago we needed to maintain the connection. The means of doing so were very limited, but it didn’t stop us ensuring, or attempting to ensure, that we still knew what was going on. Holidays have never been the great escape we might have imagined them to be. 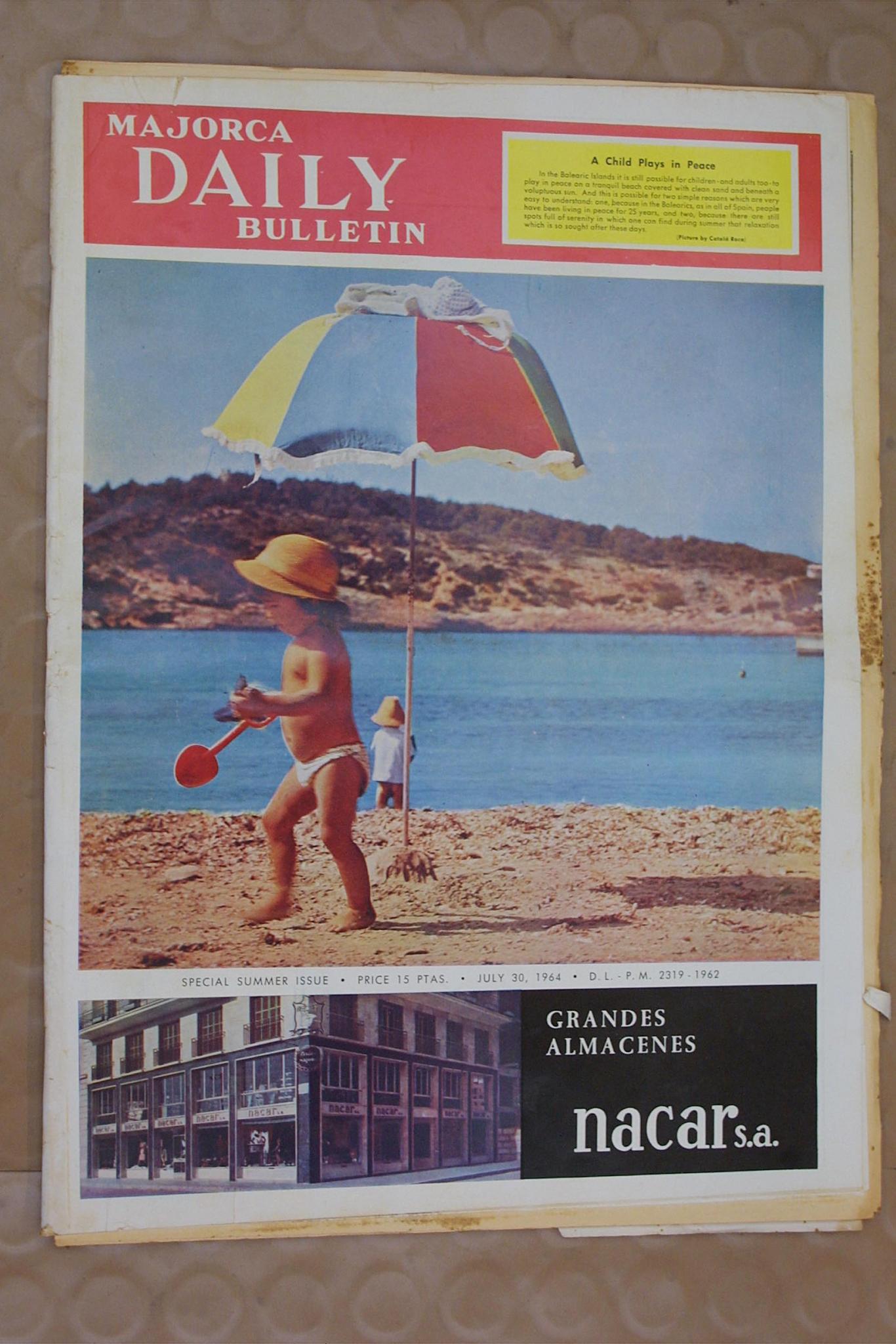 Throughout all the advance caused by technology there has been one constant. The newspaper. Reports of its death at the hand of the digital age remain exaggerated. The aesthetic of the printed hard copy is no more satisfying than it is on holiday. Breakfast by the villa pool, on an apartment balcony or on the terrace of a nearby bar. What can be finer? Getting up and smelling and then drinking the coffee in the sun, accompanied by a paper - any number of papers, of which one is the Majorca Daily Bulletin.

In 1963 there was no such paper as The Sun. It was to appear a year later. Of British newspapers of the time, some have disappeared, such as The Daily Herald (which became The Sun) and The Daily Sketch. Others have changed; The Times, for example, dropped having a front page of small ads in 1966. Getting hold of a British newspaper in Majorca in those days was far from easy. And even if one were to be found, the chances were that it was several days out of date.

Pedro Serra knew there was a market, and so he launched the Majorca Daily Bulletin. British tourism to the island may have only been in its early growth stage but it was already the dominant source of tourism. The British tourist wanted his morning coffee and he wanted his newspaper and his window on the world. So it also was for the growing number of British residents (and English speakers from elsewhere), for whom it wasn’t The Times or The Daily Mirror, it was the Majorca Daily Bulletin. 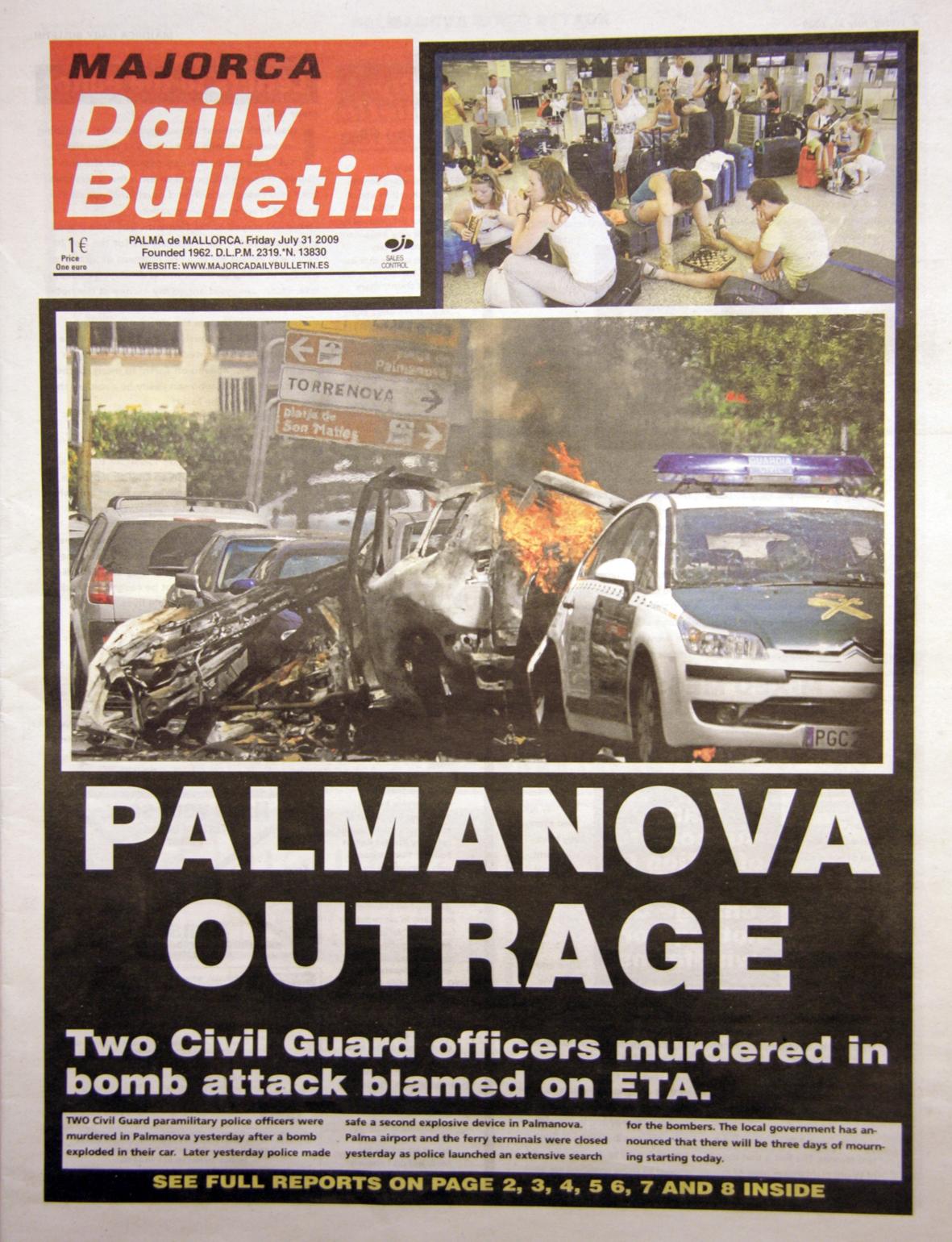 In its almost sixty years, The Bulletin has been an English chronicle of the development of tourism and of the English-speaking community on the island. It is unique in being and having been the only such daily chronicle in Spain for more than half a century. It is this time span that makes The Bulletin more than simply a record of the English speaker in Majorca’s window on the world. It is a part of social history as well. Through its necessarily idiosyncratic intertwining of the great news event with the minutiae of community life on a Mediterranean island, it has charted the course of this community’s relationship with Majorca. It has travelled with this community through early years of discovery in the sixties, through years of restrictions on expression by an authoritarian regime, through a time of social liberalisation and one of reaching out to and embracing a role in Europe. 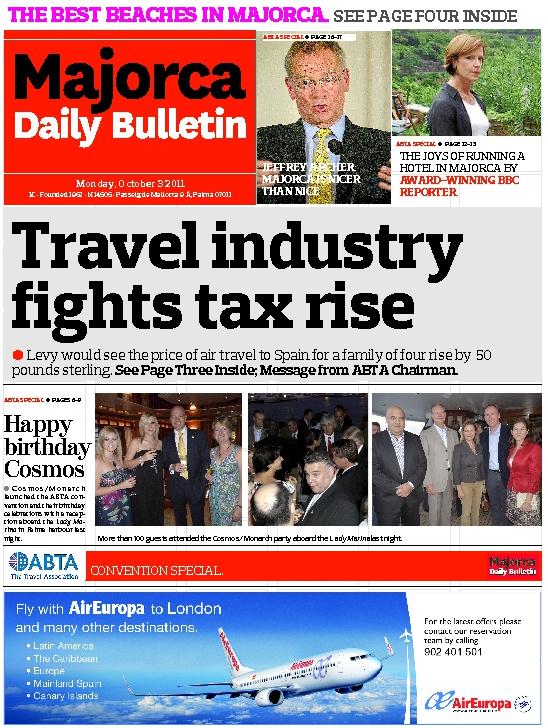 But despite the changes that have occurred since the early 1960s, The Bulletin has supplied a continuity. It is one reflected by those still associated with the paper, such as Andrew Valente, the first editor, and Dorothy Loeffler. And there have been so many others over the years. To name but a very few from way back when: Harold J. Greenberg, Irene Taylor, Benito Roth, and who can ever possibly forget Riki Lash, whose “Show” started to appear in the mid-sixties and which often spread over several pages. Capturing a flavour of this journey can only be one of taking snapshots in time. The period is too great, the number of words, the number of pictures, the number of editions of The Bulletin too vast to be able to create anything other than snapshots. But over coming features, this is what we set out to do - to home in on specific events over the years, ones with special resonance for both tourists and residents; ones that tell stories of heroes and villains, of tragedy, of disaster, and of triumph.