Refuse the return of single use plastics

Join us for an online streaming of The Story of Plastic and a webinar with experts!

In the midst of the COVID crisis we are observing a dangerous surge in the use and irresponsible disposal of single use plastic, often resulting from an erroneous belief that plastic packaging and sanitary products are safer than those made of reusable materials. Global plastic producers are opportunistically using human fear of catching or spreading the virus to increase their own profit. Some market their plastic products as a safe option during the pandemic even after scientificbstudies have shown that the virus takes up to 72 hours to degrade on plastic surfaces; longer than on any other studied material!

At the same time, the drop in oil prices has resulted in extremely cheap virgin plastic.This has reduced the already low demand for recycled plastic even further, proving once again that we cannot recycle our way out of this problem. Now it is more important than ever that we question these tendencies and misleading adverts, opt for safe, sustainable and lasting solutions and actively work to influence companies that are using the crisis to further increase the production of unnecessary and harmful products.

As the annual Night of San Joan #ZeroWaste event organised by Save The Med and Es Racó de Ses Idees is approaching, we feel that this is the perfect time to highlight these issues, explore the history and industry of plastic and its effect on human health, the environment and our future. Therefore we invite you to join us for a free screening of the documentary The Story of Plastic, followed by an interactive online webinar with experts, taking place the week before Night of San Joan.

For safety reasons, this year we will not be organising the annual Night of San Joan beach event in Portixol. Nevertheless, by watching the film and joining us for the webinar you will discover what you can do as an individual and/or entrepreneur to reduce plastic production and pollution during and after the celebrations.

About the event Night of San Juan #ZeroWaste 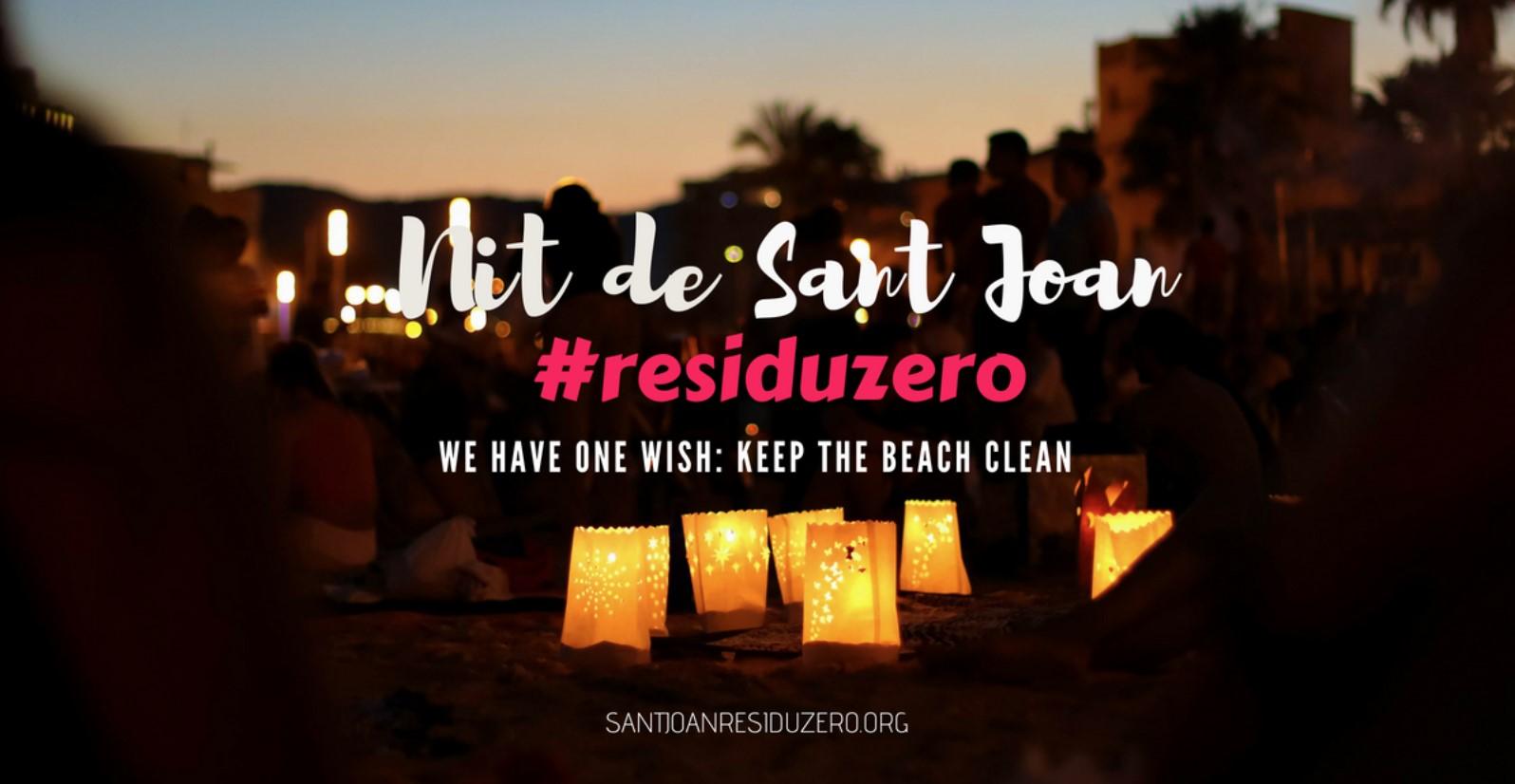 Around the Mediterranean it is a custom to welcome the summer by celebrating the Night of San Juan on the beach together with family and friends on the 23rd of June. From as long as can be remembered, purification, represented by candles and bonfires, has been the fundamental value of this night. However nowadays, due to the use of single use products such as plastic utensils, take away containers and drinking bottles, our beaches end up littered with tons and tons of man made rubbish. Very commonly the waste that is produced during the celebration ends up in the sea where it severely affects marine life.
The San Juan #ZeroWaste campaign, organised annually by Es Racó de Ses Idees and Save The Med aims to bring back the true meaning of the celebration while putting a stop to plastic pollution and its negative consequences. We want to show that this night can be celebrated without polluting our beaches! While usually, we celebrate the night together on the beach of Portixol, this year the event will take place online. Visit the event on Save The Med’s Facebook page for more information and sign ups!

About ‘The Story of Plastic’

Produced by The Story of Stuff, The story of Plastic takes a sweeping look at the man-made crisis of plastic pollution and the worldwide effect it has on the health of our planet and the people who inhabit it. With engaging original animation, archival industry footage beginning in the 1930s, and first-person accounts of the unfolding emergency, the film distills a complex problem that is increasingly affecting the planet’’s and its resident’s well-being.