On Sunday there was a presentation in Pollensa to pay tribute to Miquel Bota Totxo. Sunday was the one-hundredth anniversary of his birth. He was born in Pollensa and he died in Pollensa in 2005. A lifelong connection to a place of birth is hardly exceptional, but in the case of Bota Totxo it was a connection that touched so many aspects of Pollensa culture and society.

There have been and are individuals who, through their varying contributions, are celebrated because of their links to and identification with the villages where they were born or where they came to live. But there are few who can compare with Bota Totxo and with what he brought to Pollensa. Teacher, journalist, poet, dramatist, playwright, historian, and he was the official chronicler of Pollensa for many a year.

His association with Pollensa was, in all this, very similar to that of Alexandre Ballester in Sa Pobla, who was born thirteen years after him. But Ballester wasn’t born in Sa Pobla. Even so, they named a square after him, a place which was fittingly the scene for the reactivation of culture a week or so ago - a performance by members of the Balearic Symphony Orchestra. In Pollensa there is a street named after Miquel Bota Totxo. A square might be a more fitting tribute.

He was thirteen when he started to show his poetic talents. “L’anell d’or” (The Gold Ring) was a series that was to eventually be published in a 1951 book dedicated to Majorca’s poets of the post-war period. In the following year the first book of poems exclusive to him was published - “Vorera de mar” (Sea Walk or Sea Path). There were to be several others. The 1979 “Torxes de pau” (Torches of Peace) featured drawings by Aligi Sassu, the Italian artist famed for his horse sculptures - the horse on the roundabout in Alcudia was his work. Sassu had moved to Cala Sant Vicenç in 1963. 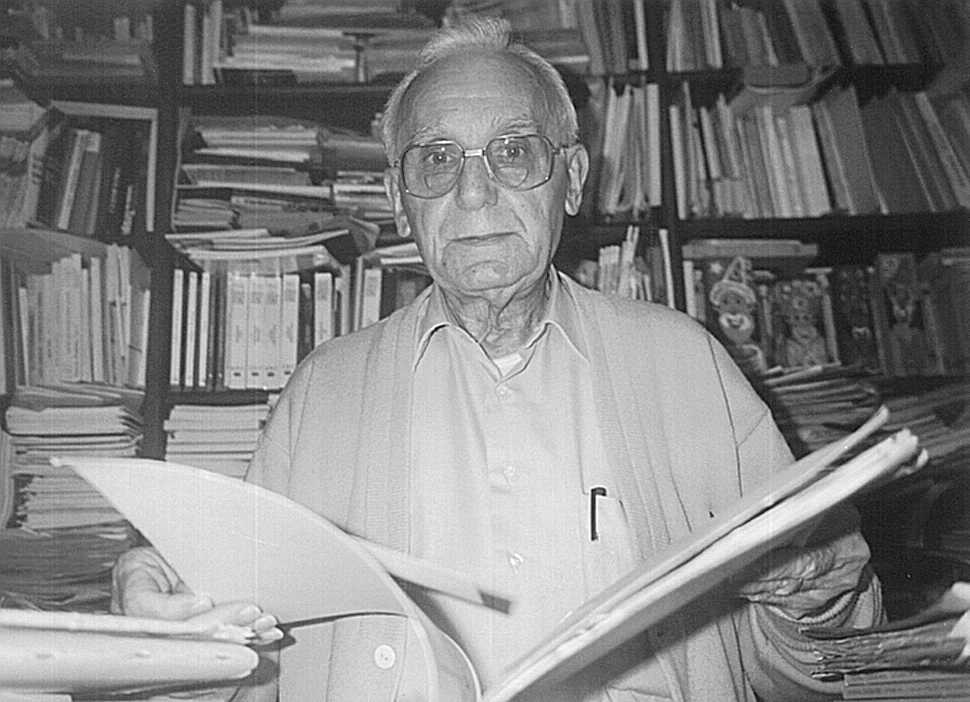 In the late forties he branched out into theatrical productions. In 1950, the Quadre Escènic theatre group at the Club Pollença performed the first of several and in 1958 staged what was to be his most celebrated work. “Somnis de pescador” (Dreams of the Fisherman) was a comedy about Pollensa customs and attitudes. Several years later, it was performed at Sant Domingo Cloister.

Between 1955 and 1965 he was a correspondent for the news agency Efe in Madrid, but this time as a journalist most certainly didn’t interrupt his association with Pollensa. In fact, it was during this period that he arguably made his most telling contribution.

Bota Totxo was a founder member of the music section at the Club Pollença, which was to press for the Pollensa-born composer and pianist, Miquel Capllonch, to be declared an illustrious son of Pollensa. But more than this was the organisation of annual concerts and the founding of the Pollensa young musicians group. This group and these concerts led to there being meetings involving Bota Totxo, others who were active with the staging of the concerts, the mayor, Bartomeu Siquier, and a British violinist, Philip Newman. In 1962, the Pollensa Festival was held for the first time, the inspiration for this having been Bota Totxo’s involvement with music at the Club Pollença, where he was to also inspire the first painting exhibition and competition in the same year as the festival started. And five years later came the amateur cinema competition.

Of his writings about Pollensa culture and history, there were, among others, “125 anys de música a Pollença 1865-1990”, “El Calvario de Pollença”, “El Puerto de Pollensa” in 1956. And above all, there was the 1966 “Leyendas y tradiciones de Pollensa”, a compilation which, for example, delved into the origins of fiesta traditions, such as those for the eagles of Corpus Christi. And Bota Totxo was to play a key role in revitalising the fiestas of La Patrona, the Mare de Déu dels Ángels. The fiestas, Moors and Christians battle and all, had been losing their popularity, so as part of the initiative to revive them, the “pregón” opening address was introduced. There hadn’t previously been an address, yet it acts as a focal point for fiestas, and this was especially so in 1971 when Bota Totxo delivered the first address, with its theme having been that of the angels smiling on the peace of Pollensa.

There were various prizes, such as the Ciutat de Barcelona, City of Barcelona Catalan Poetry Prize in 1965, he was president of the Club Pollença for several years, and after he died in 2005 he was named illustrious son of Pollensa. Which was when they dedicated the street to him. This leads on from the Via Pollentia, one end being not far from the street that bears Philip Newman’s name, the other close to Sant Domingo, the home of the Pollensa Festival, while leading off is the Carrer d’Alcúdia, which takes you to the Club Pollença. Perhaps it was a fitting tribute after all.