A little drift down memory lane for Humans of Majorca

Life in all its intricate wonders changes areas, experiences and people. The American influence in the Soller Valley started in approx 1950 when the Americans created the airbase on the top of the Puig Mayor. A state of the art Listening Station then, which continues to this day under Spanish control. The US presence was in Majorca and on top of our mountain for over 40 years. The last US personnel left in 1993.

This American military relocation was to have a huge effect on Majorca. In the Palma surrounds, International schools opened and family lives of the incomers were looked after. The Puig Major base and the fleet parked in Palma bay brought huge prosperity and a different perspective to the island. Many living here remember this era well. Some earned a good living and many more just had fun with the young Americans who loved being in Majorca. This island was a favourite posting for them all.

Meanwhile back in Soller, local parents, the Church and the community were divided about the benefits. There was no doubt that the base and all its attractions gave a great life to the Soller young who were allowed by their families to take part. A bowling alley, a cinema and regular dances all took place on top of that mountain. The base itself created local employment and the cooks and cleaners of Soller loved their introduction to the American way of life with all known gadgets. A taste for hot dogs and hamburgers started in that very place for Sollerics.

Tourism was developing slowly in the Valley at that time. The train from Palma brought people to Soller and some drove the mountain roads via Valldemossa. There was no Soller Tunnel in those days so once people got here the entertainment stayed in the Puerto and Town. Any tourist journey out of the location was considered a huge adventure. The early days of a boat ride to Sa Colobra or using the train to discover other Majorcan villages were exciting stories to tell your friends when you got back home.

To dance the night away is the favourite memory of so many who continue to return to the Puerto Soller every year. They remember the El Patio disco on the Repic Beach, where the dancing was always till dawn. The Altamar round the other side of the Bay was another place that lives in the memory box. An evening dancing usually incorporated both of them for the young visitors and locals in the 1960’s and 70’s. 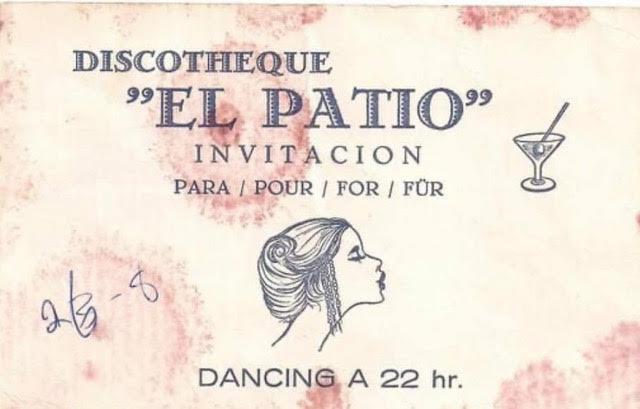 Live music has largely taken over the Puerto Soller in 2020 with just one disco left. These days the noise levels are controlled and it is a different, tidy world. Our older friends laugh at the idea that the Soller innovations today have never been tried before.

El Patio and Altamar visitors in the 70s would have partied till they dropped. The cash tills of the Port of Soller enjoyed every second. The 2020’s have not discovered the Soller Valley it was already on the international radar – literally!

Human stories of marriages between locals and the US Military are many. The Soller Valley is well represented all over the USA because of this. Some have returned in retirement and brought back their Mallorquin speaking American families. 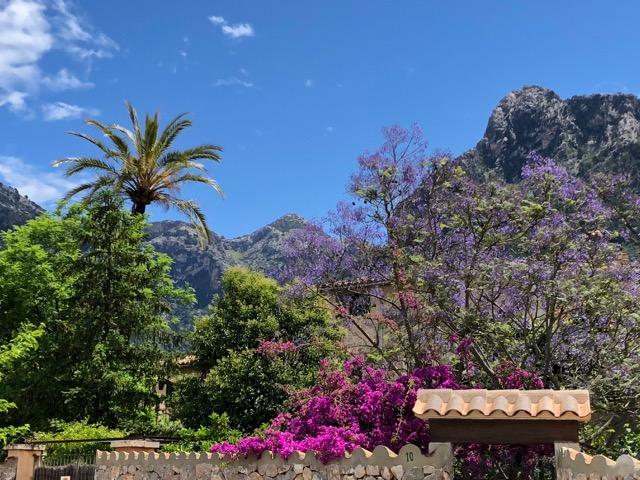 Deia had already been the leader in the artistic movement of our friends from the USA. Not for them the Military or Navy, apart from as welcome visitors to the famous village. No, Deia’s yanks came courtesy of the GI Bill. This was a payment made for ex service people, after the war to continue their education in Europe. Artists, poets, musicians and more left for France and Spain and were influenced by what they heard of Robert Graves and his hideaway in Deia. The Dice Man by Luke Rhinehart was one of many books written in that place. The GI Bill money was paid monthly to the Post Office. This meant that for most of the month the village lived on credit and the bills were paid when the money arrived. A life on credit in Deia was ahead of its time. Soon after came the life on credit cards replacing the remittances from the Government.

Every generation has its time and place when the young had ‘the best time’. The friends who love Majorca now love it for everything it offers today. The friends of the past also love today but they have superb memories of how it used to be – back in the day.