The comings and Going in our world

Taxis, hire cars and busses bring them from the Airport and Port and the travellers pinch themselves to think they are really here. The angst of the last four months has made people worry if they were ever going to get to the Soller Valley again. For some this is their annual holiday and for others a return to a second home. Then there were Soller residents who were locked down in other parts of the world who have, at last, arrived home. After months of seeing the same people we have now jumped into the new reality. Lockdown stories are exchanged and then moved on from. One person’s story was very much like the other in most of Europe. What most arrivals had in common was a desire to play by whatever rules Spain has in place. Plenty of opinions and thoughts on some rules but no desire to be a maverick.

The Soller they arrived to what was, by Majorcan terms, busy. Restaurants and 60% of hotels open. Live music in some of our spaces including the first classical music of the season.

All outside venues and social distancing in place means that a more semblance of normal can take place. This week St Bartholomew Church hosts the first indoor concert of the area. This is for all the local groups to showcase traditional music and is a benefit concert to raise money for the repairs to the organ. This concert takes place on 24th July 2020 at 8.30 pm.

Some restaurants have waited till the UK tourists arrive before they opened. So the arguments now rage as to how far they can spread into the square with their tables.
The rationale behind all this is that in Soller Square the businesses pay the Town Hall for all space they occupy outside their premises. The price is paid on a ‘per table’ basis. Social distancing means that the restaurants can’t use all their tables in the space they have so they wish to pay the Town Hall less. Town Hall says ‘no, we will give you extra space to spread out in Fountain Square’. Market traders and other users of that square have an opinion and now its all words, words, words. The families who occupy these tables are here in the school holidays – for the next six weeks. The fear is that the Town Hall will not resolve this until the 6 weeks have passed. The heat and the angst for Soller businesses this year is sometimes overwhelming.

The raccoons of the mountains have occupied head space this week. We like to think that nothing roams the mountains apart from the goats, rats and mice. Sometimes, caught in the glare of a headlight a larger creature darts across the road especially when driving over the Coll and on the Deia to Valldemossa road. 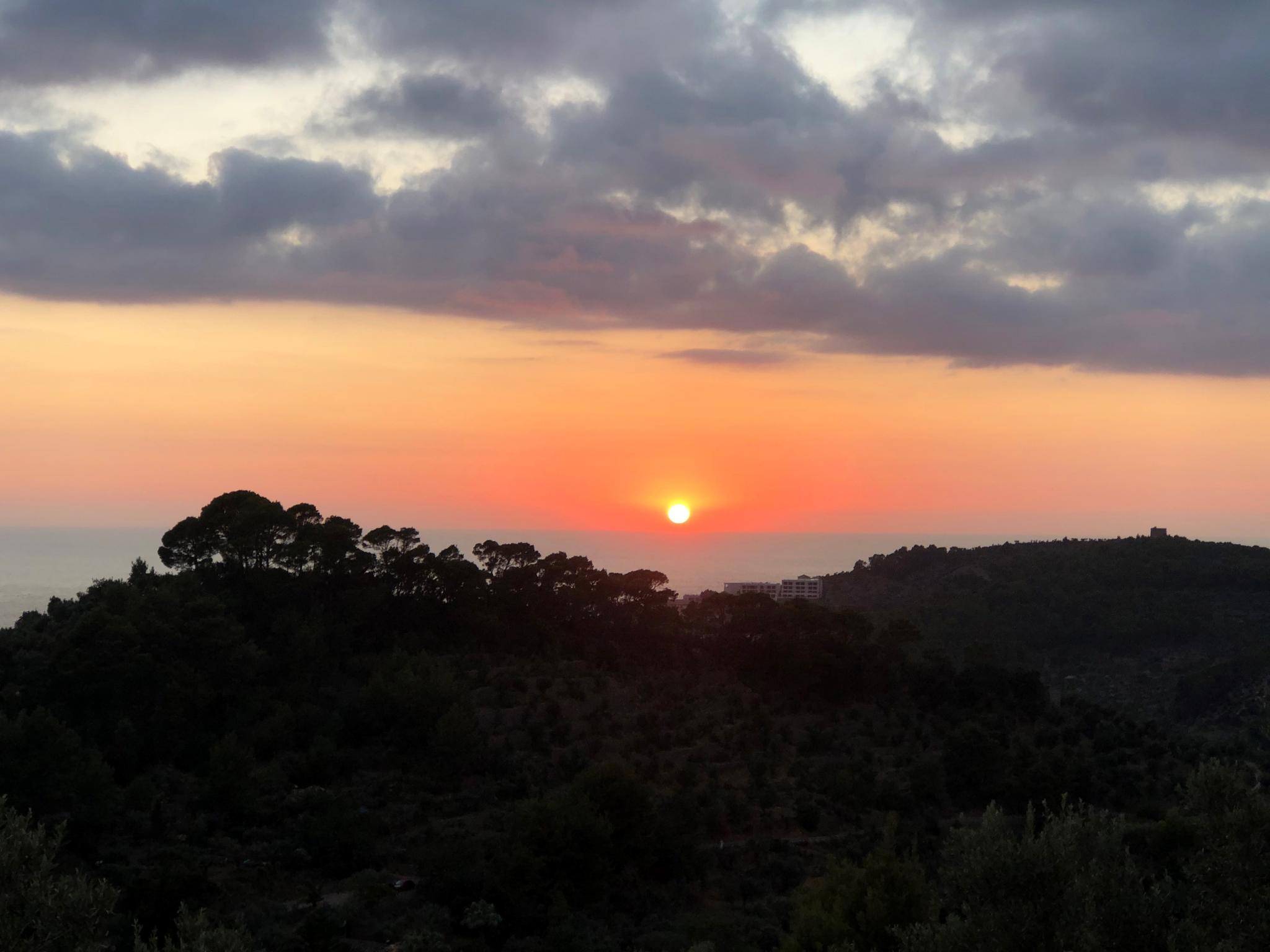 I have seen them and thought they were small foxes until I was told that there are no foxes in Majorca.

This week, in traps set for other creatures, three racoons were caught. This made me research a little of raccoon life in Majorca. This is what I learned… 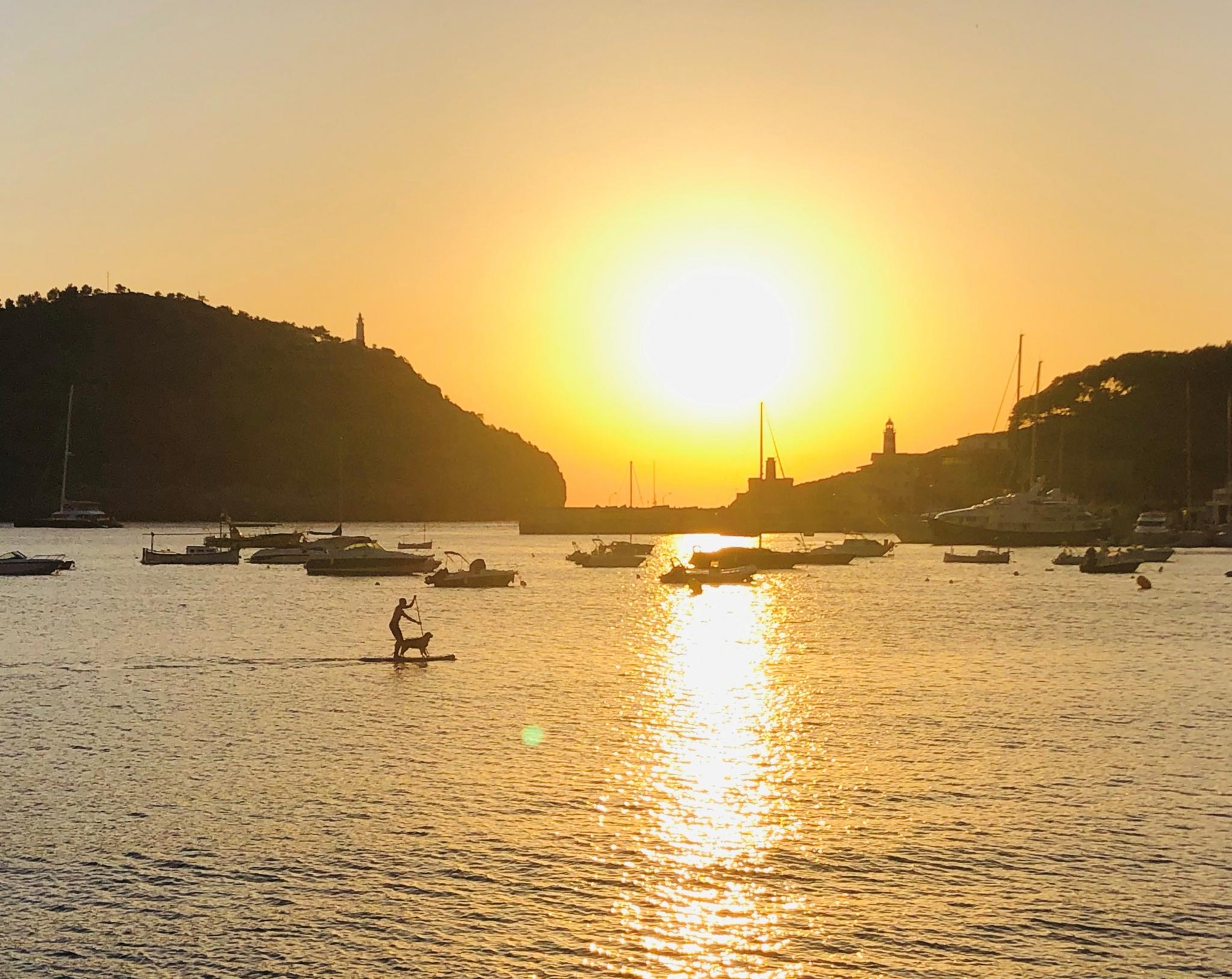 ‘The raccoons are considered an introduced species, invasive and a tough competition for other native predators of the Serra de Tramuntana. The Soller veterinarian Bartomeu Galmés explained that the raccoon “is an animal that has adapted very well to the Sierra to the point that it has already settled and bred here”. He also recalled that in recent years’ other specimens have been caught in the area between Sóller, Alconàsser and Deià. Galmés warned that it is a “greedy animal to be competition with other native mammals such as martens, and weasels”. Raccoons have rabbits, chickens, birds and eggs as their main food source. Its presence in Majorca has been confirmed for several years now’. 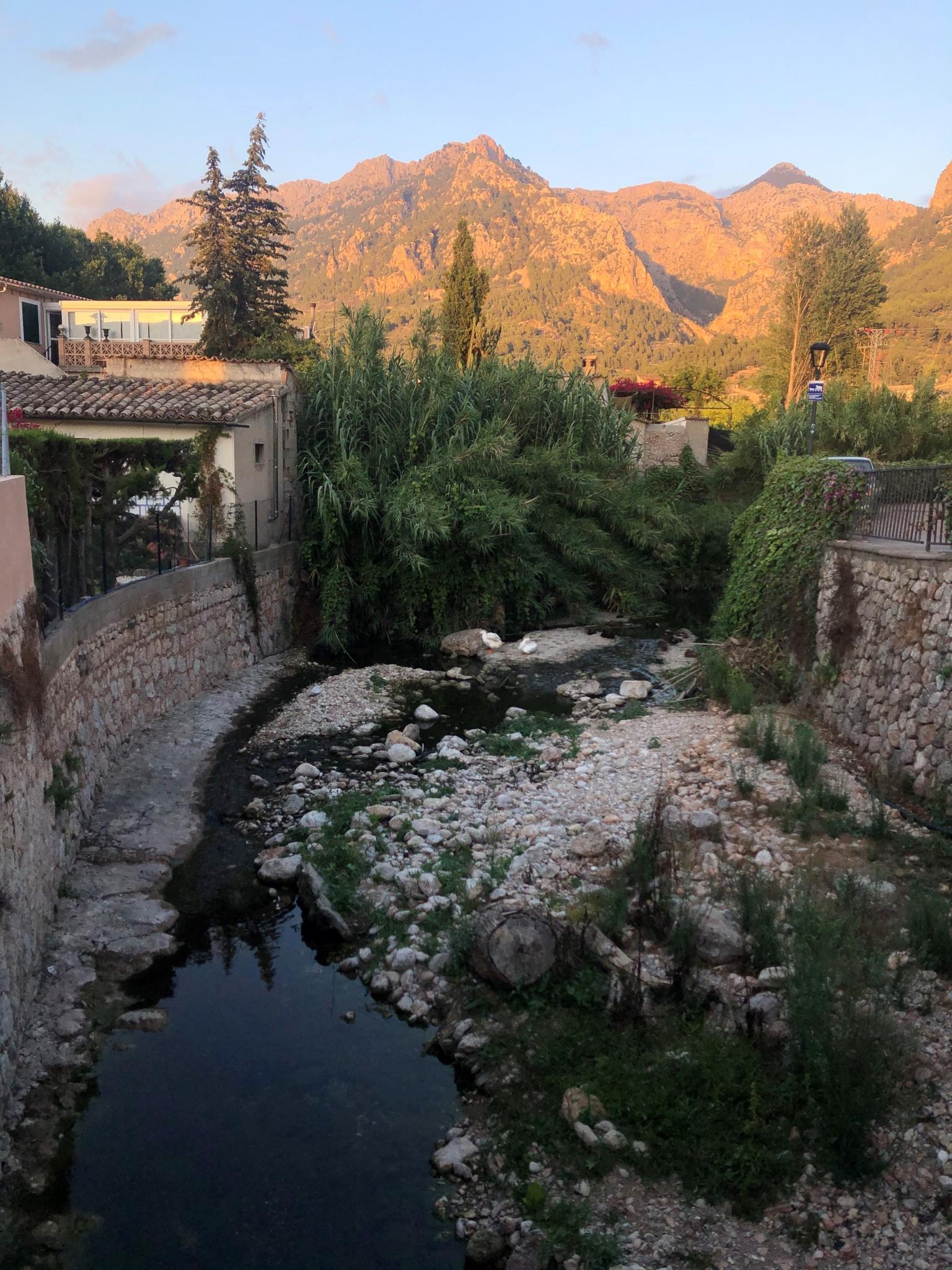 This is a mystery uncovered for me as so many told me that my eyes were playing tricks when I reported seeing animals on nighttime mountain drives.

I wonder if the goats and raccoons get along as they share our mountains is my thought for the day.

I am now researching the wild bison which are warned against on mountain signs. Life in all its rich tapestry goes on in the Soller Valley – Bison hunt anyone?