The town halls have been posting advice of beach closures on their social media accounts, these closures being because capacities have been reached. The large beaches have been unaffected; it is the beaches at some coves where access has had to be restricted at weekends.

At Cala Molins in Cala Sant Vicenç, Pollensa town hall has been forced to prevent access. However, there is criticism from the opposition Junts Avançam that all that is happening is that a barrier is being placed at the access point and is then being ignored. There are no police or town hall personnel to ensure compliance and to prevent beachgoers shifting the barrier and walking on to the beach.

On these pages last week there was a short notice about murky seawater in Puerto Pollensa. A not unfamiliar problem, this has led to a familiar outcome - a bit of a row. Residents in the pinewalk area have been registering their discontent by staging a so-called "cacerolada blanca" - the hanging of white sheets on balconies and without the banging of the pots and pans of a cacerolada (thank God).

The matter has, naturally enough, got political, with the opposition wanting the red flag to fly and calling for a comprehensive project to sort the problem out once and for all. As far as I'm aware, there has been no statement explaining the source of the current problem, though the usual suspect is the state of the drainage system.

There is another possible explanation, and this is a discharge from a boat. In Playa de Muro, this has been suggested as the reason for a problem with the Capellans part of the beach. A 400-metre stretch was closed (red-flagged) earlier this week after samples of water revealed the presence of the E. coli bacterium.

Muro's mayor, Antoni Serra, said that the town hall and ministry of health were yet to establish the source. He noted that this is an area where there are no hotels or large buildings which might have been responsible; hence the feeling that it could have been a boat.

The Albufera treatment plant, identified in the past as a possible source of contamination because of its obsolete nature, isn't being considered. Issues with the plant in summer have generally stemmed from it being unable to cope with all the demand created by hotels. That demand is, of course, nothing like what it would normally be.

It isn't the case that all town halls have press officers; not the case by any means. For those of us in the press, this isn't especially helpful, and not just because there isn't a coherent and consistent flow of communication; there also isn't a specific contact to whom questions and queries can be directed.

Pollensa town hall is to contract a company which will provide a press officer, manage social networks and also manage the relationships with the media. The tender is worth just under 60,000 euros for two years, extendable by a further two years. The specifications state that the winning company "must disseminate in a clear, timely and truthful manner all information relating to current events in the municipality and the projects/actions carried out by the various municipal services". There will be the management of social networks, the drafting of press releases, the covering of town hall events. The press officer will also create an instant messaging channel to spread town hall news and video news clips that will summarise the activities of the town hall, the mayor and councillors.

In all, therefore, this is a welcome development. I daresay (in fact I know) that there will be those who will question the "truthful manner" and the transparency, but I don't believe there are grounds to do so. Were, for sake of argument, opposition parties to feel that there is misrepresentation, they will soon let everyone know about it. Moreover, judgements can be made of communications from institutions. I do so all the time. There can be the glowing press releases, but these certainly don't stop you from questioning their content. Which is not to say that they are not truthful; simply that questions do arise.

Although welcome, the opposition Juntas Avançam may have a point in suggesting that the spending is not - right at the moment - a priority for the town hall. 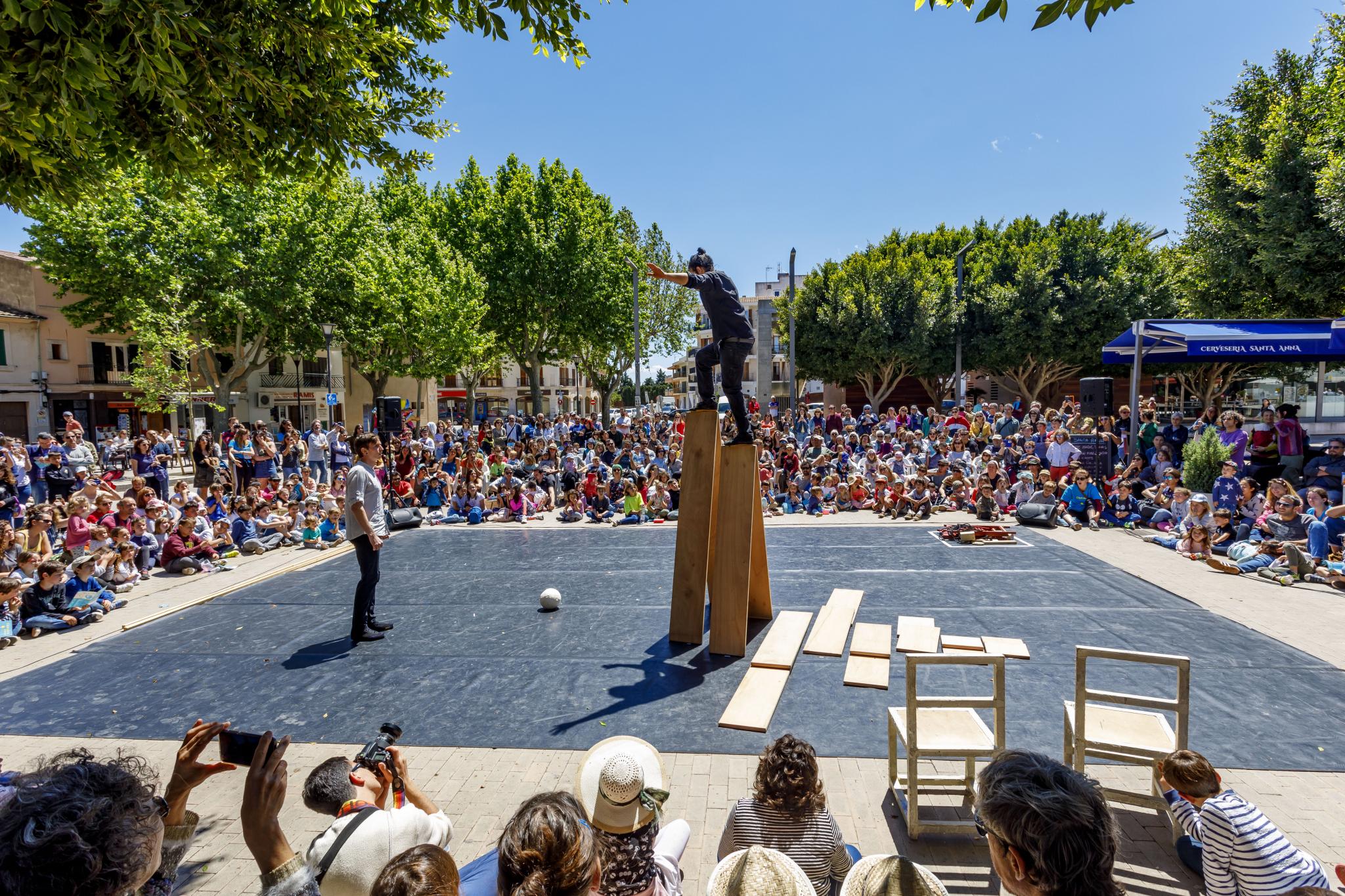 The circus returns to Alcudia

The fifth Alcudia festival of circus, Circaire, should have been held at the start of May. As with previous editions, this mix of street circus, performances indoors, and live music would have been held over three days. For obvious reasons, it was called off.

In 2019, Circaire achieved an objective of attracting 20,000 spectators. There had been some concern because the weather wasn't particularly good. But rain didn't prevent the festival from being a success. The show went on, just as there was a promise that the show would go on, regardless of who was in power at the town hall. The then PSOE councillor for culture, Pere Malondra (now the manager of the Balearic Symphony Orchestra), said that Circaire will win whoever wins the election. The circus festival "has no political colour". It would be an "error" if it ceased to be held.

As it happened, there wasn't a change of political colour, but Malondra's words were somewhat prophetic for an entirely different reason. It would be an error were Covid to mean that Circaire could not be staged.

The festival was postponed, not cancelled, and so today marks its start. Unlike the previous editions, it will be held over four weekends, with a final show by Circ Bover at the auditorium on a Thursday - the first of October. The festival is organised by Circ Bover in association with the town hall and with the support of the Council of Majorca and the Pollentia Roman City Consortium. Perhaps reflecting Pere Malondra's words from last year, Barbara Rebassa, Alcudia's mayor, says that "we didn't doubt for a single moment that Circaire would continue to be staged this year".

The first performance today, which is at the bullring, is entitled El Senyor de les Baldufes (The Lord of the Spinning Tops), an award-winning production by Penelope y Aquiles, and there is also a free presentation of Circaire outside the auditorium.

For bookings and information about the individual acts (available in English as well as Castellano and Catalan), go to the circaire.com website, where you will also find some video clips of acts.