The factor that = good cooking

In the recent past I seldom wrote about menús del día, because they were mainly based on good home cooking that was very nice but didn’t give me much to write about. This was at the lower end of the market: menus costing around €10.50, some of which were amazingly good value for money. But over the past three years or so I have been trying menús del día in the €12-€16 class plus the occasional ones at €17-€20.

And, among other things, I have discovered an equation: the best menús are at those restaurants serving good desserts. Good desserts always = good starters and mains.
We’ve seen it at La Bodeguita del Centro (Calle del Carmen) where you should always try anything cook-owner Maribel Moll has baked…plus her steak tartar and entrecôte on her €15.90 menú.

Then there’s the restaurant at Hotel Naisa (Calle Simó Ballester, next to the National Police headquarters) where the €15 menú is superb from start to finish, with the desserts up to good à la carte standard.

And I mustn’t forget Spot (Plaça Verge del Miracle 3, Santa Catalina) where the €15.50 menú had an unforgettable baked apple, a roasted squash dish, and pita bread with a creamy cheese filling, each of which scored a 10. There was also a 10 for the interior designers.

Last week it was a menú del día again, this time at j3, the restaurant of the Hotel Jaime III. On two previous occasions I have gone to j3 intending to try the à la carte menu but their €17 menú del día looked so inviting I ended up having it instead.
I was especially interested in last week’s two main course choices. One was the gallo de San Pedro (John Dory in English, it’s in the other article) and the other was a mysterious dish with the Spanish name of ‘rótolo de carrillada de ternera’.

We’ve come across the ‘carrillada de ternera’ name often enough: it’s ox cheek. The rótolo word doesn’t exist in Spanish, but on the menu it is translated as ‘rolled roasted beef cheek’: those four little words had me absolutely captivated. I was dying to know how one rolls a roasted ox cheek. This was something very new in my repertoire of beef dishes — but it turned out to be a misnomer, something restaurant cooks do far too often.
The dish should have been called ‘crêpe filled with shredded roast beef cheek done at low temperature and with a smooth Mahón cheese sauce’.

The crêpe was a bit on the thick side but the shredded cheek filling was very nice and so was the smooth Mahón cheese sauce drizzled over it.

The shredded meat of ox cheek, belly of pork, lamb shanks, shin of beef and similar cuts is not my favourite texture, but this ox cheek filling was a success because it was succulent and tasty.

If the same amount of shredded meat had been used for three small thin pancakes and served in the same way with this lovely Mahón cheese sauce, the dish would have been well on its way to a 10-rating.

Although I’ve always eaten well at j3, I never go pot luck because I need dishes that give me something to write about. I’ve been looking at the Thursday menu since the beginning of October but it never had the right mix of dishes — then everything fell into place last week. The John Dory fillet was 10-rated for its sensational texture and succulence and the braised turkey salad was another 10, partly because I’ve never had such a varied selection of salad greens and other leaves. 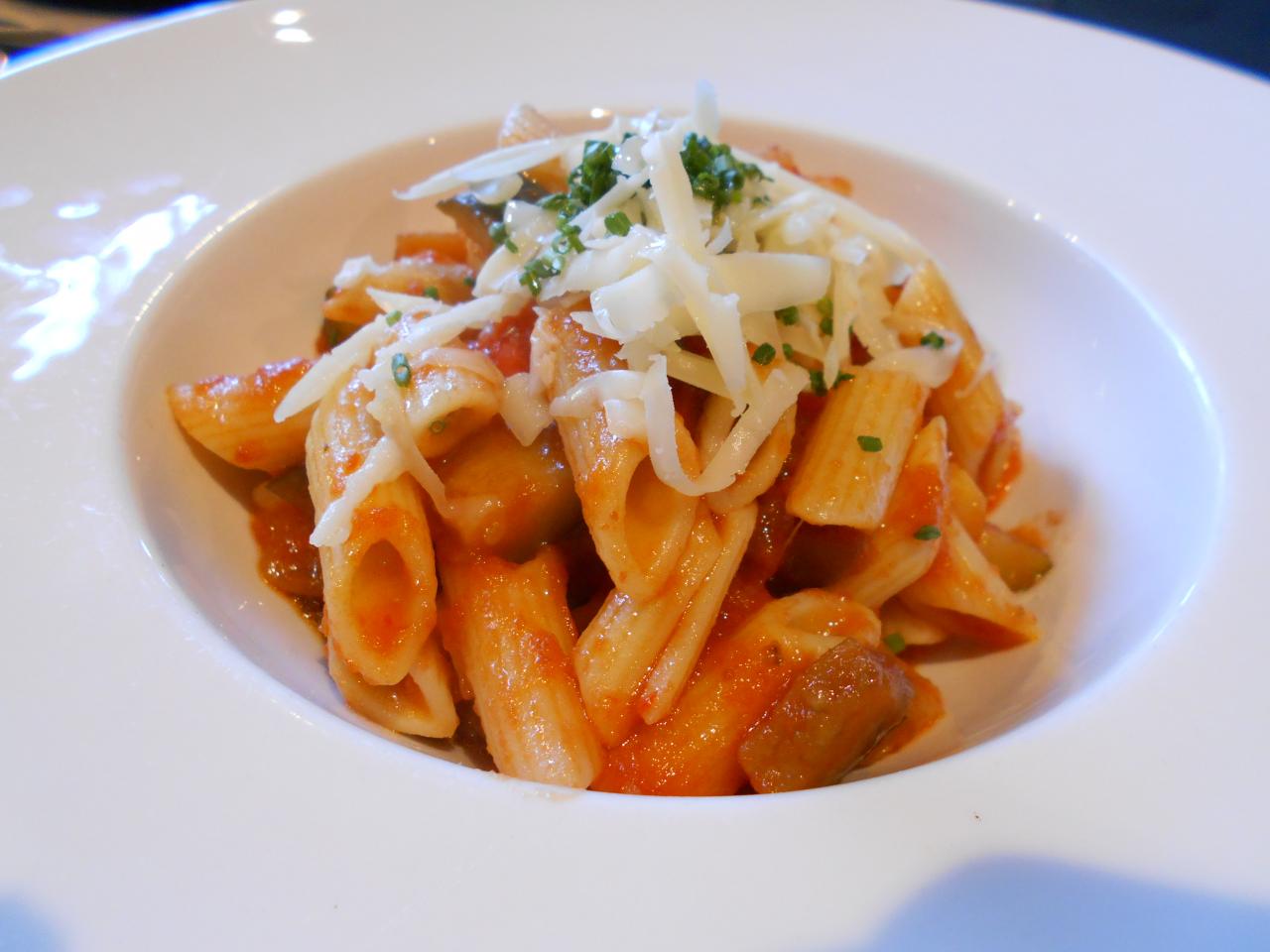 The penne rigate was cooked just right and the ratatouille mix was a success…although it was only lukewarm. The shredded ox cheek was a good filling but the crêpe was too thick. If you use the brownie recipe with white chocolate you should give it another name because it ceases to be a brownie — but it was superb and so was the mango ice cream. 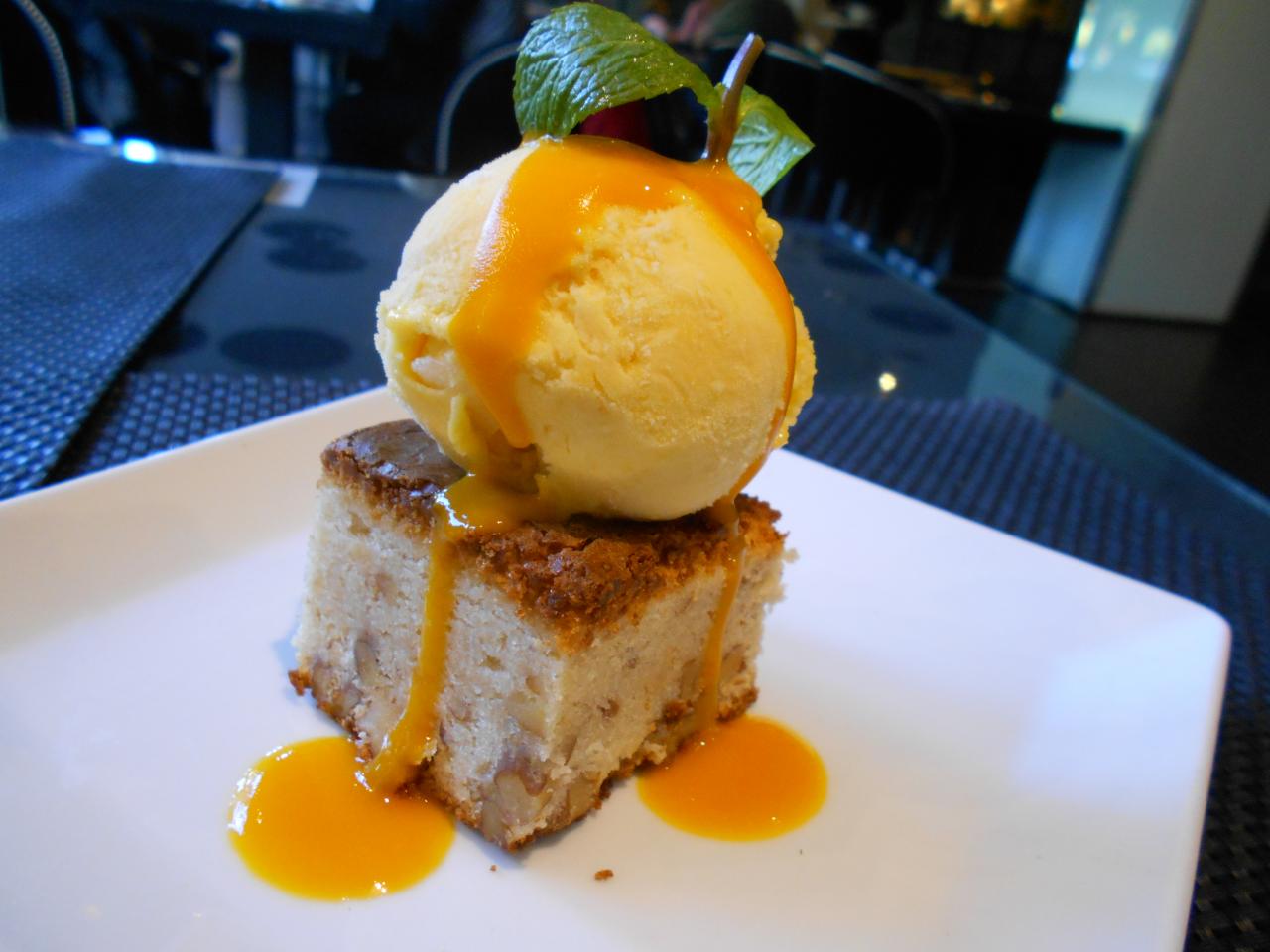 The €17 menú del día is served from Monday to Saturday, starting at 1pm, so it’s an ideal place for an early lunch. Although it’s dearer than most menús in the centre of Palma, it’s extremely popular, so you should always book a table, especially if you want to eat outside. 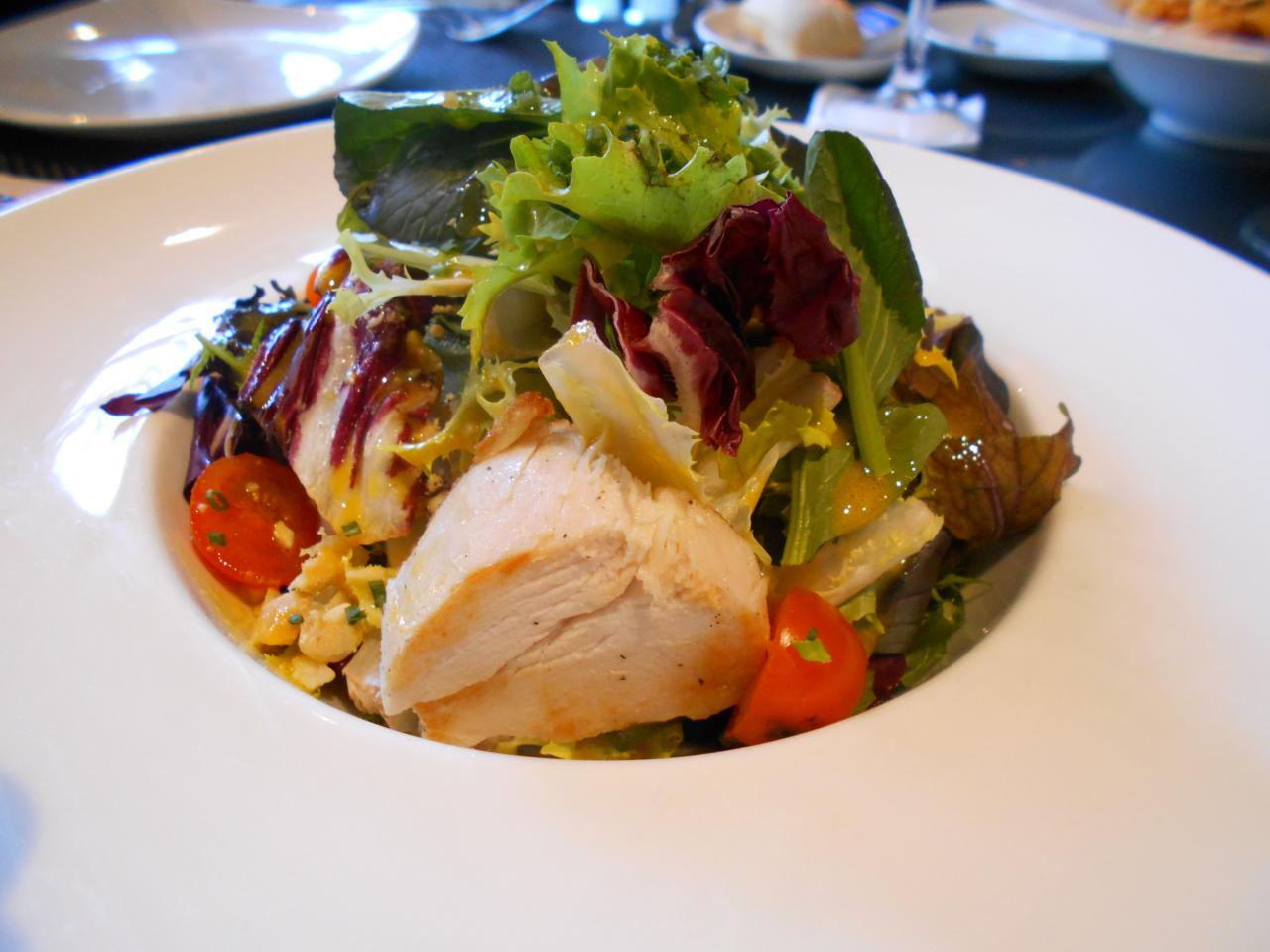 We had two menús del día at €17 each, and as we had no extras the bill was €34. The menu was a computer print-out and I took one home to save me writing down the names and descriptions of the dishes we had.

When I started writing the review I saw that only water, soft drink or a glass of wine is included in the price…so someone forgot to charge for our three cañas. The glasses of wine going to other tables were enormous. 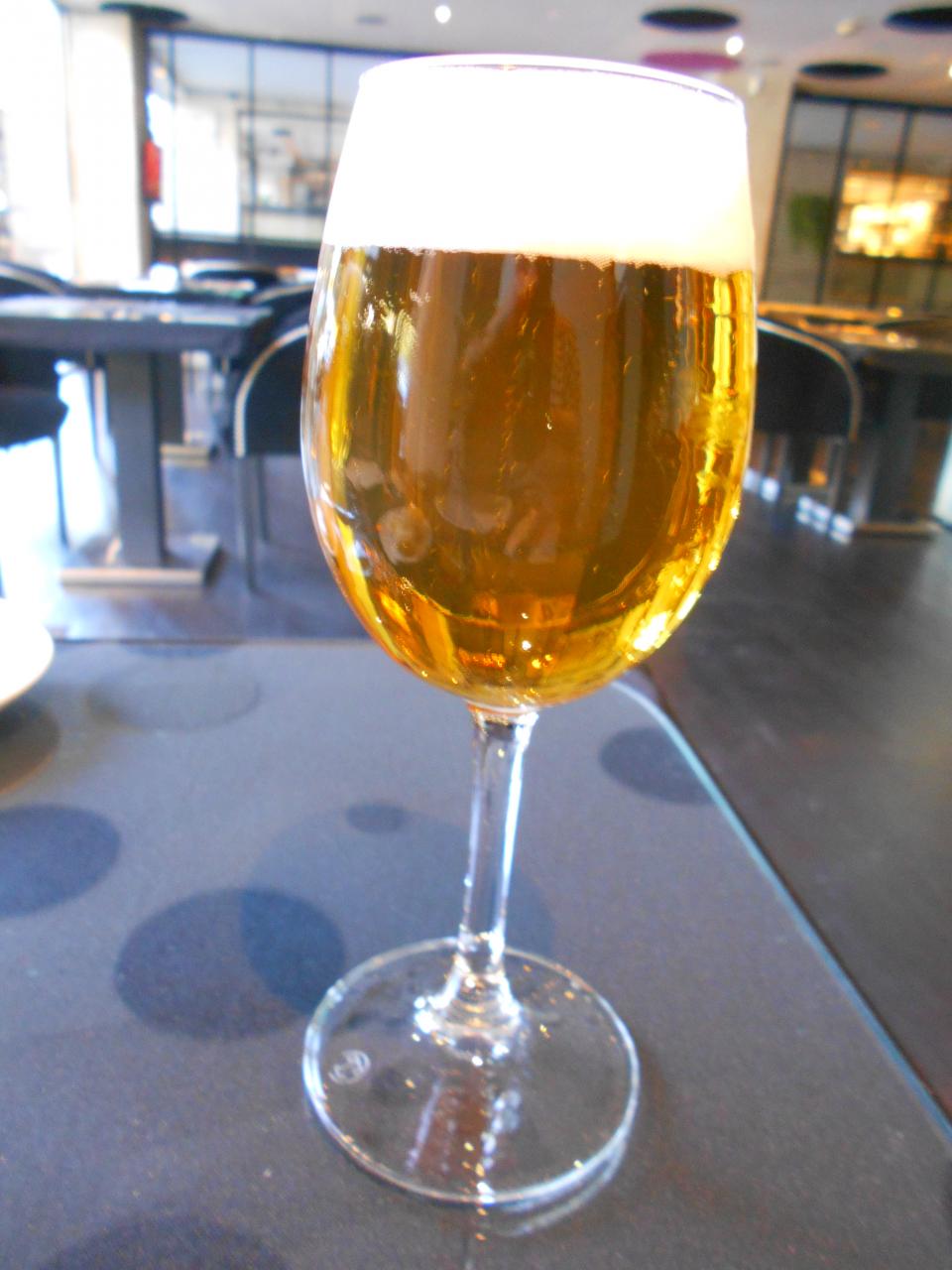