I was only there for the crumble

I must have dishes that give me something to write about

The apple crumble was worth a 10-rating. | Andrew Valente

Never have I gone to a restaurant to do the review without first having seen the menu and given it some considerable thought. The dishes that catch my eye are never the trendy ones, the recent inventions of creative cooks. I’m usually more impressed by the dishes of yesteryear — and sometimes yestercentury. I’m also interested in well known dishes I seldom see see on other menus.

However, what it comes down to in the end is that I must have dishes that give me something to write about. 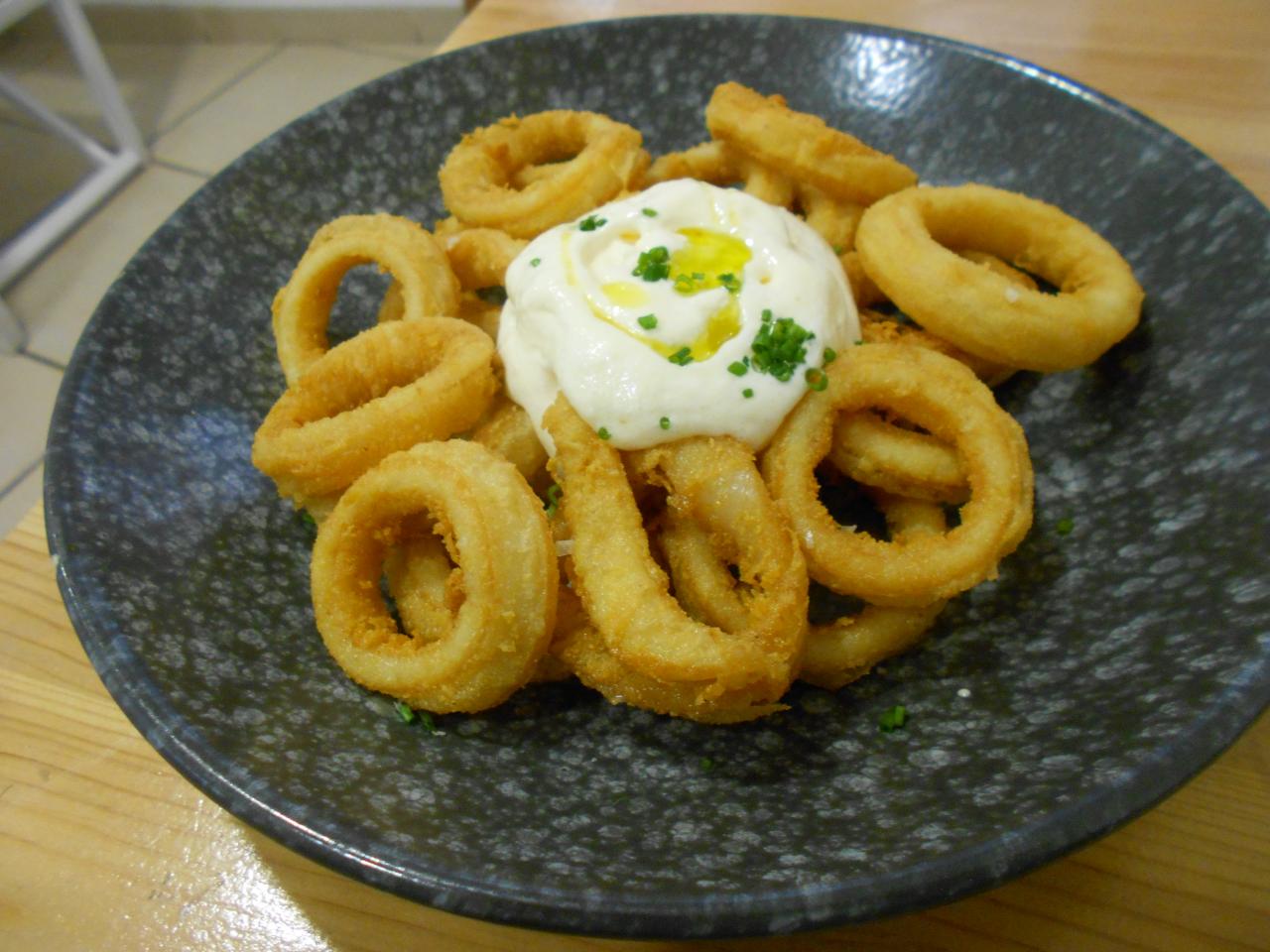 Although I never pick a restaurant because of one of its desserts, that’s exactly what happened last week. When I realised Saranna had apple crumble on the menu, it instantly became my restaurant choice of the week. At that point I was only there for the crumble, although it turned out there were three other attractive dishes. 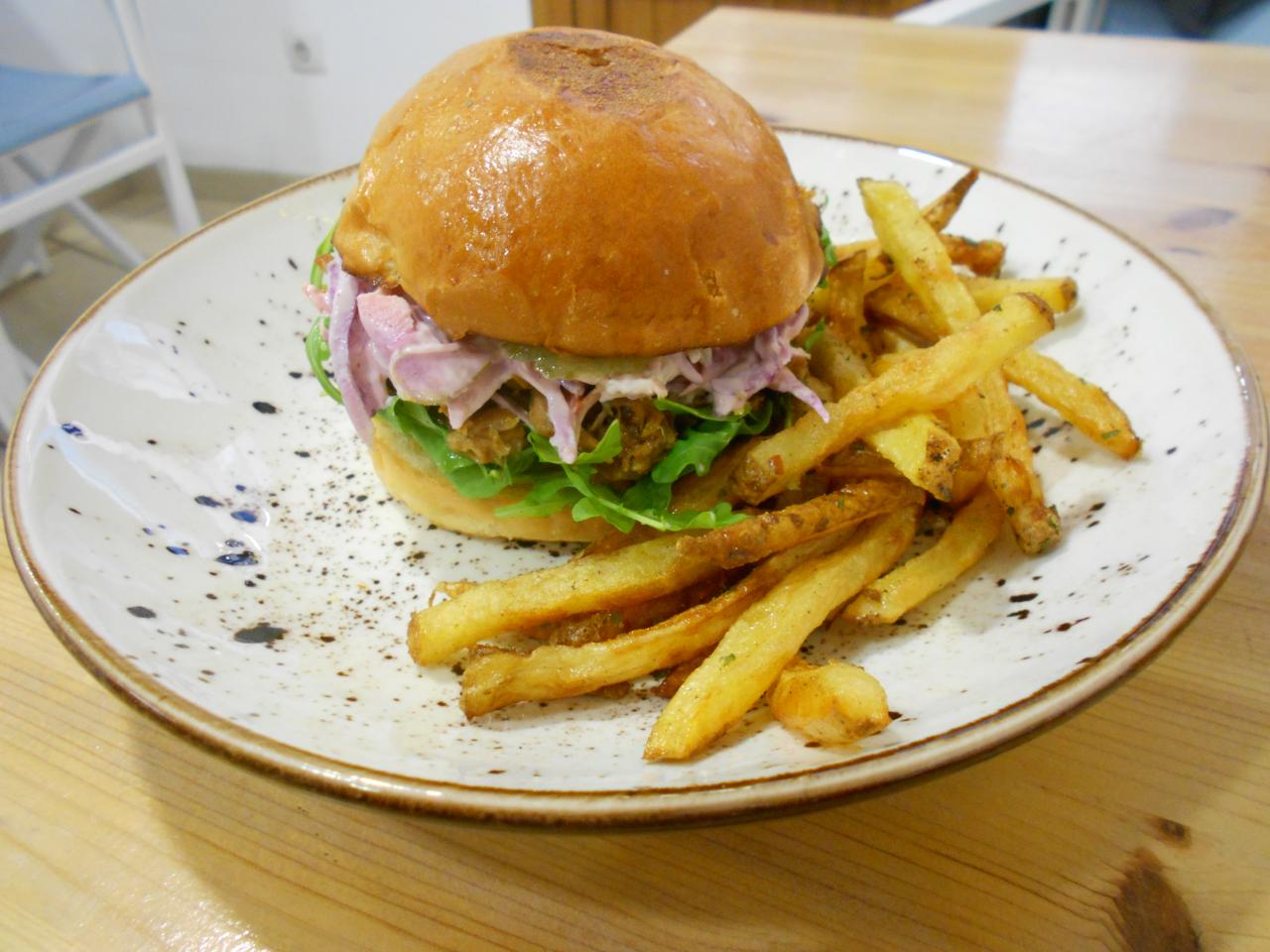 Why does apple crumble have so much instant appeal for me? It has nothing to do with nostalgia. It’s not one of those dishes I liked so much when I was a little boy that I still crave for them…because I never ate apple crumble as a little boy. And not even as big boy.
Crumbles didn’t come into my life (and in Majorca, not England) until about 20 years ago…a rather advanced age to be discovering a dessert much associated with childhood. 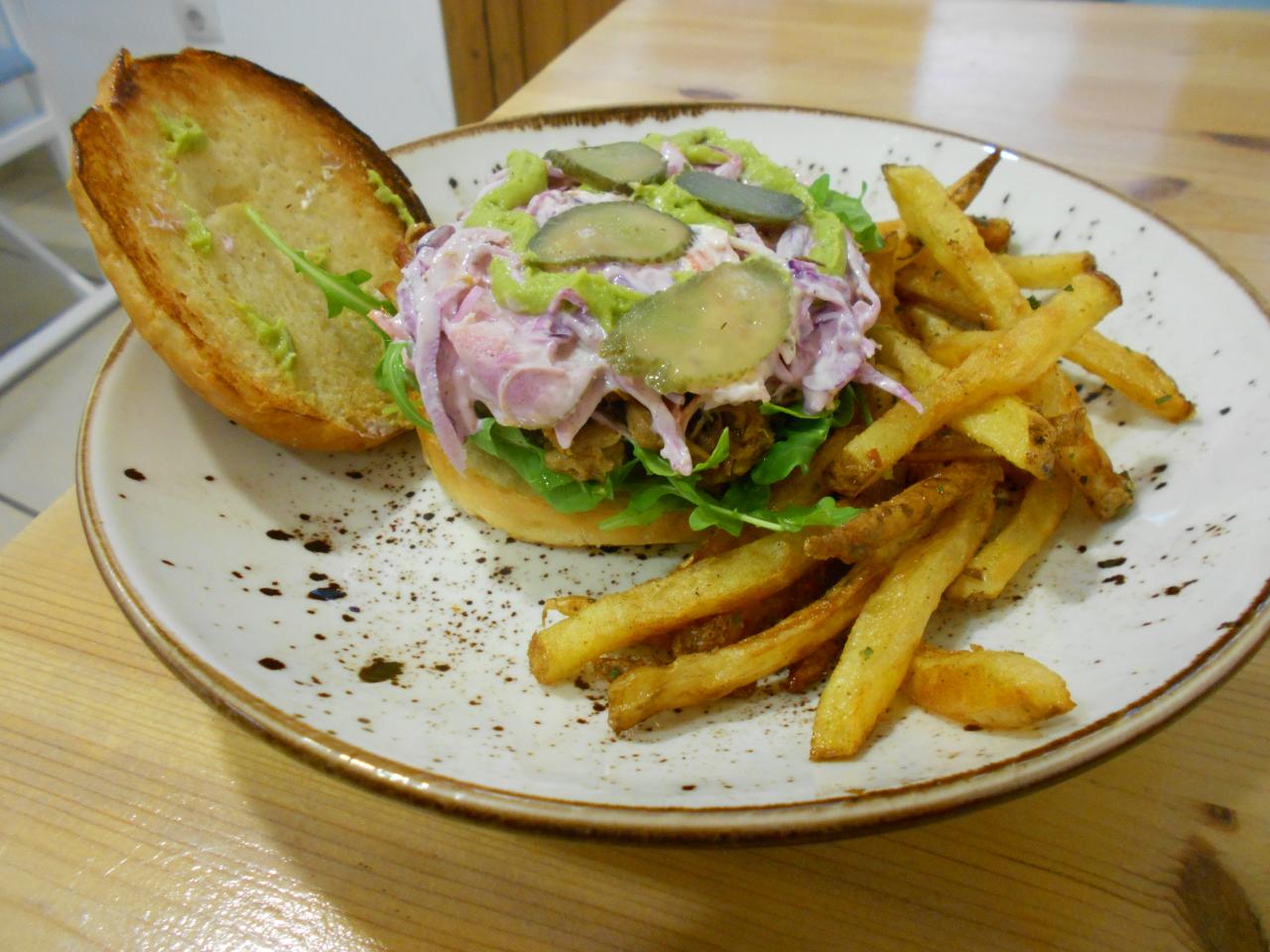 As an adult, what appeals to me about crumbles is the sheer simplicity of the recipe and its incredible taste and texture — that crunchy crumbly covering is a minor masterpiece. And it’s achieved with such little effort. I had a sister whose cakes, pastries and tarts were of a professional standard, so I knew from an early age that good baking of any kind is a lot of work. Perhaps that’s why I never got involved in it: I can do a good pizza, quiche and Majorcan cheesecake…and that’s it.

But a crumble of any kind is easy peasy — and it’s foolproof. The crumble topping always works, you can’t go wrong with it. You just rub butter, flour and sugar together, sprinkle it over a compote of apple or rhubarb and the heat of the oven turns it into a delicious dessert. 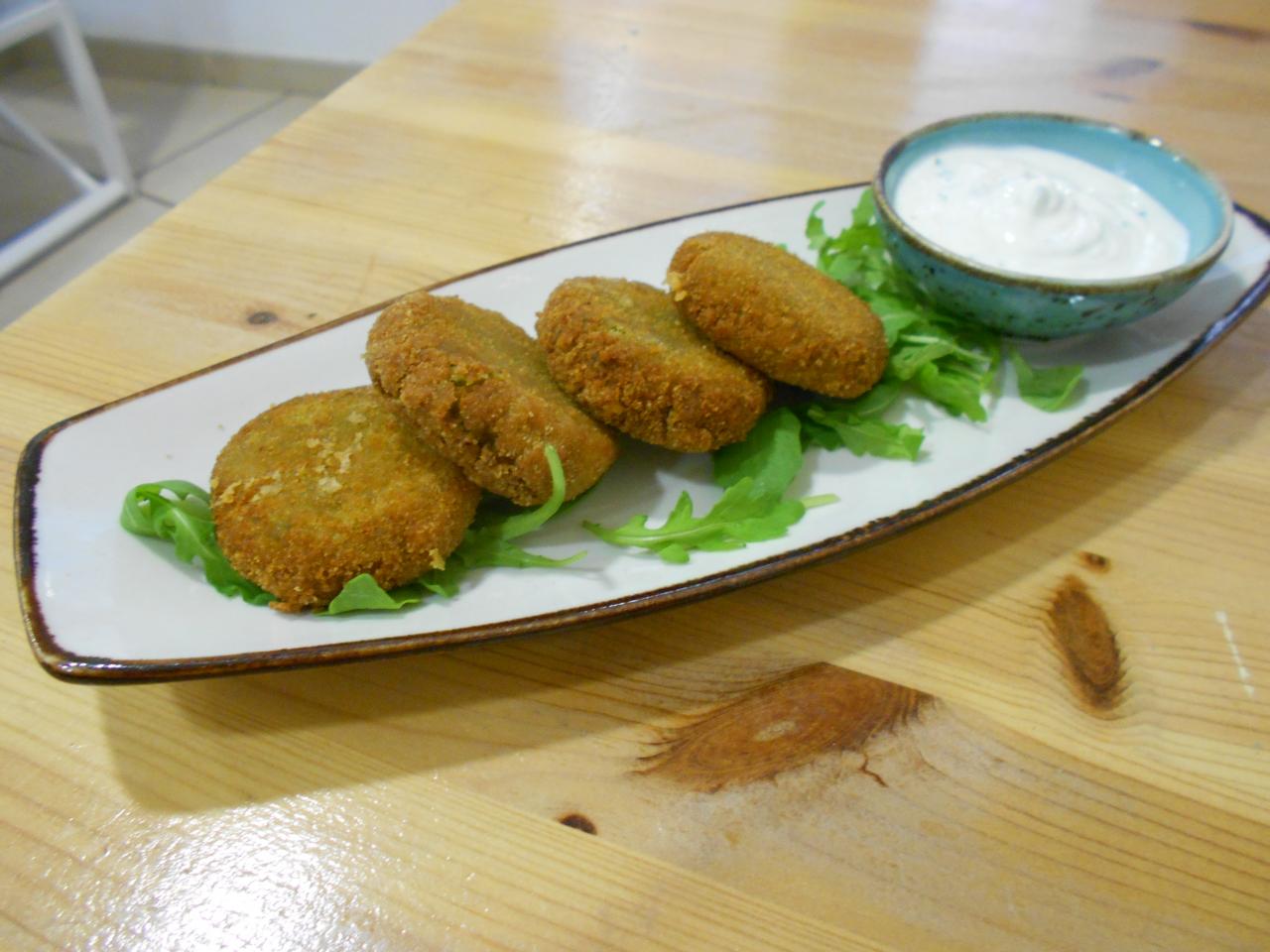 The apple crumble at Saranna was a more ambitious professional one but it still worked beautifully…which isn’t surprising because they do all their own baking at their outlet in Puerto Sóller — even that little biscuit atop the ice cream.

Their apple crumble, so lovely in texture and taste, should have come with a custard but it wasn’t ready. That didn’t matter one little bit — it was still scrummy and worth a 10, written in numerals as high as the Empire State Building.

Saranna calls itself a café because it is very much geared to a passing café-style kind of trade. If you’re shopping at the Mercat d’Olivar or in the centre of Palma, this is the place to head for when you want a cup of coffee and a piece of really good cake to keep you going until you get home. They actually do all of their own baking, including croissants and that little biscuit atop the ice cream in the picture of the apple crumble. There aren’t many places that bake their own little biscuits. Their apple crumble was an indication of the kind of top-class baking that’s in their repertoire. You can also lunch here. The falafel croquettes were nicely spiced in the Middle East tradition and with a smoother texture. The generous portion of calamares romana was a bit oily and the well-filled pulled pork sandwich was cold. They must reheat that pulled pork. 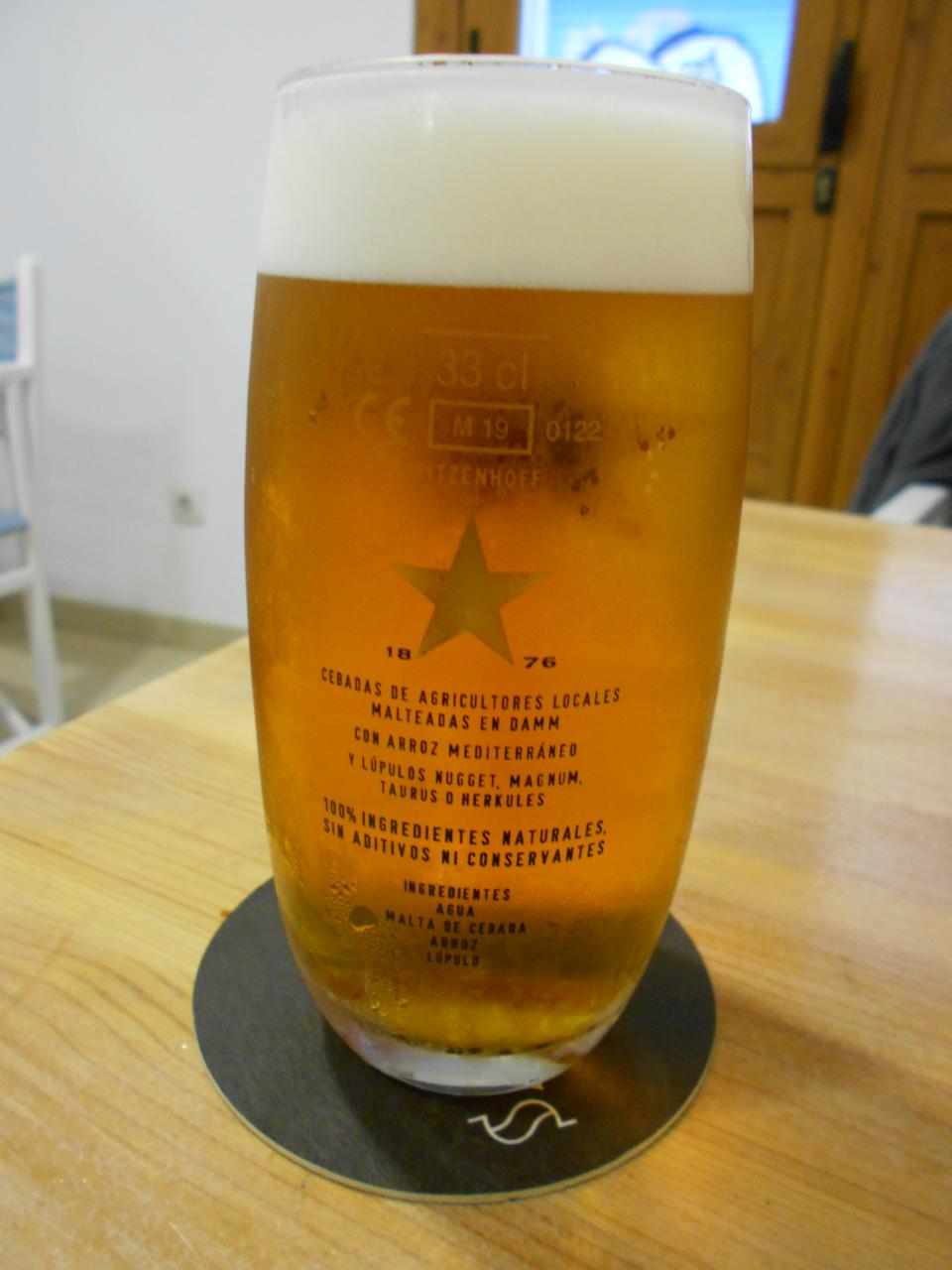 Saranna Café, Calle Olmos 25, Palma.Tel: 971 53 64 32. Normal opening times are Monday to Thursday 9.30am-5.30pm and Fridays and Saturdays from 9.30am to 11pm. Closed on Sunday and Mondays. The interior dining area isn’t very big but they also have pavement tables.