Bay leaf does not rest on its laurels

More herbs and spices are used in my kitchen at the end of November than at any other time of the year. Only a few of them are added to dishes for the table, but a considerable amount goes into preserves and other items I make as Christmas presents.
I use stacks of thyme for dried figs cooked in red wine with honey, and for cubes of cheese in olive oil I get through more thyme plus rosemary, chilli peppers, bay leaf and peppercorns.

There are even more herbs in my sun-dried tomatoes in olive oil: bay leaf, black and white peppercorns, star anise, thyme, coriander seed, chillis and short pieces of cinnamon stick.In the foodie presents, the two most ubiquitous herbs are bay leaf and rosemary — and I’m as interested in their appearance as their aromas.

When choosing herbs for cheese in oil, plants such as parsley and basil are rejected because their leaves are too soft. They would wilt and go mushy in the oil and wouldn’t look good.

But bay leaf and rosemary have tough leaves that keep their shape in the oil, so they are ideal. Both have another advantage: when submerged in the oil they look most elegant. The spiky leaves of small sprig of rosemary conveniently spread out in a most attractive pattern that has great visual impact when seen through the glass preserving jar. But the herb I use most of all is the bay leaf because it has a lovely svelte shape when pressed against the jar. It is also very tough, never losing its smooth curves.

The bay leaf is possibly the most widely used of all the culinary herbs. It goes into everything and no kitchen should be without a good supply.
One of the reasons for its popularity is that a bunch of bay leaves is highly decorative — and when hung in the kitchen it doesn’t cause mess. The leaves of bunches of oregano or thyme fall off as they dry out and litter the floor or kitchen surfaces.

The bay leaf is an essential part of the bouquet garni along with sprigs of thyme, marjoram and parsley. All four are usually tied together so the bouquet can be removed easily before the dish is served.

In Spanish regional cooking, the same herbs are often added individually and are not extracted before the dish is put on the table — a much more rustic and earthy form of presentation well suited to country dishes of all kinds.

Spanish cooks use bay leaves in just about any dish you can think of: soups, stews, roasts, fish, meats and vegetables. They always throw in couple when making a pot of stock.You especially find them in Spanish dishes featuring beef, game or poultry. Bay leaves are also used for fish dishes. Grilled or barbecued fish brochettes gain much in favour if pieces of bay leaf are placed between the cubes of fish.

Bay leaf adds a lovely touch of flavour to a monkfish brochette when the fish has been marinated in olive oil, lemon juice and freshly ground black pepper.
The French use bay leaves in bouillabaisse, although not every recipe tells you so. Just one leaf is needed to contribute its special flavour to the rock fish and other ingredients.
Spanish cooks never make a marinade without adding several bay leaves along with various other dried herbs, especially thyme and oregano. The bay leaf also goes into many kinds of pickles and is one of Spain’s favourite herbs when olives are preserved in brine.Escabeche, that unique dish of Spanish origin in which cooked fish, poultry, meat or game are semi-preserved in a vinegar-based sauce, always has several bay leaves embedded in it.

As in France, Spanish cooks add a bay leaf to the hot milk for a bechamel sauce, thus giving it a distinct taste. Most savoury sauces containing milk will be improved if this method is followed.

One bay leaf adds a subtle flavour to a dish and brings out the taste of the other ingredients. It will never camouflage or swamp the true flavour of fish or meat.
But we must never be heavy-handed with it in cooked dishes or its characteristic balsamic flavour will be overwhelming. It is best, though, to add as many as half a dozen when making a marinade, even when the meat is kept in it for several days.
The bay leaf is different from most herbs in that it is one of the few that has its origins in Europe, mainly the Mediterranean area. It is also different in that its flavour is strongest when fresh. 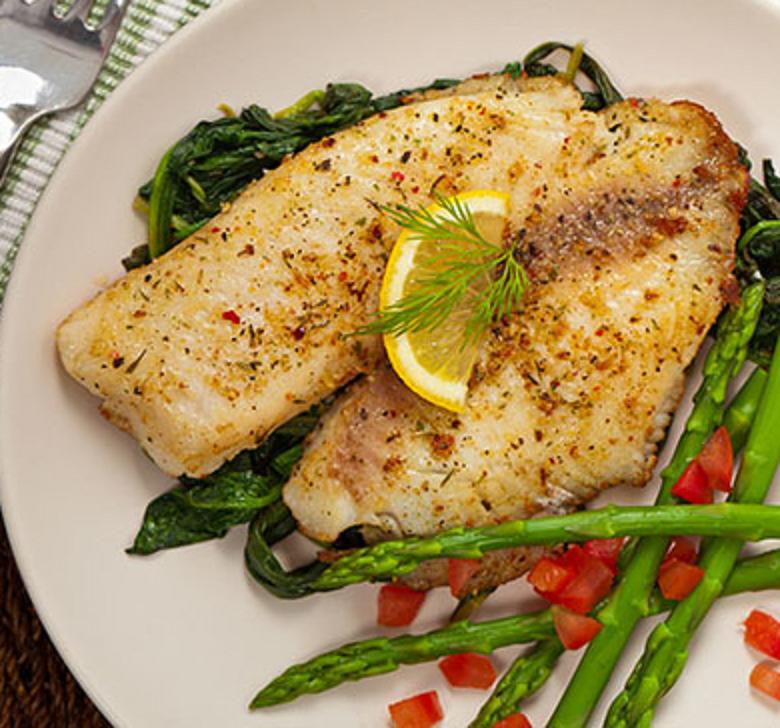 Although the fresh leaves are strongly scented, they are also inclined to be somewhat bitter. I bought some perfresh leaves in a plastic tray for only 70 centimos at El Corfectly te Inglés and put them in a large colander.

After a couple of weeks they had dried out nicely and I put them into biggish glass jar. So I have a supply for about six months or so. But if kept much longer than that they will turn darkish beige colour — they must then be discarded because they will be almost tasteless.

But when the leaves turn brown, either loose or on the stalk, don’t throw them away as they can be used to great effect when barbecuing fish or meat, especially on brochettes.
And dried leaves and twigs scattered over glowing embers produce a perfumed smoke that will enhance the flavour of whatever fish or meat is being grilled.

The botanical name for the bay or laurel tree is Laurus nobilis. In Spanish it is called laurel and in Catalán it is llorer.

The bay was the favourite tree of the ancient Greeks and Romans and because of the bay leaf’s supposed medico-magic powers, the god of medicine was usually depicted wearing a laurel crown.

The Greeks and Romans also made the leaves into wreaths to crown their heroes. Laurel leaves became the symbols of victory or glory, literary as well as military. That’s were the words laureate and baccalaureate come from.
The term ‘resting on one’s laurels’ also comes from the days when laurel leaves were a sign of fame and achievement.