Mallorcan cheesecake is so simple and delish

Why have Palma bakers and pastry makers stopped making it?

The pandemic has made me more observant — or, at least, more aware of what is on sale in supermarkets and food shops…and what isn’t on the shelves or counters and should be there.

As there is rather a big demand for those dishes restaurants are doing for takeaway and home delivery, some supermarkets and shops are also offering a selection of prepared food they didn’t do before.

I’m seeing a wider range of packed sandwiches, as well as a more varied choice of meat pies and cocarrois, the vegetable filled crescent-shaped savoury that is one of the island’s favourite mid-morning snacks.

Supermarket charcuterie counters are also very well stocked with cold cuts, especially a much wider range of cooked ham, costing from under €10 a kilo to more than €20.
In the Iberian cured ham section you will also see a tempting assortment of those at the top end of the market, including one that costs €199 a kilo. In times of stress and strife many of us are inclined to give ourselves little (and not so little) treats.

But at the weekend I also suddenly became aware of something that isn’t there — and not just in these difficult covid times but even before the virus struck. What I am not seeing in bakeries and pastry shops is Mallorcan cheesecake, which is usually on restaurant menus as tarta de requesón, cazuela de requesón or greixonera de brossat, the Catalán term.

On my way to and from the office every day I pass at least half a dozen pastry shops and bakeries and none of them has Mallorcan cheesecake on show. Thinking back over the past seven years or so, I can think of only one small pastry shop that had a whole cheesecake in the window that was sold by the slice. But I haven’t been in that part of town in the past three years.

I find it very strange that I’m not seeing cheesecake. Why have Palma bakers and pastry makers stopped making it? The only reason I can think of is that Palma residents don’t buy cheesecake — they eat only those their mother or grandmother makes at home.

British residents in the 1960s used to lament they couldn’t make certain dishes — such as cheesecake — because cottage cheese wasn’t available anywhere. That was true, but there was an ideal local alternative called requesón. It was the same thing, a fresh unsalted cheese, only different — and in many ways better than cottage cheese.

Since then supply lines have opened up in every field and cottage cheese (plus the Italian ricotta) are stocked by most of the bigger supermarkets. But I seldom use them because I prefer requesón, partly because I was using it long before cottage cheese and ricotta became available. 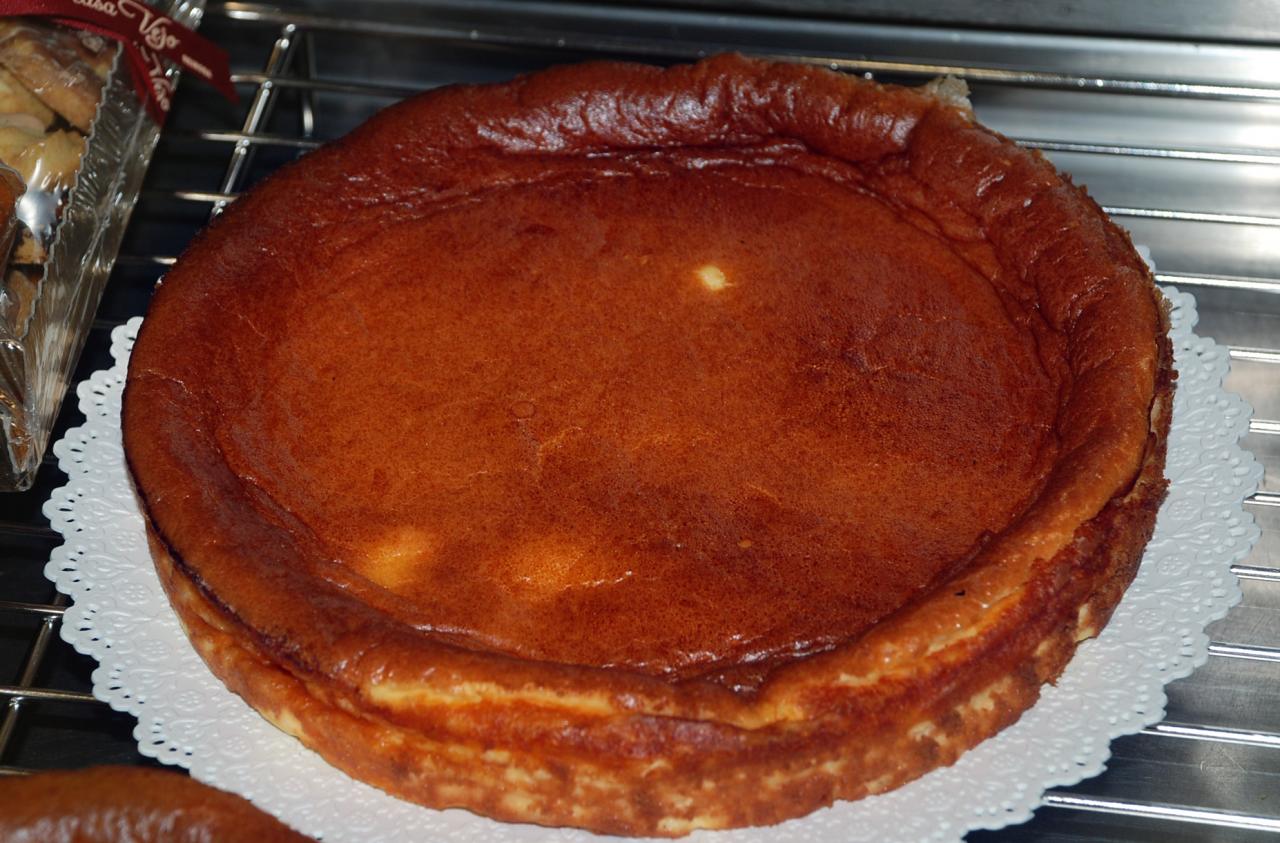 I find requesón works best, especially when I put it through a vegetable mill — its texture is then ideal for so many dishes, both savoury and sweet. Like cottage cheese and ricotta, requesón’s creamy blandness is most versatile and contributes its alluring soupçon of flavour and interesting texture when combined with other ingredients.

Mallorcans are unaware there is a savoury side to the delights of requesón: no islander I have ever met uses requesón for anything other than sweet dishes. Many years ago I was buying requesón at the market to use as a savoury spread and as a stuffing for tomatoes.

The woman serving me asked what I was making with the requesón and when I mentioned a spread that contained dill, parsley, salt and pepper, the look on her face was one of sheer incredulity.

She had never come across anyone who used requesón for anything other than variations on the cheesecake theme as well as other tarts and desserts made with honey, nuts, candied fruits and similar sweet ingredients.

I have no complaints about Mallorcans using requesón only for desserts and sweet dishes. I am very fond of robiols de requesón, the turnover with a fresh cheese filling that is part of the island’s traditional Easter table.

The Mallorcan use of requesón is at its best in cheesecake, their beloved greixonera de brossat. The greixonera (called a cazuela on the mainland) is a popular earthenware dish in which all kinds of savoury and sweet specialities are cooked.

In cazuela de requesón and greixonera de brossat, the cheesecake is baked in and served from one of these dishes. The best ones for cheesecake are those with flat bottoms and a depth of about five centimetres. 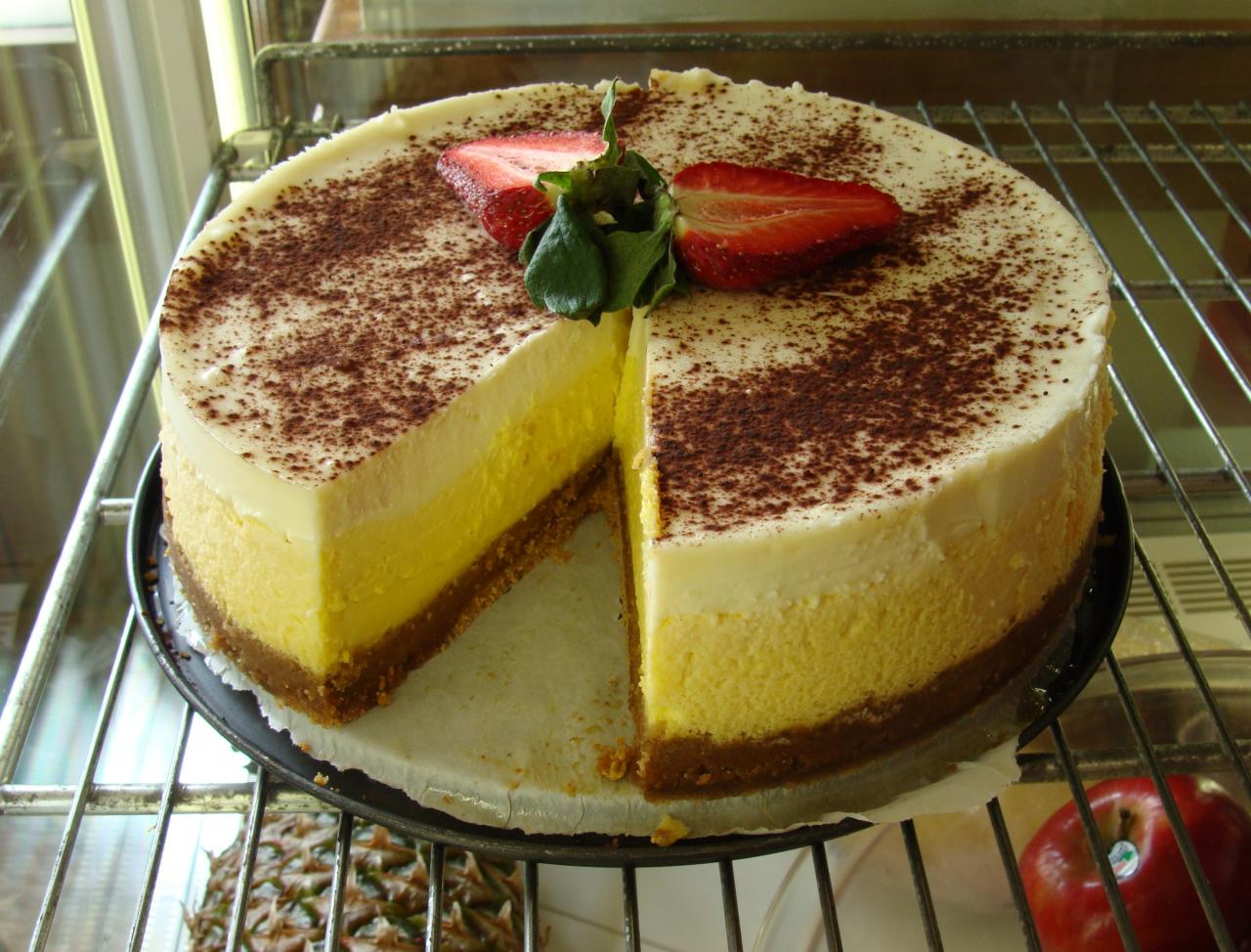 It’s very easy to make cheesecake improvisations, so no two versions are ever exactly alike — and that is one of its great attractions.

The best cheesecake I ever had was at the famous but long defunct Can Maganet restaurant in the Plaza San Antonio, off the Calle Manacor end of the Avenidas. It combined a lovely moist texture with superb flavours and a subtle degree of sweetness.

You can still find a memorable greixonera de brossat at Can Nofre in Calle Manacor 27 (Tel:971-462359), which was one of the Magnificent Seven, the name I gave to Palma’s best Mallorcan restaurants in the 1960s and 70s.

You should also try the version at Celler Pagès in Calle Felipe Bauzá 2 (Tel:971-726036), the only other Magnificent Seven place that has survived. Both are extremely busy for lunch, so get there early or book a table.

The ‘celler’ restaurants in Inca also do a good greixonera de brossat. I try it when eating at any of the inland towns and villages and I always get a decent version, which is what you’d expect.

The recipe for the greixonera de brossat I prefer to make came from the mother of one of my son’s school friends. Apart from its lemon and cinnamon flavours, what I especially like about it is that the recipe works beautifully.

Put the requesón through a vegetable mill into a big bowl and mix in the sugar, beaten eggs, cinnamon, lemon rind and the milk. Break up the magdalenas with your fingers until they are reduced to crumbs and add them to the mixture. Stir with a wooden fork until the ingredients are well blended.

Smear the cazuela or greixonera with plenty of butter and pour in the mixture. Bake in a medium oven until the surface is of a nice brownish colour, which will take about an hour. Serve when slightly warm or at room temperature.