Why do young men [generally] care more about fitness than young women?

"Until that period, the bodybuilding subculture was almost exclusively male"

Image from the film "Casino Royale" with Daniel Craig. | EFE

What’s the target audience for your fitness book?” asked a friend over lunch this past Sunday. “Young men- between 15 and 35”, I answered.

My friend thought that the demographic was too broad. “Who cares about their health and fitness when they’re 15?” she said. “People that age think they’re invincible.”

Did she have a point? Had I completely missed the mark? Or are young men, rather than young women, [generally] more interested in fitness?

“If there’s one major difference between the dating scene in my day and today”, Dad used to say, “it’s that back in my day, no one gave a monkeys about being muscly.”

He had a point. Just look at the iconic James Bond. The two frontrunners to be the next international man of mystery are Tom Hardy and Henry Cavill. Both have had interviews in the likes of Men’s Health and GQ magazine, talking about their training programs and fitness regimens.

Cavill is Superman and the imposing Witcher. Hardy played batman’s beastly rival as Bane in The Dark Knight Rises and an intimidating bare-knuckle fighter in Bronson. Movie producers know that their bodies sell. And for modern Bonds, brawn seems to be more important than brains, or even finesse.

Smooth as silk Pierce Brosnan was her majesty’s darling from 1995 to 2002. By today’s standards, he was lanky. But since he hung up his Walther P99 pistol, online social media has entrenched itself into the very fabric of youth culture. As a result, the world has gone body image crazy. It was no surprise when Brosnan’s successor, Daniel Craig, showed up at MI6 built like an international rugby player.

Fitness coach Simon Waterson trained Brosnan for his last two 007 outings. “Pierce was a very different Bond,” said Waterman in an interview with Esquire Magazine, “more debonaire and stylish”. Craig came in with a different approach: “Daniel always had a clear vision of what he wanted and how to evolve the character physically and mentally”.

Cue the beach scene in Casino Royale, where a bulky, chiseled Craig stands up out of the ocean, his abs and pecs glistening in the tropical sunshine.

His physique appeased audience expectations; watching Brosnan put up a fight against men twice his size no longer ads up. A hero with bulging muscles, on the other hand, is easier to swallow than a dry martini.
Hold on. Muscly action heroes are nothing new.

Schwarzenegger, Stallone, and Jean Claude van Damme (aka The Muscles from Brussels) brought us machine guns held in the grasp of veined forearms back in the 80s, long before the skinny Brosnan wooed the next bond girl in Goldeneye.

80s action films arrived on the back of a growing gym culture, culminating with the movie and book ‘Pumping Iron’ in the late 70s. The film shows Schwarzenegger and co. working out at the famous Gold’s Gym in Venice Beach, California. Arnold set the trend for muscle-bound action heroes. 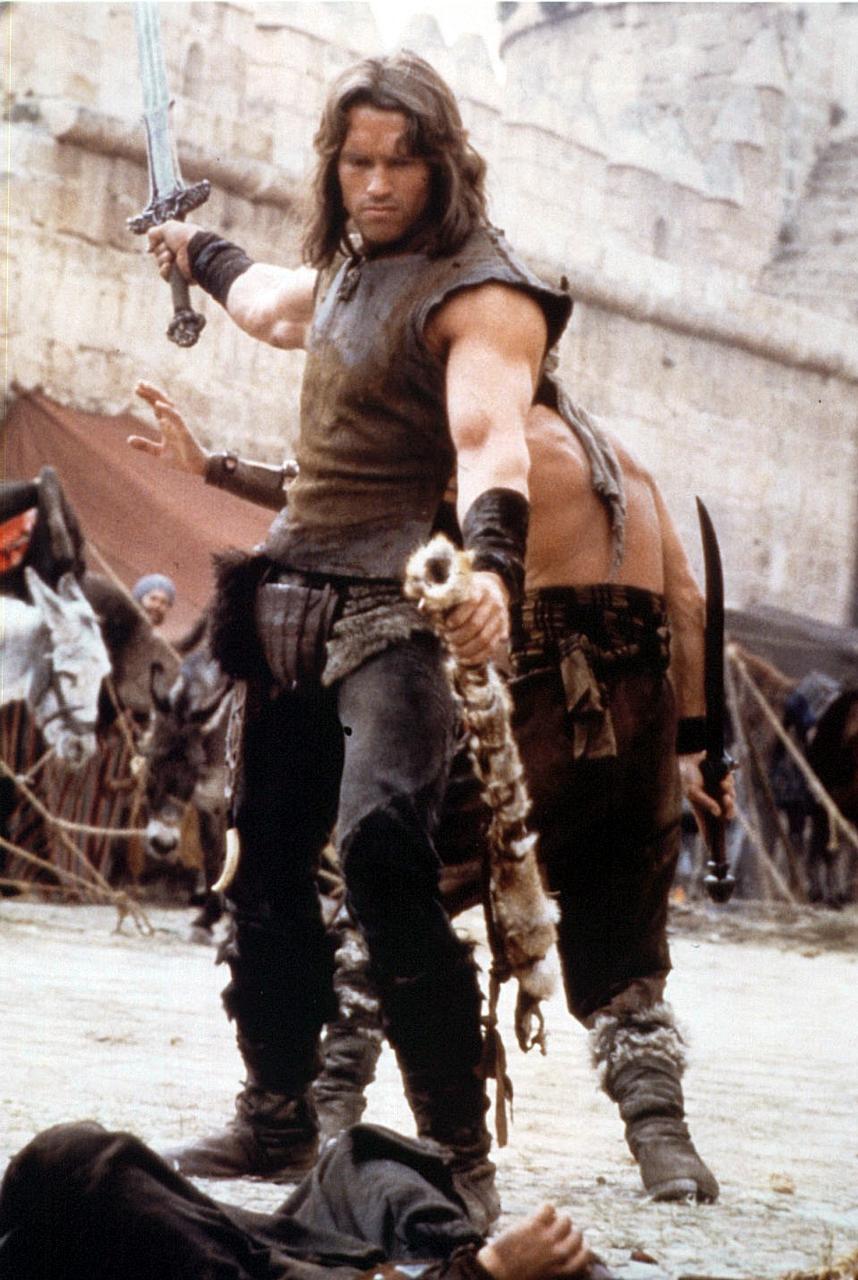 Until that period, the bodybuilding subculture was almost exclusively male. And even though Pumping Iron II followed four women competing at the Caesars Palace Body Building World Cup Championship, a woman with bulging muscles has yet to be seen as an ideal body type outside of that subculture.

Meanwhile, ever more men are working hour after hour in the gym to build bodies that look more like Silvester Stallone than Pierce Brosnan. That’s because men, more so than women, compete for status.

The higher up the hierarchy we climb, the more likely we’ll be selected by females for reproduction. Competitiveness isn’t petty; it’s Darwinian.

Men compete across many hierarchies- from wealth to intelligence, talent to charisma. But those hierarchies are, evolutionarily speaking, relatively new. For millions of years, however, women have selected bigger and stronger males for protection. Of all the hierarchies of dominance, the most primitive, and thus the most deeply entrenched in our psyche, is the hierarchy of physical prowess.

Arnold gave us the ideal body type, but the internet was the catalyst, seeing everyone’s expectations shift from Brosnan to Craig. Although women in the eighties dreamed of a man with Arnold’s narrow waist and broad shoulders, it remained just that- a dream, a ridiculous ideal that few men could achieve.

Before Instagram and Facebook, men only had to worry about the other men in the room, and even then, everyone had their clothes on. A mid-sized bloke stood a fighting chance if a woman walked in and decided to select a man to mate.

Not anymore. Online social media has turned a local fitness hierarchy into a global one. My Dad was a reasonably sized fish in small ponds, but Instagram has me swimming around in an ocean of Hardys, Craigs and Cavills.

Even though I know what’s going on, I’m not immune to the effects. As a fitness coach, the algorithms know I’m interested in exercise-related content. One minute on Instagram and I’m confronted with the worlds finest torsos.

Whether I like it or not, I’m unconsciously sizing them up and feeling smaller and weaker in the process. An educational Youtube Channel named ‘What I’ve Learned’ recently released a video titled ‘Does Instagram lower testosterone?’ If every guy I’m looking at is bigger and stronger than I am, then how big and strong am I going to feel? A few minutes on Instagram and I can feel the testosterone draining out my brain.

There’s an upside. An instinctive desire to not fall further down the physique pecking order has young men gobbling up fitness education like piranhas in a chicken soup, specifically from YouTube.

It enables the sharing, dissemination, accumulation, and enrichment of physical literacy information. And who watches YouTube? The young and tech-savvy naturally watch more than older generations. But interestingly, it’s usage by gender leans towards men, with 78% using YouTube while only 68% of women log into the video-sharing service.

There is pressure on both young men and women to appear a certain way, but there’s a difference.

Whilst middle-aged women want the body of a twenty-year-old girl, twenty-year-old boys aspire to the bodies of middle-aged men. Young women- with cellulite-free bums and arms that don’t flap like a turkey’s neck- are already close to pop culture’s ideal.

Apart from athletes and a dedicated few, women [generally] don’t worry about exercise until they’re past thirty. Young men, on the other hand, are competing to be big and muscly like the action heroes on the big, and now little, screens.

That takes a lot of lifting weights and specific diets. As a result, young men are [generally] learning more about exercise and nutrition than young women.

Minnie | about 1 year ago

I disagree completely. I ran my own PT studio in London and specialised in weight training - and I'm talking heavy! 60% of my clients were females. There is a huge trend for females wanting to rock muscles these days and thank goodness at last they are be coming educated that weight training is the best way to reduce body fat and get toned, rather than just running! From Crossfit to Body Building gyms, females are going hard and NOT going home!