From a smuggler’s bride to Ballermann: German film in Mallorca

For a German audience, there were the exotic images of this island in the Mediterranean

The setting is a picturesque fishing village in Mallorca. The plot revolves around the lovely Rosita. Many men are enraptured by her beauty. One of them is the wealthy Tolomeo. He is very persistent in his attempts to woo her.

Rosita is fortunate in that she can rely on two fishermen friends - Pedro and Andrea - to protect her.

One day, Andrea is persuaded to use Tolomeo’s boat to transport smuggled goods to the big city. Pedro and Rosita decide to accompany him. This turns out to be quite a risky trip. They are almost stopped by a police boat.

But they manage to make it to where the contraband is to be delivered. It is the Black Scorpion tavern, where a masked ball is held on the same evening.

Police storm the tavern. They try to arrest Tolomeo, who grabs Rosita and escapes with her. Andrea rushes after them and is killed. Pedro manages to free Rosita, and Tolomeo is eventually handed over to the police.

In 1929, the first German film with Mallorca as a theme was released. A silent romantic movie, the title was “Die Schmugglerbraut von Mallorca” - The Smuggler’s Bride of Mallorca. It was produced by UFA (Universum Film AG). Founded in 1917, it was arguably the most important film company in the world at that time.

UFA shot two films in Mallorca. The other, a talkie in 1933, was “Der Stern von Valencia” - The Star of Valencia. Its themes were similar to the 1929 film.

Smugglers and beautiful women predominated. For a German audience, there were the exotic images of this island in the Mediterranean. Palma, Cala Sant Vicenç; these were a couple of the places which could be seen.

The German connection with Mallorca in the first decades of the twentieth century is perhaps less known than those of the British, the Americans and the French.

But the German language had of course provided the most comprehensive work about Mallorca and the other islands. Archduke Louis Salvador’s “Die Balearen” was extraordinary in its scope, and he is often attributed with having in effect started tourism in Mallorca.

Despite this, Britain, America and France were the principal target markets for early tourism on the island. “Die Schmugglerbraut von Mallorca” may well have helped in developing the German market.

There was, at any rate, sufficient knowledge of Mallorca in Germany to have attracted Jews and pacifists fleeing the rise of the Nazi Party. Cala Ratjada was to become the main enclave.

Film was and remains a means of promotion. The Franco regime came to realise the potential of film for propaganda purposes.

It wasn’t solely interested in promoting tourism, as it wished to project a better image abroad, but these two aspects clearly went hand in hand. The 1962 film “Bahía de Palma” sought to show a rather more liberated Mallorca. German actress Elke Sommer played Olga. She posed in a bikini.

There were various German productions from the late-fifties onwards. One, from 1960, was “Ein Thron für Christine”. It tells of an American woman, Pamela, who comes to Mallorca with her beautiful daughter Christine.

Their aim is husband hunting. Pamela wants Christine to marry a man with a title and for the money; Christine is looking for love.

A curiosity of this film was that it was a Spanish coproduction with a company from East Germany; curious in two ways because of the communism and the limited capacity that Germans from the east had for travel. 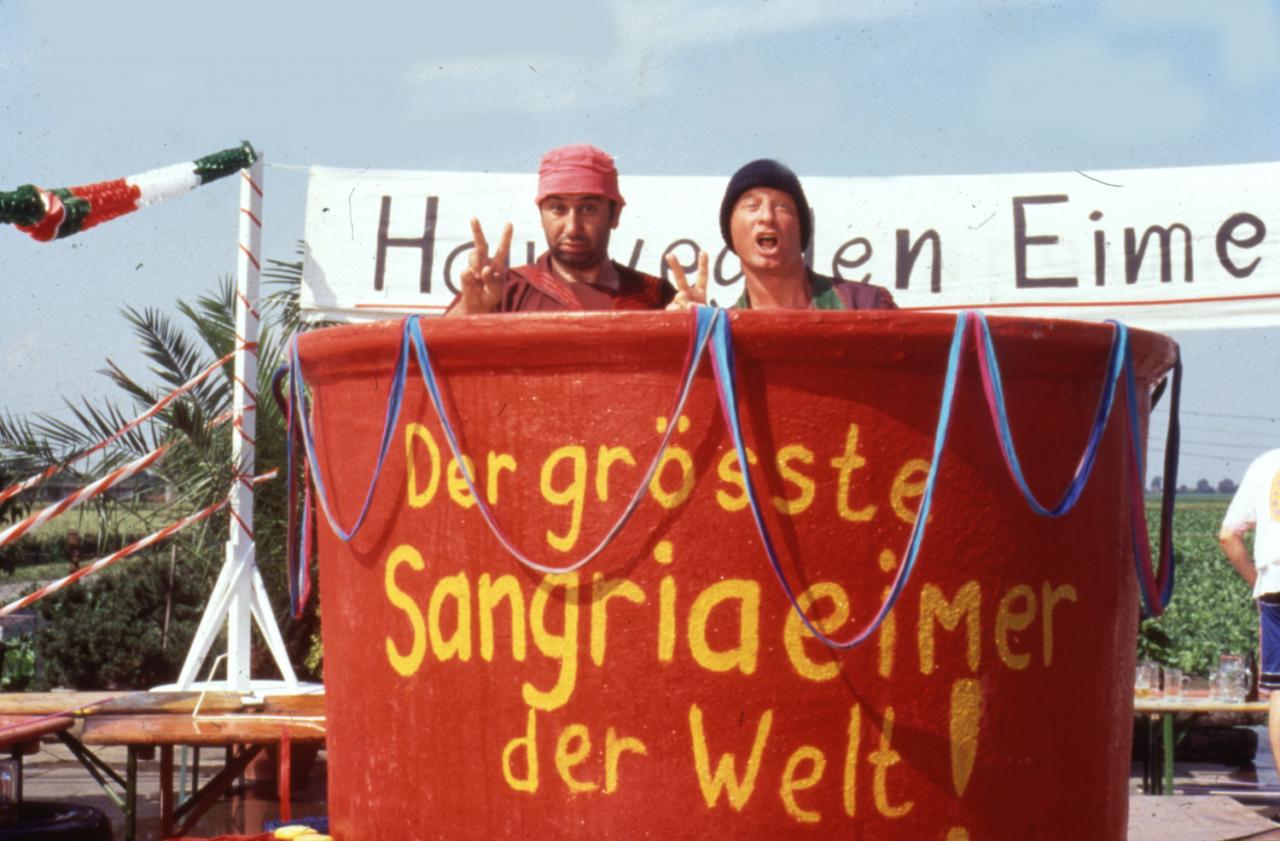 “Ein Winter auf Mallorca” about Chopin and Sand came along in 1981, but it was the nineties when Germany and Mallorca really collided in a film sense, and where better to locate a film for the German market than the premier holidaymaking resort - Arenal.

“Ballermann 6” was released in 1997. The Ballermann of the title is Balneario 6, the focal point for German tourists.

The number has become incidental, as Ballermann says it all, and the 1997 comedy explained all to those Germans who weren’t already intimately familiar with its attractions.

It’s about Tommie and Mario who respond to a promotion ‘Super Mallorca Offer - Three Nights, 195 Marks’. There are two other men who want to snap up the last two tickets of this offer.

When Tommie and Mario succeed, the other two vow revenge and pursue them to Mallorca. This is the basis for a film which has been compared to Jim Carrey’s “Dumb and Dumber”.

Along the way, Tommie and Mario at Ballermann are determined to, for example, drink from the bucket; they fall into ‘the largest sangria bucket in the world’.

It was a long way from The Smuggler’s Bride. Germany was well aware of Mallorca, and Ballermann - as we know - is now a target for tourism regulation. The days of the buckets are numbered.