Nan’s Day Out to the pla

The great pleasures of exploring Majorca had been all mine…

This is the region of Pla de Mallorca, a plain dotted with hills where the most rural part of Mallorca begins. It is a place where farmers have worked the land and reared livestock for centuries. Fourteen small towns – Algaida, Ariany, Costitx, Lloret de Vistalegre, Llubí, Maria de la Salut, Montuïri, Petra, Porreres, Santa Eugènia, Sant Joan, Sencelles, Sineu and Vilafranca de Bonany – make up the Mallorca where the last traces of traditional farm life remain.

My route, in glorious sunshine took me via Binissalem to Biniali. Once you leave the motorway at the Santa Maria Cemetery you are in vine growing wine country for miles. Young vines in particular seemed to be the story here and they surrounded me as the only person on the road.

The flat lands have a charm of their own especially when you realise what they produce for Mallorca and beyond. Biniali is a very old village and some of the houses looked as though they were part of a rural museum. In the late morning it was difficult to understand who lived here apart from the elderly. 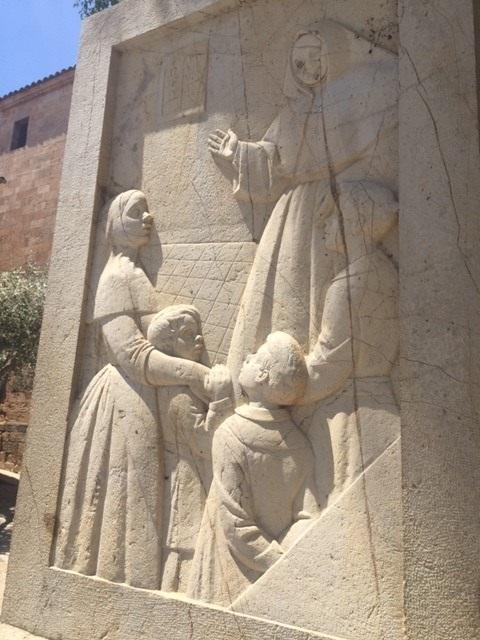 The working people wouldn’t be here at that time any way, but there were precious few children around either. A sweet diversion of a visit to a place in the middle of the island where time appears to have stood still. A Church, of course, but little else apart from a bar. Is Biniali party central at weekends I wondered, somehow I doubt it. 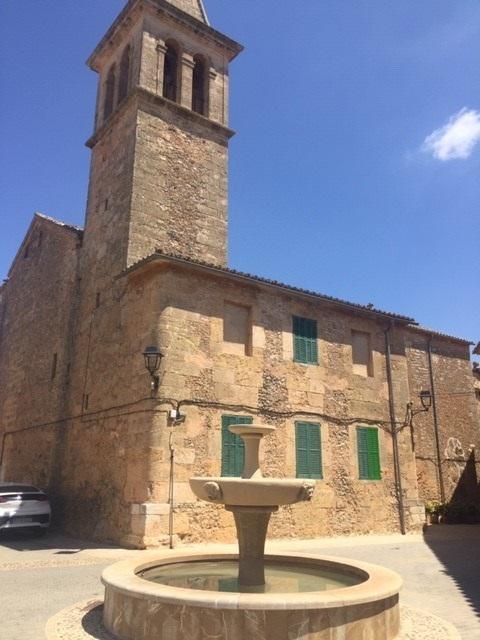 She is in the local consciousness because of a rainy day story for Alcudia in the 16th Century and then again five years ago. Prayers for rain were being said all over Mallorca owing to drought around her feast day in February. A little rain fell in Sencelles followed a few days later by a deluge.

The Agueda effect had been felt and the villagers were grateful. As one of the Mallorcan Churches to venerate this Saint the pilgrimages have started with a Breast Cancer theme. Meanwhile, the village doesn’t overlook her martyrdom and, it could be inferred, also takes account of her breast cancer patronage.

Their fiestas have a special cake. Known as “mamellete”, it’s an almond cake which is in the shape of a breast and has a cherry to symbolise a nipple. 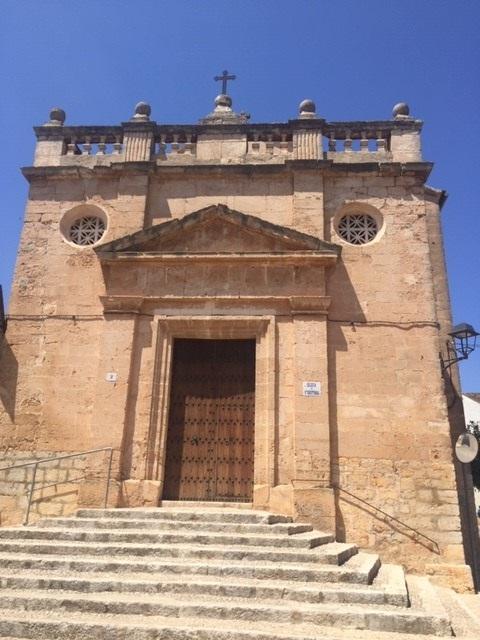 Sencelles is a little hub and as I sat in the one bar I could see in the village, a series of school buses arrived depositing the teenage children. Then the local bus comes to pick them up and deposit them all over the locality. Rural life and school buses are a feature of every day here.

The sleepy charm of the villages is soporific but their work is all around the growing seasons where back breaking work still exists. From vines to cabbage and cauliflower they all have to be picked. Local children help when they are young but after education they usually leave their rural life. The picking is largely done by the migrant labour invited to Majorca for that purpose.

The fascination of these places is in the numbers of people who have chosen to live in them from the many incomers to Mallorca. They love the villages which are only a thirty-minute drive one way to Palma and thirty minutes the other way to Alcudia and the beaches. The Pla villages are highly sort after, so my Estate Agency friends tell me. I am fascinated by the Town Halls and Churches they all have. 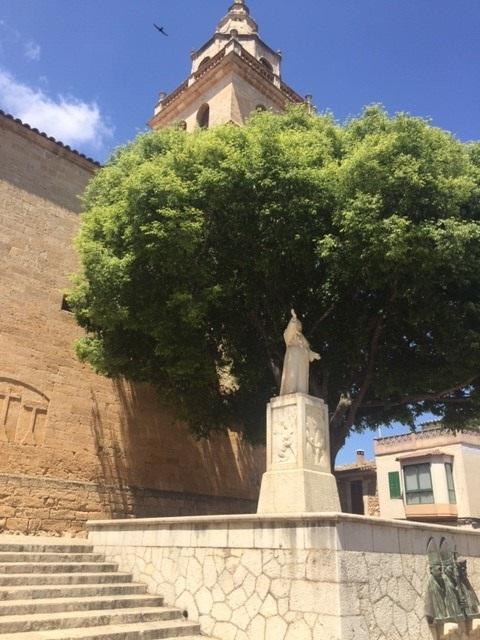 The hamlet villages like Biniegual with 14 houses, still has a Church. The number of Town Halls and Mayors for a population of less than a million people is another story. Add that to the number of Churches on the Island and it all represents the small town security element of this island. This is an example of local government where it truly means local. Back in my own neck of the woods Soller, Deya and Fornalutx all have their own Mayors plus churches galore. 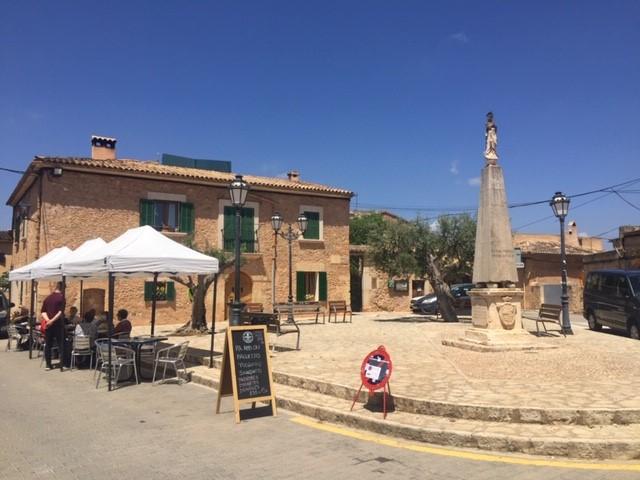 Time to turn the car round and head for home. My adventure had taken me to a different world but I was back home in 35 minutes. The great pleasures of exploring Mallorca had been all mine…