Wild Mallorca: Into the Spanish Canes

It is easy not to take much notice of the reeds and just carry-on walking, but they are alive with a multitude of wildlife. The Albufera Marsh in Alcudia has the best examples of reed beds on the island, and there is the Common Reed that grows here, with another species that literally stands out, and that is the Giant Reed (Arundo donax) - also known as Spanish cane, or Colorado river reed, wild cane, carrizo, arundo and even Elephant Grass.

This impressive perennial cane grows up to 20 ft in height and in ideal conditions they will reach 33 ft. The hollow stems are 2-3 cm in diameter with grey-green, sword like alternate leaves which can be 12-24 inches long. They tend to look like an outsized Phragmites Reed. 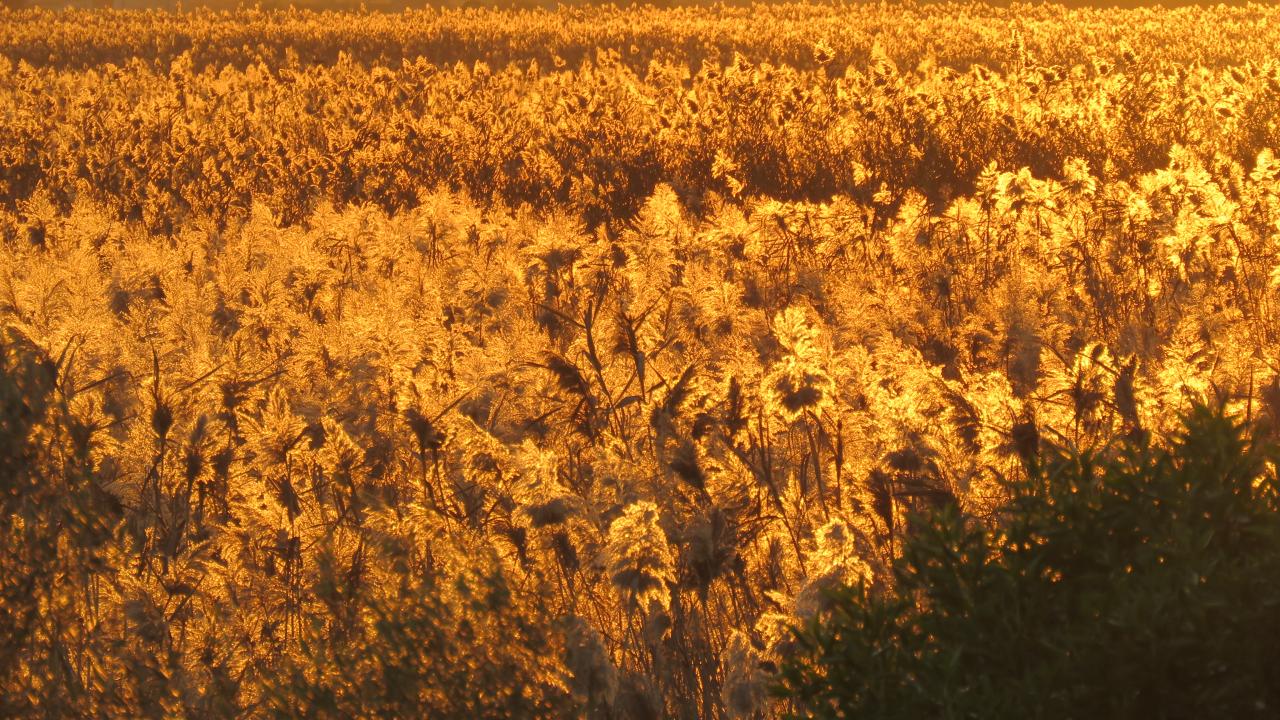 As soon as you walk into the reserve, the reeds can be seen on the left in the marsh area and down to the right along the Siurana Canal that runs into the reserve. Straight away there are birds calling from amongst the reeds, with the ever present and vocal Cettis Warbler calling away and usually only giving tantalising views as it flits between the reeds.

Sometimes they will come out into the open and sit on one of the many White Poplars that grow close to the reeds, and offer a chance to see their lovely chocolate colour before disappearing again. Moorhens scurry about at the base of the reeds whereas the Eurasian Coot and Mallard prefer the slightly more open areas.

Little canals (or reens) criss-cross the reserve, and a stop at one of the stone bridges and scanning along the narrow canals in the summer months, will eventually reward you with a great waterbird - the Little Bittern. Its larger cousin the Eurasian Bittern despite what some of the local birdwatchers say, can also be seen over the reeds, I have recorded them here on many occasions. 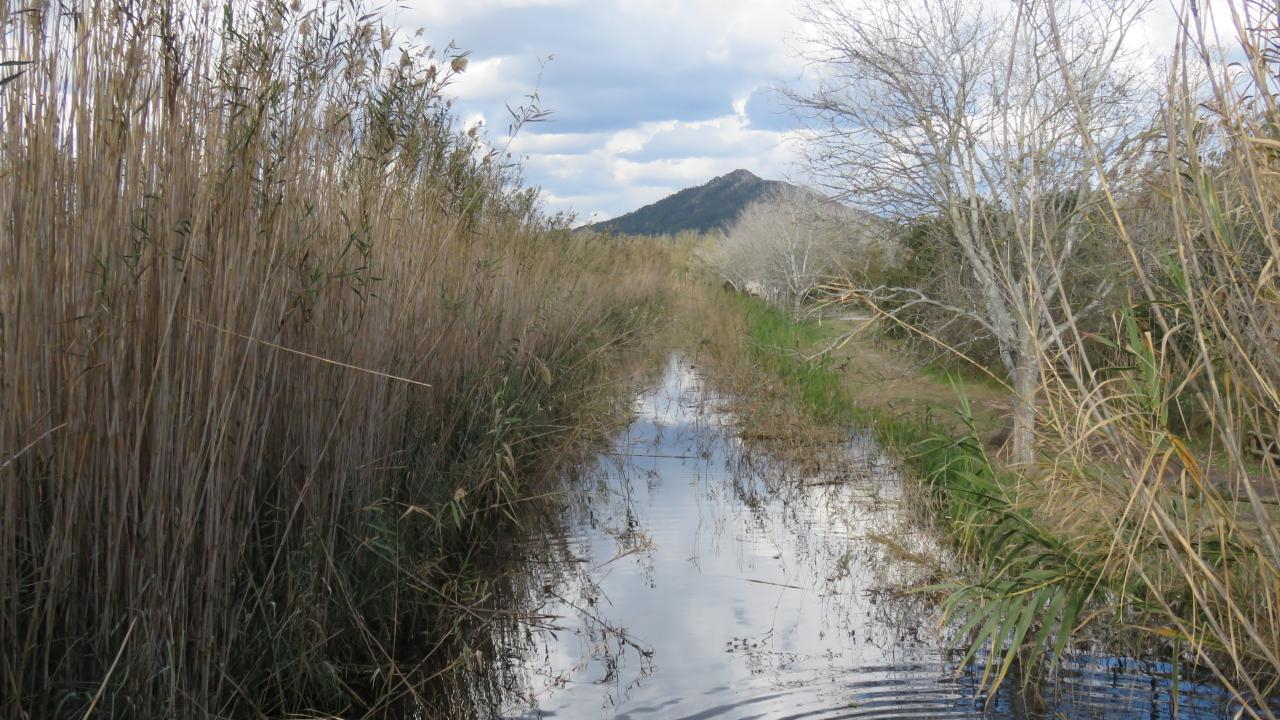 The Giant Reed flowers in late summer, bearing upright, feathery plumes 16-24 inches long, looking almost a purply colour. They are usually seedless or contain seeds that are rarely fertile. Knotty, fibrous underground rhizomes which penetrate up to 3 ft into the soil is how it reproduces. A single node can sprout easily in such conditions and they can adapt well to floods.

On Mallorca and elsewhere in the Mediterranean, where a temperate climate is characterized by warm, dry summers and mild winters, new shoots will emerge around March and grow at a rapid rate into June and July producing many stems and of course leaves. Where the reeds stretch out over large areas, spend some time watching and listening for bird activity.

Such areas will see Marsh Harriers quartering the reeds, looking for ducks and waders in the open, muddy areas, and a Savi’s Warbler will use a large open area to give off its distinctive long song, which can carry for some distance.

There are some beautiful scenes to be had when looking at the reed beds. Many a late evening has seen the setting sun cast a golden glow right across the reed beds, and even in the daytime, a slight breeze moving through the reeds will gently sway the tall stems back and forth and giving off a ‘whooshing’ sound. 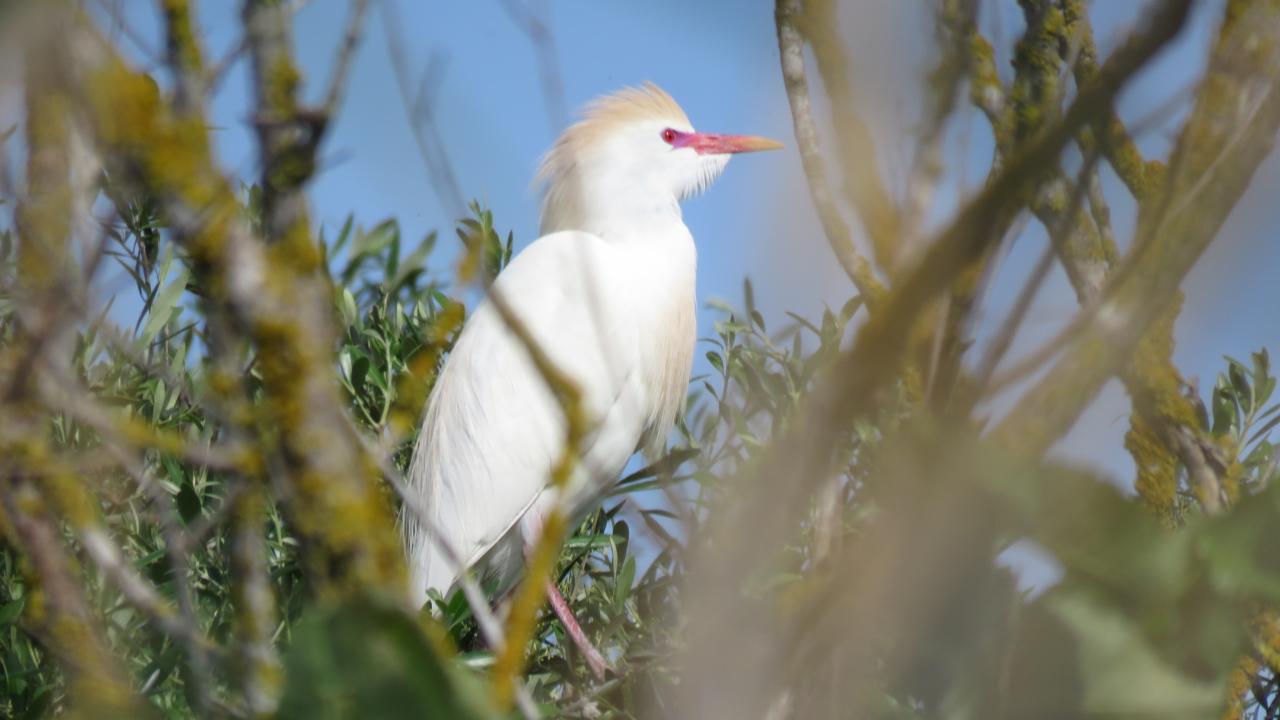 This, coupled with the feathery plumes interspersed with the silvery leaves of the Poplars makes for a tranquil setting, with your wellbeing enhanced by the accompanying bird song. Here, the Giant Bindweed spirals its way through the reed stems, where the large, white trumpet-like poisonous flowers add a splash of white to the stems. The heart-shaped leaves stand out against the backdrop of the reeds.

The reeds have a number of uses. Apart from a great feeding and nesting habitat, they can also act as wind breaks, supports in horticulture, roofing material to create shade and even for mouth pieces of reed instruments such as the clarinet.

Even in the winter the reedbeds have some character about them, and nothing beats the winter spectacle of standing on one of the tall viewing platforms and watching the arrival at dusk of anything up to three million Starlings coming in to roost, and making the magnificent ‘murmuration’ twist and turns before they descend into the reeds to roost.

There are lots of little places to sit and scan along the narrow canals with the reeds growing along the banks on each side, where the Crested Coot will venture out to feed on the water, and where the much shyer Purple Gallinle skulks at the base of the reeds, looking like an oversized Moorhen. 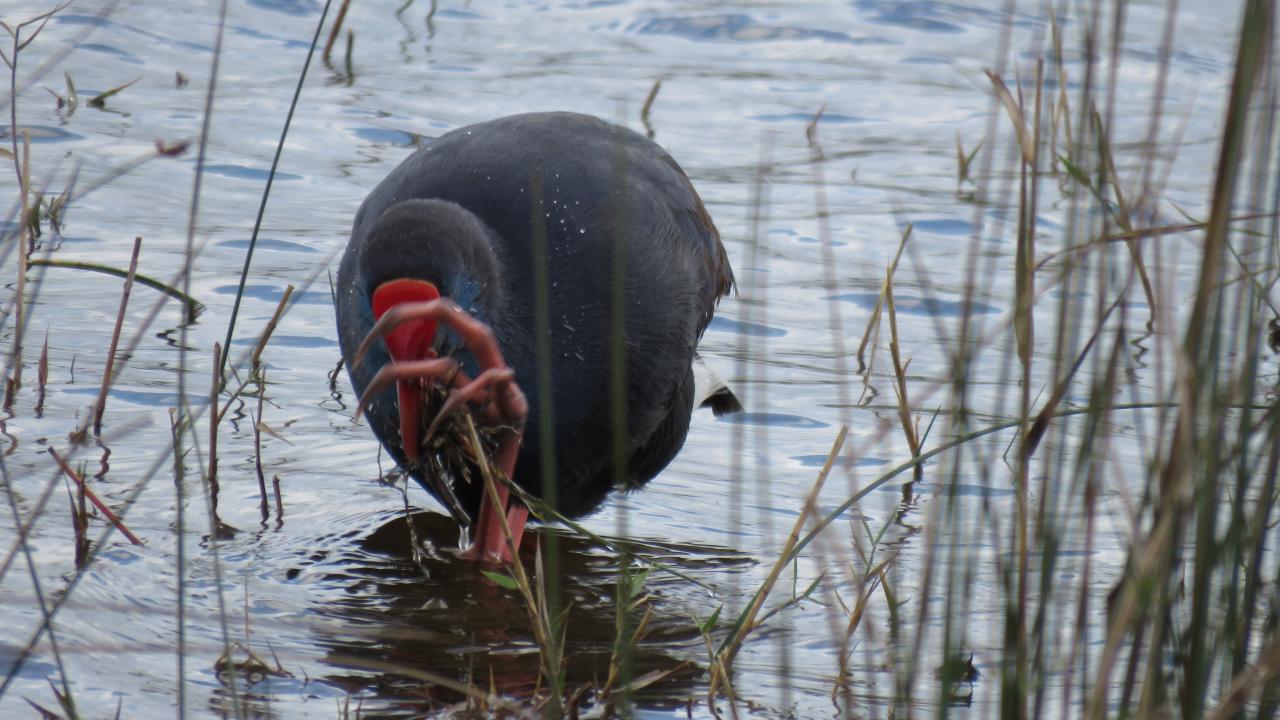 On the banks and sometimes on the bent over reeds at the base, Stripe-necked Terrapins lounge around soaking up the sun, and Dragonflies and Damselflies will be out in force, including one of my favourites, the Large Red Damselfly.

Moustached Warblers call from within the reeds, and despite there being around 3,000 breeding pairs, they can remain quite elusive at times. There are two species of birds that nest in the Pines and smaller trees that grow amongst the reeds, and even as you approach, their almost prehistoric-like calls can be heard.

Cattle and Little Egrets are colonial nesters, and where the boardwalk is located leading up to the visitor centre, can be a great area to see this for yourself. The activity and noise is great fun to watch, and blobs of white can be seen in the trees themselves, with the occasional youngster landing on the reed tops only to be startled at the stems bend over with their weight.

It really can seem at first when looking at the reeds that there is not much contained within them, but they actually support a high amount of flora and fauna, and can form some very relaxing scenes and sounds in the right conditions. And nothing tops off a visit to the reed beds better for me, than listening to the aptly named Great Reed Warbler belting out its song, even giving the Nightingale a run for its money.

The reed beds of the Albufera form one of Europe’s most important bird habitats, and standing on a viewing platform will allow you to appreciate the sheer size of these vast, varied, important and beautiful reed beds, spanning 1,464 hectares.