This is the story of Thunderbird, a loggerhead turtle that escaped from ghost fishing gear in the Mediterranean and, if our worst suspicions are confirmed, ended up being unintentionally caught by the industrial fishing fleet in Senegal. This video shows Thunderbird´s extraordinary journey, of more than 6,000 km over 7 months, discovering some of the main threats that sea turtles and other marine megafauna species face throughout their lives. | Youtube: SAVE THE MED FOUNDATION

The story of a turtle caught twice in fishing gear reveals a dual threat facing many marine animals.The female loggerhead turtle, called “Thunderbird”, was entangled in lost or abandoned fishing gear in the Mediterranean, off the coast of Mallorca, last year and was subsequently fitted with a satellite tag and freed.

Researchers tracked the turtle as it swam through the Strait of Gibraltar and headed south along the coast of Africa. But then signals became erratic, before a final position from the tag showed the turtle on land – near a major fishing port in Dakar, Senegal, suggesting it was unintentionally caught by a fishing vessel, probably a trawler. 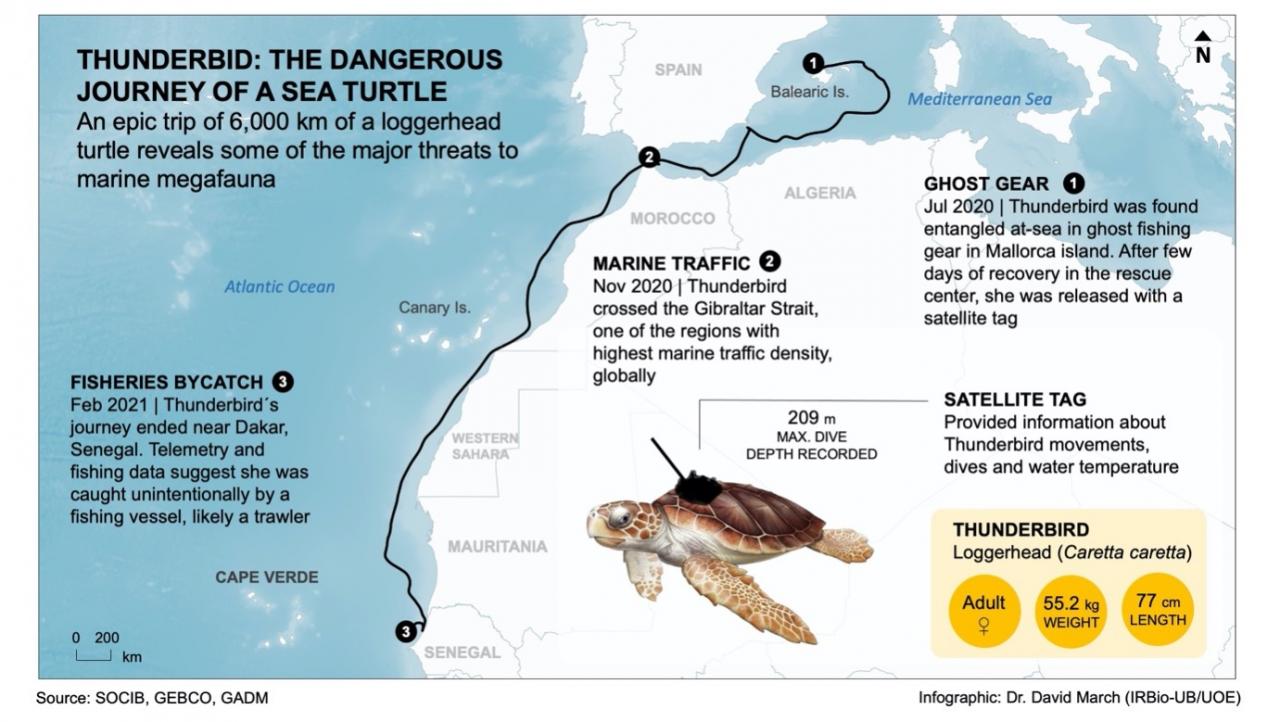 “The turtle was found entangled in ghost fishing gear during one of Save the Med Foundation’s research expeditions in July 2020, off the waters of Dragonera Island. The team initiated a rescue protocol together with Palma Aquarium Foundation’s rescue center and within hours the turtle was transported to the rescue centre in Mallorca.

Thunderbird was not the only turtle rescued by Save The Med Foundation in 2020. Another three turtles were found entangled in abandoned fishing gear in different parts of the Balearic Sea. Last season proved to be a record year in turtle strandings in the Balearic Islands. 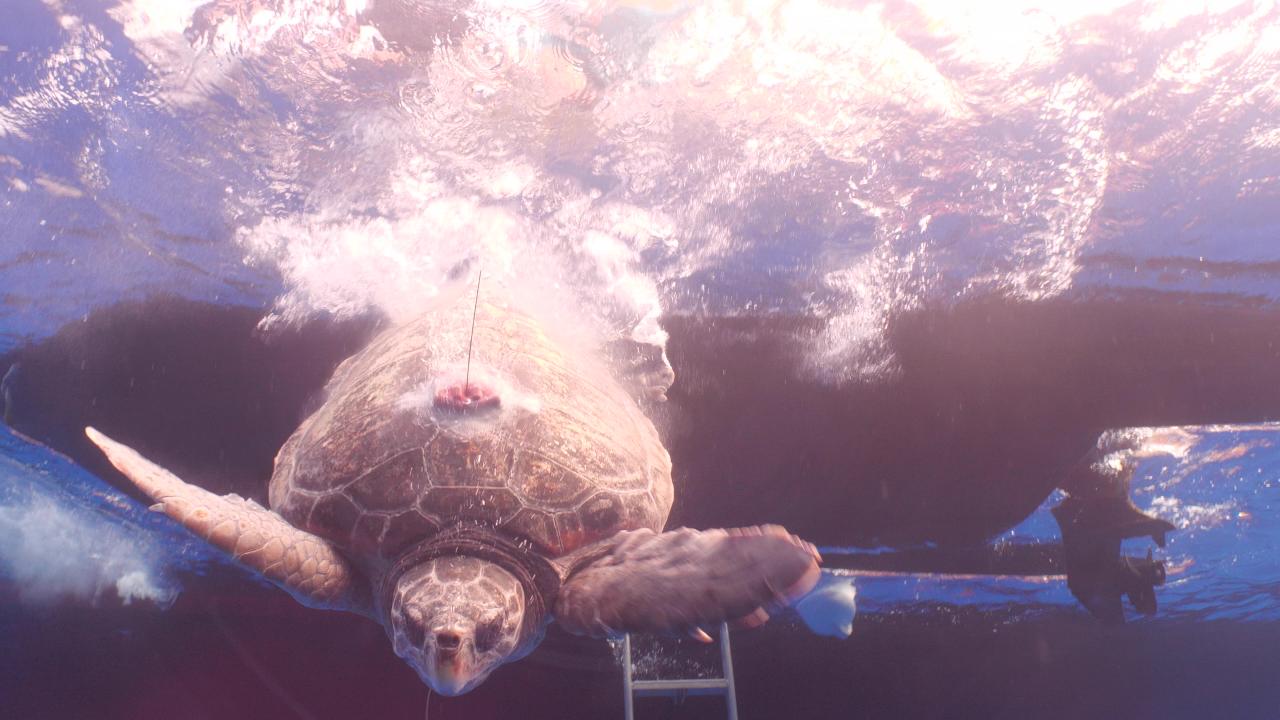 The satellite tag attached to Thunderbird before her release on August 11, allowed researchers to track her epic journey of 6,000 km through the Western Mediterranean and the waters off West Africa. Data from the satellite tag is analysed within the framework of the “Turtle Oceanographers” programme and the trajectories of the tagged turtles can be followed on SOCIB’s website: http://seaturtle.socib.es/es/turtle-viewer/

“Thunderbird surprised us in November 2020 by crossing the strait of Gibraltar. Instead of swimming west to Florida or the Caribbean, where most turtles from the Mediterranean go, she swam south along the West African coast. In February we stopped receiving regular updates from Thunderbird’s tag, with a final signal on March 17 on land, near the main harbour in Dakar,” explained Dr. March from the Balearic Islands Coastal Observing and Forecasting System (SOCIB).

This suggests the turtle was caught by accident by a fishing vessel and taken back to the port.

“We don’t know if Thunderbird was released alive after capture, or died as consequence of the bycatch event.”

Entanglement in abandoned or lost fishing gear has become the major threat for sea turtles in the Balearic Islands. Off the coast of West Africa, unregulated or illegal fishing is not uncommon. Migratory animals such as turtles may face the same threats over and over again on their journeys

Dr March added: “The journey of this turtle illustrates two of the major threats that many marine species face on a daily basis at sea – entanglement in abandoned fishing gear, and bycatch in industrial fisheries. We must urgently address both issues to limit their impact on a wide range of marine species and ecosystems.”