Food and Wine: Hummus - It must have good taste of tahini

Since way back and also in very recent times, I’ve seen all kinds of takes on hummus, the chickpea spread that is an essential part of the mezze, the superb array of little dishes that precedes an Arab meal.

Hummus is basically mashed chickpeas into which is stirred tahini, a paste made with toasted sesame seeds.

If you have eaten it only in restaurants, or bought it in supermarkets, you almost certainly have never tasted a genuine one made with tahini.

There is a simple reason for this. Although sesame seeds are reasonably priced, tahini paste has always been on the dear side. That means restaurant cooks never use it — at least I have never come across tahini-flavoured hummus. 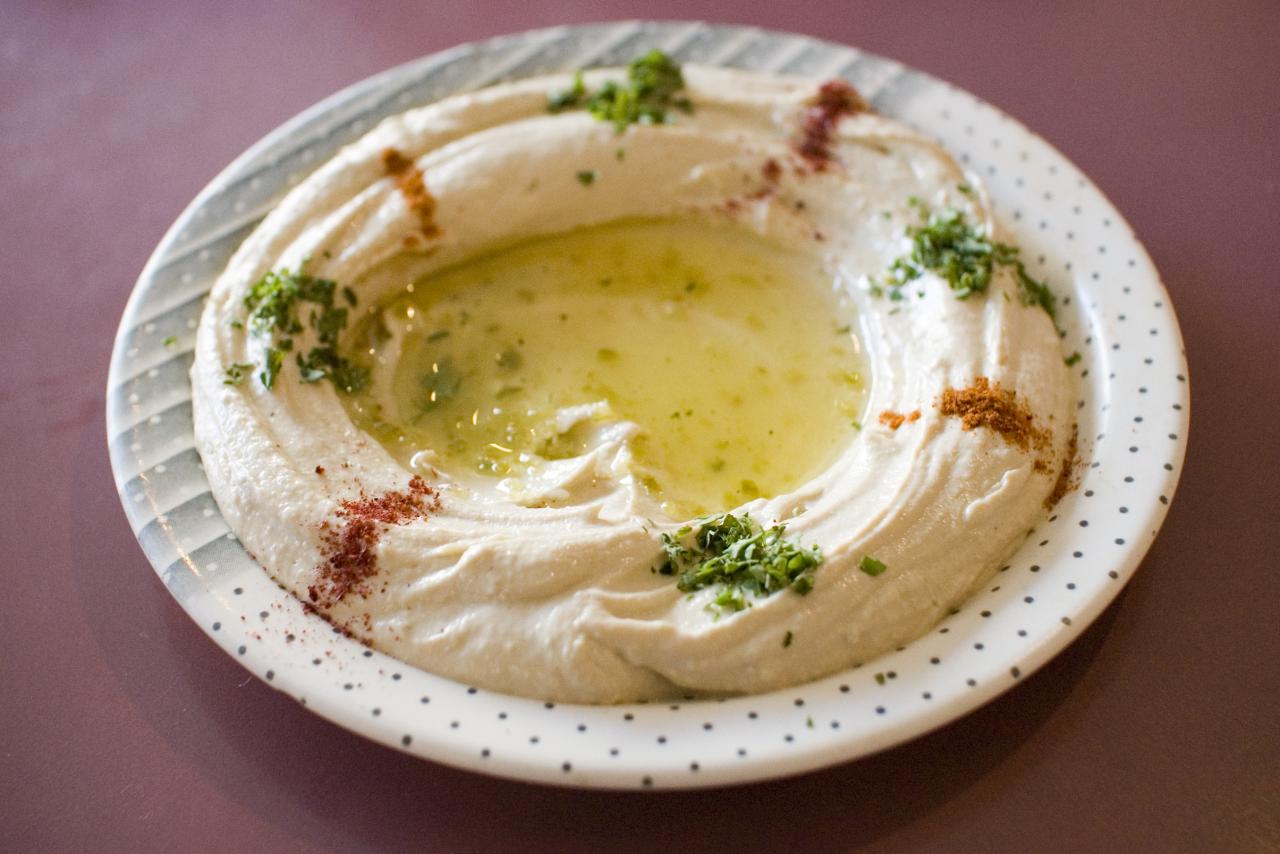 In the restaurant business, one of the basic equations is ‘the lower your overheads, the greater your profit’. This means the tahini gets left out.

Some restaurant cooks even omit the chickpeas. I’ve been served something called ‘hummus’ that was made with mashed potatoes. And a recent one was made with beetroot. I passed on that version.

Tahini is made by crushing sesame seeds to an oily pulp. It has a distinct nutty taste that is one of the characteristics of a genuine hummus.

You can buy tahini paste at health food shops and some supermarkets but I have always found it rather expensive.

Many years ago, when I first became interested in Arab cooking and when tahini wasn’t obtainable in Palma, I had a go at making my own. I found it much tastier than the tahini paste that was later imported from Turkey. 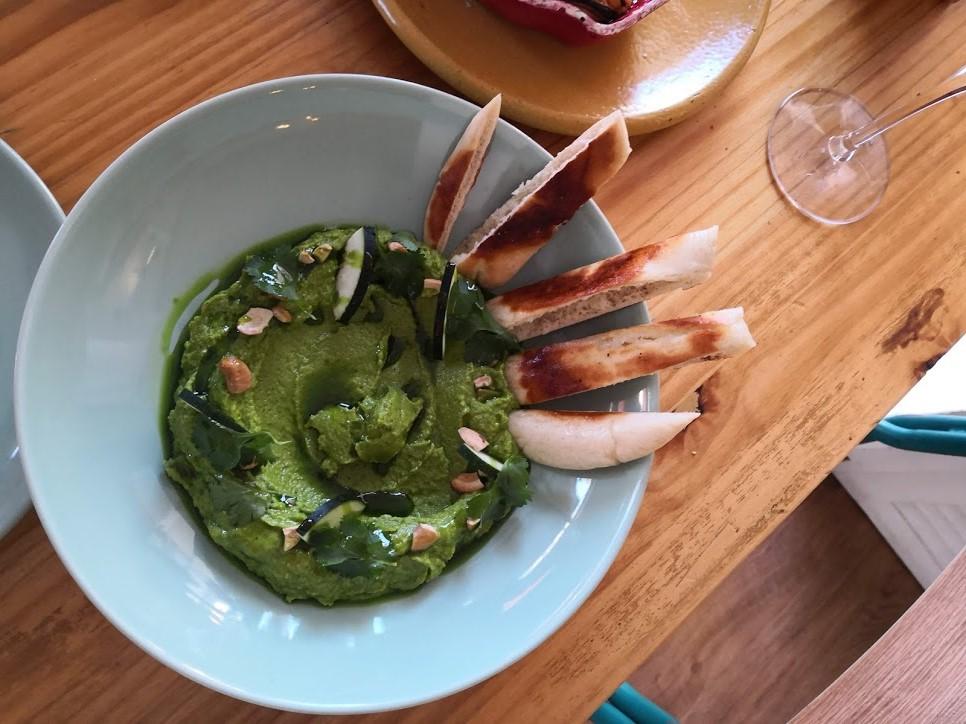 It was remarkably easy to make the tahini and the big difference between my version and the imported tahini was that mine had much more flavour — and it cost a mere fraction of the Turkish tahini.

How to make homemade tahini paste

This is how homemade tahini paste is done. Gently heat 250 grs of sesame seeds in a deepish frying pan until they start to turn golden.

Sesame seeds burn very easily, so they must be done on a very low heat and you must stand over them, stirring non-stop.

Transfer the toasted seeds to bowl and immediately use an electric coffee grinder to pulverise them to a fine meal. Scrape it into a jar and repeat in small batches until all the seeds are ground.

Add sunflower oil to the jar with the sesame meal and stir until it forms a thick paste. This will give you a large jar of tahini but it has a long shelf life.

You can also make tahini without toasting the sesame seeds but it will then be lighter in colour and will lack the extra flavour you get by toasting the seeds.

But I repeat: the seeds must be toasted over a very low heat and they must not brown: the taste would then be too strong and acrid.

The ground sesame seeds sink to the bottom of the jar and form a solid mass, so the tahini must be well stirred every time you use it.

Once you have the tahini, the making of a good hummus is easy-peasy. You will also need cooked chickpeas, garlic, lemons, salt and pepper.

For decorating the surface of the hummus, have ready a teaspoon of paprika (pimentón dulce), a tablespoon of olive oil and a dessertspoon of finely chopped fresh parsley.
If using chickpeas sold in jars, rinse them well, put them into a saucepan, half cover them with cold water, bring to the boil and simmer for two minutes.

Drain the chickpeas and immediately put them through a vegetable mill. It’s easier to do this when they are hot. Some cooks use a blender but the amount of water needed to turn the blades produces a paste that is much too thin. 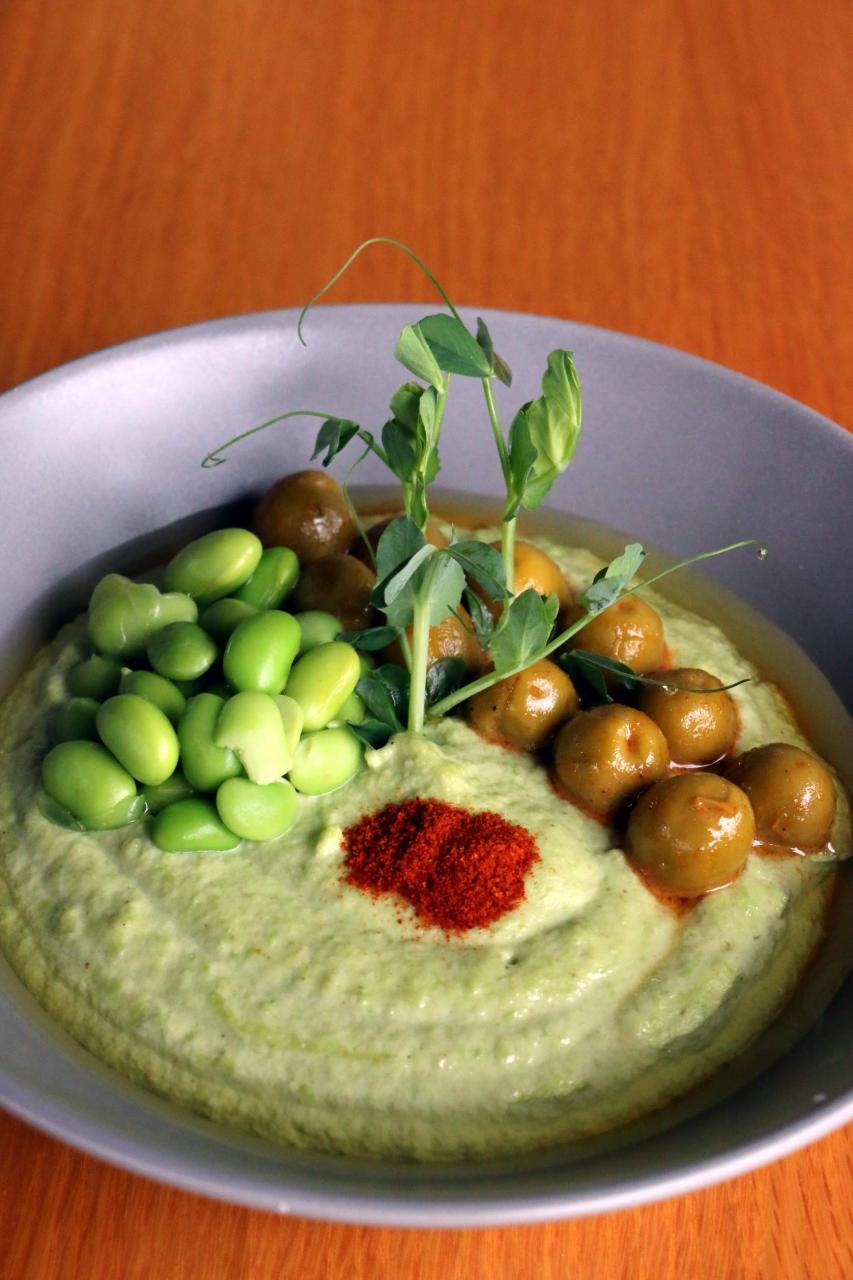 If you don’t have a vegetable mill or a proper food processor, your hummus will have a better consistency if you mash the chickpeas with a heavy fork. Avoid using a blender.
Put a little salt and a plump clove of garlic into a mortar and pound until reduced to a very smooth paste. Stir this into the chickpea paste with tahini, lemon juice and salt to taste. Mix thoroughly. Taste and adjust seasoning to your liking.

Put the hummus into a flattish ceramic dish (shallow Mallorcan earthenware dishes are ideal) and smoothen the surface with the back of a spoon.

Mix the paprika and olive oil in a small glass or cup until well blended. Using a teaspoon, drizzle this mixture in a zigzag pattern over the surface of the hummus. Then sprinkle on the finely chopped parsley.

This is a traditional Arab way of decorating a hummus and the idea is to produce an attractive pattern with the colours of the hummus, the paprika and the parsley.
Hummus is one of those dishes in which each cook’s personal taste plays an important part. That is why every version is so different.

And that is why I haven’t given any weights or other measurements for this recipe: you must keep tasting it as you make it so you can achieve the balance of flavourings that is to your liking. 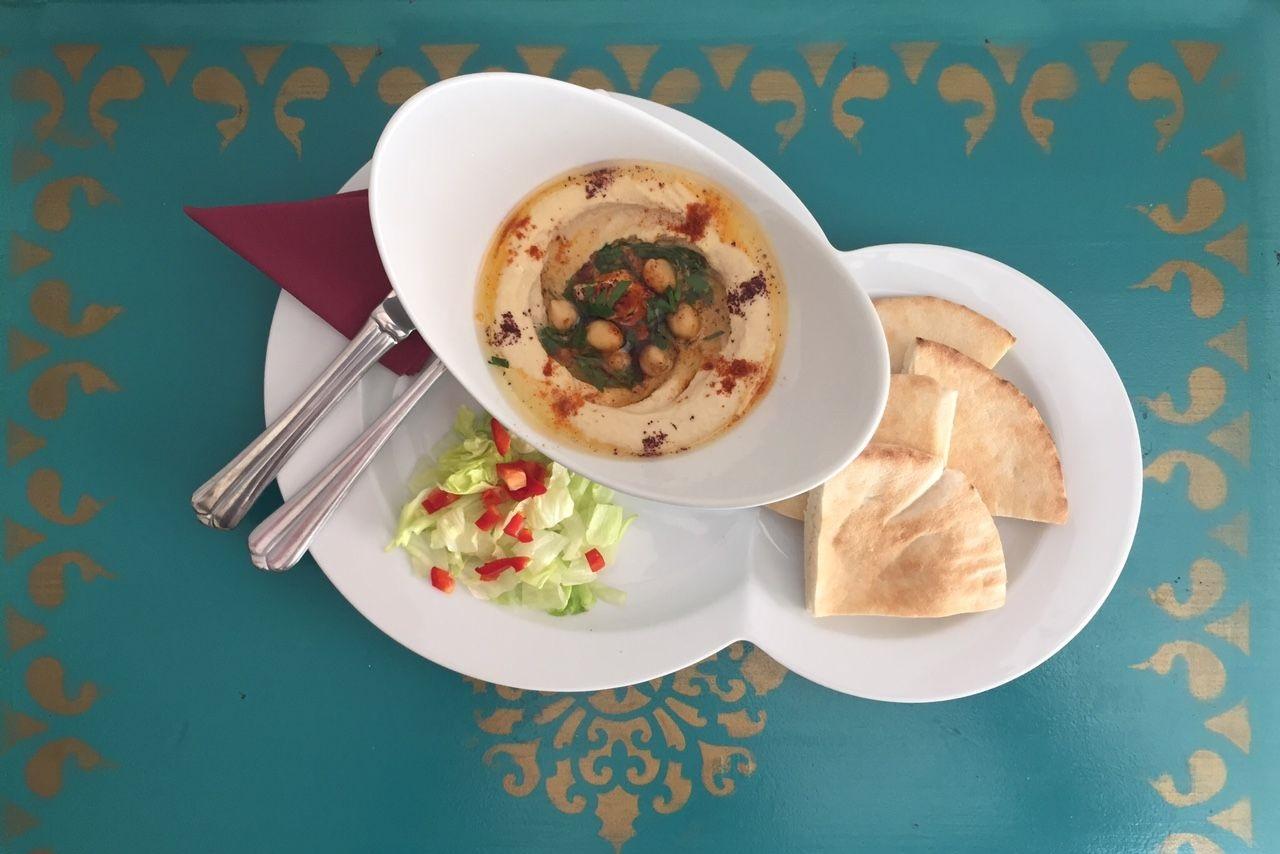 Some people prefer their hummus to have an intense lemony flavour, so that calls for plenty of lemon juice. If you have limes at hand, try them. The final taste will be different.
If you go for a strong taste of garlic, then use two cloves instead of one. But bear in mind that most people want the garlic to be very much in the background.

Those who want their hummus with a strong earthy taste should add more tahini. But extra tahini will also give the hummus a darker colour and you may not want that.
In a really good hummus the flavours should be balanced and none of them should overwhelm the others. That is a good rule for all dishes, not just hummus.

The one taste that should be noticeable above all others is that of the chickpeas. The other ingredients should be at the back, giving the hummus subtle nuances of flavour.

Some cooks like a runny hummus and others prefer it thick and smooth — it all depends on whether you want a dip or a spread. My hummus is always for spreading because the texture is more interesting and the flavours are more concentrated.