The roar of motorbike engines flooded Parc de la Mar at 09:00 on Sunday morning when 2,500 people gathered in Avinguda Adolfo Suárez to take part in the 44th International Vuelta a Mallorca en Moto.

The event was organised by the Half a Mile Club, the World Touring Challenge, the 25th edition of Moto Rock FM and 5th Luis Salom memorial route, who brought four events together to achieve the largest ever number of motorbikes on the island and the 'Motorcycle, sustainable vehicle’ campaign was also launched at the event.

Avinguda Adolfo Suárez was closed to traffic from 06:45-1100, and organisers drew an exit grid so that the bikers were socially distanced, then at 10:30 the groups started to leave in stages. 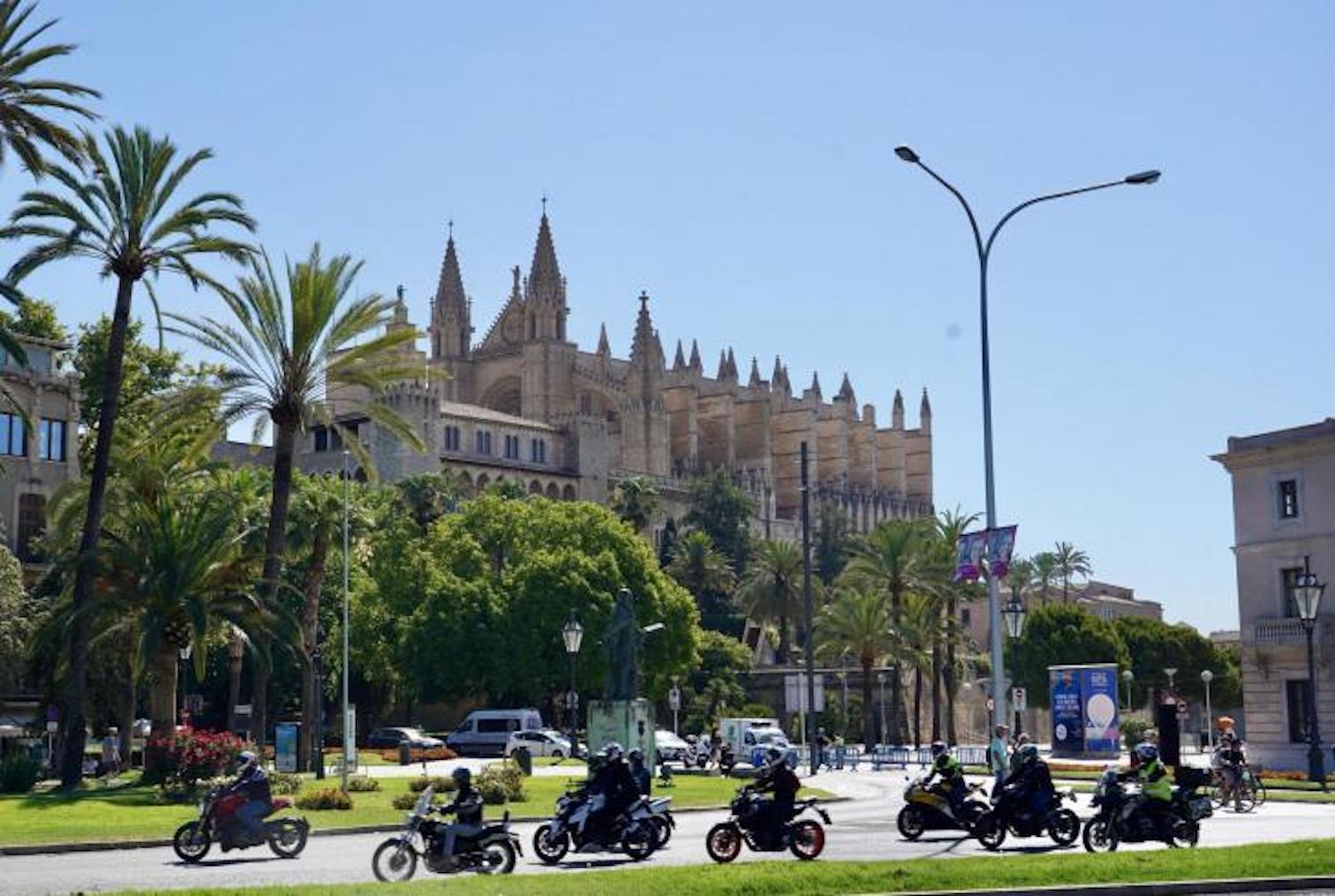 The bikers rode 260 kilometres, passing through Andratx, Valldemossa, Soller and Pollensa, continued along the Raiguer to the Llevant de la Isla, Alcudia, Can Picafort and Capdepera. The return trip took them via Pla de Mallorca, Manacor and Algaida, to Los últimos Mohicanos restaurant for the closing ceremony and the presentation of trophies, diplomas and raffle gifts.

The bikers usually have lunch at the Cabot Pollensa Hotel, but it’s still closed, so the lunch was held at 14:00 at the Rei del Mediterrani Hotel, in Playa de Muro instead.

The Tour is also eligible for the Spanish Motorcycle Cup, so those participants took an alternative route and bikers who wanted to receive a diploma had to take a photograph at the traditional checkpoints to verify that they had completed the entire route.