Give some kids a few broken down wooden chairs, a 50-litre drum or a rusty box and a set of wheels and watch their imagination flow as they invent totally amazing go-carts, which is exactly what they did for the second edition of Carretons of Palma Descent on Friday.

The event was hosted by the Associació de Veïns de Canamunt, and the Association Elèctrica Ateneu Popular and held in the style of Autos Locos.

“The goal is not to win, it’s to reach the finish line,” said Elèctrica Ateneu member, Cristoph Hafner. "We took the reference from Barcelona, from Poble-Sec, where they have really fun races. Ours is not competitive, the goal is to be part of the neighbourhood and for everyone to finish in one piece.

At 18:00 they met in Plaza de Santa Eulàlia and at 19:00 the descent began with the participants navigating the route in their carts.

Straw bales were piled up along the half-a-kilometre route to protect the kids and stop them smashing into rubbish bins and shop windows along the way.

They took Carrer d'en Morei to Carrer de Miramar, then ramped up their speed to reach the finish line. 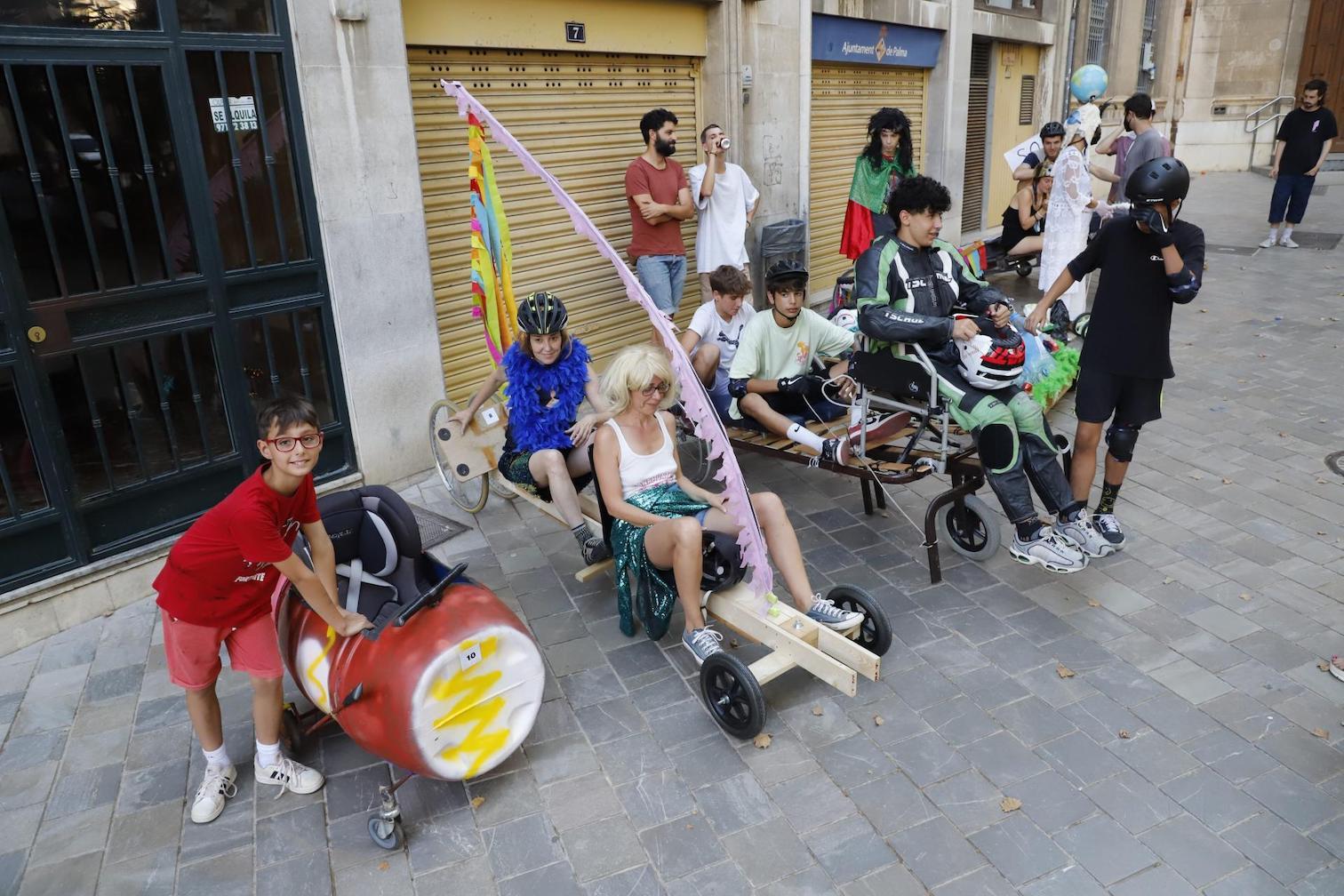 Over the last 3 weeks, 10 teams built their carts, some did it at home and others went to a series of special workshops in Plaza Quadrado. 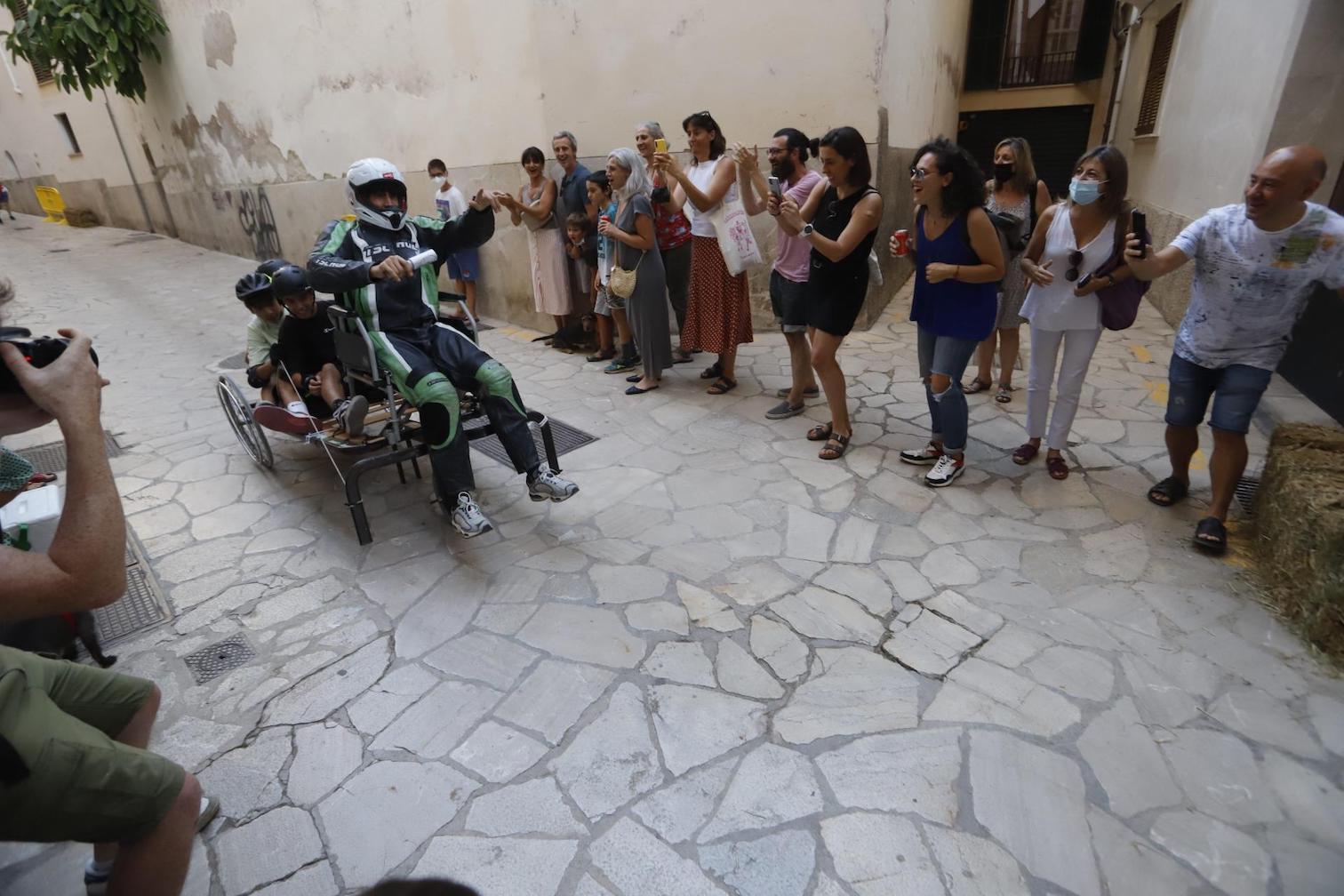 "My parents told me about the event and I really wanted to do it. I'm a little nervous. I built the cart with my father, I painted it and put the tires on it," said 9-year-old Borja Correa, who was the youngest driver in the race. His cart had an old car seat on the drum which was powered by a soap bubble machine.

"I don't plan to go for Ses Voltes," said Carme Verdaguer, who was onboard her Raffaella Carrà cart with Beatriz Cascante.

An ambulance was was standing by just in case but it wasn’t needed. 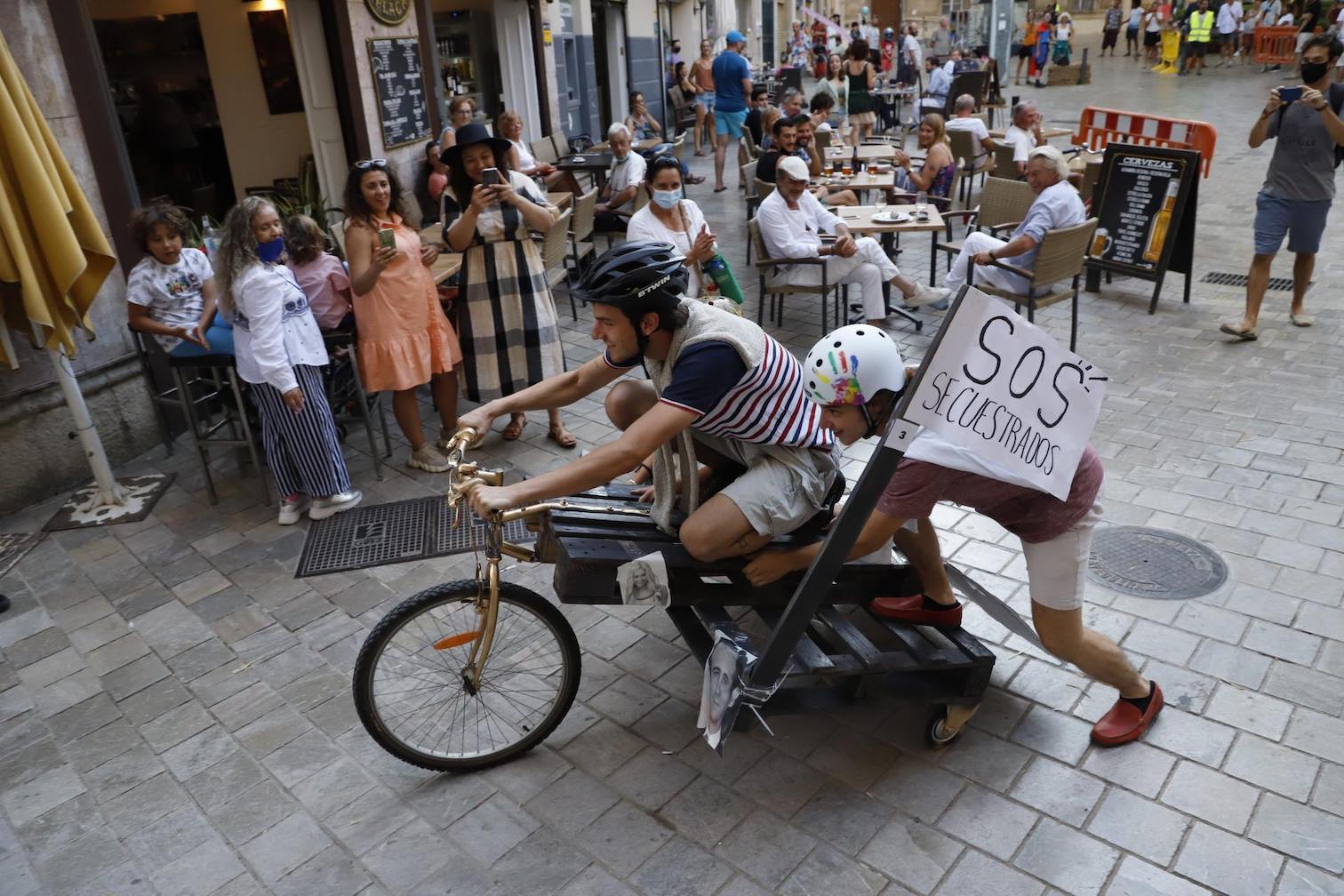