Humans of majorca: Can wear black for weddings

The finest black silk and lace plus diamond and pearl buttons were stunning. | Shirley Roberts

Summer dresses have taken on a black look this year. So many have bought the cotton black look or the lacy black one. It is not a colour we associate with summer but in these days of uncertainty anything goes. A wedding I was recently involved with is one where the bride wore black and the groom a white tuxedo. They were playing their own game with colour and making wedding pictures ready for the glossy magazine they both worked for. This was a few months ago, so circa 2021, a bride in Soller wore black.

Soller has huge stories as part of its history which are well catalogued. Many know about the mass migration from Soller when the orange harvests failed. They know too of the wonderful houses that the returners built when they made their money and came back to the Hidden Valley. From 1850 onwards men left the Soller valley and relocated to France and Belgium.

This was to escape the severe poverty of the Soller valley, this migration was assisted by the Church and local priests. The priests set up connections with communities in France who could offer them work and accommodation. As these boys grew older they wanted to marry and many of them wanted ‘a girl from home’. The priests of France and Soller got busy again and began a matchmaking service along strict lines. Girls who wanted to marry had few options as the Soller Valley was bereft of young men. 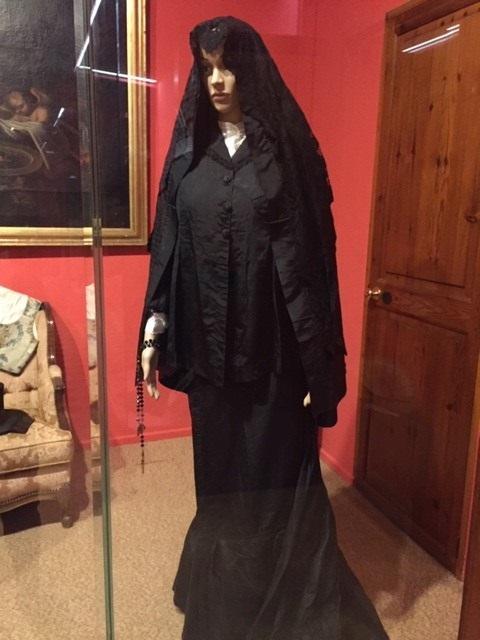 Their families contacted their friendly ‘Mr Fix it Matchmaker’ - Vicar Fiquet – to organise love and marriage. Vicar Fiquet was a local man who was the priest of Soller for many years and he evolved an introduction service that resulted in 1671 weddings. He would arrange a written connection between the families he thought would fit and then invite the men to Soller for five days. On day one the introductions took place with the girl sitting in an upstairs window and the boy walking the street below so that they could take a peep at each other. After that ‘viewing’ the girls family would consult the priest and take it to the next level with a chaperoned meeting arranged for the next day. On day three the wedding took place at 7 am.

The bride wore her Sunday black dress and the boys the best suit they could borrow. The wedding celebrations were cut short because the girls would be required to be back at work in the fields by 8 am. On day four the wedding breakfast for family and friends took place.

Ensaimada and hot chocolate for all and then the couple left to prepare for their journey. On day five they left for their new home in France. The girls had hardly been outside Soller and didn’t know when they would be back again, these partings were excruciatingly sad. The writings of the times talk of the ‘valley of tears’ which accompanied them on their journey.

The black wedding dresses this story talks of are the girls ‘Sunday best’ and easily made beautiful with the addition of flowers, particularly orange blossom, when it was in season.
The black wedding dresses of the aristocracy of the time were an altogether different story and can still be seen in the Possession Museums of Mallorca. The finest black silk and lace plus diamond and pearl buttons were stunning. Black for the peasant girls was a sign that they could use the dress again for other occasions such as going to Church. The lace creations of the rich shouted money, style and extravagance. The only thing the two types of dresses had in common was the colour. 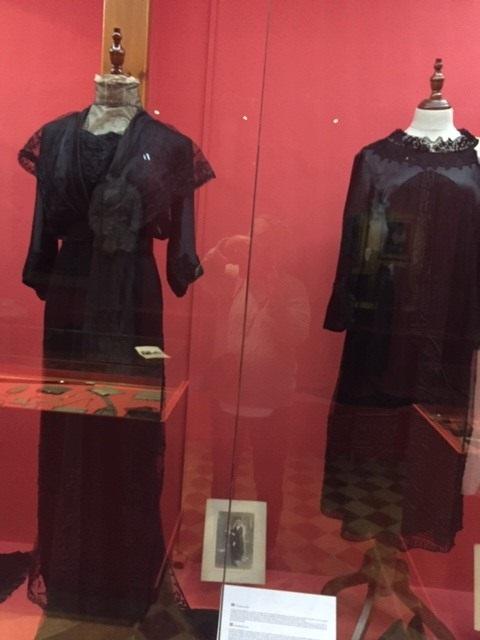 The weddings of Mallorca this year represent the style and choices of those coming out of a pandemic crisis. Some are making new statements in what they wear and what they say in their vows. The world has turned on its axis in the last 18 months and many are using their special occasions to put theirs back on track.

This black trend in summer dresses and wedding dresses is happening for a reason. Black symbolises power, mystery, strength, elegance, formality, and sophistication. It’s a positive, empowering colour, especially for women. It photographs beautifully and is positively edgy. Spanish brides often wear black gowns and lacy mantillas. The black colour is said represent the devotion of brides to their partner until death. All sorts of interesting reasons why the brides, are again, wearing black in Mallorca.