Chocolate is loved by almost everyone on the planet so having an excuse like International Chocolate Day on September 13 is fantastic!

The history of chocolate began in 450 BC in Mesoamerica and experts say chocolate was drunk by the Mesoamericans, Mayans and the Aztecs.

The word chocolate comes from the Aztec word ‘xocoatl’ which means bitter water.

The Aztecs believed that cocoa beans were a gift from the Gods and considered them so valuable that they used them as currency; a turkey apparently cost 100 cocoa beans and a fresh avocado cost 3.

The Spanish explorer, Hernán Cortés is believed to have been the first European to taste chocolate, but it was Christopher Columbus who brought it to Spain after his 4th mission to the Americas in 1502. It took a while to catch on and really only became popular after the Spanish court took a shine to it.

By 1602, chocolate had spread from Spain to Austria and before long it was available throughout Europe, but it was still very expensive and mostly drunk by the upper classes.

In 1828, the Dutch chemist, Coenraad van Houten invented the chocolate press, which squeezed out half of the cocoa butter, making it cheaper to produce and a lot more affordable.

The first mass-produced chocolate bars, Fry’s Chocolate Cream were made in Bristol, England in 1866.

The Ivory Coast, Ghana, Indonesia and Nigeria now produce more than 70% of the cocoa consumed worldwide, but the producers see very little of the 90 billion euros in annual profits.

Germans have a really sweet tooth and eat 11 kg of chocolate per person, per year, which is more than anyone else in Europe and a lot more than the 3.5 kg per person in Spain.

Making chocolate is a tricky business and getting the amount of cocoa, milk and sugar just right is crucial.

"We work with cocoa that ranges from 60 to 70%, our chocolates contain a reduced amount of sugar, and none of them contain palm oil," stresses Marilena Rodríguez, from Forn de Ca Na Teresa. “The cremadillo, the doblegat and the mini croissant are really popular, but our star product is the Ferrero ensaimada, which is made with Nutella and hazelnut kernels and the four-chocolate cake, and the authentic Sacher cake are also exquisite.” 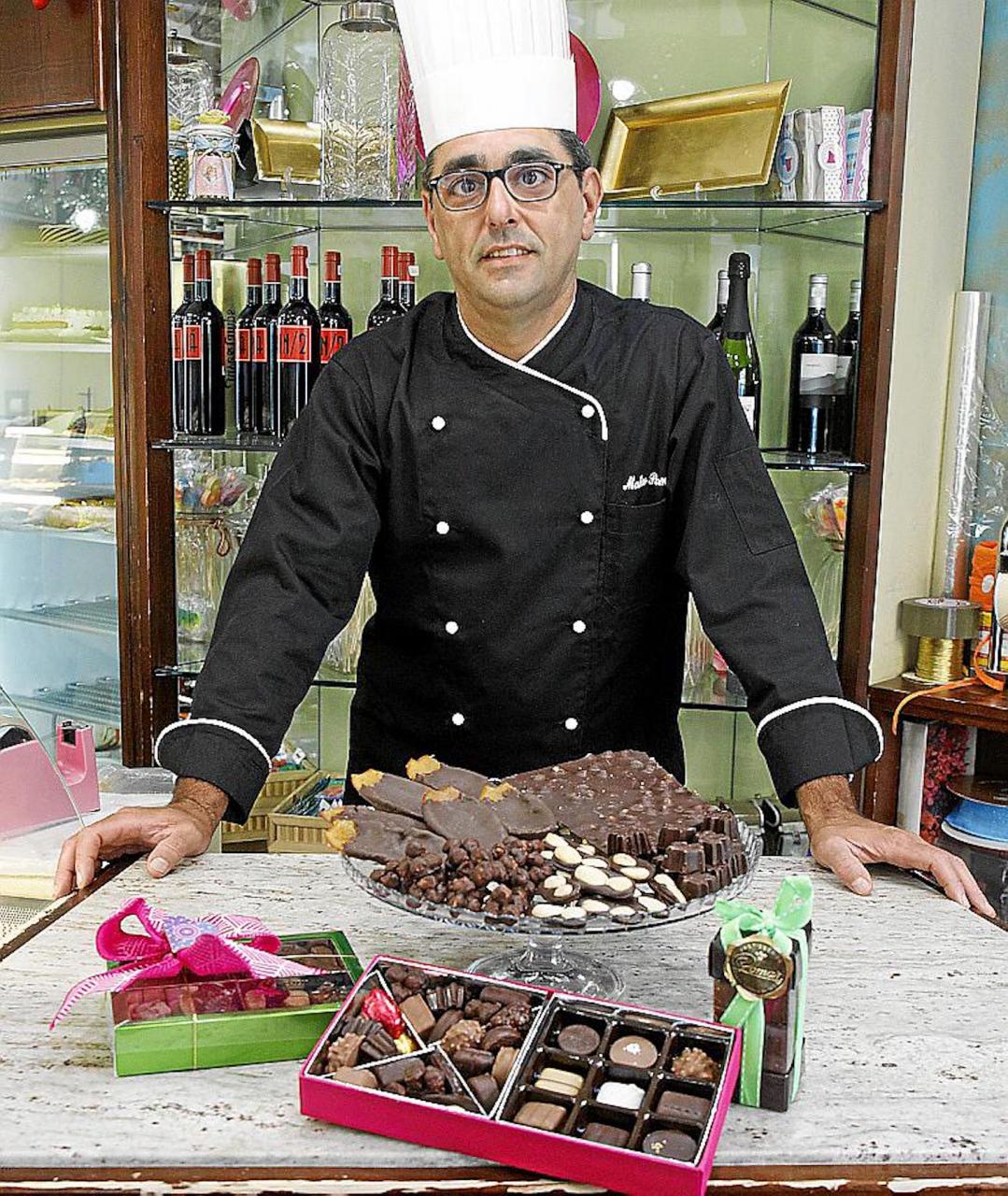 "We work with chocolates that have a maximum of 84%, so the amount of sugar we need is minimal. The caramelised hazelnut chocolate covered in dark chocolate and the candied orange peel in chocolate are our two most popular products,” explains Matías Pomar from Pastisseria Pomar, who also points out that it can be an expensive business. “A kilo of chocolate with 34% cocoa costs 6 euros, whereas a kilo of chocolate with 84% costs 17 euros.

Chocolate also has some health benefits: experts say it’s a source of energy, helps lower blood pressure; improves blood circulation thanks to its high theobromine content and has a positive effect on the central nervous system because it acts as a mild antidepressant.

Some also claim that chocolate prevents premature ageing of the skin because it contains a high concentration of antioxidants.

In the 1990’s the French declared September 13 International Chocolate Day as a tribute to the birth of novelist Roald Dahl.