The Queen has dainty cucumber sandwiches for tea every day of the year.

As I have never owned a TV set I never watch TV programmes and I am very much unaware of what’s happening on the world’s TV screens. I think television is a superb communications medium, especially for news, but I’d rather be reading, writing or conversing instead of sitting in front of the box.

If I had a TV set I would be watching it all day long: there are so many documentary programmes I’d want to see (and, of course, food programmes) I wouldn’t have time for anything else — except a bit of eating and sleeping.

On the few occasions when I go to England, I’m up first thing to watch the breakfast shows, and the late night serious chat programmes are also on my agenda — with the sound turned right down so I don’t disturb my relatives who are sleeping upstairs.
I love watching athletics, tennis, golf and cricket, although 90 minutes of a football game can be a bit of a bore. But I’m a fan of the football round-ups when the day’s goals are shown: a slick goal is a delightful sight.

It follows that the Bulletin’s extensive and detailed coverage of TV programmes are pages I barely glance at. But a couple of weeks ago I noticed Frank Leavers was recommending a series on sandwiches. I would be watching that if I had a TV set.

The sandwich is one of the great English contributions to world cuisine and just about everyone at some time or other eats one. The Queen has dainty cucumber sandwiches for tea every day of the year.

From time to time I read that the supremacy of the sandwich is being challenged by bagels, wraps, pitas, baguettes and similar invaders.

But in the end the sandwich is always on the list of the country’s top takeaway foods and its popularity in homes is permanent.

Just before the 2008 recession started to affect everyone’s pocket, Britons were acquiring a taste for the dearer lunchtime snacks. At places such as Marks & Spencer, shoppers preferred expensive bread and organic of free-range fillings. 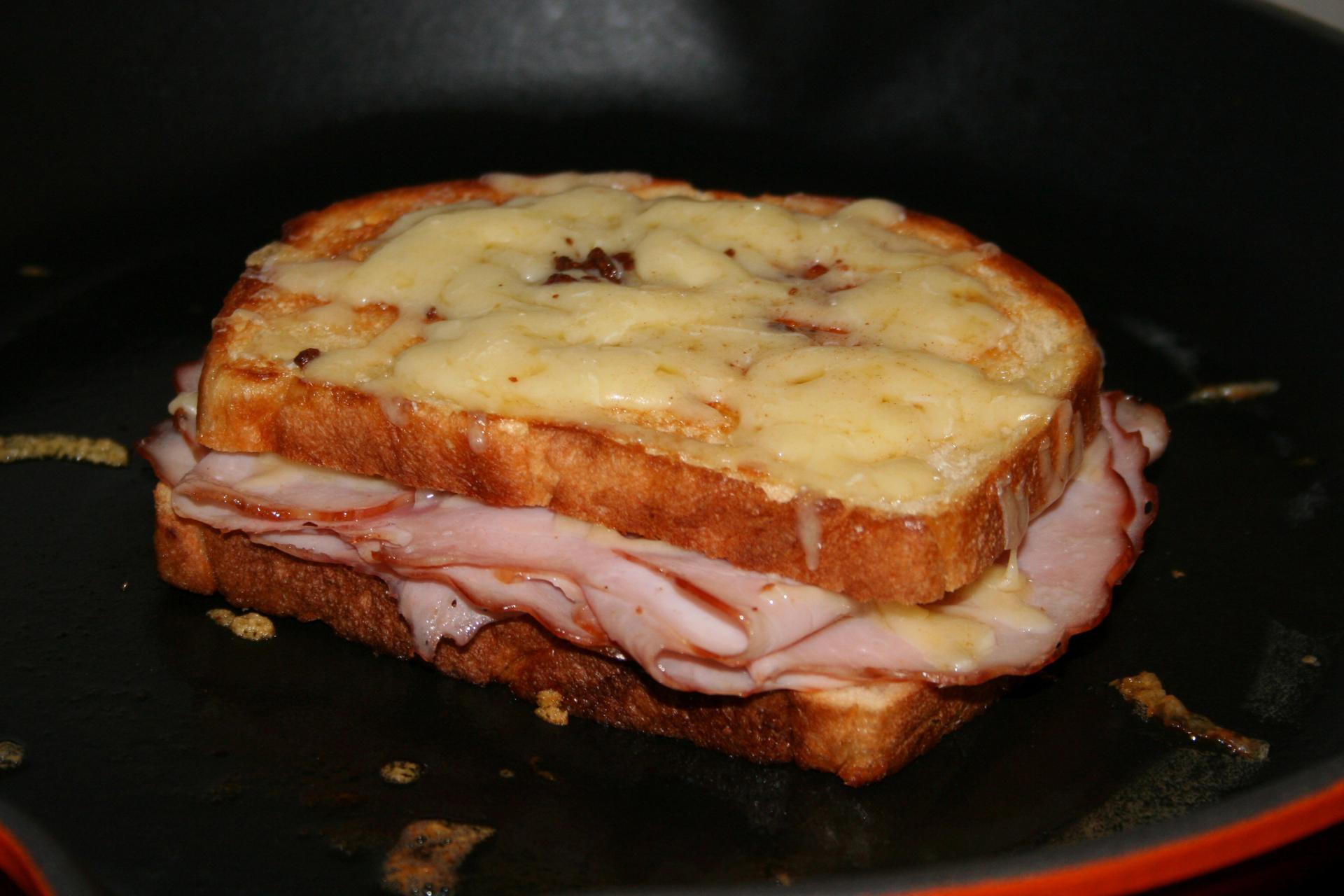 The sales of Marks and Spencer’s up-market premium packs, at that time costing more than £2, had soared by 60 per cent. This compared with an increase of just two per cent in sales of the more economical sandwiches such as cheese and onion or egg and cress.

But two years later a poll of 2,000 people by the food brand Kallo found that a third said they could save between £11 and £20 per week by making lunch at home instead of buying it as a takeaway. At that time Britons were spending more than £4,000 million a year on ready-made sandwiches. Chicken salad was the most popular filling — six of them were being eaten every second of the day.

The second most popular filling was prawn mayonnaise followed by BLT. Egg and cress came next and then ploughman’s lunch.

A poll at that time said British schoolchildren preferred to find ham-filled sandwiches in their lunchboxes. At the bottom of their list was an egg mayonnaise filling.

The Oxford Corpus of English shows that the types of sandwich most often referred to are cheese, ham, chicken, turkey, jelly, and bacon. And in that order. 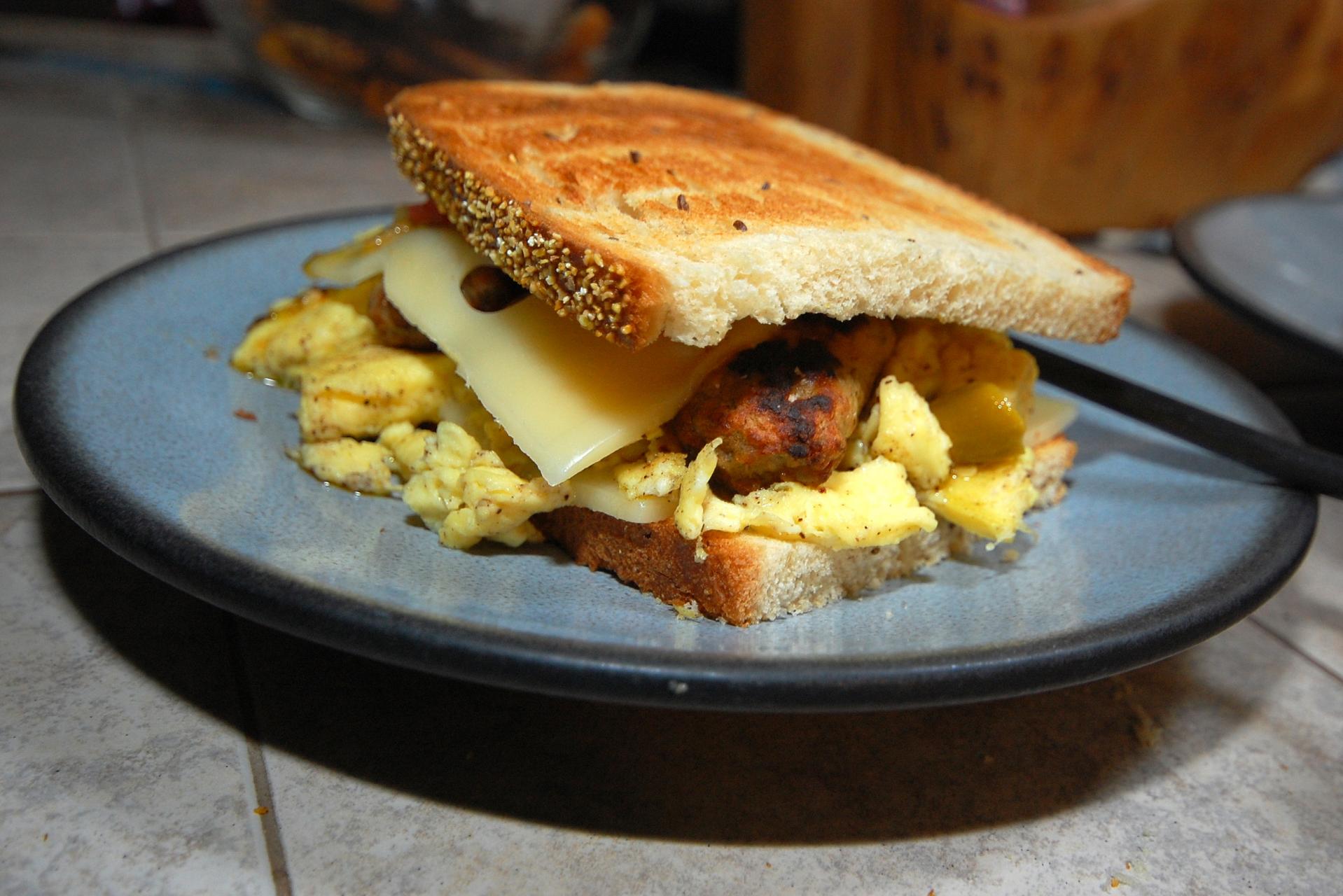 Spaniards differentiate between sandwiches made with sliced bread and those based on rolls. A roll with a filling is a bocadillo and the rolls can be round, square or oval. A bocadillo can also be made with a piece of baguette or barra.

When a Spaniard talks about a sandwich, he means two slices of supermarket bread with a filling. The bread is almost always white and when served in a bar it is usually toasted on a hot plate.

Another Spanish word for a bocadillo is bocata, a term that was coined in Madrid film studios in the days when Spanish-Italian productions were common.

During the shooting of a film the actors, extras and technicians had breaks for a bocadillo and something to drink, on location supplied by a mobile kitchen.

The Italians on the film crew found the word bocadillo was a bit of a mouthful and they soon started to call it a bocata — it was shorter and even sounded Italian.

For years bocata was heard only in Madrid film studios or on location where Spanish films were being shot. 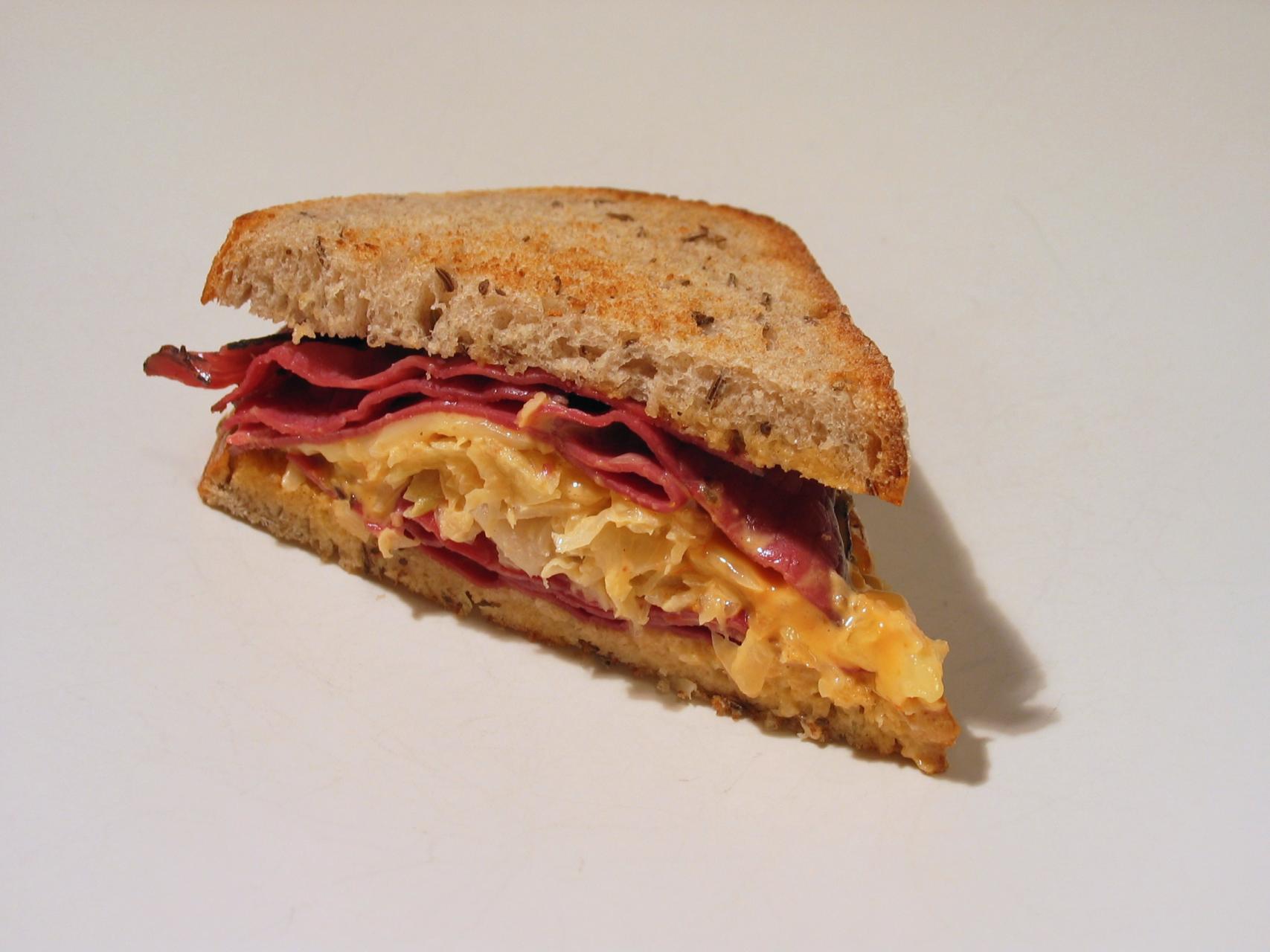 But the word leaked out in places where film people circulated — bar, restaurants, night clubs, discotheques and other nightlife spots — and it eventually became a Madrileño word. From there it spread to the rest of the country.

A bocata is really a synonym for a bocadillo but I find most Spaniards use it as a kind of generic term and just about anything in a roll or between slices of bread can be called a bocata.

Spanish words that end in an ‘a’ are usually feminine but bocata is one of the exceptions — so one talks about ‘un bocata’ .

The British Sandwich Association, which represents the ready-made sandwich industry, defines a sandwich as “any form of bread with a filling generally assembled cold…but not burgers and other products assembled hot and consumed.” This definition takes in filled rolls, baguettes, pita, wraps and bagels.

The sandwich is named after John Montagu, the fourth Earl of Sandwich (1718-92), who was fond of eating cold roast beef between slices of bread or toast. 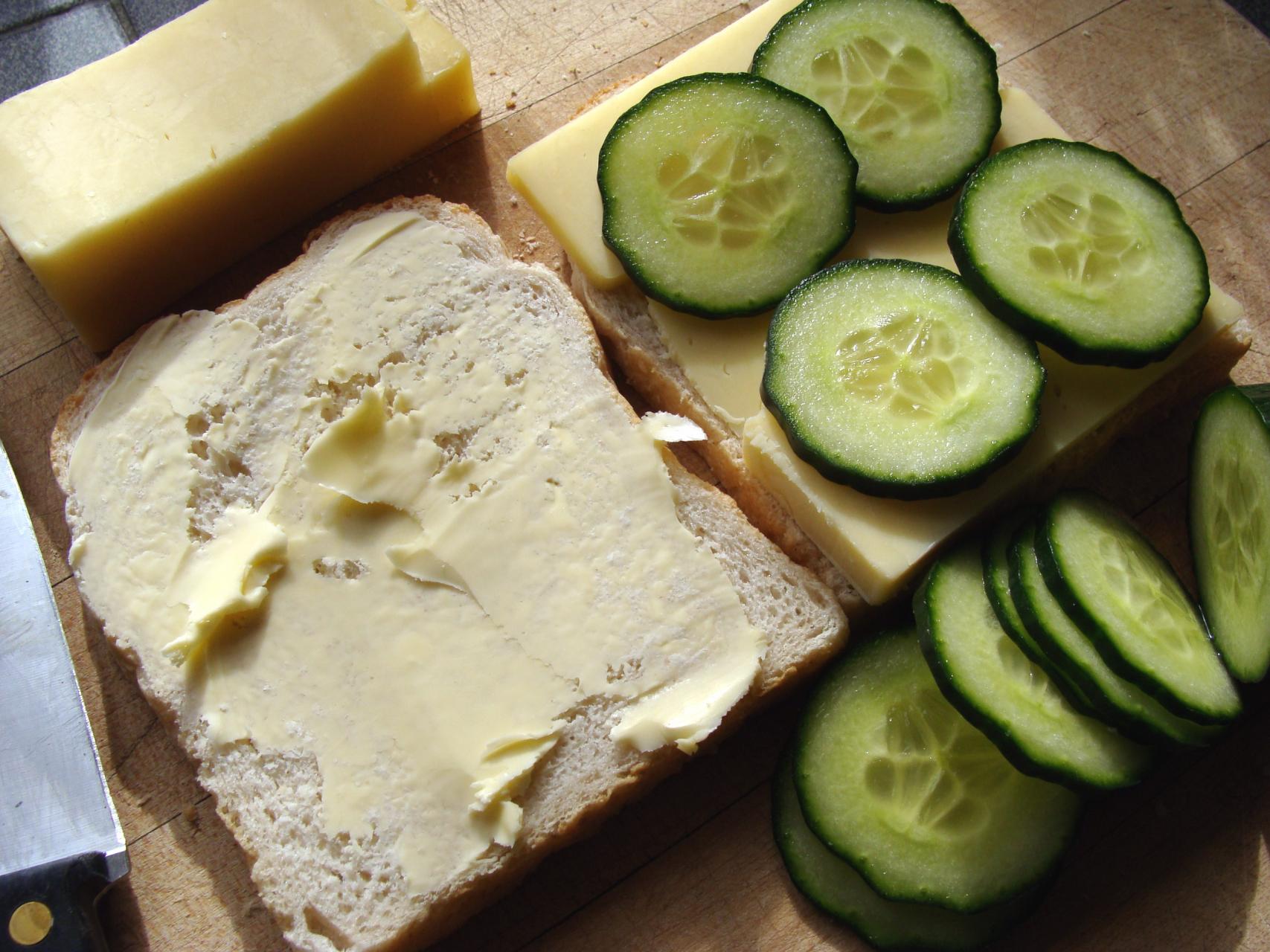 That much is known for sure, but how he came to be eating slices of bread with a roast beef filling is disputed. Some sources say that Montagu was such an avid gambler that he didn’t want to leave the cards table even for a meal.

But one night, when he was feeling really hungry, he asked a gaming club waiter to bring him two slices of bread filled with thinly carved cold roast beef.

Montagu was also First Lord of the Admiralty — and a most conscientious one. He didn’t like to leave work unfinished, so he put in long hours most days of the week.

Some say he ordered the roast beef between slices of bread because he wanted to remain at his desk in the Admiralty to complete reports and other work.

But the gambling club allusion, with the stereotype profligate English nobleman unwilling to interrupt a cards session for something to eat, makes better reading — and that’s the version everyone quotes. 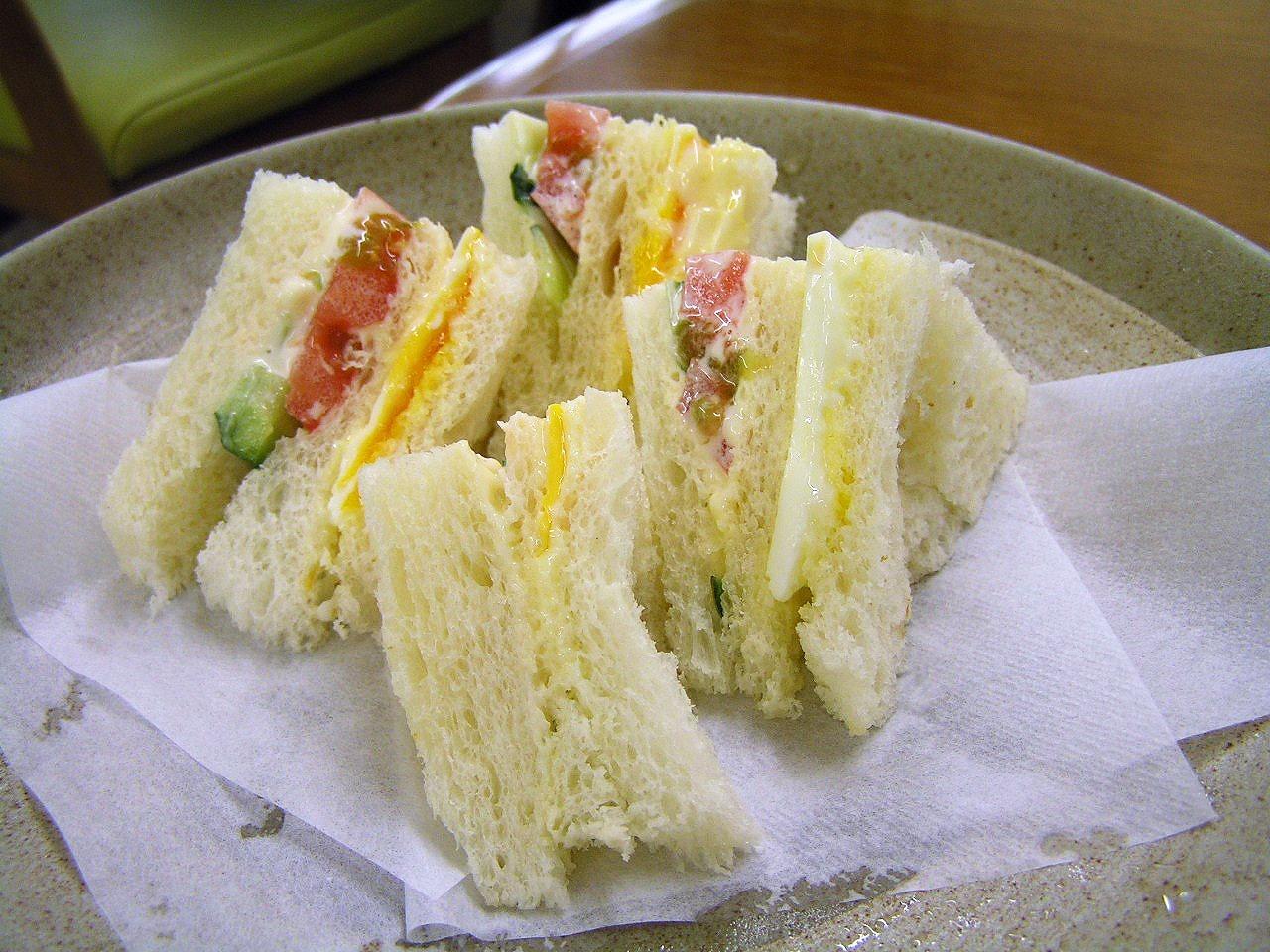 The earliest known use of the word sandwich in print was in 1762 when Edward Gibbon, author of Decline and Fall of the Roman Empire, used it in a text. He wrote it with a capital ‘S’ and that spelling was in general use for many years.

The first Earl of Sandwich, Edward Montagu, played a leading role in the restoration of the monarchy to Charles II.

The King rewarded him with an earldom as well as making him a Knight of the Garter and Master of the King’s Wardrobe.

Edward considered calling himself Earl of Montagu, but eventually decided on Sandwich, a town in Kent. If he hadn’t changed his mind, we’d nowadays be eating montagus instead of sandwiches.

Sandwich has a nicer ring to it. Although if we’d been calling them montagus for the past 260 years then sandwich probably would sound like a most unsuitable name.