A medieval jewel has been discovered during rehabilitation works at Bellver Castle in Palma and architects are ecstatic.

The castle was commissioned by King James II and designed by Architect, Pere Salvà. Construction began in 1300 and it took 70 employees of the crown and a large number of women and royal slaves 9 years to finish the main building.

Bellver Castle has a very chequered history; it was used as a prison for several decades and many prominent Republicans were jailed there during the Spanish Civil War. 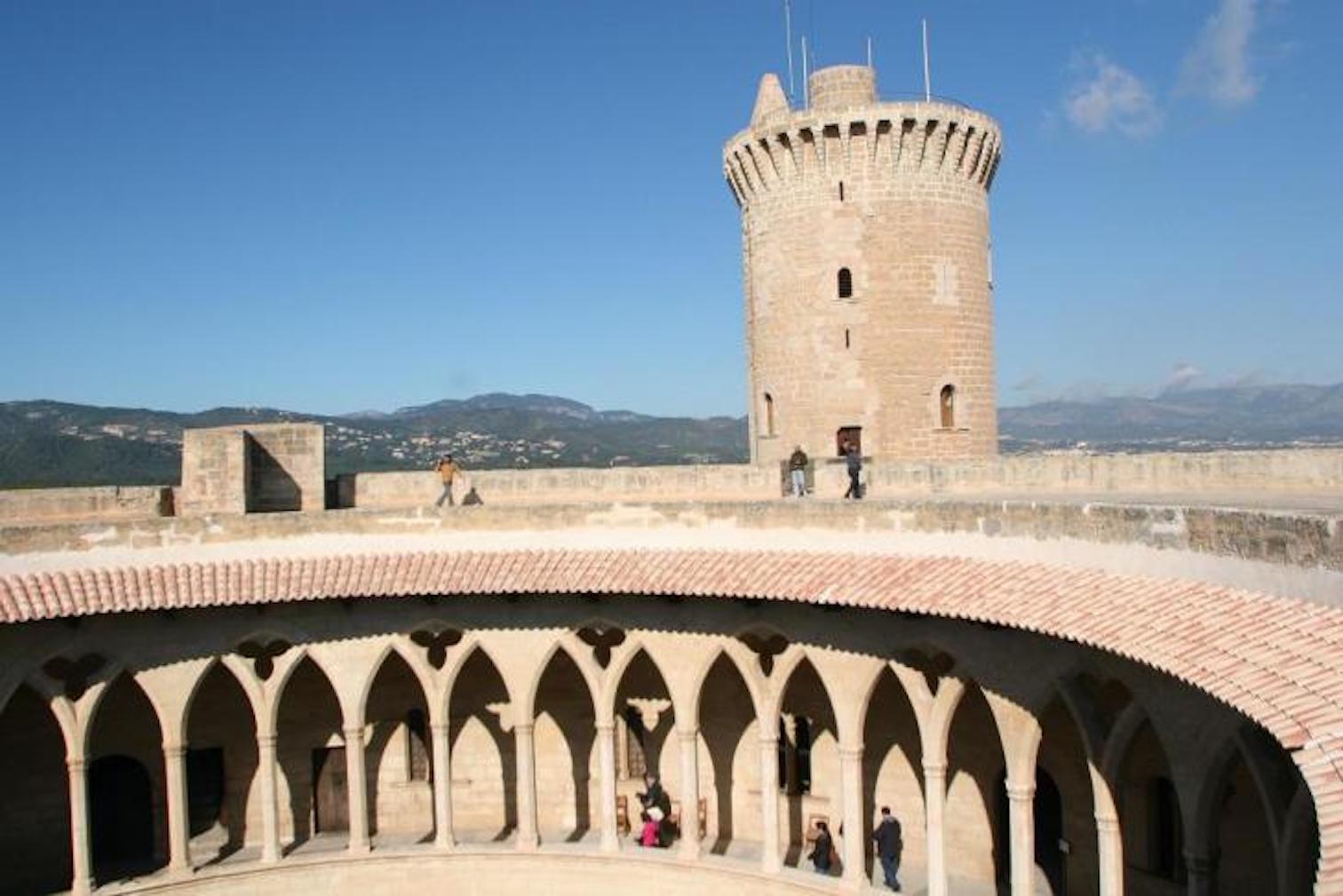 What’s unusual about Bellver Castle is the circular shape of its inner and outer walls, courtyard and towers. It was given to the City of Palma in 1931 and became a museum a year later.

The improvements at one of the Palma’s most popular tourist sites started about a month ago and will last for a year. One million euros has been set as for the project, which is being paid for with money from Capital Funds, thanks to the Consell de Mallorca.

When restoration work is carried out at a historical site, hopes soar that something worthwhile will be discovered and this time they found something really quite extraordinary. 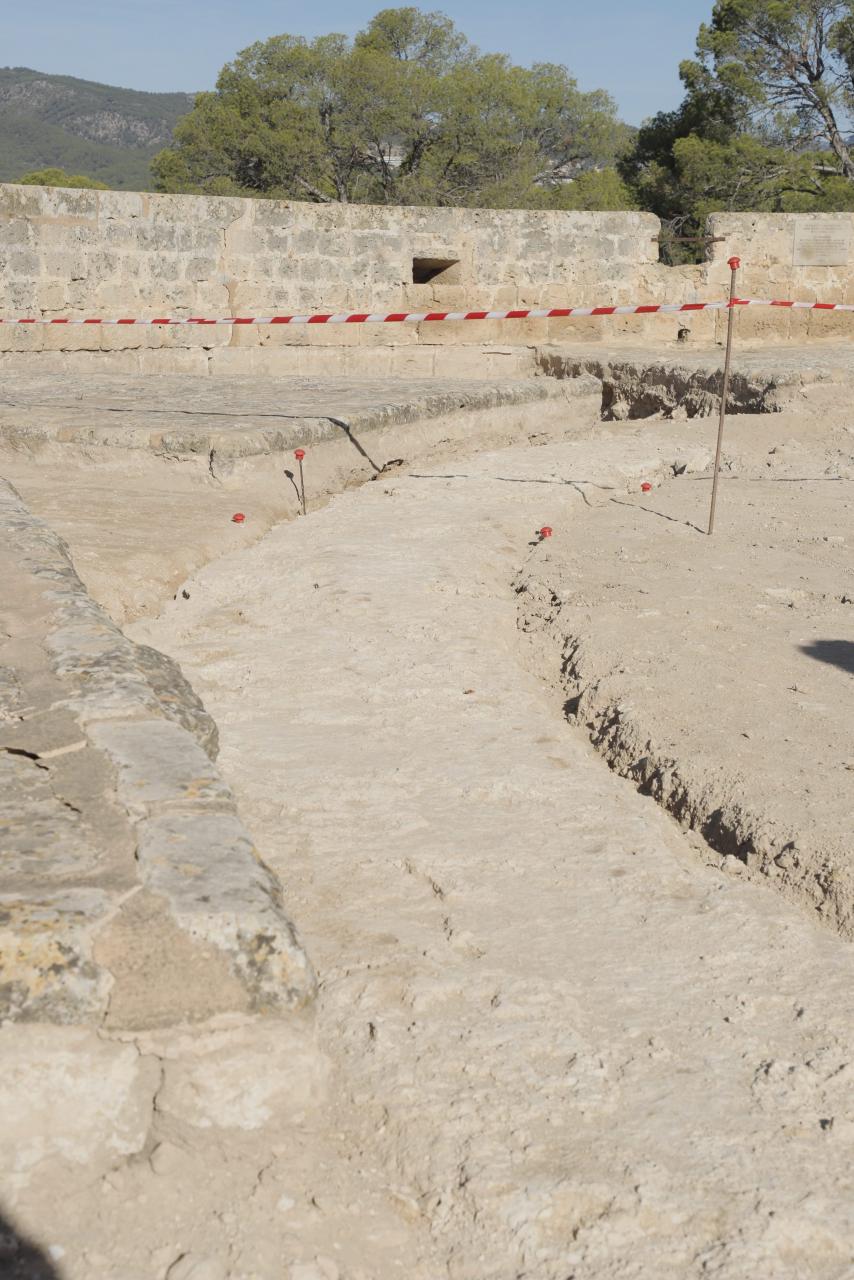 A semi-circular walkway has been unearthed under the pavement at the castle and tests are now being done to determine the age, height and quality of the structure.

“When you do work on a castle, you want things to appear and hopefully we will find more things,” said Architect, Fernando Cobos, from Estudio Arquitectura SL, who’s responsible for the restoration project.

”It is an exceptional building and with this discovery it is clear that it is even more complex than we first thought," adds Bellver Castle Director, Magdalena Rosselló.

“Early indications suggest that the walled enclosure housed stables, which are part of the geometry of the castle," explains Cobos.

He also stressed that the project won't be modified because of the discovery of the medieval wall and admitted it could be some time before the public are allowed to see it. 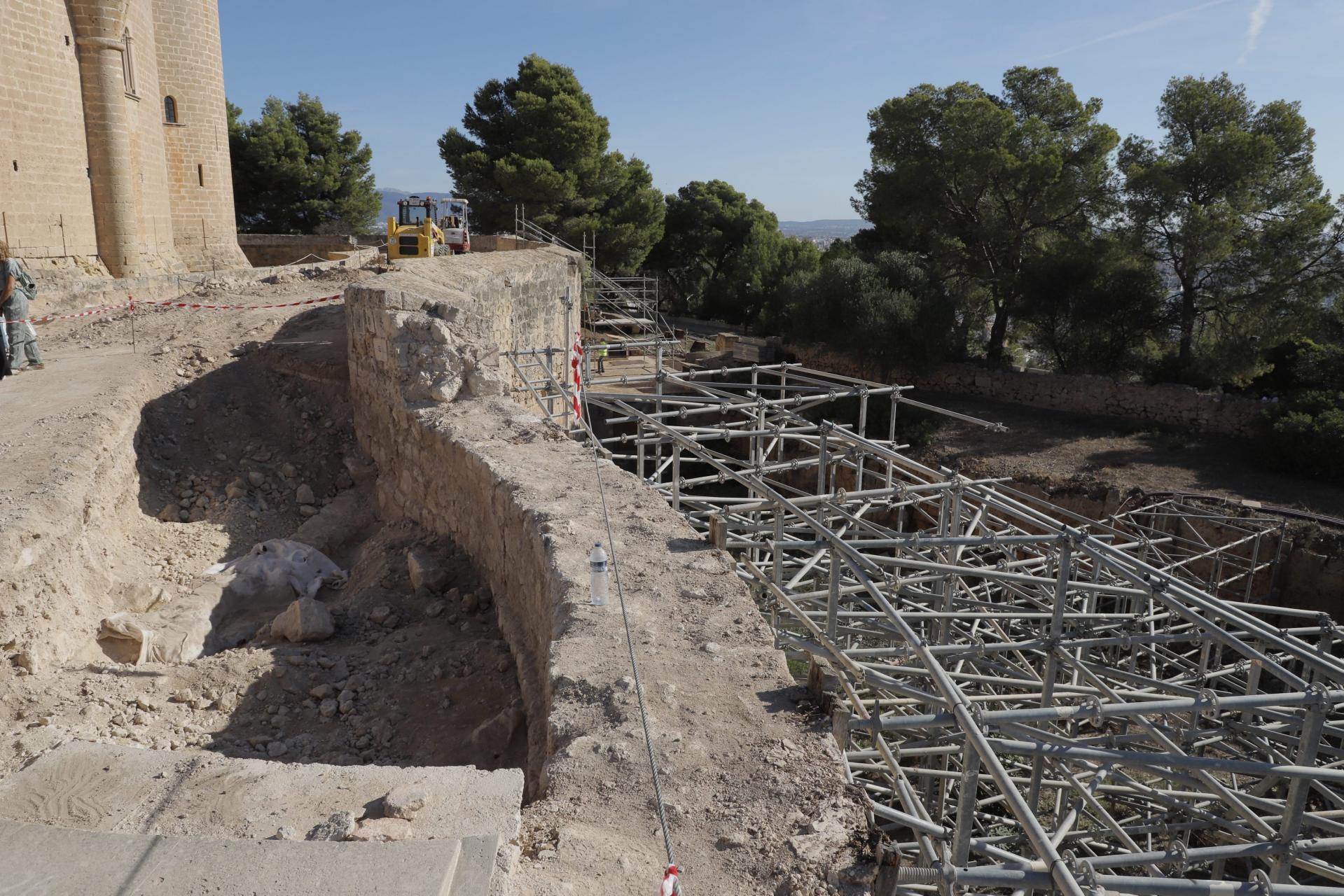 A section of the southern bastion wall has been numbered and propped up and the space is being dismantling while tests are being carried out.

When that work is finished, the area between the medieval wall and the more modern wall will be excavated to see if there are any other hidden secrets. 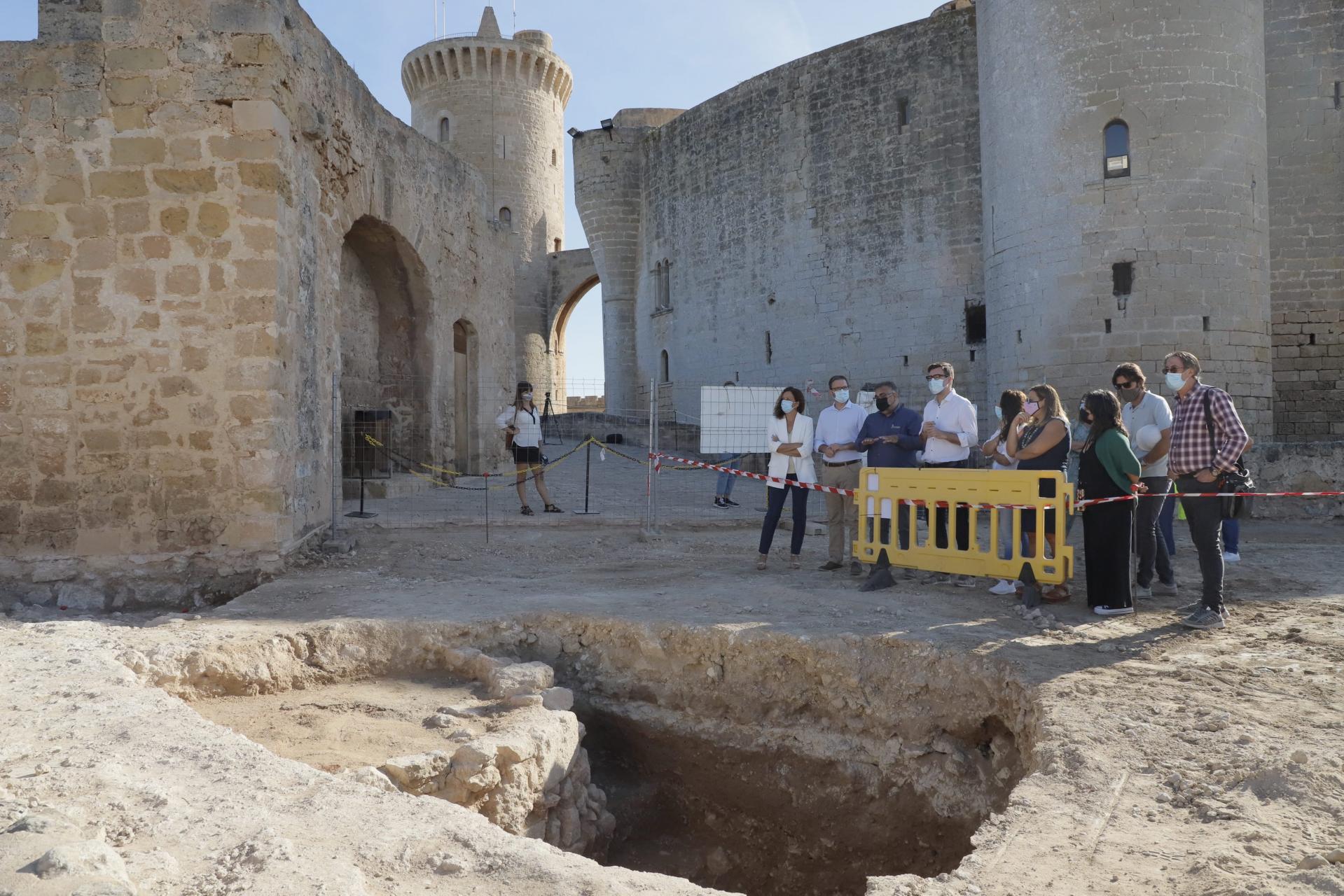 The rehabilitation project was sparked by a drainage problem on the perimeter of the castle. Some 40 years ago, stone slabs were laid on the Paseo de Ronda to filter rainwater to the subsoil, but according to technical studies, it didn't allow for evaporation, so the water accumulated and created pockets of air underground, which could eventually cause the wall to tip over. 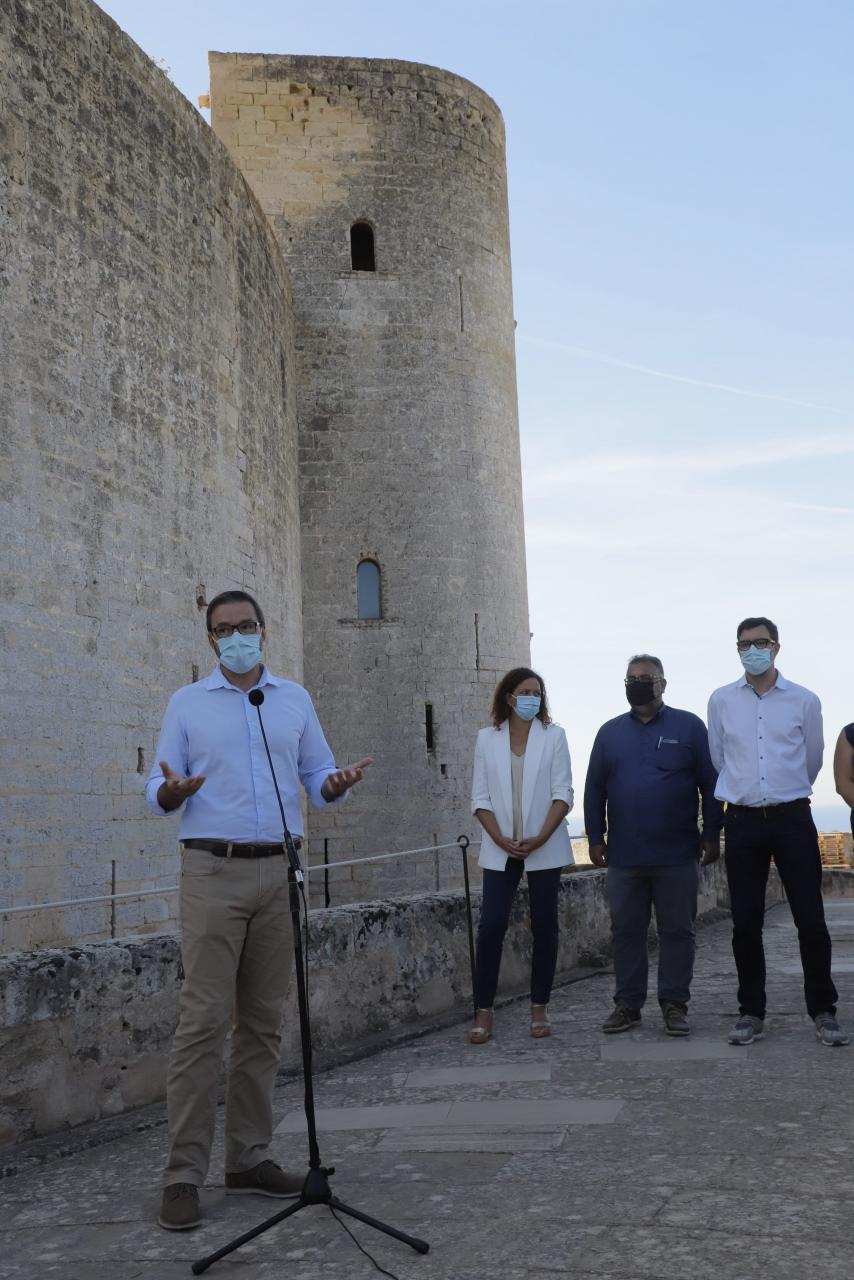 “This action will stop the degradation of the castle, which was beginning to be worrying and new lighting is being installed at the castle and in Bellver forest,” explained Palma Mayor, José Hila.

“It’s many years since construction works have been carried out and the second walled enclosure is in very bad condition,” added added Culture & Social Welfare Minister, Antoni Noguera.

The last resoration work to be done at Bellver Castle was in 1999-2001 when the Torre del Homenaje was repaired. 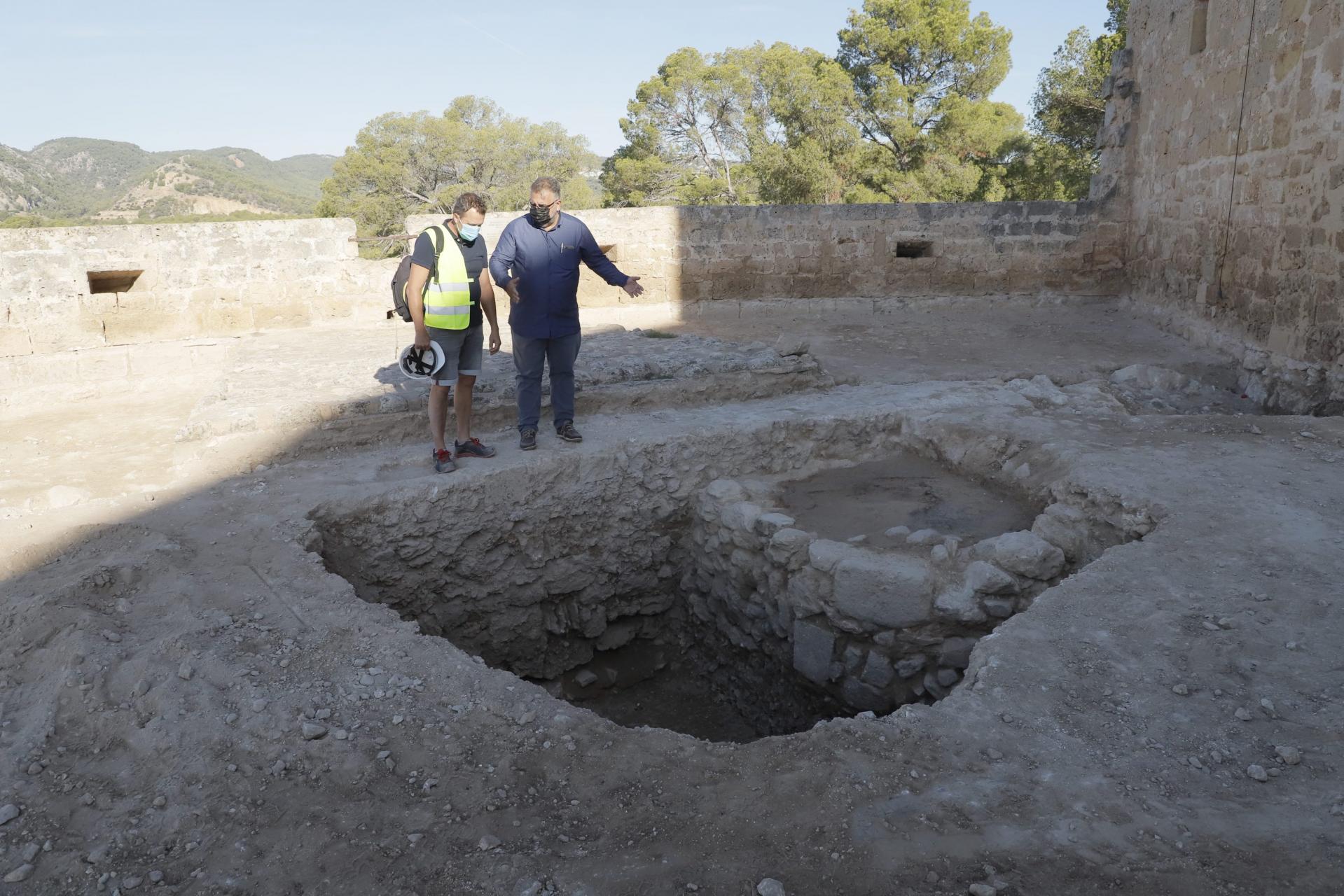 Bellver Castle will remain open while the rehabilitation work is being done: from Tuesday to Saturday between 10:00 and 19:00 and from 10:00-15:00 on Sundays.

Tickets cost 4€ and there are several discounts available, for pensioners, students aged 14-18 and Palma residents amongst others.