The coast dweller and the throat

The flowering Glassworts can provide some lovely scenes at La Gola

Autumn is almost upon us, and the migration is well under way. The summer breeders have now gone, but their departure marks the arrival of the autumn migrants. Soon, the island will be full of Song Thrushes, Robins, Chiffchaffs and Black Redstarts, and some waders are already making an appearance. La Gola has already recorded autumn Robins and one great little wader - the Common Sandpiper. My good friend and reserve manager Cristina regularly posts out the species seen each week on Twitter, and their autumn list is already growing.

La Gola means ‘throat’, and located in Puerto Pollensa in the north of the island, it attracts visitors and birdwatchers alike, not just for the birds in the tidal-fed inlet, but also throughout the year for its mixture of plants, including orchid species such as Tongue and Bee and a new one for me several years back - Mirror Orchid.

It also attracts a good variety of butterflies and dragonflies, with Red-veined Darters being a notable species here. My first experience of La Gola was viewing the pool from the pavement on the road side opposite the harbour, leaning against the railings and watching the fish below, then looking across and noticing a Little Egret next to a Purple Heron - both seeking out fish. 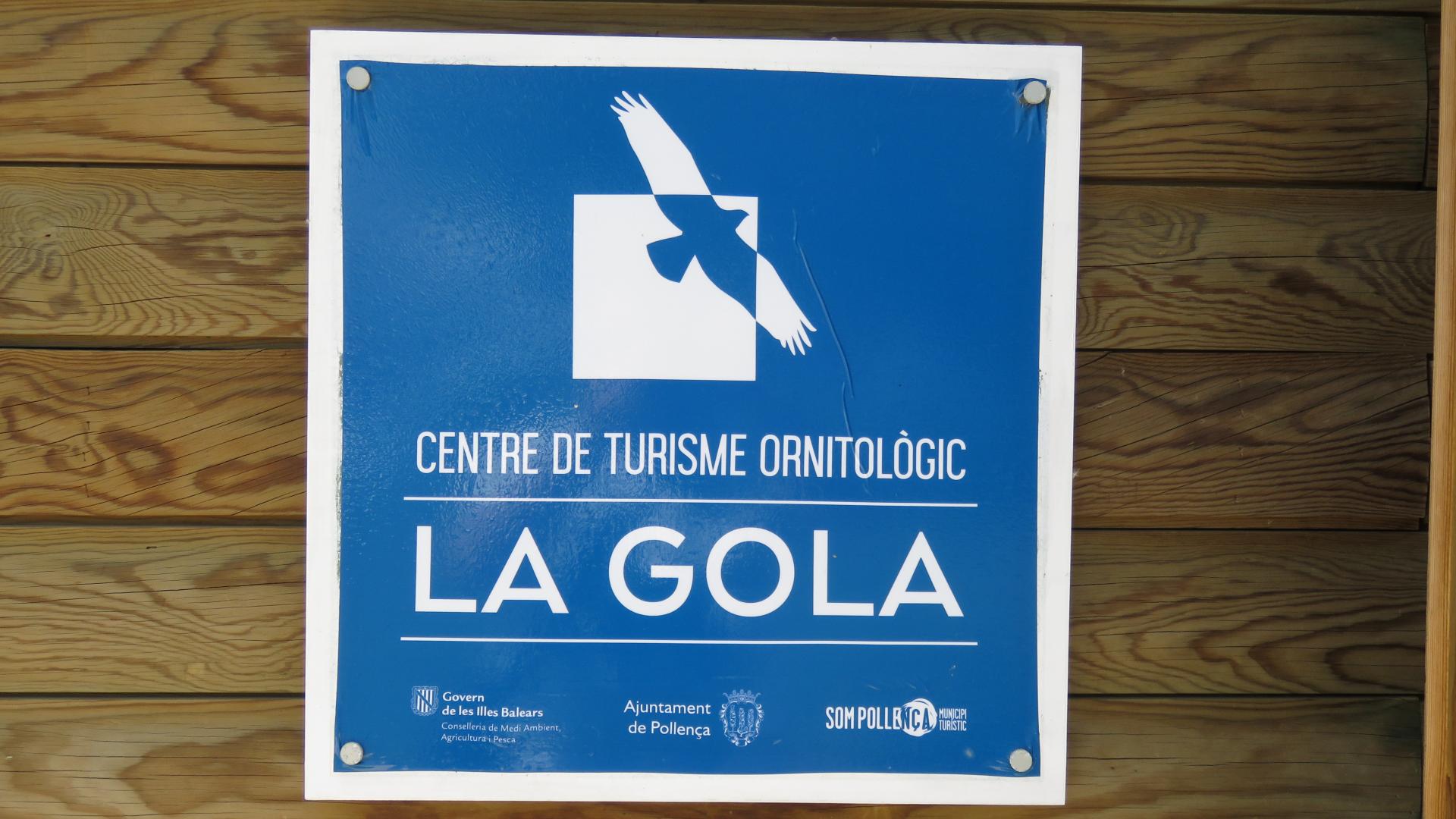 Beyond them on one of the strategically placed posts at the top end was an awesome sight - an Osprey, sat upright and preening. I noticed a walkway around the edge and took a walk around through a side street to have a good look around this gem of a site - and I have never looked back since. In fact, this site is so productive it has featured in my latest book, Birdwatching in Majorca.

What I also like about La Gola is that it is well managed not just for the flora and fauna, but for the visitors as well, and for some time now, boasts a great visitor centre. I also like the Glassworts that grow here, providing cover for Mallorcan Midwife Toads and Marsh Frogs - which in turn attract the Grey Herons, but this plant at the right time of the year adds a reddish scene when in flower, and can look very pretty indeed.

These succulent, halophytic plants (plants that thrive in saline environments), came into use during the 16th century where the ashes were used to make soda-based glass (and possibly hence their name). The ashes of this plant (and the Mediterranean counterpart Saltwort), produce soda ash, an important ingredient for both glass and soap making.

Tidal marshes throughout the Mediterranean region saw the medieval and post-medieval centuries alive with plant collecting. These species were burned with the resulting ashes mixed with water. The sodium carbonate becomes soluble in water, with the non-soluble components of the ashes sinking to the bottom of the water containers.

This was then dissolved then transferred to another container where the water was evaporated off, leaving behind the valuable sodium carbonate. By the 18th century, Spain had become an enormous industry in this practice, producing masses of soda ash from the saltwort’s - and the soda ash became known as ‘barilla’. 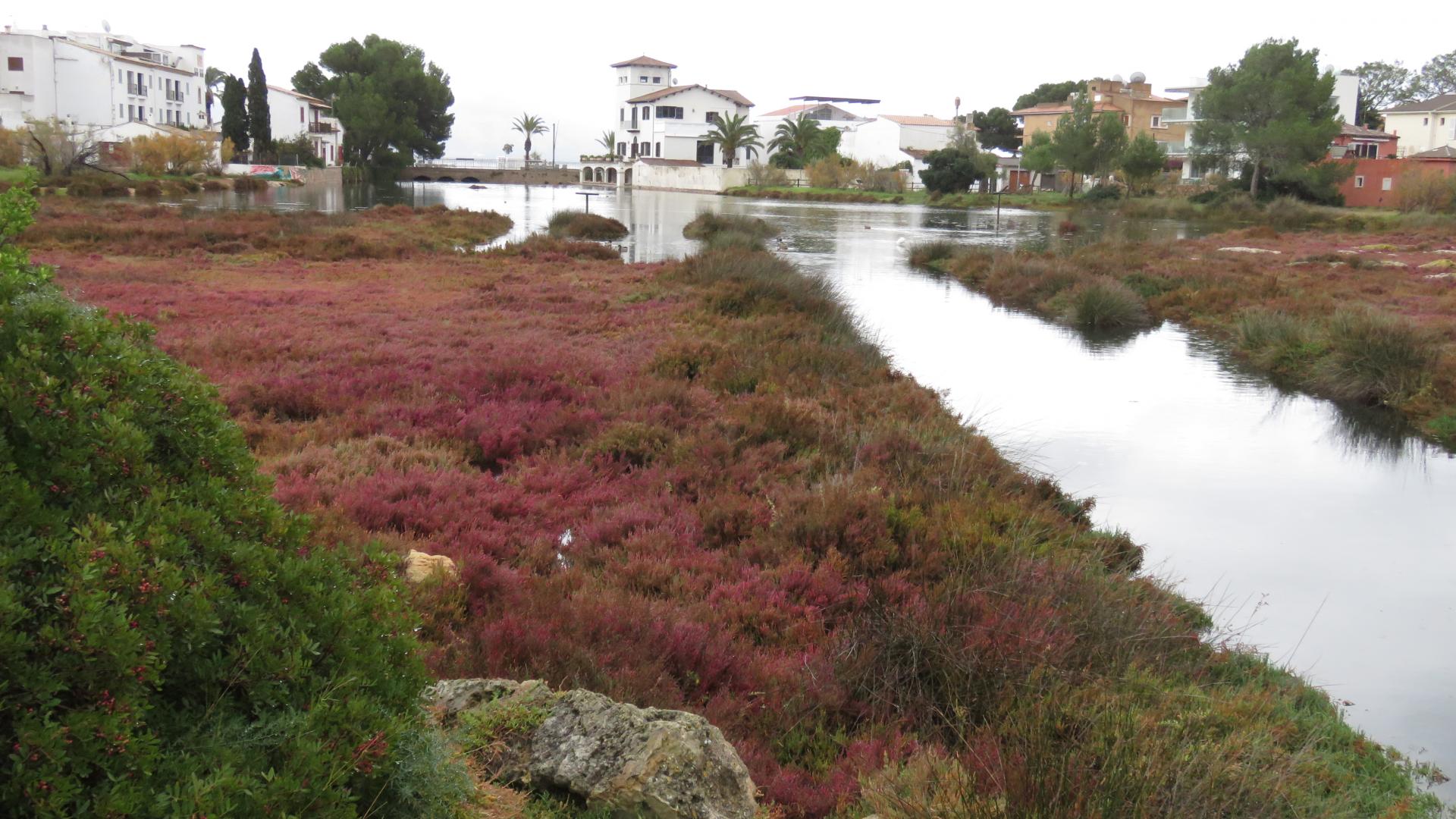 Throughout the day, with the different strengths of the sunlight, the flowering Glassworts can provide some lovely scenes at La Gola, and coupled with some great birds, makes for an enjoyable and memorable visit each time. The Common Sandpiper (Actitis hypoleucos), sees ‘Actitis’ being the Greek name for coast dweller, while hypo means ‘under’ and leucos meaning ‘white’.

Its tail is constantly in motion, endlessly rocking up and down, and when they fly, they have quick, jerky wingbeats. When in danger, young birds have been known to cling to their parent’s body, with both flying away together to safety.

La Gola has recently recorded this autumn species, and can be one of the best sites for them in the north, with Tucan Marsh and the Albufera being others. When flushed, they give off a penetrating ‘hee, dee, dee’ call.

They are a medium sized wader with a length of 19-21cm, a wingspan of 50-55cm and a weight of 55-75g. Any waterworks sites are worth checking for this species, especially the one at S’Illot near Alcudia, as the gently sloping concrete edges that meet the lagoons hold a variety of insects and other invertebrates. Sometimes the Green Sandpiper can be seen mixed in also. 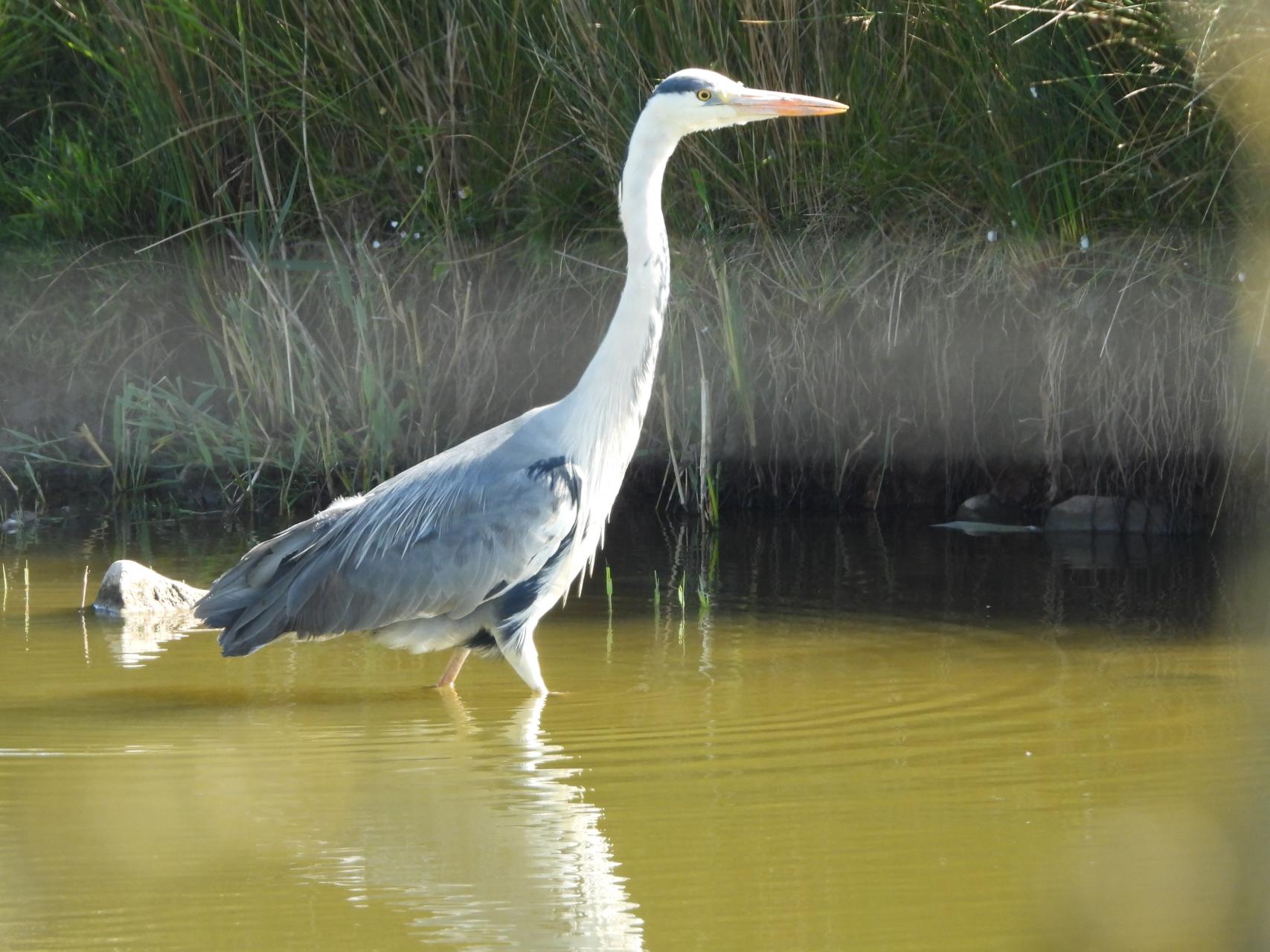 Adults’ upperparts are a plain grey-buff and they have darker feather centres and pale margins which give a fine patterned appearance close up. The underside is pure white with a small white patch extending up in front of the shoulders. Juveniles appear very similar to the adult but have a scalier appearance. The legs always appear a grey-green, and the bill is dark brown with a dull yellowish base.

In contrast, the back of the Green Sandpiper appears much darker, and in flight they appear very black and white with a dark underwing, and is a good way to separate the two species. The Common Sandpiper adopts a strongly bowed wing shape in flight on stiffly held wings. When perching, they bob their rear end constantly. Overall, they are a short-legged wader with an elongated body, accentuated by a crouching posture. It walks and runs in search of food, and can stab at insects with its bill.

For me, I always look out for this species as they can tend to be several strong, and this brings in other waders to feed alongside them where there is safety in numbers - along with the Green Sandpiper you may also see a solitary Dunlin which is migrating. I enjoy watching the feeding antics, and as they fly across the open water, they fly so low that their wings almost appear to touch the surface of the water. Check out any areas of open saline water, and pop along to La Gola after a cup of coffee in the town for close views of this and other species - including the Kingfisher which loves to spend the winter at the pool here