The eagle has (not quite) landed

This is the one thing about nature, it can be beautiful but sometimes deadly

The Bonelli’s Eagle (Hieraetus fasciatus) is a large, powerful raptor, resident on Mallorca but easily mistaken for birds such as the Honey Buzzard (a migratory species here) and occasionally Booted Eagles (a resident bird here). Therefore they can be easily overlooked.

My first ever encounter with this species was parked up on a grass bank at Es Trenc near the salt pans, where I had just been admiring Hottontot Fig in flower and the waders on the lagoons nearby. A distant bird caught my eye and as it got closer, I could see it was a large bird of prey. 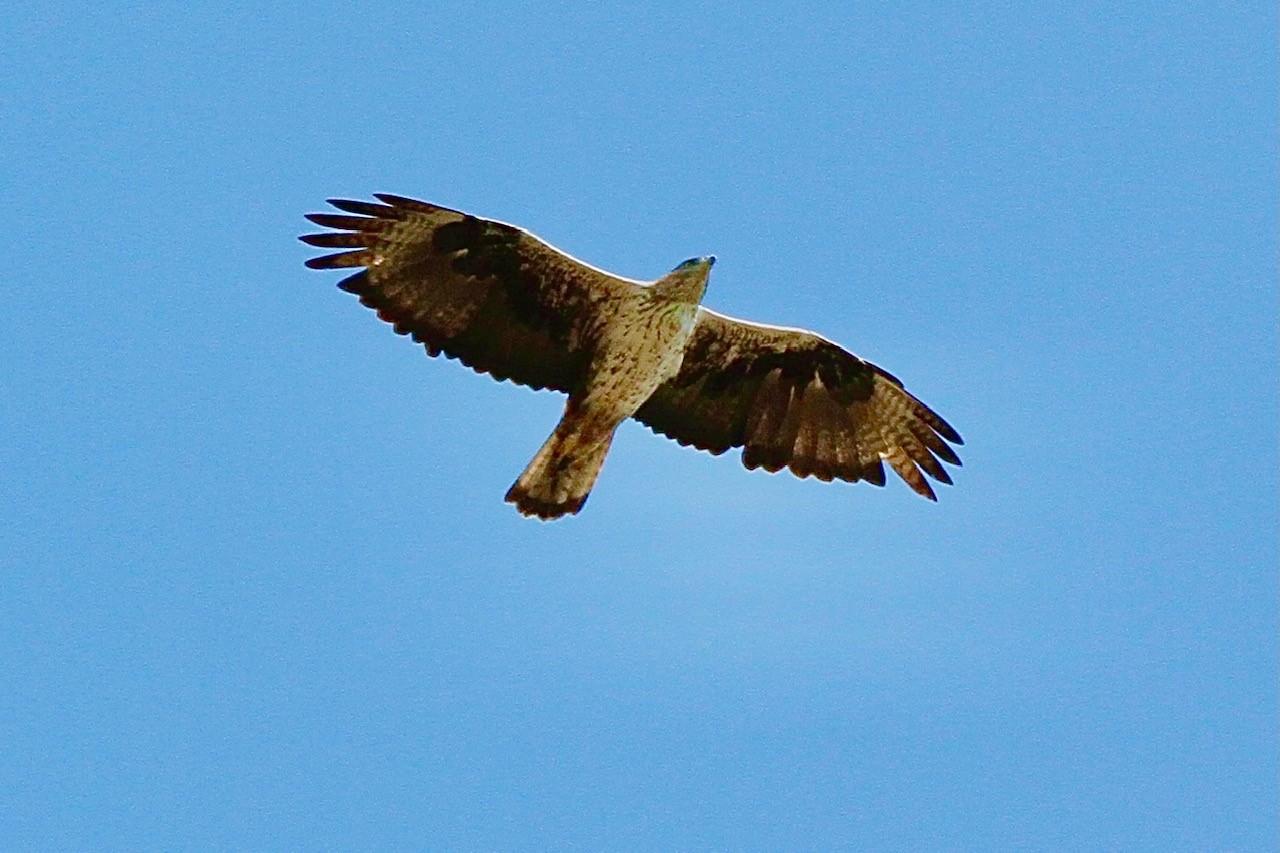 I ruled out Booted Eagle straight away as the ‘headlights’ on the forewings of this species were not present, and soon it drifted overhead giving me great views in my binoculars. It was my first ever Bonelli’s and I was overjoyed.

Over the years I have seen them at a number of occasions, including along the Tramuntana’s, but the south seems to be a good stronghold for them, with a friend and resident of mine (David) seeing them over the Es Trenc area recently too. A visiting birdwatcher I know from the UK recently saw three near to Valldemossa and managed to get a short video of them.

The voice consists of a shrill, piping call although it is seldom heard. They are a very large bird with a wingspan of 150 - 170cm and a weight of 1.5 - 2.5kg. Mountainous and hilly country forms their habitat although they can be seen over marsh areas too (I have seen them at both the Albufera and Albufereta marshes on occasion, circling over the distant peaks). 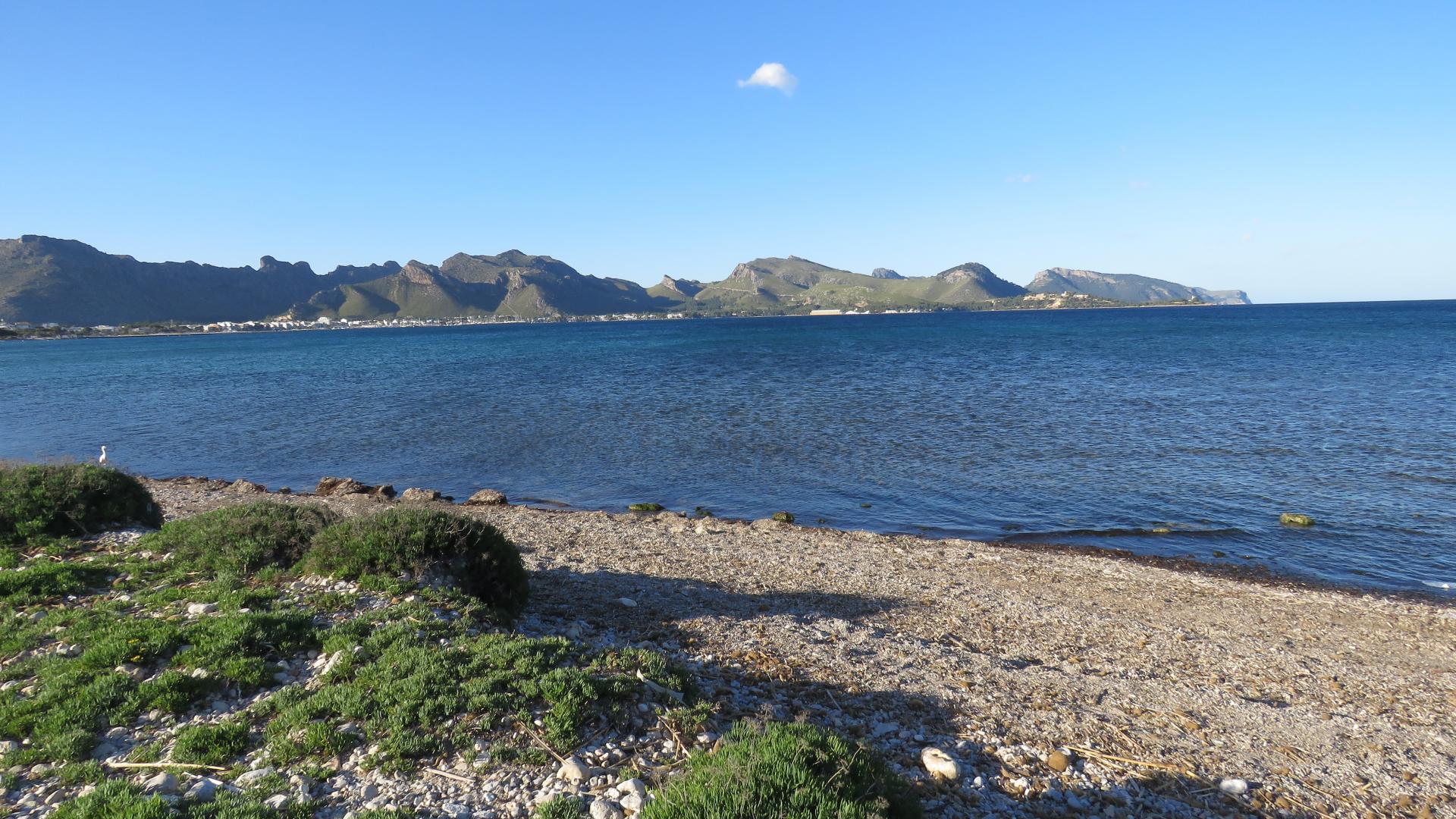 They nest either in a tree or on a cliff ledge, where branches and some greenery form their nest. Here, two eggs, white in colour with brown and lilac spots and lines are laid. Food however can be quite varied, and they will occasionally stoop from a soaring height onto prey. Mostly however, they take birds from the ground or close to it, with others snatched from bushes and on rare occasions from the water.

Mammals and reptiles are also taken, and they are considered a specialist when it comes to Rabbits and to a lesser extent, Red-legged Partridges. Also on their list are Rock Doves and Woodpigeons and surprisingly, Yellow-legged Gulls.

In flight, they appear a large raptor with a well projecting head, with broad, long and square-ended wings, slightly pinched in at the body with a little tapering at the tips - all of which are good identification features. In poor light they could be mistaken for a Honey Buzzard or even a Short-toed Eagle (both migratory species though). Bonelli’s are residential throughout their range, but juveniles can disperse up to over several hundred kilometres.

The common name of the bird commemorates the Italian ornithologist and collector Franco Andrea Bonelli, and adult birds are distinctive, with a very pale belly, a dark terminal band to long tail and contrasting dark underwings.

The lesser underwing coverts are whitish and flight feathers greyish giving it a distinctive pattern. A variable, pale patch shows on the upper back and sexes are similar. The wingbeats are quick and shallow with the wings held level and slightly forwards when soaring. When gliding, the wings are gently arched and show a straight, rear edge. 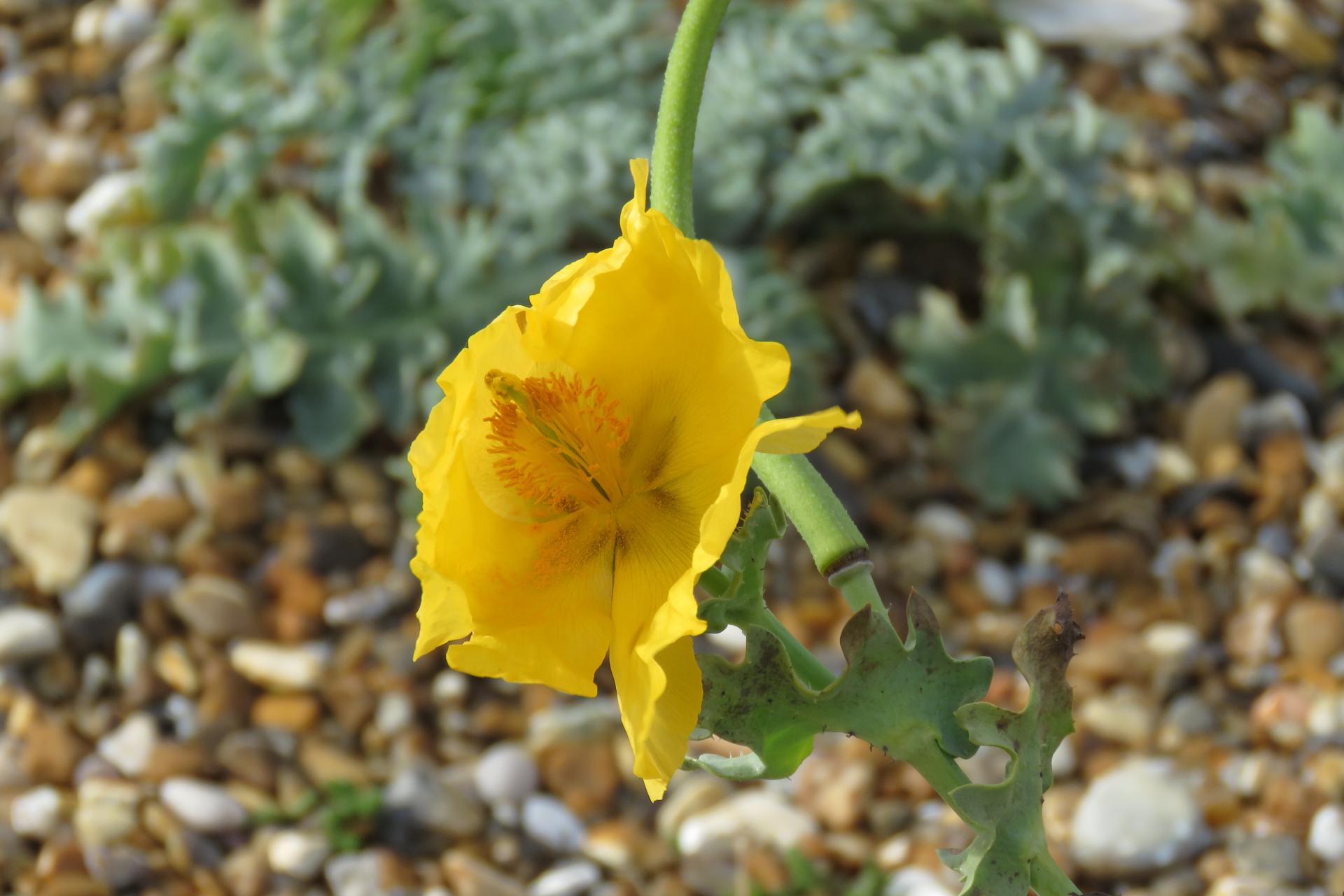 Now, if you are away from the mountains and back on the coast, and looking downwards for a change, then keep a look out for the Yellow-horned Poppy (or Sea Poppy as it is sometimes known), which is still in flower, and adds a bright yellow to the coastal scene. I have a lovely little spot for these between Puerto Pollensa and the Albufereta, where amongst the pebbles, they protrude to a height of several feet, gently swaying in the coastal breeze, and on occasions, the little Kentish Plovers may be scrambling around them for invertebrates amongst the pebbles. Flowering between April and October, look for them along sandy and rocky coasts, roadsides and occasionally inland where seeds have been carried and dispersed.

They are a hairless plant with a milky sap. The lowest leaves are stalked, pinnately parted with the upper leaves clasping the stem. Flowers are single, with four yellow long petals 3-4cm long sometimes with a dark spot at the base. It has thick, leathery, deeply segmented, bluish-grey leaves, which are coated in a layer of water-retaining wax. The sepal, petals and stamen have a similar structure and form to the Common (or Red) Poppy which is much more abundant on Mallorca.

Surprisingly for such a pretty plant, all parts of the plant, including the seeds are toxic. It produces an orange foul smelling sap if cut open. It can cause a wide range of symptoms if eaten, and respiratory symptoms have been known and even deaths have been recorded over the years. So, for all its beauty, best to admire it only.

This is the one thing about nature, it can be beautiful but sometimes deadly, and a number of species in the plant and animal kingdom have developed ways in which to protect themselves, from foul tastes or smells, to the tips of tails of a Lizard coming off in the beak of a bird, to false eyes on the wings such as in some species of butterflies. Nature is wonderful though.