Still, a prettier and cuter car would be hard to find

Arty shot of the Triumph Dolomite Sprint with its close cousin the Triumph Stag, both engines are based on the same building block. | Gaston Westphal

After the hectic back to back Rally 500 Mallorca and Mallorca Classic Week in October, things on the motoring front could be described as having gone a bit quiet. I guess we can only stand so much excitement on two or four wheels.

And of course the weather has been mixed in the past few days, not always conducive to cruising around with the roof down. Distinctly wintery, although at around 20 degrees we’re spoilt compared to our friends in Northern Europe, most of whom tucked away their classics and convertibles some while ago. 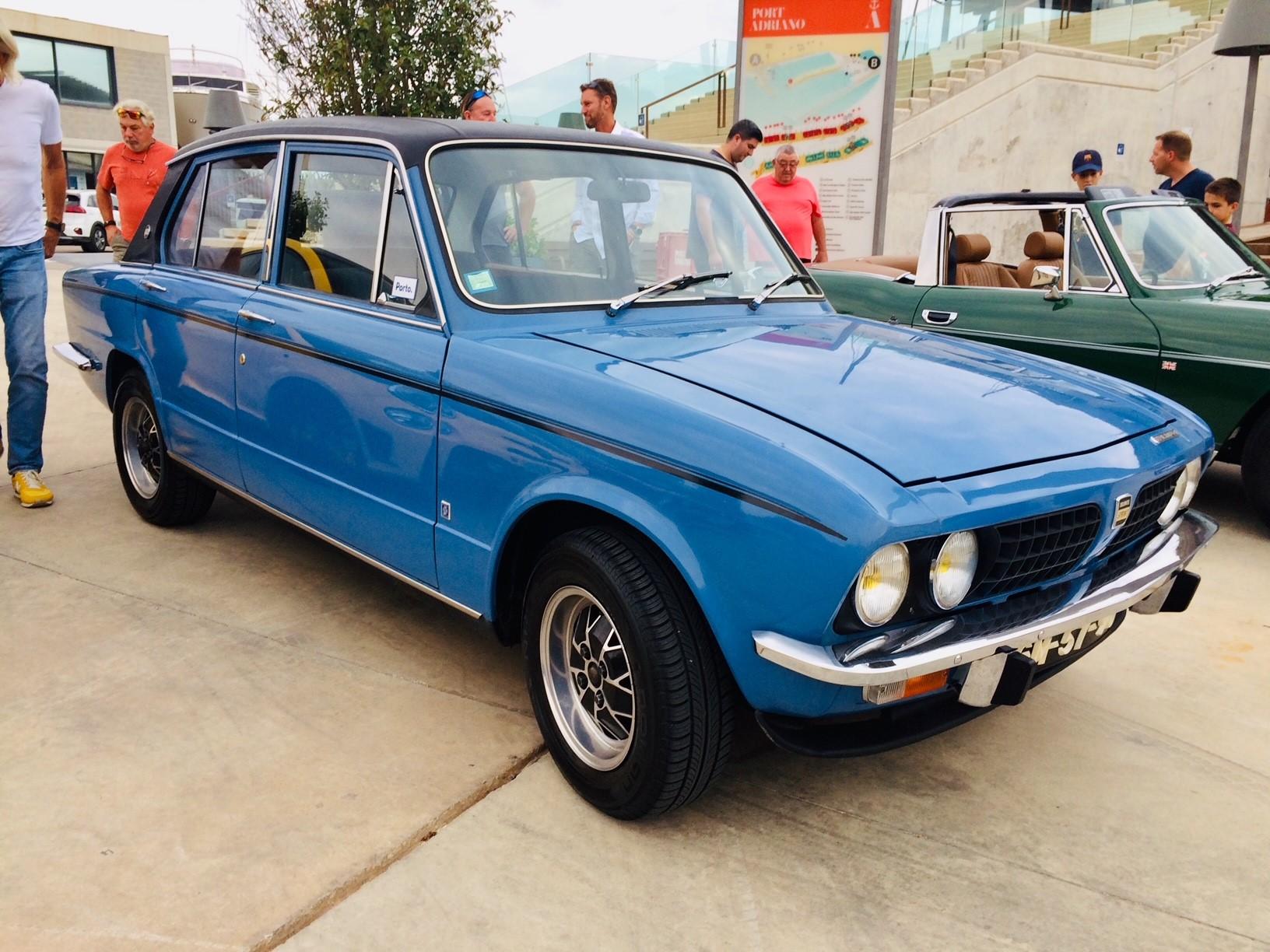 Taking a breather gives me chance to show you some photos from the last few weeks and to focus on a couple of interesting motors which have been out and about recently.
Firstly, meet Dolly, brought to the island recently by the new owner, who’s first car was a Triumph Dolomite. She tracked down this Dolomite Sprint in Portugal this summer and struck a deal with the previous owner, a committed petrolhead with a rather eclectic car collection. The car is very low mileage and totally original. 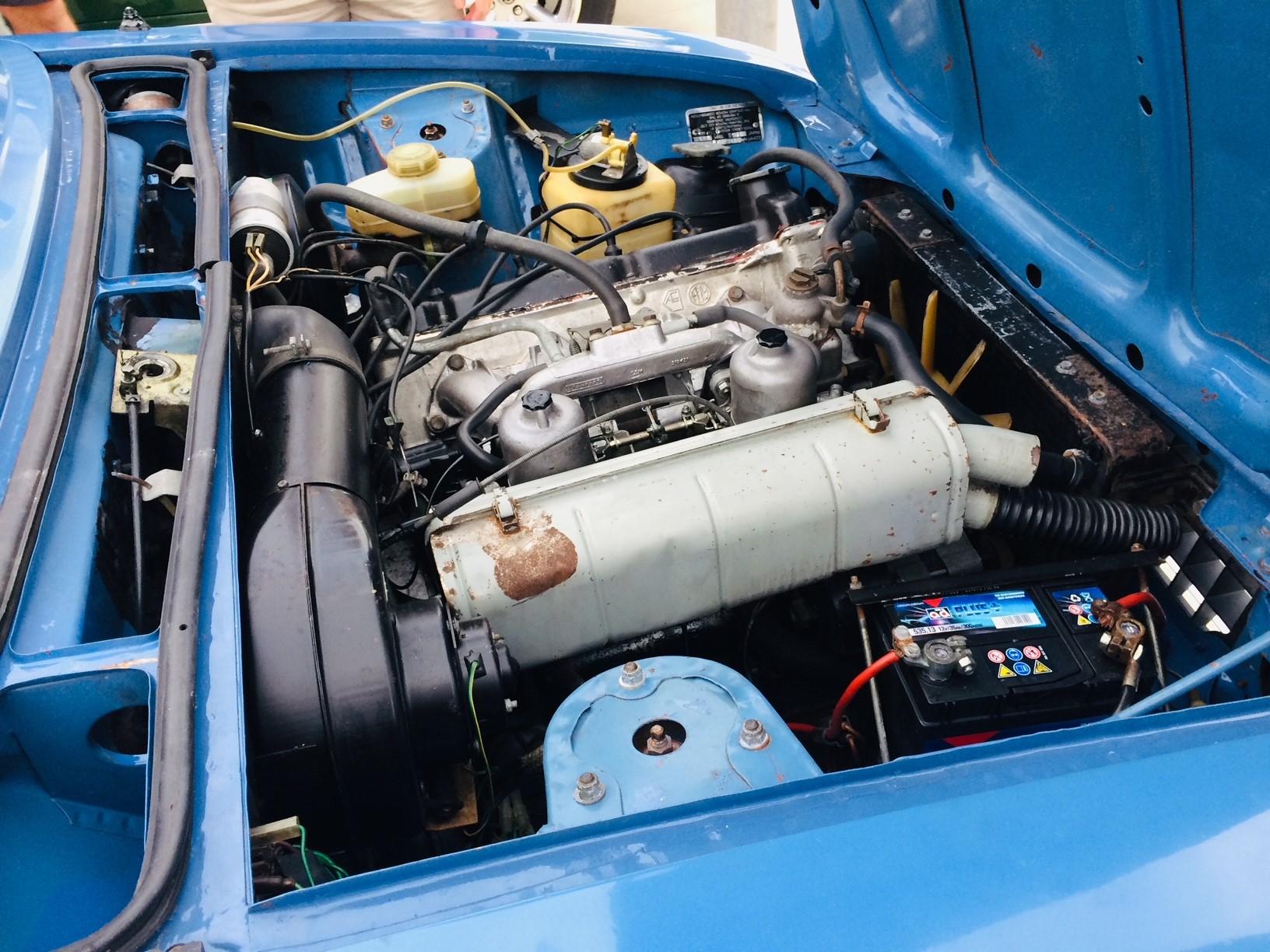 The Triumph Dolomite Sprint is a world first. The first mass production car to use a multi valve head, in this case with 16 valves, four per cylinder. And also the first to do so using a single overhead camshaft. Every subsequent hot hatch, including the iconic Golf GTI launched three years after the Sprint in 1975/6, was inspired by this compact saloon and engine design combo. 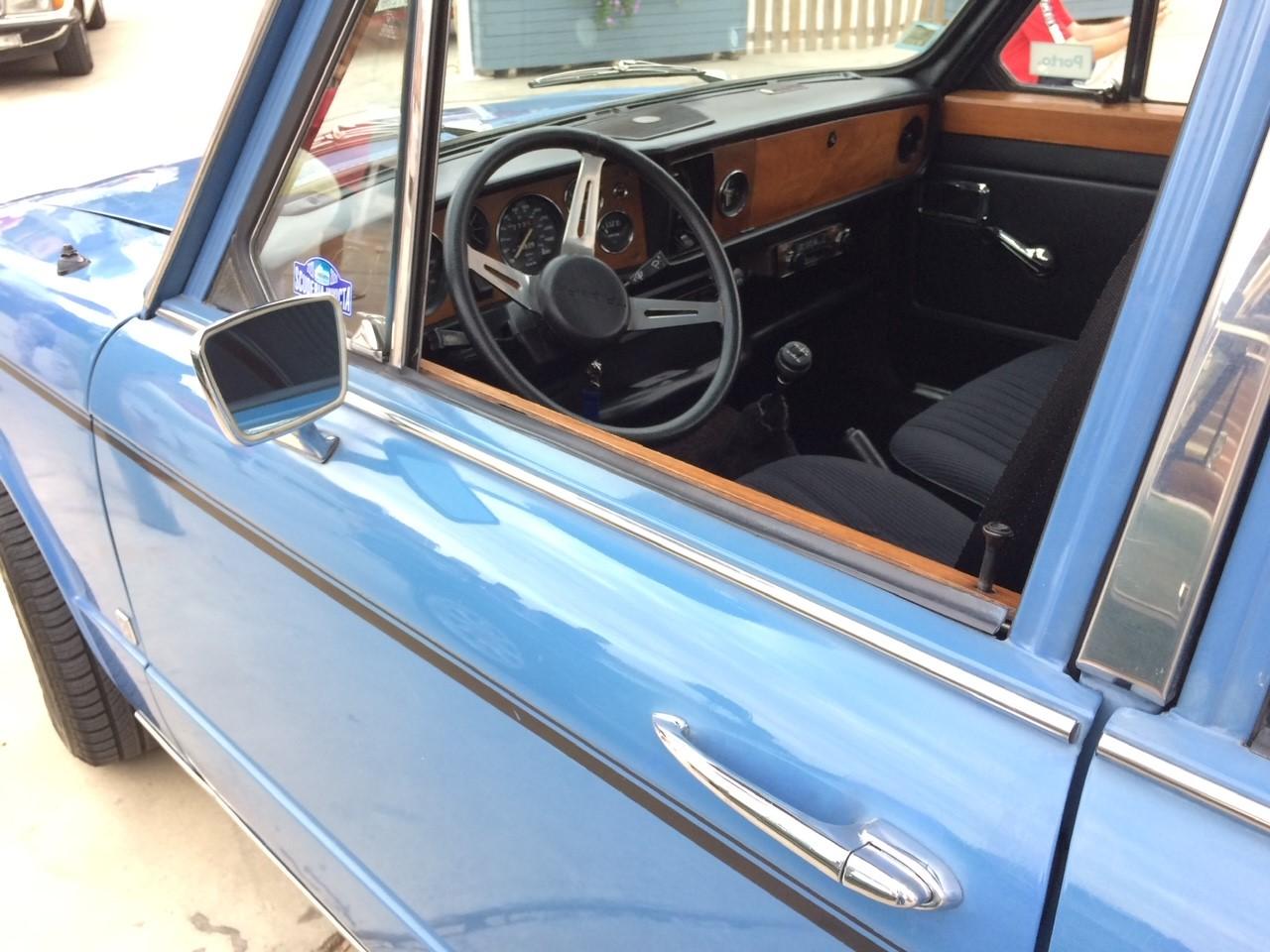 Despite British Leyland becoming a strike mired, mismanaged behemoth, there were still some sparks of genuine ingenuity at work. One such was Spen King, then head of engineering at Triumph. Who, with the help of Coventry Cimax, came up with the Sprint concept to beat BMW’s 2002 in the showroom and on the circuit. The old adage ‘win on Sunday sell on Monday’ was very much a factor. And the Dollies did win, in the British Saloon Car Championship, taking the manufacturer’s title in 1974 and the driver’s title in 1975. 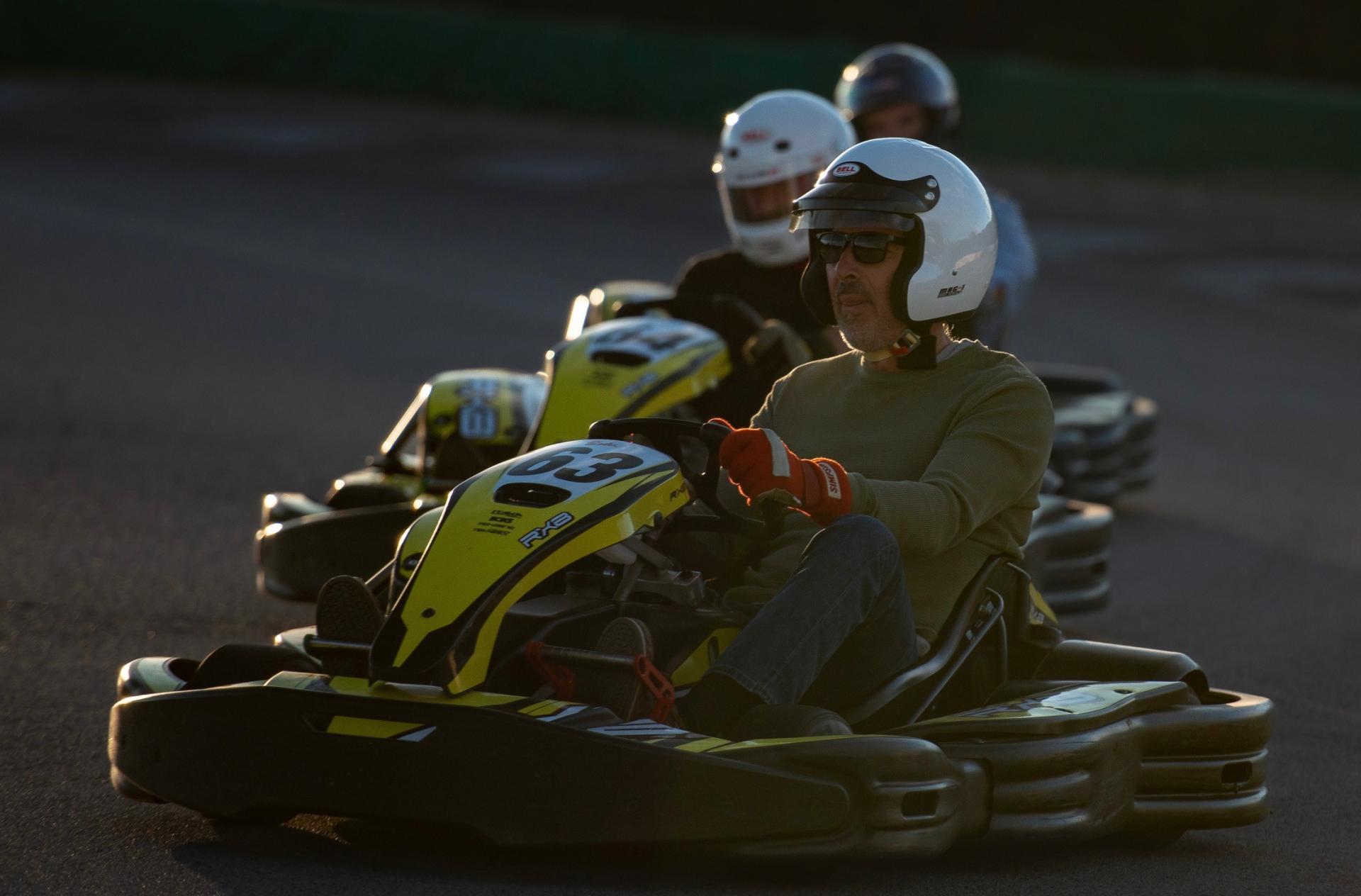 Hard to believe the British motor industry was once in the lead when pretty much all the car industry is foreign owned today. Famous old brands such as Lotus, Rolls, Bentley and Land Rover no longer British. And of course names such as Triumph, Austin and Morris have long gone from the streets. 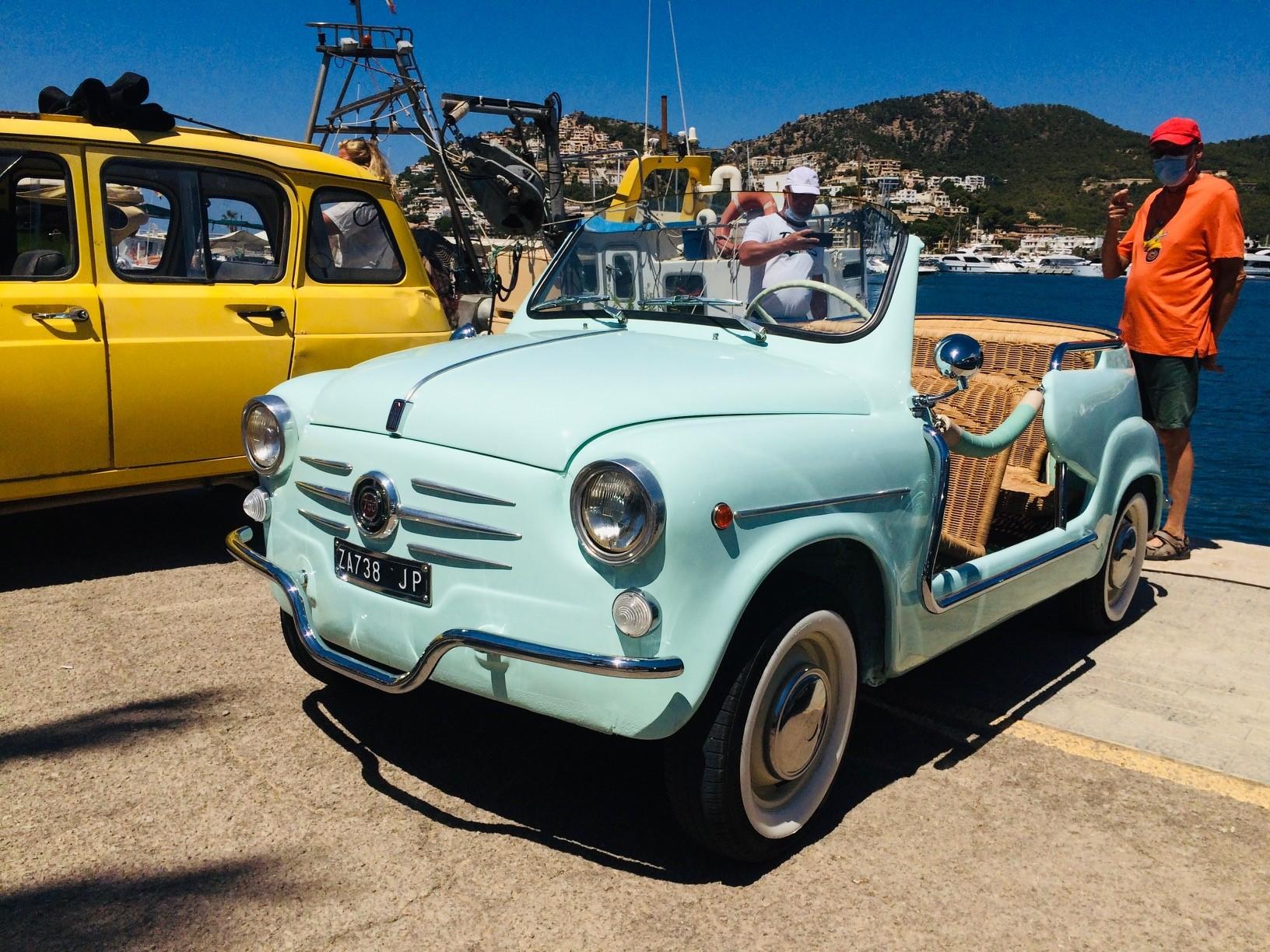 Another car hardly seen on the street today, mind you it was rare in its heyday, is the Fiat Ghia Jolly. Particularity apt here in Mallorca because they were made especially for the Mediterranean climate, particularly the Riviera. Based on the Fiat 600 they were converted by Ghia from 1958 through to the mid ‘60s into a runabout for wealthy yacht owners. Not much change there because one sold recently for north of 200€ grand. And for that you only get wicker seats. 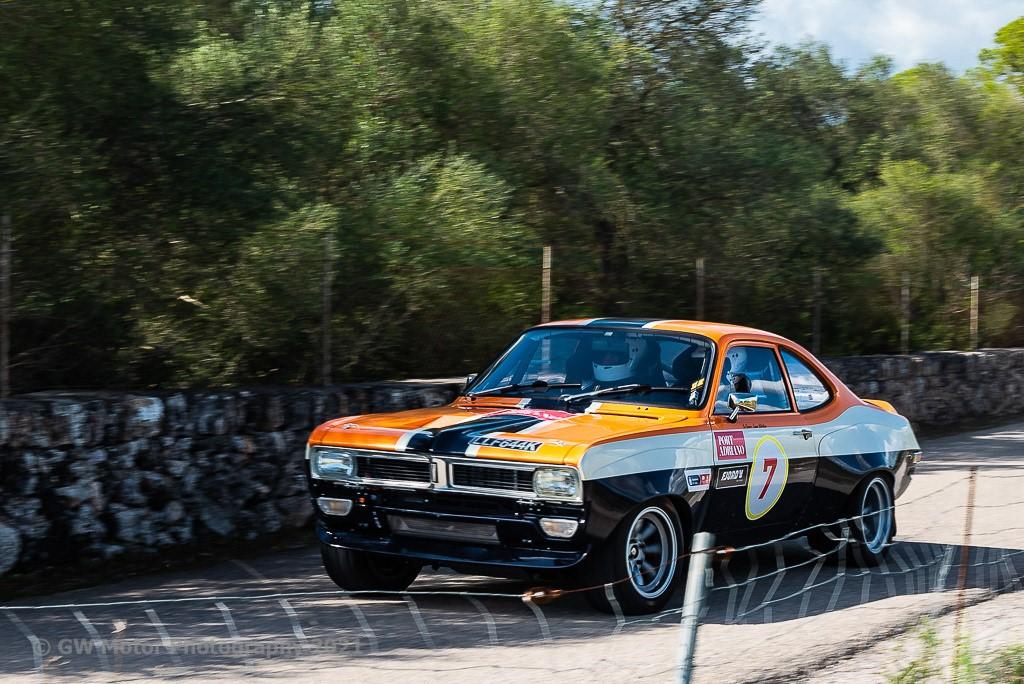 Still, a prettier and cuter car would be hard to find. I’ve now seen 3 on the island and that’s out of about 100 which are thought to have survived. So you won’t be surprised to find out that nowadays there are a great many replicas around. Shockingly some are being sold as the genuine article. Who would have thought. By the way the 200€ grand one was the real deal. 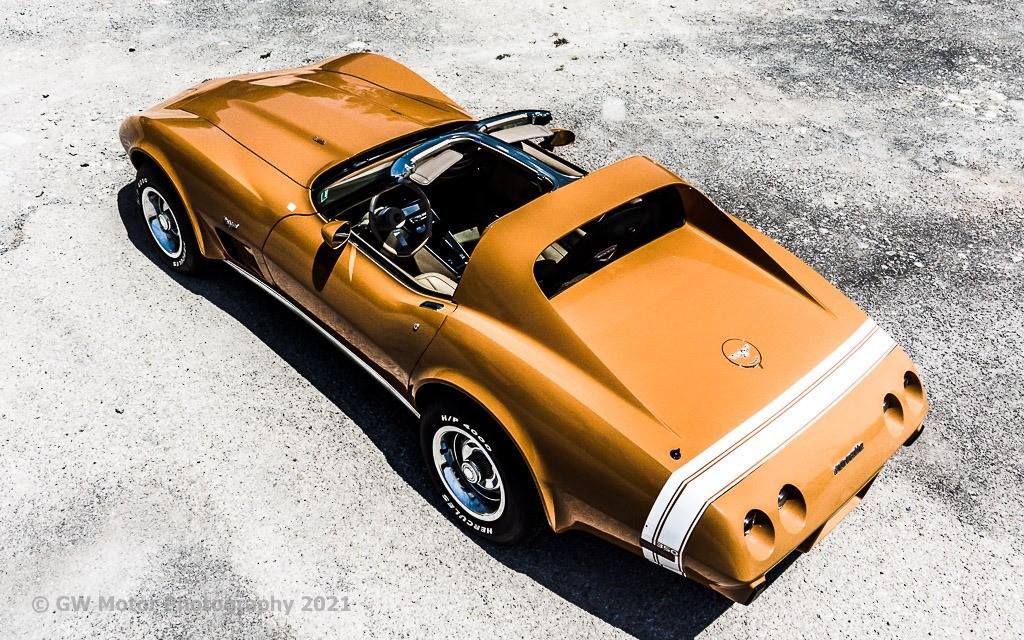 On that note I’ll say au revoir, only because I played tennis with a Frenchman yesterday and it just popped into my head as a bon alternative to over and out. 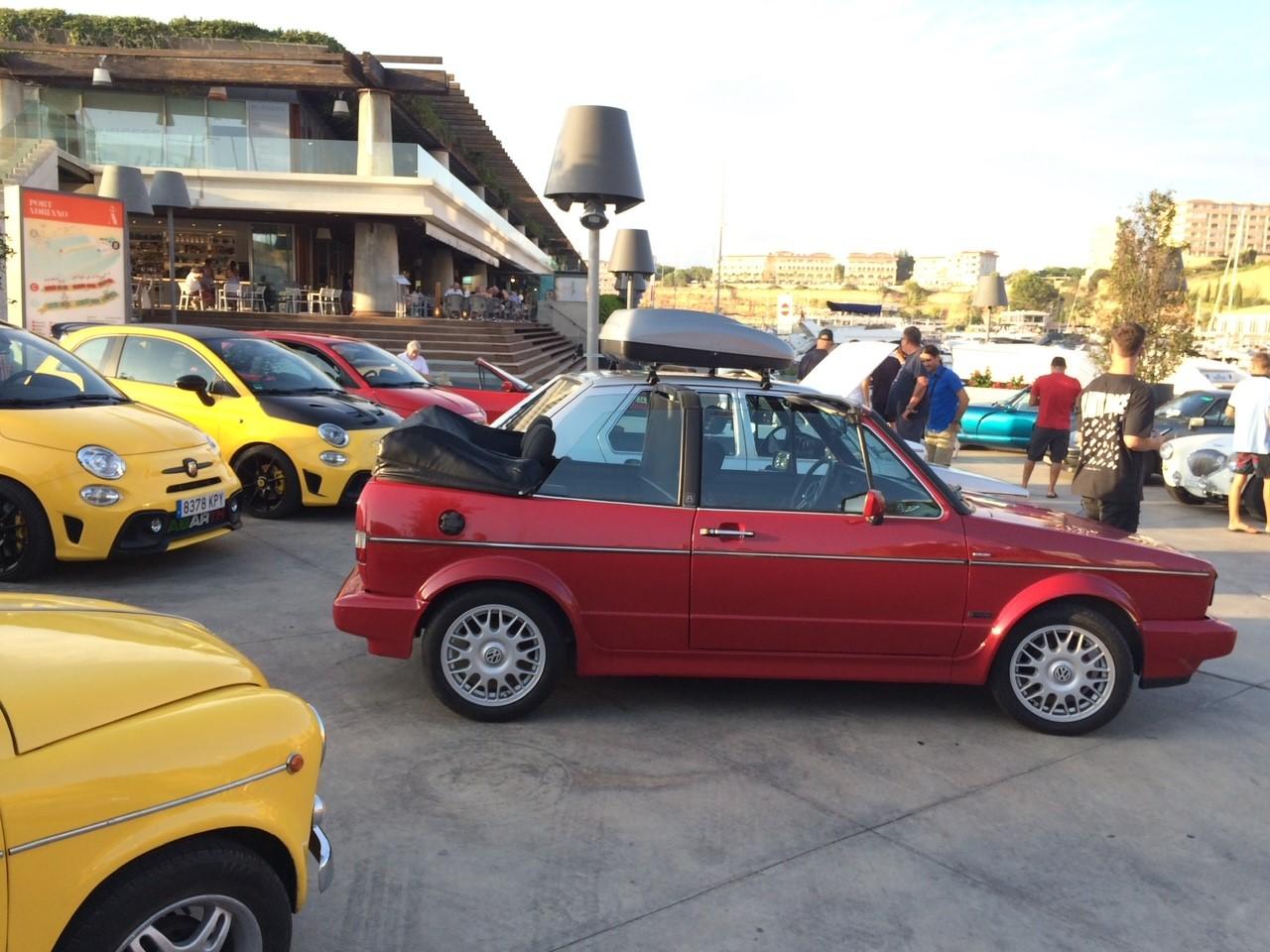 The weekly Thursday meetup is at The Blue Nest in Port Adriano every Thursday at 18.00.
Inspiration by The Classic Car Club at www.cccmallorca.com. Gentlemen Driving Mallorca at www.gentlemendriving.com & on Facebook.