Cider is an easy drink to make, at least in theory

Three of my Spanish friends always drink cider during the 12 days of Christmas. | EFE

During the summer and autumn we frequently hear and read about the harvest of certain fruits. It’s always good to hear that Mallorca’s apricot crop will be a good one because the island’s apricots are superb and popular.

I was recently reading that this year’s grape harvest in the Binissalem area is well up to standard and that means we have some fine wines to look forward to.

At other times colleagues on the staff of the Bulletin and sister paper Ultima Hora let me know that this year’s mandarins, for instance, are especially juicy and tasty, or that conference pears or also first rate. 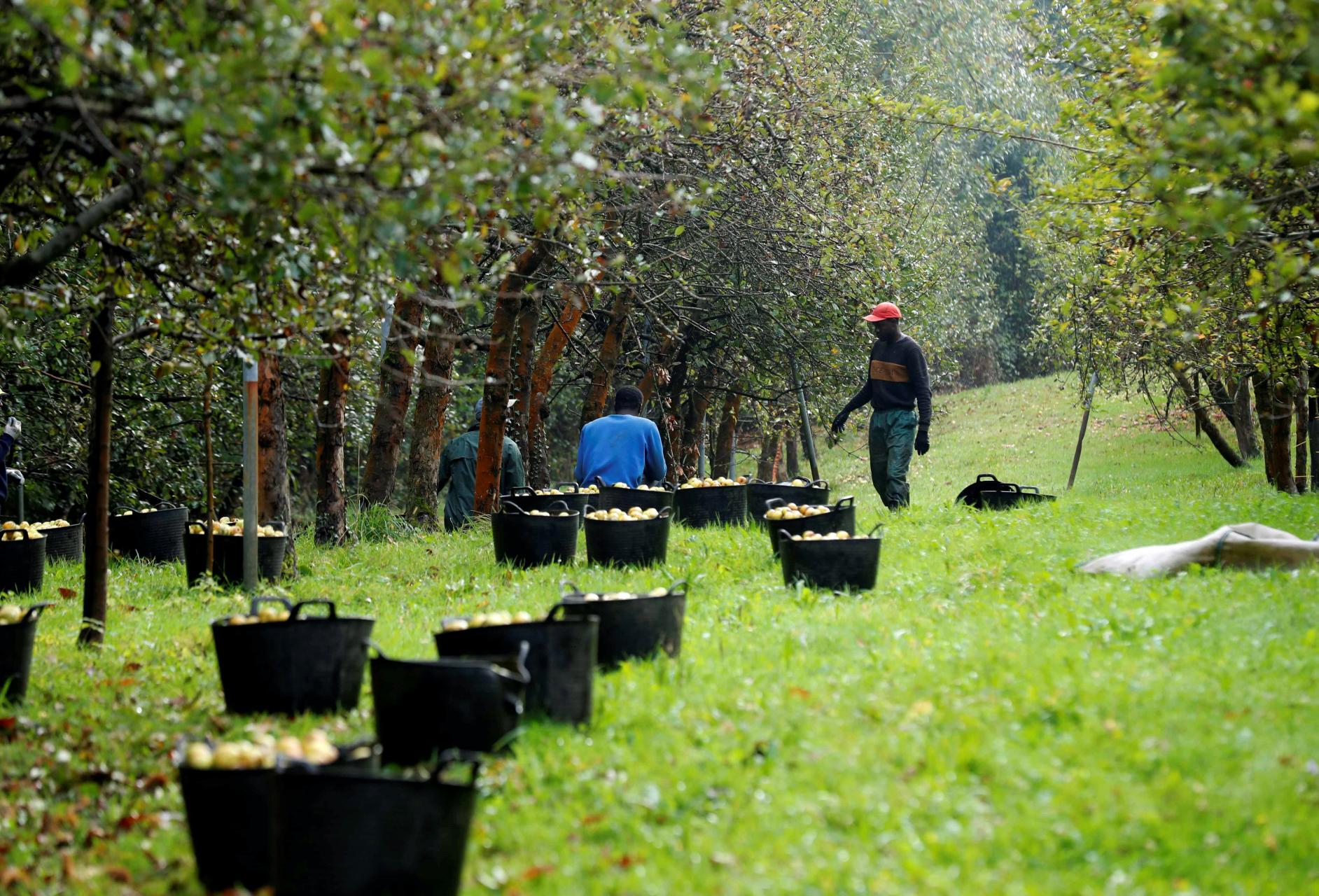 People tell me of places where tomatoes on the vine are plump and juicy, the yellow plums are at their best and that I mustn’t miss the moscatel grapes at a certain shop in Calle Blanquerna.

But no one, however, ever talks about the apples available in Mallorca. They’re there, as always, but no one ever says a particular variety is better than ever this year. Nor does anyone complain about the apples being below par. It seems as if they are always at their best.

That’s eating apples. But it’s not the same with apples used for making cider. The trees that produce them have always been erratic, some years giving a glut, followed by a famine the next.

But there was good news last week: the apple crop in Asturias, Spain’s biggest producer of cider, is a good one and that will translate into some 30 million bottles of cider.
Europe has three great fermented drinks: wine, beer and cider. When you look at per capita drinking, however, cider is a minority tipple.

That’s a pity because it’s most refreshing during hot weather and is also most enjoyable during the winter. Three of my Spanish friends always drink cider during the 12 days of Christmas: the festive season for them means cider with every meal.

Britain is by far Europe’s biggest cider producer with more than half of the total output and more than four times as much as France. Next on the list are Ireland, Germany and Spain. 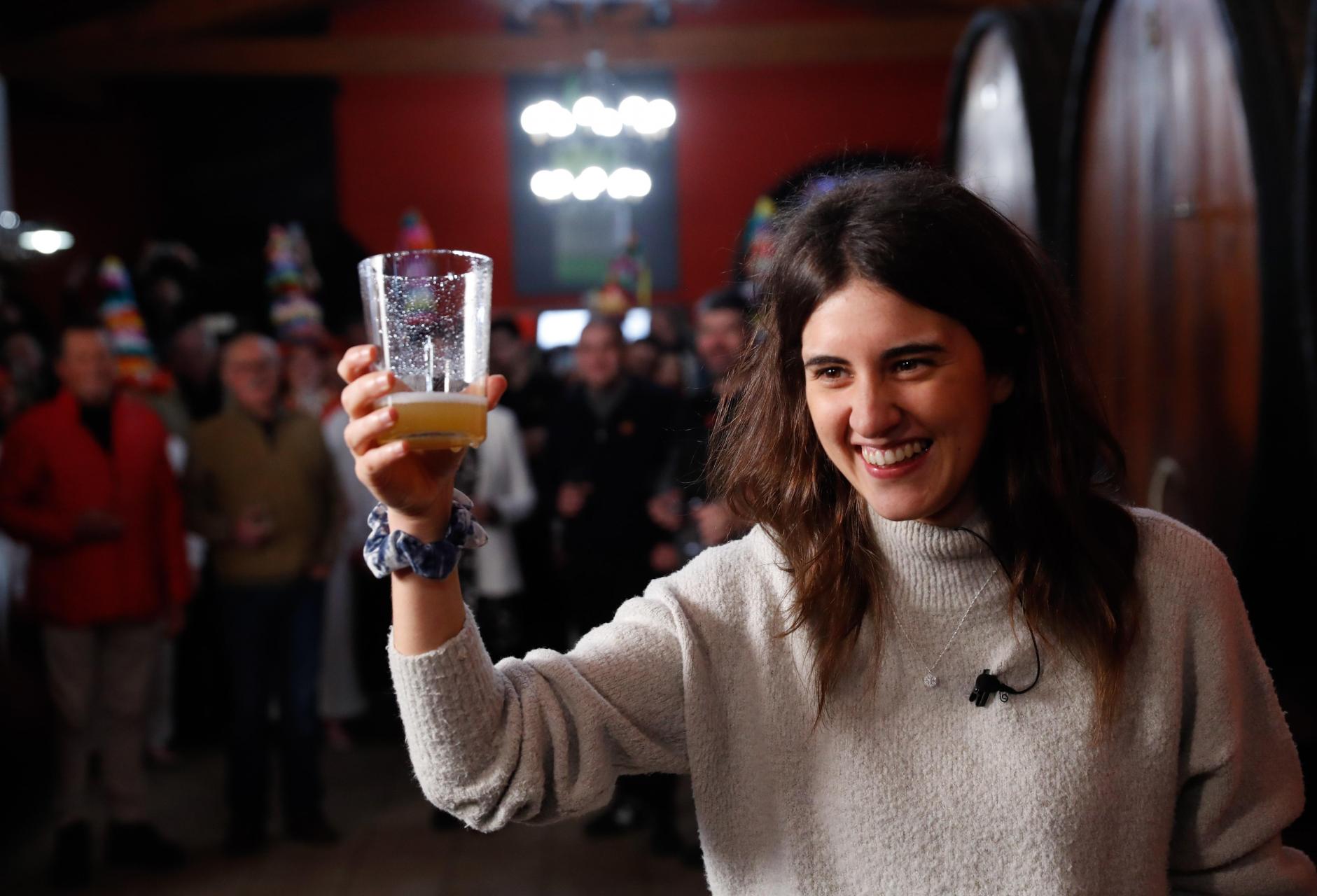 Production figures include a drink made from pears called poiré in French and perada in Spanish. We call it pear cider. It is made in exactly the same way as cider, but using pears instead of apples.

In per capita drinking of cider, it’s Ireland that tops the list, followed by Finland, Britain, Sweden, France and Spain. It seems strange that the Finnish and Swedes are drinking so much cider, but it’s because its lower alcohol content means there’s less tax on it and prices are lower in shops, bars and restaurants.

Most of Spain’s cider comes from Asturias, País Vasco and Navarra and although Spain is at the bottom of the production list, Spanish cider is reckoned to have the longest pedigree.
Some experts say cider went from the north of Spain (mainly what is now Asturias) to Normandy. The Norman Conquest took it to England.

The English word cider, like the Spanish sidra and the French cidre, comes from the Latin cisera. This was taken from the Hebrew shekar, which means an intoxicating drink.

Although cider is a popular drink in parts of England and Ireland as well as in France and the north of Spain, it has never achieved the general acceptance of wine and beer. It doesn’t have the complex aromas and flavours of the other two, so it’s not a great drink for the connoisseur’s table. The pairing of cider and food is beset with limitations.

For many years the cider industry was in the doldrums in a very bad way, with poor sales figures and fewer acres of apple orchards under cultivation. But with the general return to artisanal ways of doing things, cider has recovered a bit of its old sparkle in the major European countries.

The cider apple tree’s erratic production, giving gluts one year and famine the next, has always been a problem. This led to a lowering of standards as cider makers used non-cider apples to make up the difference and sometimes even imported apple pulp from abroad.
Cider is an easy drink to make, at least in theory. The most difficult part is selecting the apples: some sweet, some sour, some with a perfume the maker especially likes.

The juice is squeezed out in a special press and is put into casks. Natural yeasts in the air start the juice fermenting and after three months the liquid is strained into another cask. Three or four months later the cider can be bottled and sold. Cider is such a popular drink with the Asturians that they even have special bars in which to drink it.

They are called chigres and they have sawdust-covered floors just like British pubs in the old days. The traditional chigre way of serving cider is to pour it from the bottle into the glass from a considerable height.

The barman first holds the bottle in one hand, his arm up-stretched as straight as possible. With the glass in his other hand, held as low as he can manage, he pours the cider straight into the glass. It looks easy enough but it takes a great deal of practice to get it right every time.

There’s a reason for pouring the cider this way: Spanish cider is flat and the idea is to oxygenate it. The cider picks up oxygen as it falls through the air (which is why bottle and glass must be as far from each other as possible) before hitting the bottom of the glass and splashing up the sides in a frothy mass.

Only a small amount is poured into the glass and the connoisseur downs it in one gulp. If there is any left in the glass it quickly goes flat, so the purists never finish it off.
Instead, they throw it into sawdust-filled wooden buckets standing against the walls or straight on to the floor — which is why it is covered with a thick layer of sawdust.

Cider is neither a weak drink for the ladies nor is it as ferociously strong as some West Country Englishmen would have us believe.

It contains seven to nine percent alcohol, which makes it stronger than most common beers, but weaker than the average white wine. But cider can be tart and pungent, leading people to think it must be rather strong.

You should avoid sparkling ciders because they are artificially carbonated and are much too fizzy. When buying cider in Mallorca, go for ‘sidra natural’ — still cider that comes direct from the barrel.

It has no bubbles which is why an attempt is made to oxygenate it by pouring it from as high a position as possible.

The best natural cider I have tried is called Zapiain. It is from the País Vasco and is sold at La Vinoteca (Calle Bartolomé Pou 29) and in the supermarkets of El Corte Inglés. It costs around €3 for a one-litre bottle.

Serve it very cold in dumpy extra-wide glasses which you can buy in the Chinese bazaars for as little as 90 centimos.

Pour it from as high a position as you can manage — but even when served from a normal height it is still a most satisfying tipple.