Halima takes over at Can Carrossa

Joan and Halima on the terrace dining area. | Andrew Valente

In a 1998 review the heading was ‘Best gastronomic bargain anywhere’. I am very pleased to say nothing has changed at Can Carrossa in that respect and I could have re-used that 1998 heading for today’s review.

There have been changes, however, since I last saw Joan 17 years ago. For starters, he has retired and he’s no longer the man in charge of the pots and pans at Can Carrossa.

A woman has taken over in the kitchen. Her name is Halima Oudades and she’s Joan’s Moroccan wife. And as Joan worked as an instructor at a professional cookery school as well as running Can Carrossa, he has taught Halima his incredible catalogue of old and forgotten Majorcan recipes that he up-dated when necessary.

So although Joan is no longer standing over a hot stove, the dishes that made Can Carrossa one of Mallorca’s finest and most unusual eateries, are still enthralling the restaurant’s huge brigade of Mallorcan foodies.

Halima, a superb interpreter of Moroccan recipes even before Joan started to teach her the delights of Mallorcan cuisine, has added touches of her own to some of the old island recipes.

Can Carrossa never served a conventional menu: Joan made several dishes that changed every day and that was the basis of a tasting menu. Halima has continued that tradition. And Joan’s on hand to let diners know what’s available.

So there’s no menu at Can Carrossa, not even on a blackboard. Some of the regulars (most of the diners are from Lloseta and surrounding areas) don’t even ask what Halima’s cooking. 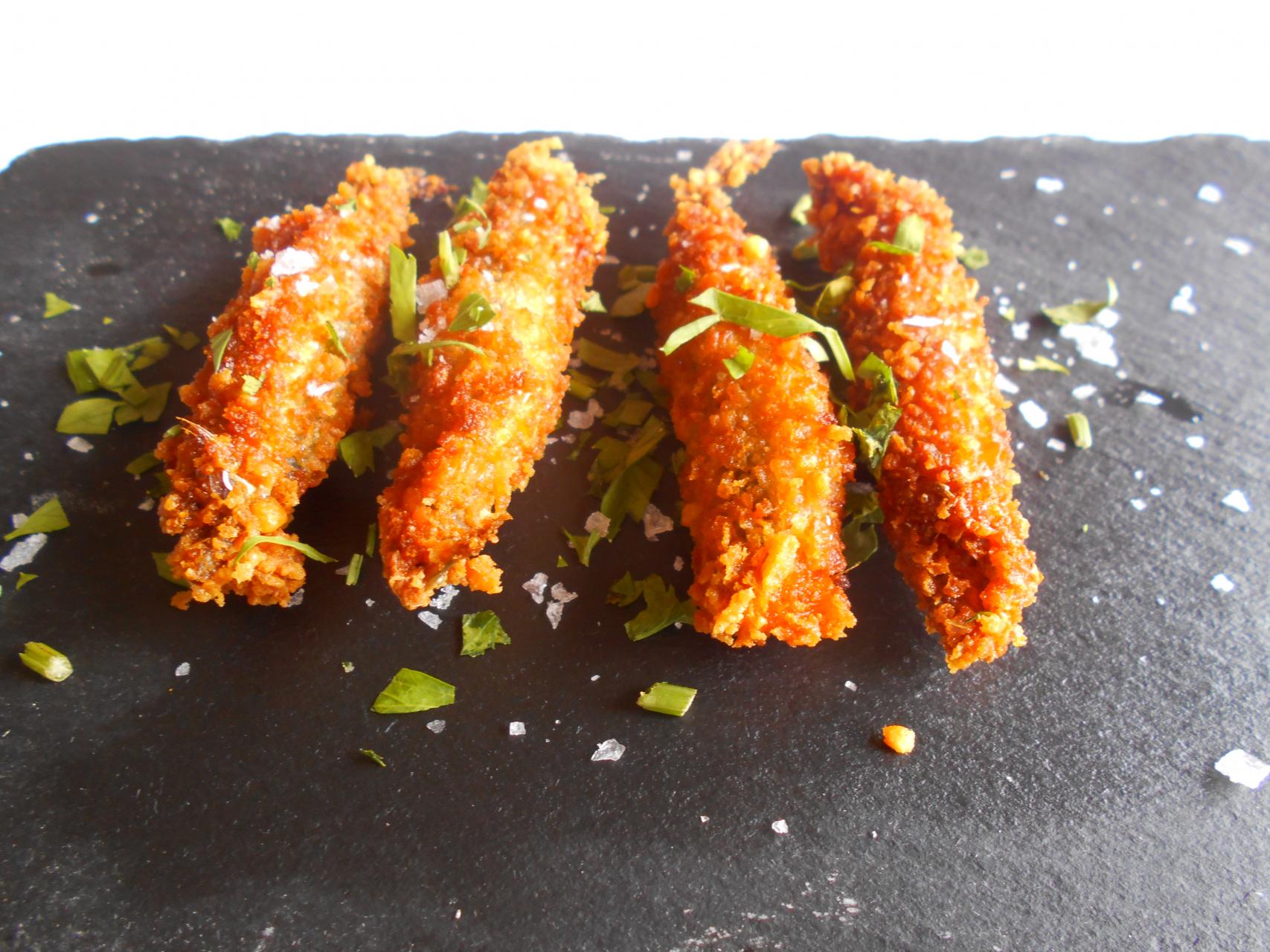 They sit down, Joan knows the kind of dishes they like and he starts to bring out nibbles, starters, a fish course, a meat and desserts. First time diners are told what’s available, a tasting menu is decided on the spot and the meal begins. It’s a system that works beautifully, although the unadventurous may not like it.

There is always an element of the unknown, even mystery, when eating at Can Carrossa. Sometimes there will be a local fish you have not only never eaten, but have never even heard of. On another occasion the dish will be flavoured with a spice you have heard of but have never tasted.

Perhaps Joan’s greatest attribute as a cook is this ability to surprise us. Halima is also like that. When I was talking to her after the meal, she said she made her own butter for family use. And it was a most unusual one. 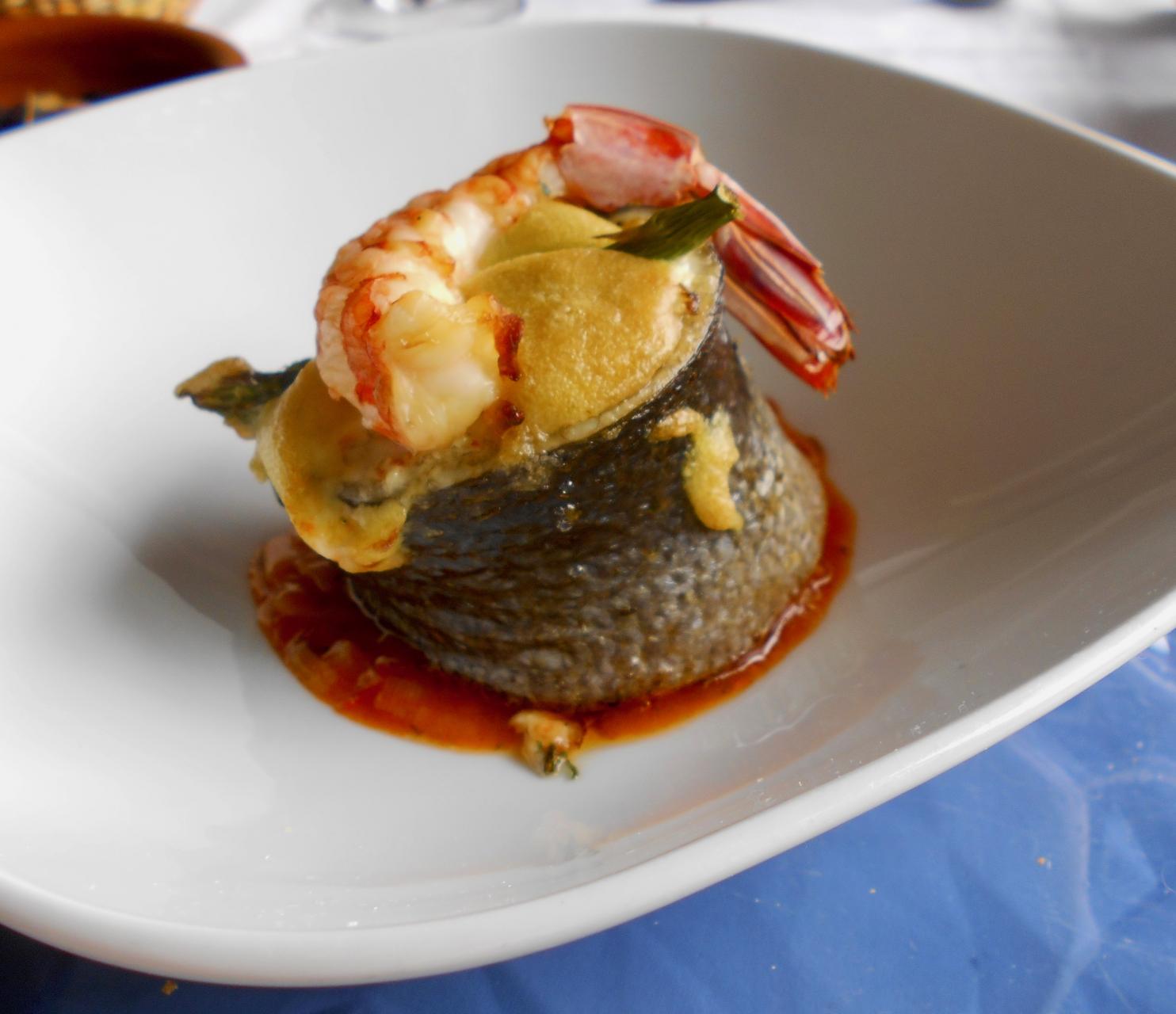 She pours five litres of sour whole milk into a deep bowl on the floor, gets down on her haunches (because that’s the traditional Moroccan way) and swirls her hands through the milk non-stop for half an hour.

This do-it-yourself churning produces about 400 grs of butter that Halima uses for cooking Moroccan dishes for the family. I tasted it and it was lovely: well salted and with a sourish taste, of course. I would love to try it on hot toasted bread.

Halima’s way of doing butter gives a most interesting by-product. They whey that is left behind is thickish, sourish and tastes very like kefir. It’s a healthy drink for the family.
I am sure Halima is going to be surprising us with delicious versions of Joan’s most emblematic Mallorcan recipes. I certainly shan’t be waiting another 17 years before returning to Can Carrossa.

Another meal for red meat eaters

A seasonal lamb dish and some soccer fans

There are hundreds of Mallorcan traditional dishes that are seldom done nowadays because they are somewhat labour intensive or need special care and attention. 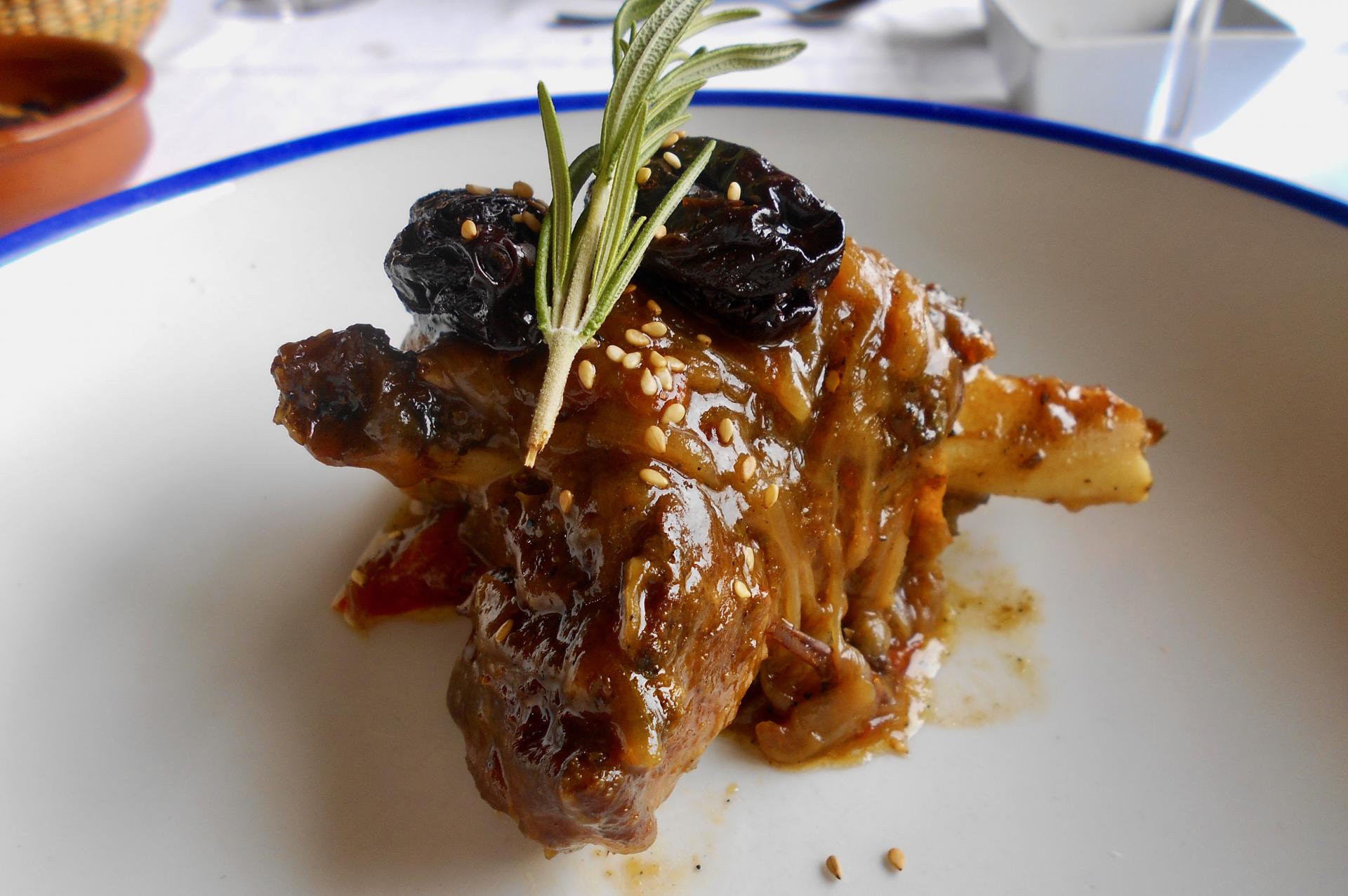 Today’s restaurant cooks want dishes that are simple to assemble and are made quickly, so few of them do a traditional ‘rostit humit’, a kind of pot roast done of a bed of shredded Med veggies that are cooked slowly and become a thick savoury sauce.

A ‘rostit humit’ is frequently done with cuts of beef but Halima did it with shoulder of lamb because Majorcans prefer the shoulder to the leg. The lamb was on the bone and was chopped into individual servings before being slowly pot roasted with a little liquid in a heavy saucepan with a tight-fitting lid.

The result was the kind of scrummy finish you seldom get nowadays because all of the flavour from the lamb and the veggies is on the plate. Such perfection always gets a 10-rating.

A new take on the ubiquitous lubina (sea bass), was a fillet wrapped round a subtly spiced stuffing and topped with a terse-fleshed gamba. Another dish that was worth a 10.

In the old days, Majorcan housewives and cooks made more use of sobrasada than is done nowadays. Another of Halima’s surprises was a dish of small sardines stuffed with sobrasada, breadcrumbed and perfectly deep-fried. Very simple in every way, but how often do you see sardines done like that? That was another 10.

The great Auguste Escoffier, the father of modern French haute cuisine, memorably said that the best cooking is always simple — and it is simply presented.

These rules were followed to the letter in a ball of savoury blancmange, atop a slice of tomato, atop a crouton of lightly toasted bread. A perfect light starter that gets the gastric juices flowing — and also gets a 10.

I went to Can Carrossa a few weeks ago when we were still having lovely sunny days and we ate on the terrace overlooking the garden and a small swimming pool.

But we seem to be in winter mode now and most people will be dining indoors, especially for dinner, but that’s no hardship because Can Carrossa is an old Lloseta town house with considerable character. I actually prefer eating indoors…even during the summer.

Eating at Joan Abrines’s Can Carrossa restaurant was always a time for savouring bon vivant dishes and also some superb gastronomic surprises. But after 17 years of not visiting Can Carrossa the biggest surprise of all was awaiting us: Joan has retired and his Moroccan wife Halima is now doing dishes from Joan’s catalogue of old Majorcan recipes that he has up-dated. 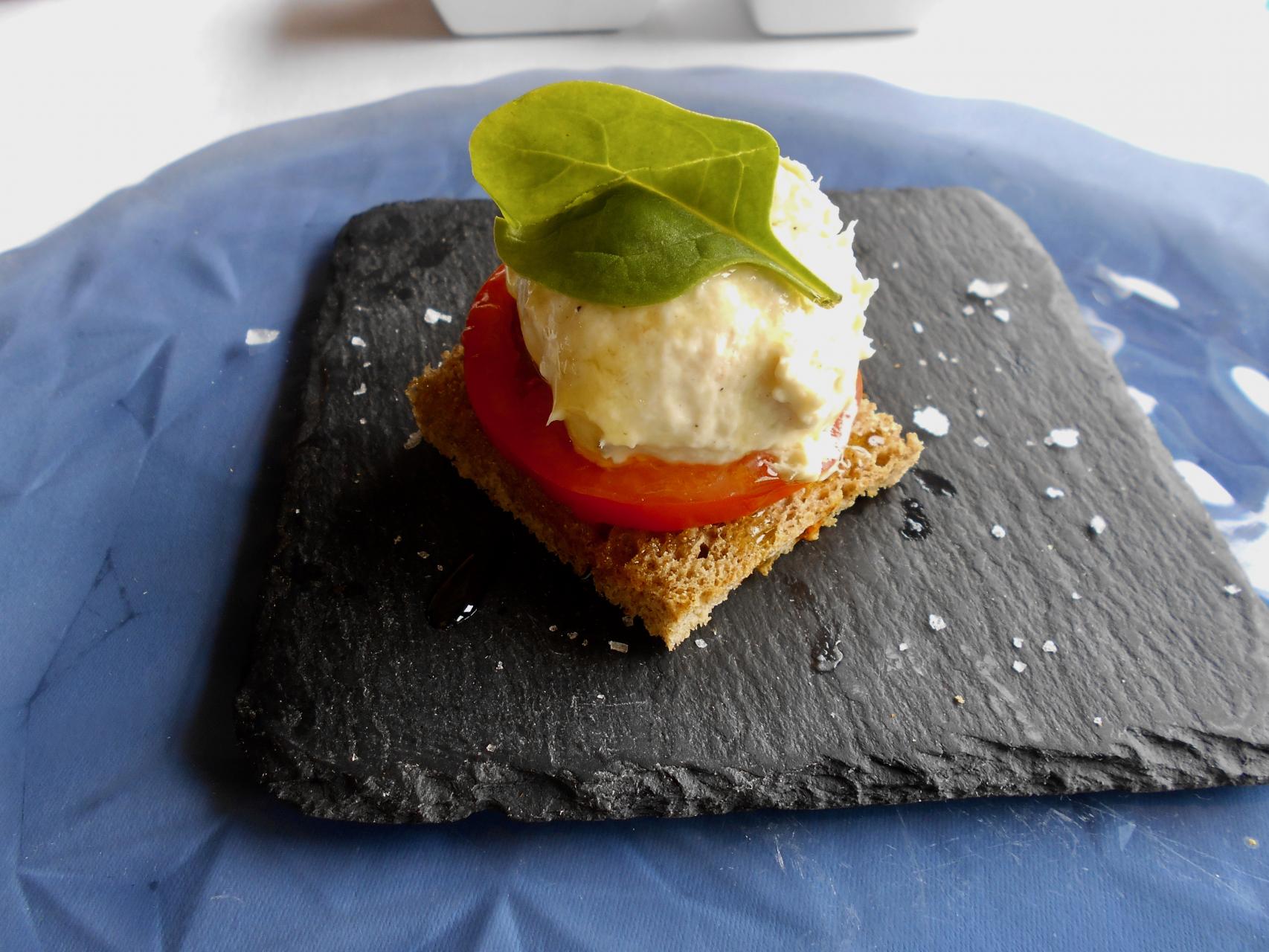 So in a way nothing has changed because Halima is reproducing the traditional tasting menus that has made Can Carrossa a ‘must visit’ eaterie for Majorcan foodies. Our lamb ‘rostit humit’, a kind of pot roast on a bed of Mediterranean veggies, was incredibly succulent and memorable.

A sea bass fillet wrapped round a stuffing and topped with a gamba was delish and unusual, and little sardines stuffed with sobrasada, breadcrumbed and deep-fried was a delightful and scrummy surprise. A savoury mangeblanc was a new look at a recipe from the Middle Ages. The tasting menu at €35 without drinks continues to be a gastronomic bargain.

Can Carrossa, Carrer Nou 29, Lloseta. It is next door to the famous Palacio Ayamans. Tel: 971-514023. They open for lunch and dinner, but check for closing day. It is absolutely essential to make a reservation.

The tasting menu costs €35 per person without drinks. That includes black and green olives cured on the premises, as well as a quite spectacular Majorcan spongy bread from a nearby bakery. There were two starters, a fish course and a lamb dish, plus a dessert.