Carpets of yellow, lumps, and a leaf warbler

Mallorca will see them all over the island in the winter

Well, Christmas is over and the new year has done just that - ushered in a new year. Life will go on pretty much as it has for the wildlife through the winter, but slowly the daylight will stretch that little longer as the season progresses, and before we know it, the first signs of spring will be upon us.

Mallorca will see some lovely scenes at this time of year, especially fields carpeted with buttercups, snow-capped peaks in the Tramuntana’s, and fungi will be making an appearance here and there. The winter visitors will continue to enjoy the natural food available to them during the day, to help get them through the colder nights ahead.

The Bermuda Buttercup is showing off all its glory right now, carpeting some fields with a golden-yellow that stands out even from a great distance, giving off a soft scent when you are up close to it, and allowing any airborne insects the chance of some food. I often recall a scene from memory along the narrow tarmac road leading up to Ternelles Valley, where a number of the fields were awash with yellow, and there, sat in the centre of one such field, was a large female Marsh Harrier. 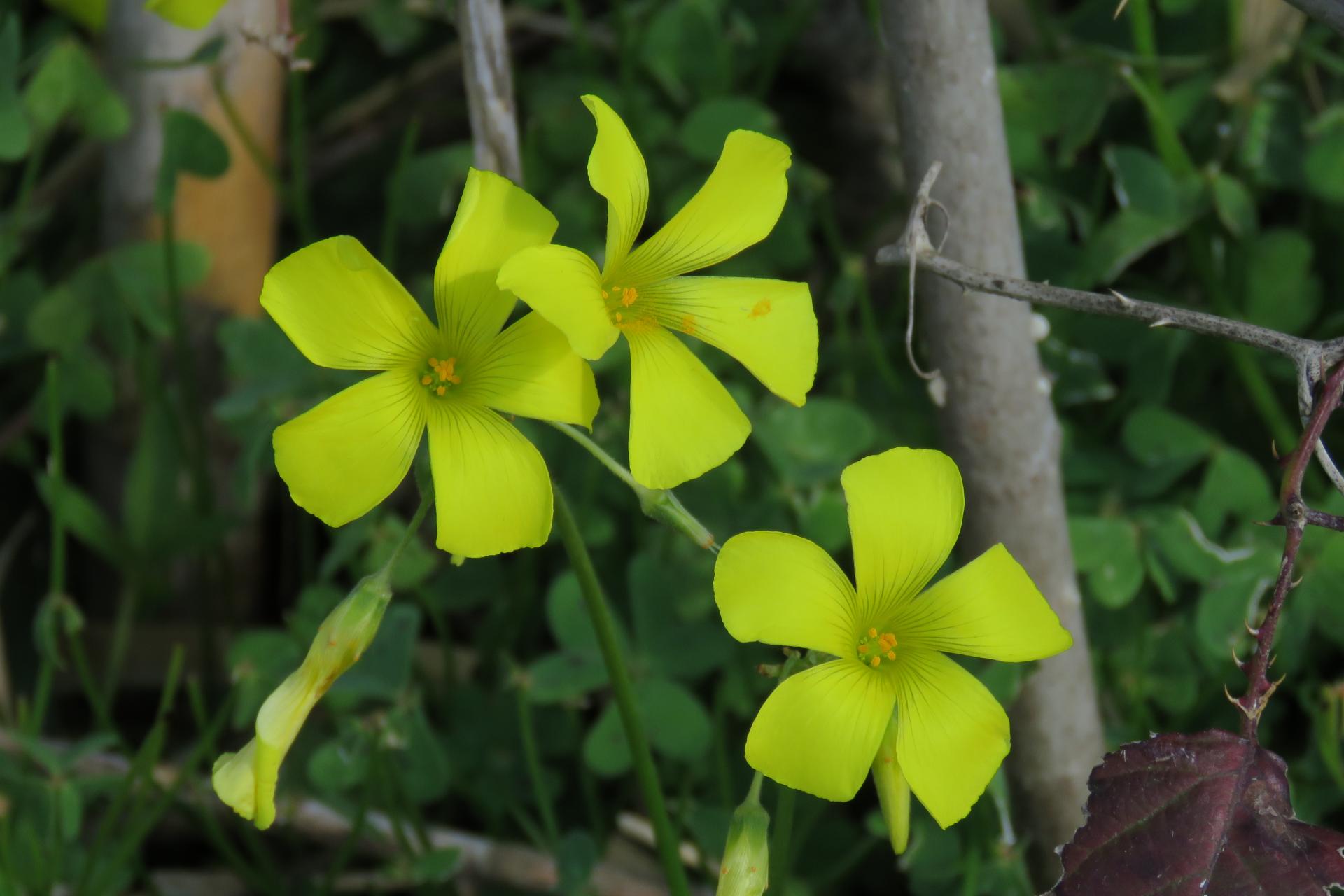 My guess was she had spotted a Marsh Frog or perhaps a Majorcan Midwife Toad, but whatever it was, it had caught her interest and brought her down to ground level. It looked quite odd seeing a large, upright brown shape with a cream-coloured head sat amongst a sea of yellow. I have also enjoyed looking down across the fields from the balcony of the finca in the Boquer Valley, and seeing the fields awash with buttercups, and scanning along the edges for any Stone Curlew that may be tucked away.

Orchards, vine yards, crop fields, grassland and even urban areas can see this species thriving, and can go by a number of names such as Bermuda Sorrel, Buttercup Oxalis, Goats Foot, Soursob and even Sourgrass. In modest quantities it is quite palatable to livestock, and has been used in many ways as a source of oxalic acid, as food, and even in folk medicine. The raw bulbs have been used to treat Tapeworm.

They have lateral underground runners which tend to be quite fleshy with the golden petals used to produce a yellow dye. It can certainly be an invasive species despite its eye-catching colour, and digging the plant up inevitably leaves some of the bulb behind which can quickly grow again. Flowering from December to May, these small plants belong to the Rannunculus family and surprisingly, are not related to buttercups at all. 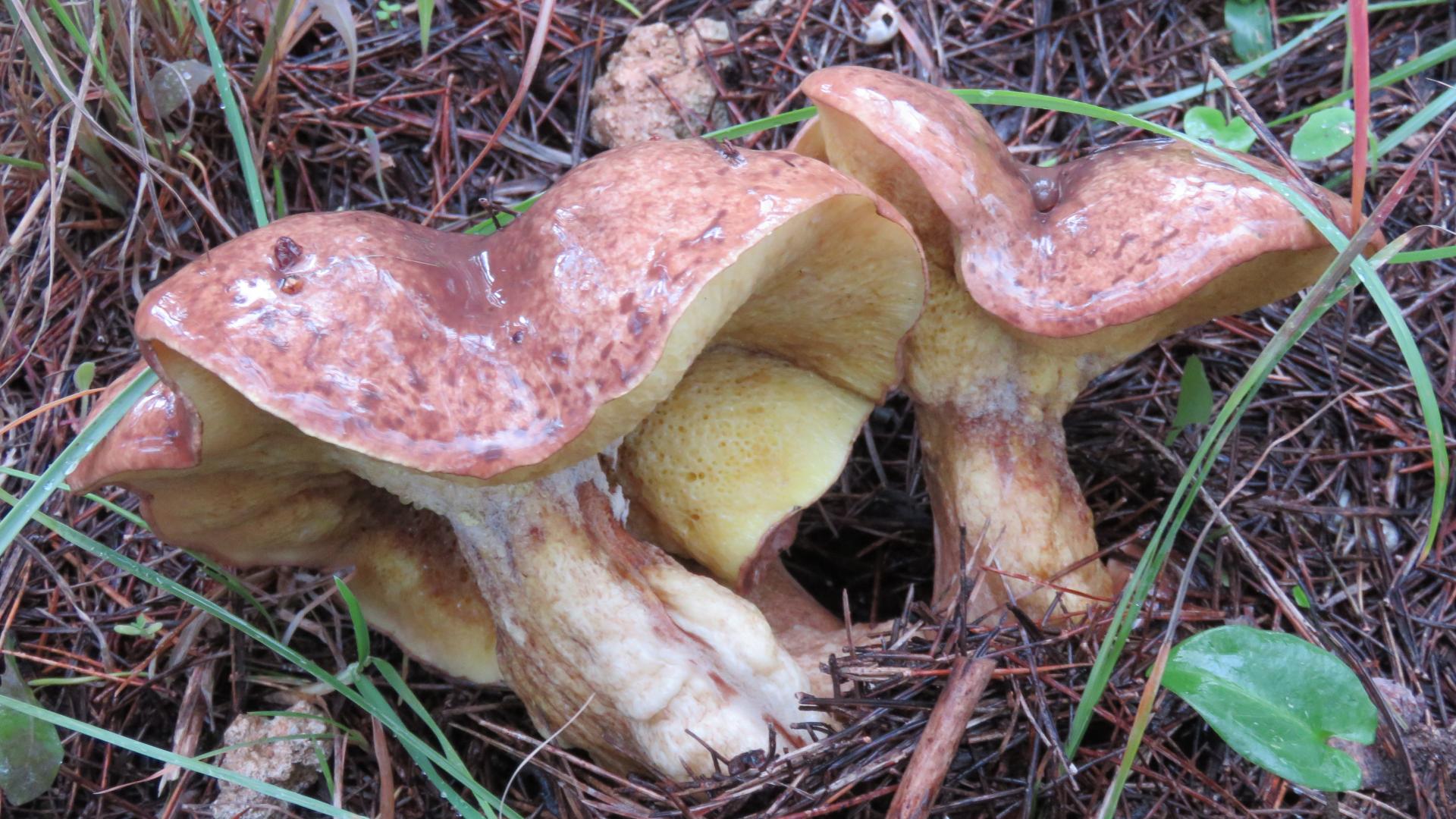 Some of the Turkey and Holm Oaks will see Curtain Crust fungus growing along their trunks which doesn’t particularly cause them any harm, and in some of the Pine areas the large Milk White Russula can be seen, growing as a single specimen and sanding out amongst the rotting pine needles. Son Real has proved a reliable site for this species in the past.

Here and there, Marasmus’ may be seen growing tightly together on a fallen twig, and can be both small and easy to walk past. But one group of fungi stand out, not just because of their size, but because they can form large groups and have some striking colours. These are the Boletus fungi group. My picture is of a possible Bovine Bolletus or at least from the group known as Suillus? This particular group I took a photograph of, were growing underneath the Pines at the Albufereta Marsh, halfway along between the two dry-stone walls (made from the local volcanic rock), just before the open area leading to the bird hide.

The name Boletus is derived from the Latin term ‘boletus’ (mushroom) and Ancient Greek ‘boletes’ (lump or clod). With only a few exceptions, this group are mycorrhizal partners with trees. Some can be quite choosy about their mycorrhizal partners while others associate themselves only with a group of related trees. Because of the diverse range of species, identifying them ranges from easy to very difficult, and having fresh mushrooms, preferably those that are young and mature will help. Either way, in some winters, they can be in abundance and really stand out.

Personally, I only admire the fungi I see, I don’t eat any I see in the wild, and recommend no-one else does, just to be on the safe side.

The winter birdwatching on Mallorca continues with some good sightings as we speak. One realiable winter visitor here - the Chiffchaff (Phylloscopus collybita) sees the genus name coming from two Greek words - Phylum meaning leaf and refers to its green plumage, and Scopeo, the verb ‘to see’. 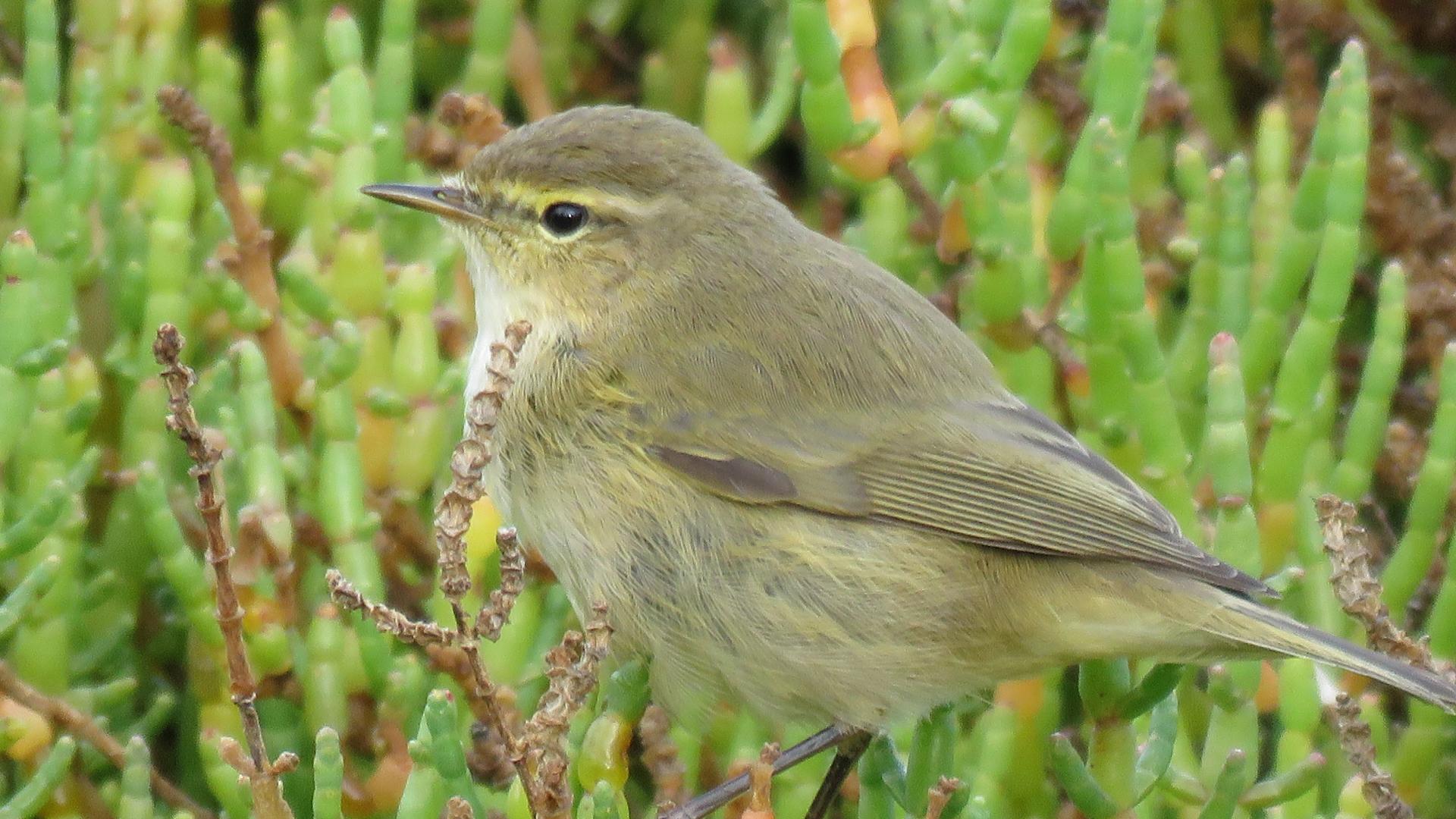 The genus names comes from the Latin noun ‘collybus’ which means the business of money changing. However, it gets its name, Mallorca will see them all over the island in the winter. In fact, in a typical day I would lose count of how many I see - sometimes every bush seems to have at least one feeding inside. Sometimes you can get quite close to them when they are feeding, as they are active trying to find insects to eat, and can get a bit carried away. My picture here for example was taken from the Bishop 1 hide in the Albufera, where it was feeding amongst the Glassworts, about eight feet from the hide and not at all bothered by my close presence.

Adults are brownish-olive above and dull pale-yellow below, which shades to a buff around the flanks. Overall, they tend to have a less yellow tint. All forms have the pale-yellow supercilium (eye stripe), a pale eye ring which contrasts with the dark eyes (again distinguishing it from the Willow Warbler) and dark legs.

The call is a monosyllabic ‘hweet hweet’ but even during the winter they can occasionally be heard singing, and the distinctive ‘chiff-chaff-chiff-chaff’ call is how they get their name.

They are a very active bird and are always flittering about in the vegetation where they are searching out insects for food. They are a very small bird weighing in around 7 - 8g with a wingspan of a mere 15 - 21cm and a length of 10 - 11cm, but what they lack in size they make up for with bags of character.