A New Year in Mallorca

Sitting there sharing stories made me feel hopeful and happy

Oh my god you are that Jessika, you are famous then” she said as she smiled at me. I met Sophie at a friend’s house in Biniarxi last weekend. I had to be honest, I had never thought about myself in that way. Who would have said a year ago that I would be having my own column in the Mallorca Daily Bulletin? And that people I just meet would recognise me and tell me they appreciate something I wrote.

I had spent the past 4 days indoor because of the fog and low clouds, as I am a weather sensitive person, my mood was as good as the weather. Driving from the Palma side through the tunnel up to Soller, leaving all the fog and low clouds behind was a very special feeling. Coming out on the other side and seeing sun and clear skies over the Soller valley was truly amazing. I felt like a tourist that had spent a winter in the dark and travelled from the Nordic countries and finally got to see the sun again.

Meeting new people and being able to socialise even if outdoors, at a distance and with masks just in case will be my new hobby. It felt strange at first, almost unreal but amazing. I got to hear the story about when Sophie and her husband Paul moved to Majorca in 2020, how they rented a beautiful old stone house full of guestrooms and with a lovely pool area that had loads of space for their expected guests, and how the pandemic destroyed their plans. They got cancellation after cancellation and even ended up in the lockdown without knowing many people, so they were pretty much on their own. Still, they decided to stay and have now bought a property in the village.

Another couple was telling us that they had arrived on the island in a caravan and drove it around until it broke down in a parking lot in Soller. There and then they decided that fate had decided that Soller valley should be their hometown from now on, and after some looking, they found an apartment to rent there. So many people with so many good stories and good intentions. Sitting there sharing stories made me feel hopeful and happy.
So how to make 2022 an awesome year? Some people stop drinking, others go for extreme makeovers and remodelling of their homes, others re-invent themselves. Personal trainers, healthy food and life coaches will be busy this year I believe. So much has happened to people and so many need changes in their lives. 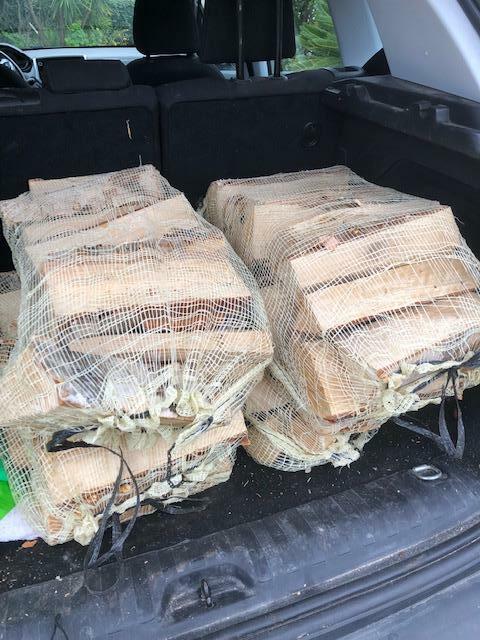 First week has been a rocky to be honest. We got a message from my daughter’s dance school saying that all must present a covid passport or a negative test to enter. I decided I had to put my foot down and called the owner to say we will not be attending, but then my daughter asked if she could have the vaccine as well, so we ended up rushing to Palma and queuing at the Covid bus to get her first shot. It took some time, but it worked out fine. “Mum now we can travel again, right?” She said after the first jab. “We will see what the year brings,” I answered.

One of the things that makes my mood better is a warm home and it’s not so easy on Majorca in January. Especially not if you live in the countryside and have used up all your dry firewood in the warmest December ever. I have solar panels and a faulty generator that works sometimes. I was therefore happy when I called a fellow Swede who among other things does transport to and from the island and when he has space put some quality birch firewood in his truck. Yes, he had 5 sacks of birch wood ready and cut for me to collect. I was probably the happiest woman in Palma. When I got home I could not wait to light the fire. Two sticks of birch wood as a fire starter even made my sour pine wood spark! As the house is warming up I feel positive again and must agree I am a very lucky person!