Sometimes I hear about people after my own heart. I was listening to Desert Island Discs and the interview with writer and broadcaster Simon Reeve. Simon had a ’Nan’ rather than a ‘Grandma’. She was mischievous, adventurous and up for a laugh. (This is my definition of a ‘Nan’ too and why ‘Grandma’ doesn’t cut it for me.)

Simon’s Nan used to take him and his brother on day trips in a very basic car. From their London base they often went on a ‘left’ or ‘right’ outing. The rules were you drove along and then took a random right turn to see where it led you. Pick up the main road and turn right again a few miles later. The discoveries this trio made were delightful and they got to know their back lanes very well.

Not to be outdone by that ‘Nan’ I followed her footsteps and we went on a ‘right turn day’ just to see where it led. We began on the main road ‘Desviament’ which leads from the Port to the Tunnel. The first ‘right’ we encountered was signposted Deya and that’s where we headed.

This is always a glorious drive in winter without coaches on the road. The sun was shining and it was a ‘glad to be alive’ day. First right we encountered was to Llucalcari. This is a much favoured hamlet of the area which meanders its way down to the sea. A ghost town in January but the reason it is chosen as a second home and holiday destination is easy to see. A lovely wander through the village was our pleasure. 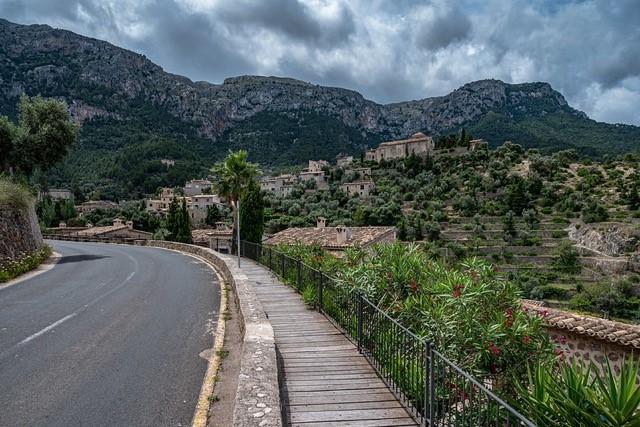 Moving on the main coast road we hit Deya and turned right. Up, up and away through the winding streets to Deya Church and its new car park. A wander round the churchyard, the famous cemetery and the views across the valley make this a favoured trip. Usually we walk from the main road up to the Church but on this mission we had to turn right in the car (as it was in the rules). Have to say I am not sure if we were really allowed when we did this but hey - Nan’s make their own rules don’t they? 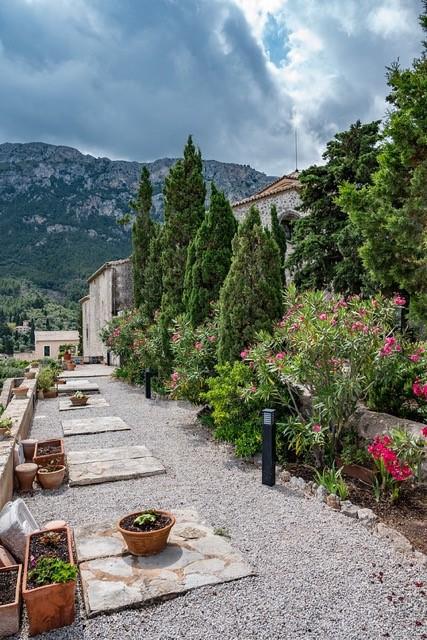 Driving down from the Church onto the only road we turned right towards Valldemossa. This journey is an outing in its own right when the sun is with you and the scenery inspires. The winter light has its own magic and casts its spell on the chatter. Then we arrived at the crossroads where it was Banyalbufar to the right and Valldemossa to the left. No contest we knew the road we should take.

We debated if life would be simpler if you always followed the rules. Today the only rules were ‘turn right’. We decide that following the rules depended on respect for the rule maker. (I think Boris has taught us the folly of that one.)

The road to Banyalbufar from this point is a wonderful journey of trees, woodland and vast space. We were the only people on the road for the full route until we reached the roundabout. At this point, a coffee stop, (in a flask – no cafes here) made us review our decision.

Although the route was prescribed we now had a choice which was influenced by the afternoon getting slightly darker and colder. To continue to the right would have taken us down into Banyalbufar and any right turn would have been up mountain paths.

Yes, you’ve guessed it, we decided to turn left and come home via Esporles and on to the main Soller road back to the tunnel. All rules work well up to a point but sometimes you just have to decide not to follow them. 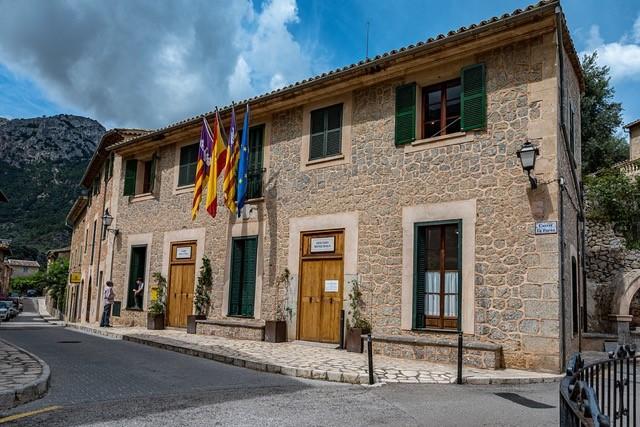 We had the best day and a great chat about the direction of the day and what this means for all the decisions of our lives. ‘Right or left’ was an arbitrary, fun project but it led to some far reaching discussions on decision making.

The granddaughters in the car are making decisions all the time now. Exam subjects, University courses, where they want to live for their working life. Huge decisions being made every day which will have far reaching consequences.

A simple day out – just turning right – was a fascinating journey into ‘what is round the next corner’ to ‘what do I want to do with my life’.

Let’s all turn right and see what’s round the corner this month. I wonder what we will see, experience and talk about.

It's not fair, long queues for taxis at Palma airport

It's a washout in Magalluf but not for long!

Fears of flight delays to Mallorca this summer