Humans of Mallorca wake up to a whole new community…

The time has come to be bold, get out of that front door and smile

Since the evolution of Ex Pat arrivals in Mallorca the stories have struck a chord between amazing and boring. So many reasons why people came to live here and what happened to them all. Some came here on holiday and met the person they would marry.

Waiters, potato farmers, business tycoons all fell in love here and this was in the ‘pre tinder’ days. Introductions of the time were often of the ‘I came on holiday, married a Majorcan or a Spanish partner and stayed’.

Then there were those who came here in early days tourism to work for the fledgling tour operators. Some of them either married each other and stayed, or met their partners here. The evolution of the English speaking crowd, who are now the grannies of the island was underway.

Pockets of other nationalities settled in many parts of the island and the Calvia region still has the largest number of English speaking settlers. The Town Hall in Calvia was one of the first to recognise this and develop their English speaking section.

To be an English speaking resident in the Soller Valley is an altogether different matter and still causes administrative difficulties.

So that was the past and in those early days many were ‘joiners’. The Cricket Club, ESRA, the Anglican Churches, Golf clubs, Rotary were all places incomers went to make their connections. They were all great fund raisers and worked hard for local charities alongside their prolific social events.

Today, as 2022 begins, what is the life of the incomer? In my own Soller Valley world the difference is dramatic and unique. We have never lived in a pandemic before which locked us up for weeks and then made us suspicious of our germ carrying neighbours. We were not aware of what was going on with others in the neighbourhood unless they shared info on social media. We are only just beginning to understand the demographic changes which have occurred while we lived behind closed doors and watched Netflix. 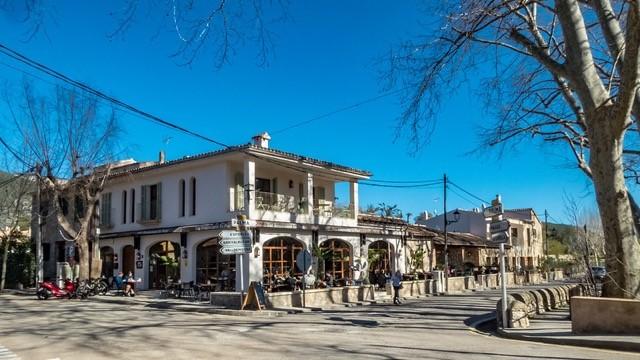 The first shock to me was how many people have just upped and left. Sold their houses easily and returned to the UK and other places. The pandemic made them evaluate their lives. Their decision was to be locked down amongst family and a language they fully understood. It was all too hard for them to remain in Mallorca.

They didn’t believe that life would return to the kind of normal they wanted, when the pandemic first stages, were over.

The pandemic effects, including how the future deals with mutant strains, which might affect unrestricted travel, was too hard to think about. They felt that their aging needed to be done nearer their original home. Grandchildren born in the pandemic and living back in the UK was another huge pull for many of these people. Easy travel backwards and forwards was no longer guaranteed and changed their long term mind set completely.

As many left, some without even saying good bye, their place has been taken by many new people. They have all slipped in, bought houses and negotiated a new lifestyle without even causing a ripple. They are not recruiting a club scene to get involved with and Rotary and Esra meetings are not currently on their agenda.

Most have young families and their concentration is much more around the school gates and day to day life. No-one laid out a red carpet for their arrival and it is only now we are getting to know a few of them.

While no-one was looking this group are just evolving their 2022 post pandemic life. The don’t need the infrastructure that other groups have enjoyed as it wasn’t available to them when they arrived. The meet ups and invitations to join for a coffee or an early evening drink just hasn’t been around for two years. 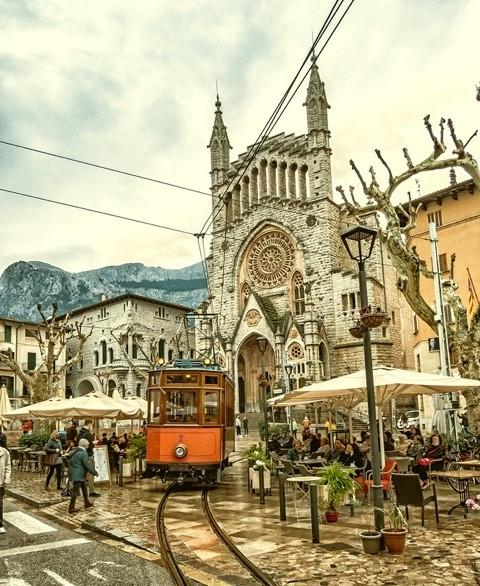 Some of this group are recognising that there is more to life here than they have encountered so far. Walking groups, language exchange meet ups and sporting interests are building once again. A few of the newcomers are tentatively reaching out to see if they have landed in a like-minded world. Are they recruiting new friends?

I don’t know the answer to that one because that certainly wasn’t their expectation when they arrived to the odd pandemic world of the Soller Valley. Some of our local friends are only just coming down from their mountain hideaways and touching ‘downtown’ again.

The future for those of us interested in our small world is to just chat and be friendly to all. An English voice at a nearby table in Soller used to indicate a visitor to town. Now it is just as likely to be a home owning family living down your street that you have never met before.

The time has come to be bold, get out of that front door and smile. Talk to all who will engage with you and welcome our new friends to the Soller Valley or any other part of Majorca they have arrived in. So many friendships, experiences and quality of life is just waiting there to be resurrected.