Sardines - One of the week’s best fish bargains

The sardine season is from June to November but they are available all year long. | MDB files

If there’s one thing budget conscious Mallorcan housewives have learned with the passing of the years it is that prices are much lower at the Plaza Pedro Garau than at the city’s other municipal outlets.

This market, about a 20 minute walk from El Corte Inglés in the Avenidas, has two outdoor areas on Tuesdays, Thursdays and Saturdays, at which farmers from inland villages sell their own produce.

As no middlemen are involved, vegetables and fruit are the freshest and cheapest you’ll find in Palma and its outskirts.

The prices of every product is right at this market and people who shop there every day, or do a big buy at the weekend, save quite a lot of money if fish and meats are included.
And there’s nothing down market about this market.

When Koldo Royo had his Michelin star restaurant in the Paseo Marítimo, he used to buy some of his fish there.

The quality is as good as what is available at the Mercat d’Olivar, Palma’s largest municipal market, but the prices are much lower. For a restaurant, that makes a considerable difference at the end of the month.

I once went with Koldo to the Pedro Garau market to do a report of his Saturday morning shop and I got some great shots of him buying enormous fish and milling with the multinational crowd at the veg and fruit stalls.

When I took the camera card to the photography shop we discovered it had developed a fault and couldn’t be opened. I was able to use the card again — but only by erasing everything.

So I lost all of the Koldo shots plus more than 400 others. And we never got round to repeating the shoot.

Last weekend, as always, there were some great buys at the Pedro Grau market — and one of them was locally caught sardines at €2.50 a kilo. The last time I saw sardines at the Mercat d’Olivar with such a low price, was a long long time ago.

The sardine season is from June to November but they are available all year long. As they are at their biggest and plumpest during the summer, Mallorcans frequently chargrill them on the balcony or the terrace. 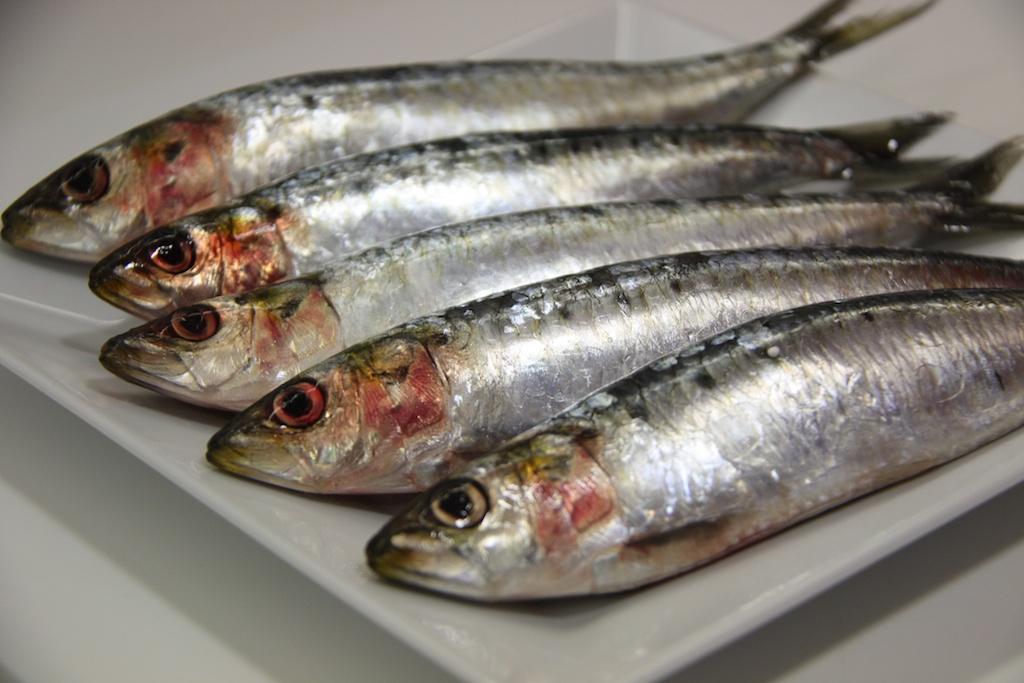 Sardines grilled on the beach are a speciality of some restaurants along the Andalusian coast, particularly in Málaga.

I don ’t know of any Mallorcan restaurants that do sardines on the beach during summer, but some of them chargrill sardines and other fish on their sea view terraces.

In Málaga the sardines grilled on the beach are done by the ‘espetón’ method. The ‘espetón’ is a skewer made from a piece of cane about 30 cms long and sharpened at one end.

The pointed end of the ‘espetón’ goes through the middle of the sardine and across the spine bone. They are then held in a horizontal position. 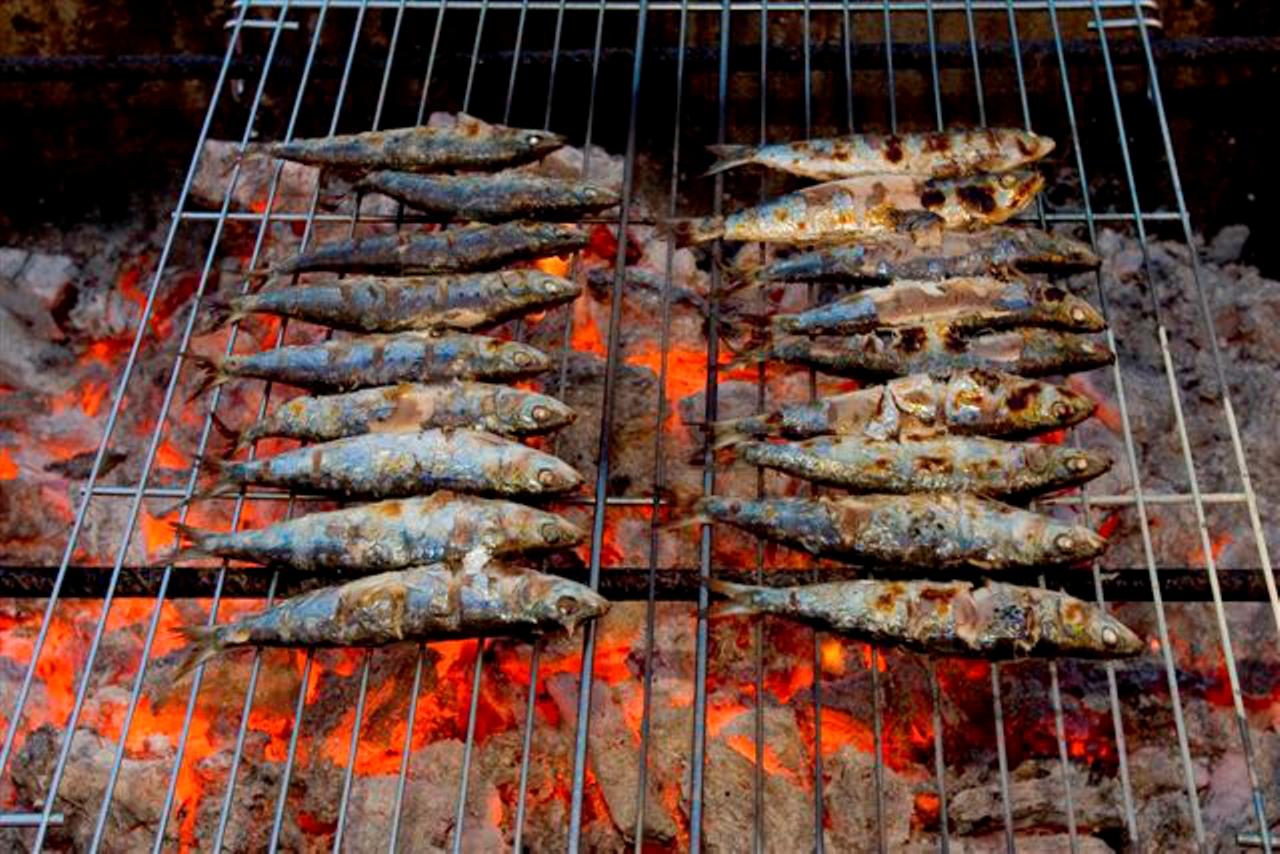 You can eat grilled sardines with a knife and fork but no true aficionado would do so. Grilled sardines are finger food par excellence and the method is sheer simplicity, although it is a little messy.

The sardine is picked up with the fingers of both hands and the flesh is nibbled off as one works one’s way along both sides, as if playing the harmonica.

The real connoisseurs crunch their way through the head and the spine bones, extracting every drop of essence from them.

When I eat with a Mallorcan friend who is one of the initiated, he will get through a dozen sardines and the amount of debris on his plate wouldn’t fill a tablespoon. 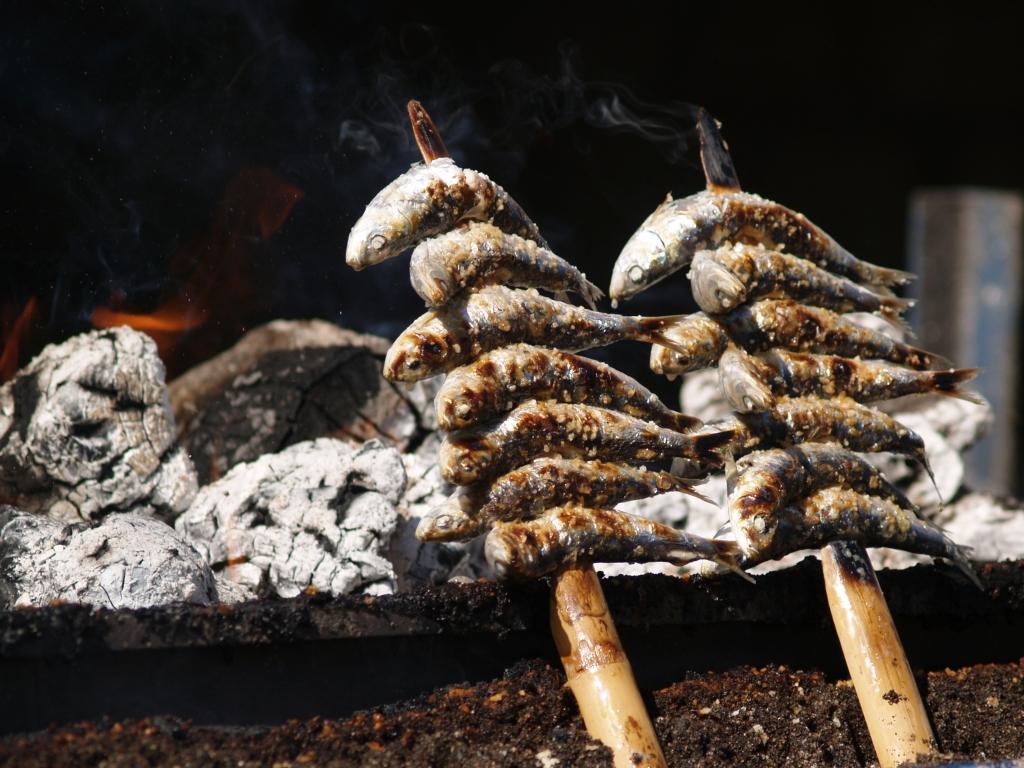 There is no need to eat heads and spine bones if you’d rather not, but you will enjoy the sardines more if you get into the spirit of the Andalusian lifestyle and eat them with your fingers.

I once saw an Andalusian give some northern friends a lesson in how to eat grilled sardines.

They were the large Galician kind (locally caught sardines are much smaller) and he took one and held it with the fingers of both hands.

With his thumb, he scraped off the scales and skin and ate the flesh harmonica style in a matter of a few seconds. He did the same with the other side.

The smaller sardines disappeared even more quickly. He held them up by the tail, bent his head back, and then ate them as if they were asparagus spears. He left absolutely no debris.

Some Andalusian cooks gut the sardines but leave the heads intact and then soak them in brine before grilling them.

The cooking times are spot on and the sardines flake instantly when touched by one’s teeth. The flesh is succulent, tastes of the sea and the strong heady flavour of the sardine. This is sheer ambrosia of a most earthy kind. 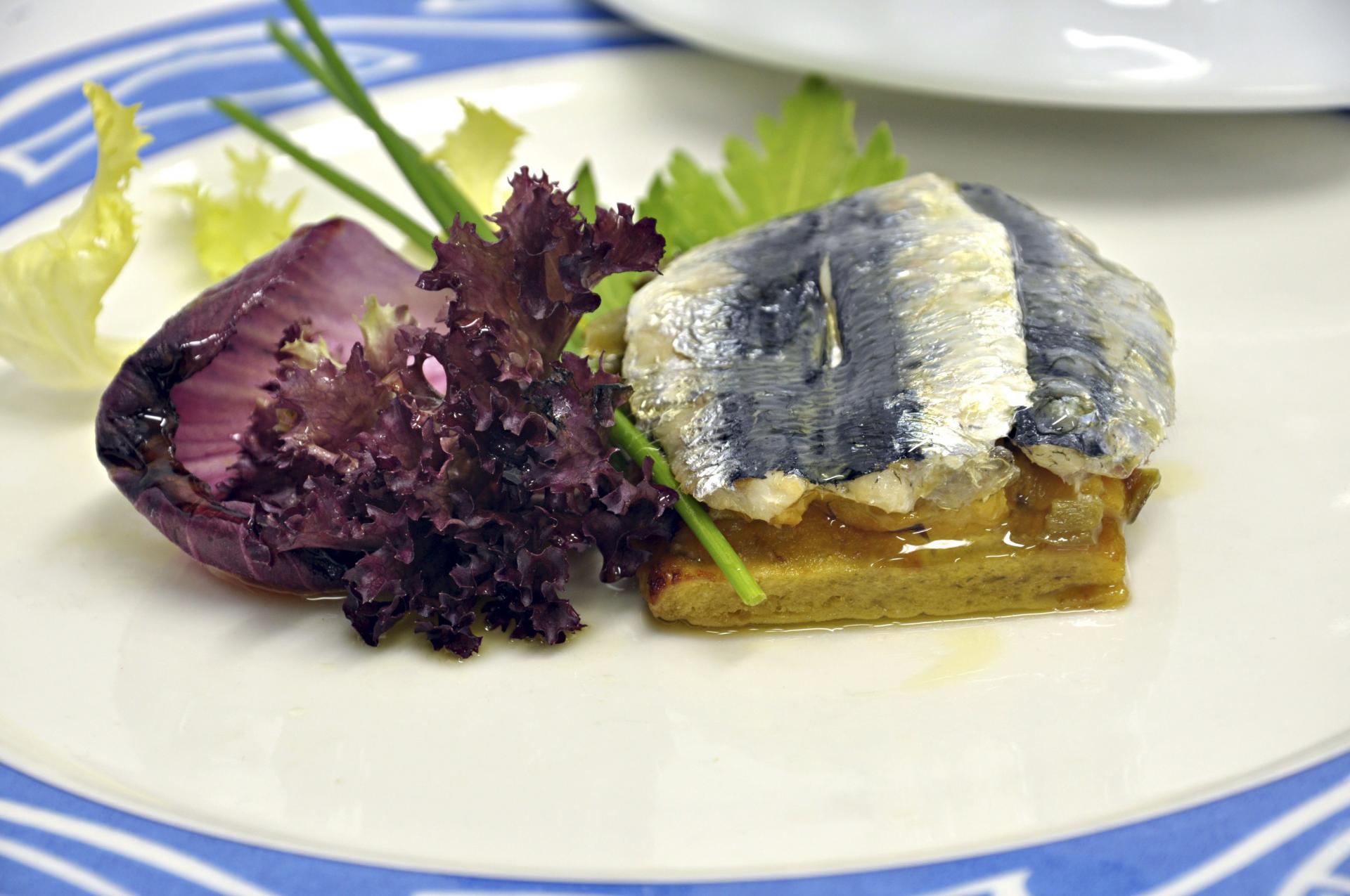 In many parts of Spain, small fish like sardines are left ungutted before being grilled. This is the Majorcan way with a very popular fish called ‘gerret’.

When grilled over charcoal, the ‘gerret’ are sometimes left unwashed and ungutted. The scales and skin are easily scraped off the cooked fish and the flesh is nibbled, harmonica style.

Ungutted and unwashed sardines in Galicia are sprinkled with salt and left for an hour or two before being grilled.

The sardines are sometimes placed directly atop the dying embers of the fire, especially when they are being cooked on the beach.

At impromptu beachside ‘sardinadas’ (as such sardine-eating parties are called) slices of country bread often serve as plates.

There comes a moment when the bread has absorbed so much of the tasty juices of the grilled sardines that it becomes a nectareous delicacy in its own right.

Just as the grilled sardines impregnate the bread with its strong flavours, however, so they leave our fingers and mouths heavy with the taste of sardines.

Hand and mouths need a good wash after a bout with grilled sardines and even then the odour and flavour will linger on for some time.

There are some people (even Spaniards) who never eat sardines for this reason…not even with a knife and fork.

But for true sardine lover, odours are a small price to pay for the epicurean pleasure these small fish provide — and at such a low cost.

The strong lingering smell given off by grilled or fried sardines is one of the reasons why some Spanish housewives never cook them in their own kitchen preferring, instead, to have them at restaurants.

But there are ways of cooking sardines that cut down on the odour syndrome. Large sardines that have been gutted and washed can be marinated in lemon juice, salt and pepper and left for an hour or so.

Line an oiled oven dish with tissue-thin slices of lemon, place the sardines on top, drizzle them generously with virgen extra olive oil and do them in a preheated very hot oven for 3-5 minutes, depending on their size.

You can get filleted and butterflied sardines at the Mercat d’Olivar as well as the supermarkets of El Corte Inglés at around €10 a kilo.

They are absolutely splendid when dipped in a thinnish batter and fried in three centimetres of olive oil. They are also delicious (and odourless) when breadcrumbed and sautéed in butter.