Moussaka - A difficult dish to find in your nearest eateries

A Mallorcan friend whose job doesn’t allow him time to take long holidays, has to settle for week-long escapades to European capitals like Vienna, Rome or Berlin.

He usually comes across a dish he likes very much and he asks me if any Palma restaurants serve it. One year he was in Vienna and the dish he found was baked knuckle of pork.

There was a restaurant in the centre of Palma with a steady clientele of German residents and visitors, and I had it on my list of possible places to review. So I invited him to try it.

He most recently visited a couple of Greek islands and returned saying how much he had liked moussaka. Where could he eat it in Palma or some place in the immediate vicinity?

There’s no place I know of in the Palma area that does a good genuine moussaka. For some reason I cannot understand, Greek restaurants haven’t been able to put down roots here.

Several have tried but they didn’t click and soon closed. This was surprising because Greek food, like Mallorcan, is the absolute quintessence of Mediterranean culture.

That Greek restaurants didn’t grab Mallorcans was not a case of like poles repelling, it was more because Greek places started off badly here. Greek tavernas were a runaway success all over Europe in the 1970s because the food was good and prices were low. 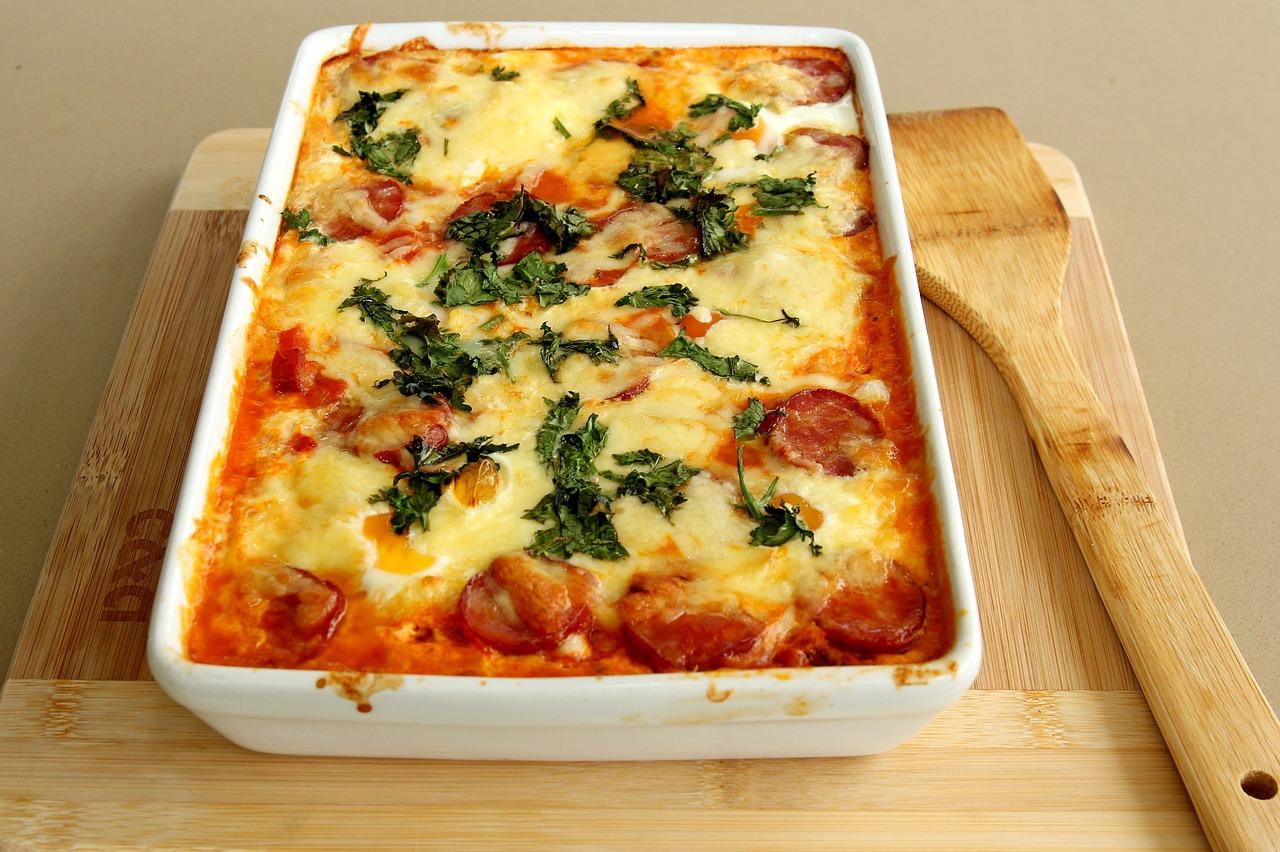 But the island’s first Greek restaurant, between Can Pastilla and Playa de Palma, was a swanky place with prices to match. It was a disaster and lasted for only a few months.

The concept we all had of Greek restaurants in those days was that they were tavernas (many of them called themselves by that name) where the decor was basic but the food was similar to what you would get in Greek homes.

A few places opened in the centre of Palma but they didn’t have the taverna image we were looking for and prices were a bit on the high side — especially for those who had eaten at Greek tavernas in England.

One place in Avda Argentina was run by a family with a pretty young daughter who was one of the waitresses and very simpática.

Towards the end of the dinner service, she changed into colourful long Greek dresses and she and her father put on a show of Greek music, singing and dancing with the traditional smashing of plates against the floor.

But that formula didn’t work for the centre of Palma and the family moved to premises in San Agustín, thinking their folkloric routine would go down better in a touristic area. But it didn’t and they soon closed.

The last attempt to set up a Greek restaurant came two years later when a Greek family opened a place in Calle Fábrica. 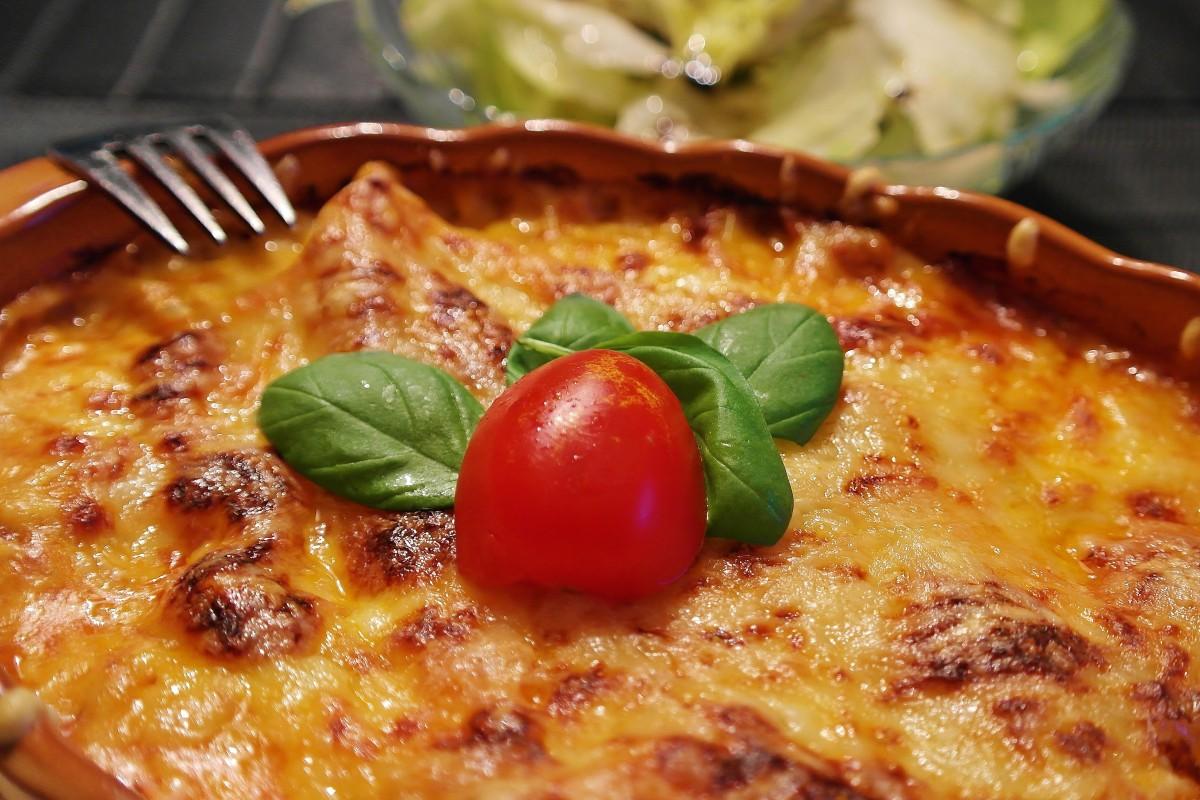 It was in the right place and it was the nearest we had had to a Greek taverna and I thought it had a good chance of being a success.

But the family had absolutely no experience (or aptitude) in running a restaurant and didn’t speak a word of Spanish.

Although they had an experienced cook who knew Greek cuisine and had worked at a Greek place in Barcelona, they quickly closed.

All Mediterranean cooking is firmly based on the triad of wheat, olive oil and wine, plus access to vegetables, pulses, fruit, fish and meats that are readily available throughout this extensive area. So it’s not surprising you get similarities in the cooking of all Mediterranean countries.

Italy’s foccaccia gets reflected in Mallorca’s coca de verdura, the Marseilles pissaladière, the Neapolitan pizza, and the open pastries with savoury toppings in Middle Eastern cooking.

Mallorca’s tumbet, the Provençal ratatouille, the Catalán escalivada and the Greek moussaka share obvious roots and cooking methods, as well as access to the enormous pantry that is the Med’s fields and hills.

As I don’t know of any restaurants serving a good moussaka, I decided to give my Mallorcan friend a recipe so he can make his own.

It’s a simple dish and even a complete novice should be able to make a passable version if he (or she) follows the instructions carefully.
Moussaka is one of those dishes for which there are many names and it is eaten throughout the Middle East, not just in Greece.

The Greeks, however, claim it as their own and it is certainly the most travelled of all Greek dishes.

There are also Arab and Armenian versions of moussaka and the name is Arab, not Greek. Some food historians say that perhaps the Turks copied the dish from the Greeks and gave it an Arab name.

But if that was the case, whatever happened to the original Greek name? No one seems to know. Perhaps, for once, the Greeks didn’t have a word for it. 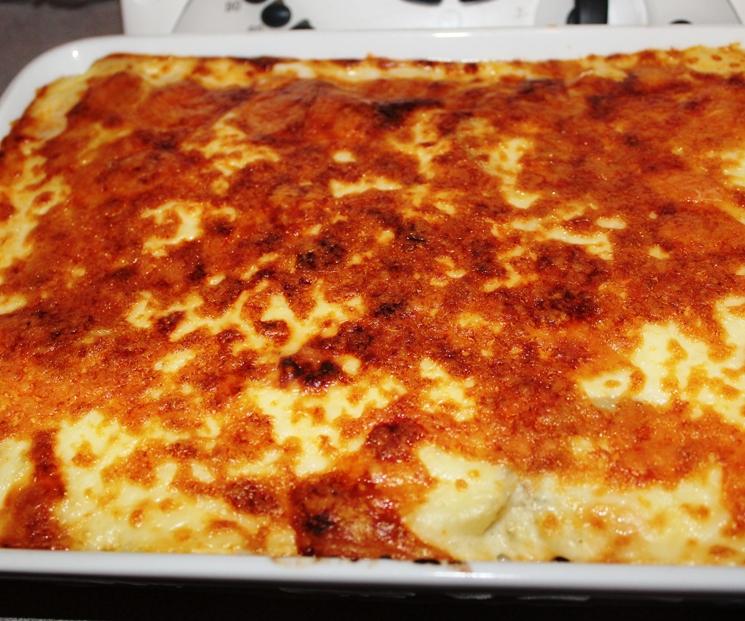 A good moussaka depends very much on the flavour of the aubergines, so be sure to get Majorcan ones because they are by far the best. 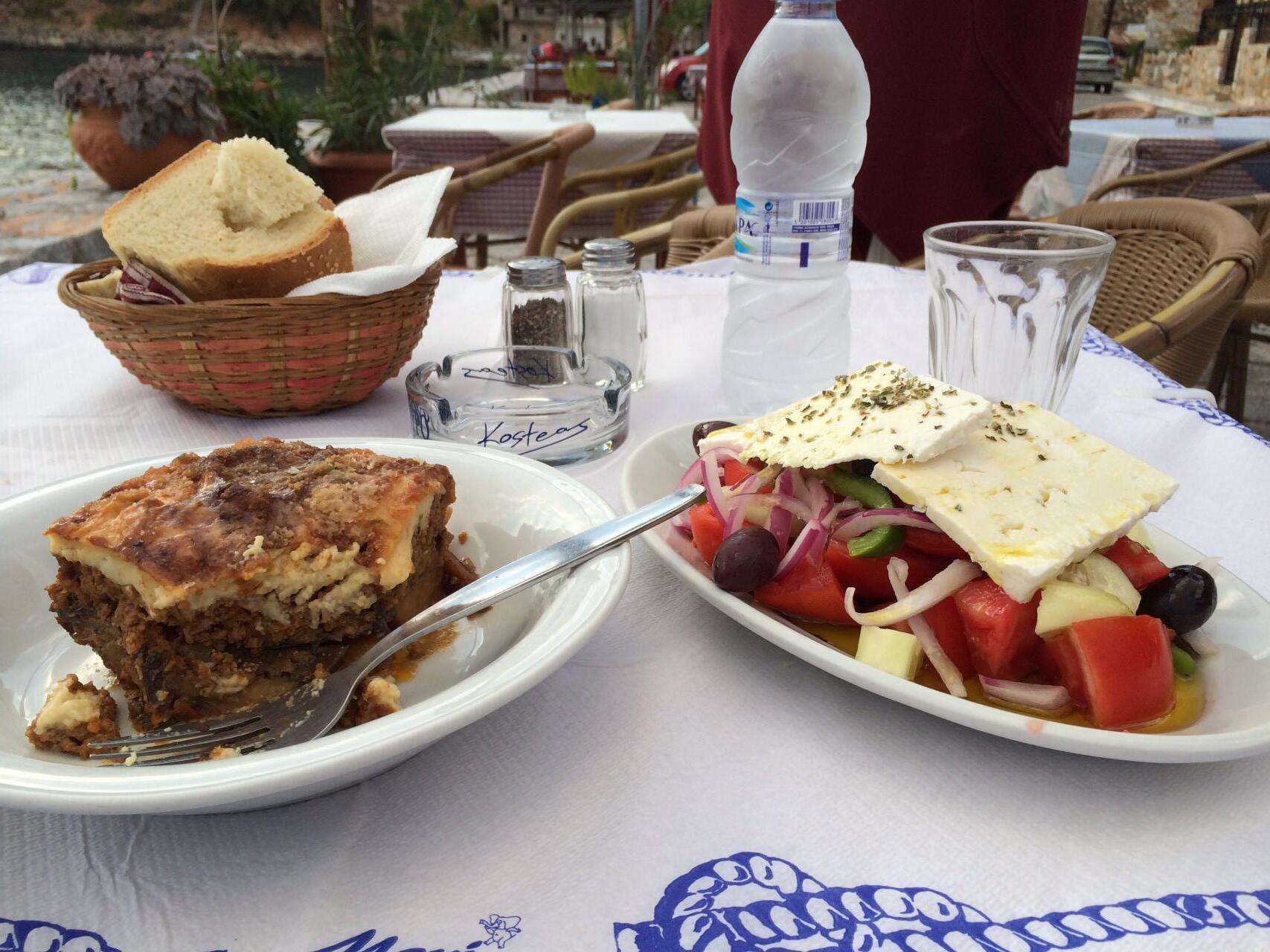 Top and tail the aubergines and slice them lengthways into strips of about half a centimetre thick. Sauté them immediately in some of the oil in a large frying pan until they are of a deep golden colour on both sides.

As each slice cooks, transfer it to a plate and add another slice to the frying pan. Add more oil as necessary.

When the aubergines slices are sautéed add a little more oil to the frying pan if necessary and stir-fry the chopped onions over a lowish heat until they are soft.

Sauté the minced meat over a higher heat until it loses its pink colour, breaking up any lumps. Stir in the wine and add the peeled tomatoes, mashed with a fork or chopped, the cinnamon, oregano, salt and pepper.

Mix everything well, put a lid on the frying pan and simmer for 50 minutes. You can also transfer the contents of the frying pan to a lidded saucepan.

Stir the sauce from time to time and if it looks too dry add some stock or milk. When the sauce is ready, stir in some finely chopped parsley. 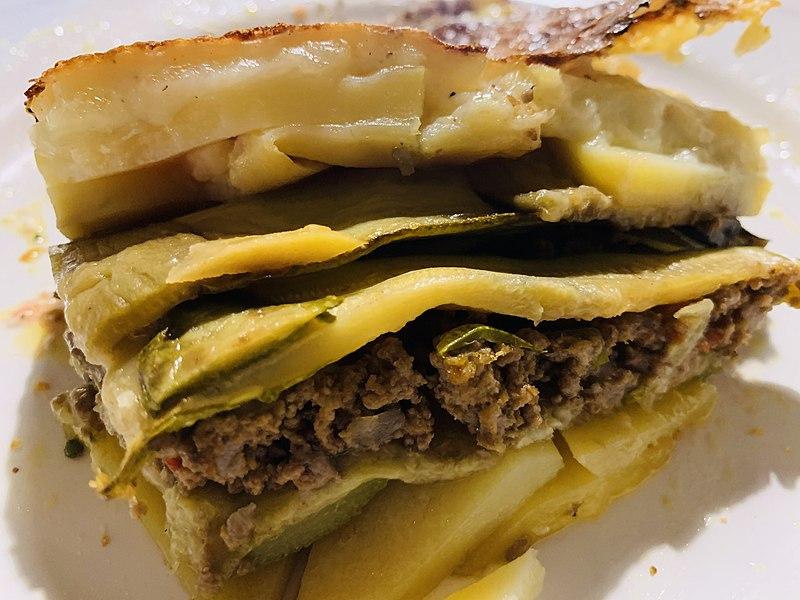 Make a bechamel sauce by melting the butter in a saucepan and adding the flour. Mix to a smooth consistency and cook it gently over a low heat for a couple of minutes, stirring all the time.

Gradually add the hot milk, stirring vigorously until each addition is absorbed by the flour-butter mixture. Add salt and pepper to taste.

Cook the bechamel over a very low heat for 15 minutes, stirring frequently. Take the sauce off the heat and add the grated cheese and the four egg yolks, stirring vigorously until everything is well amalgamated.

It should be a thick bechamel as it is meant to lie on top of the moussaka like a crust.

Cover the base of a deep rectangular dish (either glass, earthenware or metal) with a third of the aubergine slices, then spread a third of the meat mixture over them.

Do two more layers of aubergines and meat sauce and then spread on the thick bechamel sauce so that it neatly covers the surface of the dish.

Sprinkle on the extra grated cheese and finally the breadcrumbs. Bake it in a preheated oven at 180C for one hour or until a golden crust covers the surface.

Take it out of the oven and let it stand for 15 minutes before serving. It will then be easier to cut. The finished dish should look like a thick pie.

Serve it in square or oblong wedges which should be dry enough to keep their shape while still being nicely soft and moist.