There are plenty of stories about the origin of the madeleine, most of them obviously apocryphal

Palma and many of the inland villages and towns have bakeries that produce superb sponges, cupcakes and other pastries, some of them very local, others based on versions of pastries from European countries including France and Austria.

Some of Palma’s bakeries and pastry shops have been in business for more than 100 years and some of the inland bakeries have also been producing top quality cakes and pastries for donkey’s years.

What isn’t so well known, even among Mallorcan connoisseurs, is that the nuns of more than a couple of convents also bake and sell sponges, cupcDo akes and pastries.

The one I know best is right in the centre of Palma but nevertheless is tucked away in a narrow side street so that you’d never notice it if you were walking nearby. 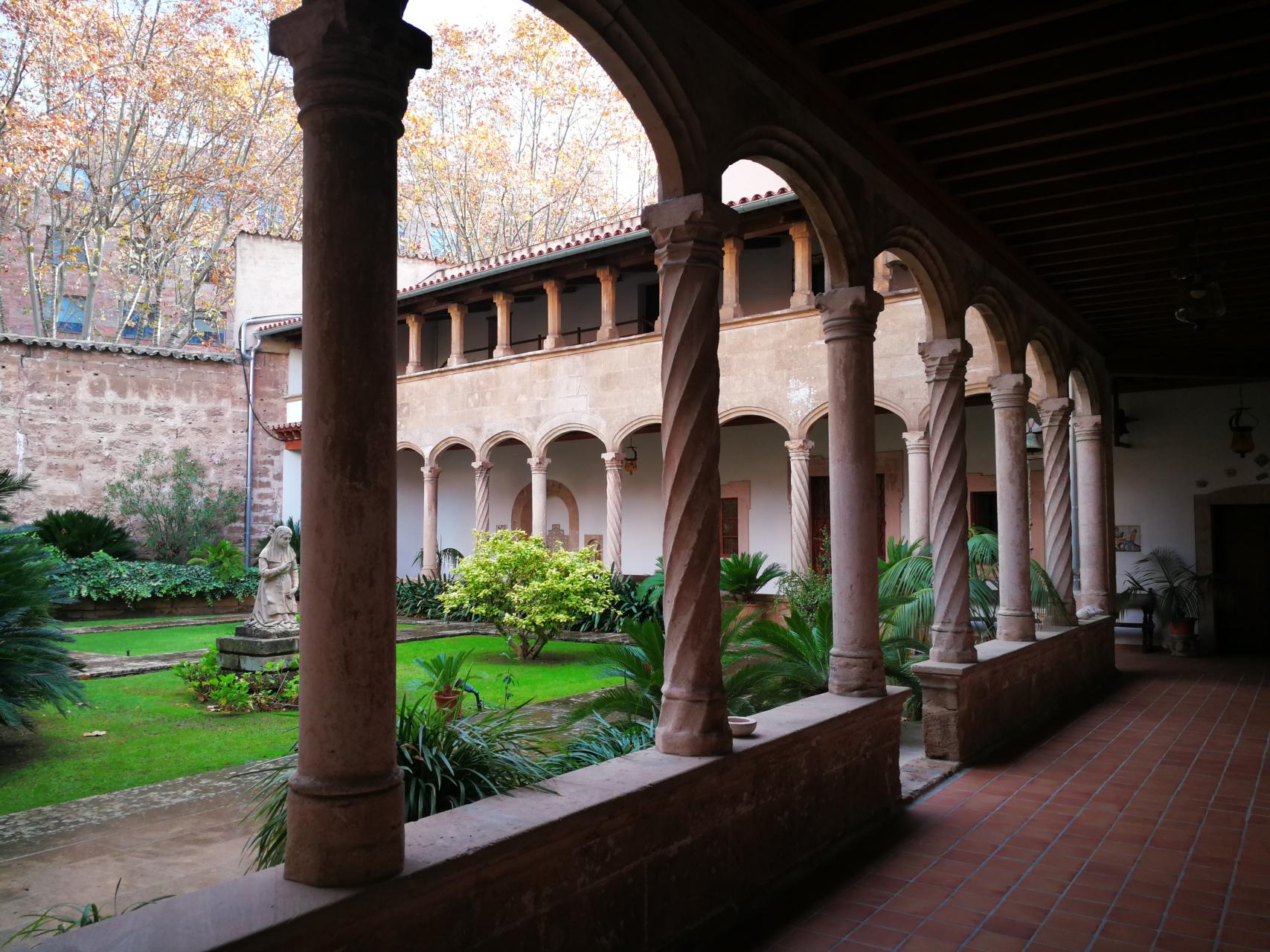 But you can find this convent easily enough if you walk up Calle San Jaime (next to C&A) until you come to the end of the street and the Santa Magdalena church.

If you swing to the left you are in a square called Plaza Santa Magdalena, but if you take a sharp turn to the right you are in Calle Beata Catalina. And just 20 yards along, on the left, you are at an entrance to the Santa Magdalena convent.

If you go between 10am and 2pm the huge doors will be wide open and you’ll see a kind of indoor courtyard. On the right is a small door that takes you into the convent’s little shop where all kinds of spongecakes and pastries are on sale.

Photographs of the produce are at the Calle Beata Catalina entrance and also in the shop, so you know exactly what is available. The money raised helps to pay for the upkeep of the convent. 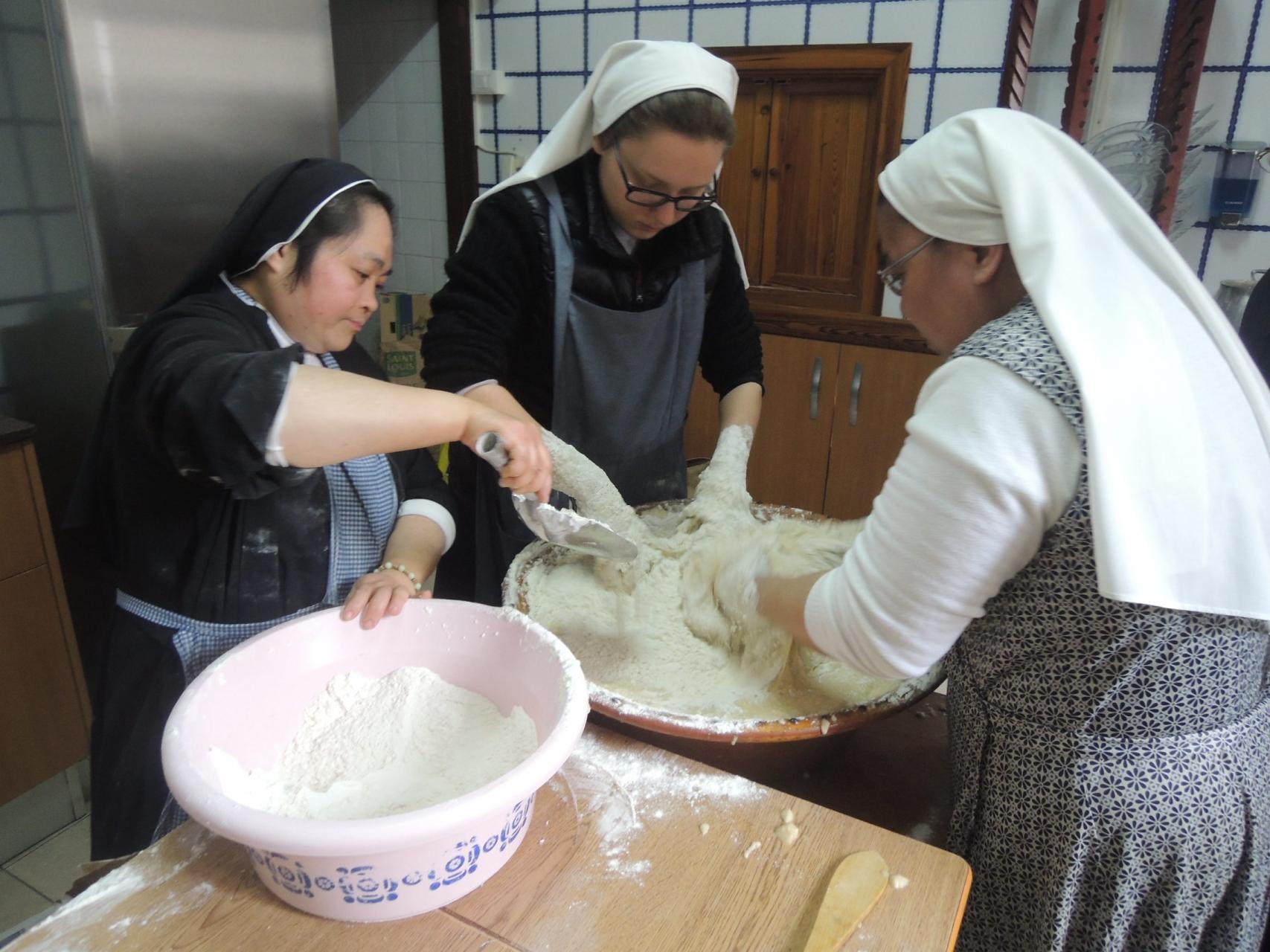 The nuns do meat empanadas of a generous size for €3 and although they have these pies very much in evidence during Easter, they do not make those with a lamb filling, which is the most popular one during the Easter holiday.

As I was eating at a restaurant in Calle San Jaime last week, I nipped into the Magdalena convent for some madeleine cupcakes. It’s appropriate the nuns make very good madeleine cakes because the Spanish word for this little cupcake is ‘magdalena’. A covered plastic tray holding six magdalenas costs €5.

The magdalena came from France and is the madeleine that made Marcel Proust remember things past when he ate one after dunking it into a cup of tea.

He thus helped to immortalise it, although it was well established long before he was born — and would have stood the test of time without his help. 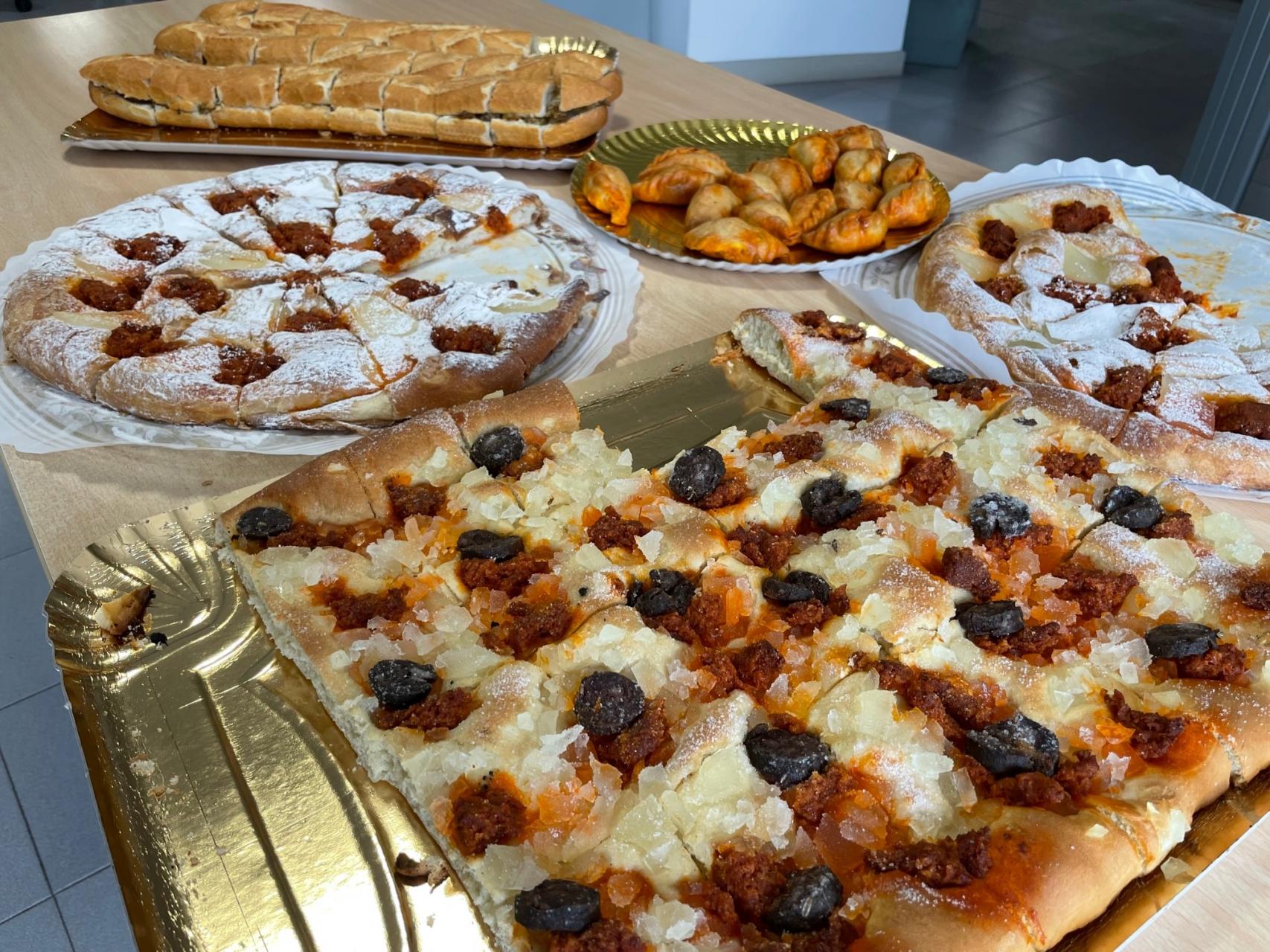 There are plenty of stories about the origin of the madeleine, most of them obviously apocryphal.

The Oxford Dictionary surprisingly gets it wrong by saying it is named after Madeleine Paulmier, a 19th century French pastry cook. The madeleine was popular long before the 19th century.

Some historians date the madeleine from the Middle Ages in Illiers, which was on the pilgrims’ route to Santiago de Compostela.

These madeleines had grooved tops reminiscent of the scallop shells pilgrims carried en route to Santiago.

The madeleine was certainly the kind of cupcake that was popular in convents and monasteries, so its origin could easily date from the Middle Ages.

As magdalenas are popular all over Spain as a midmorning and afternoon snack, there are recipes galore. I like this one from Aragón because it uses honey instead of sugar, thereby adding taste with sweetness. 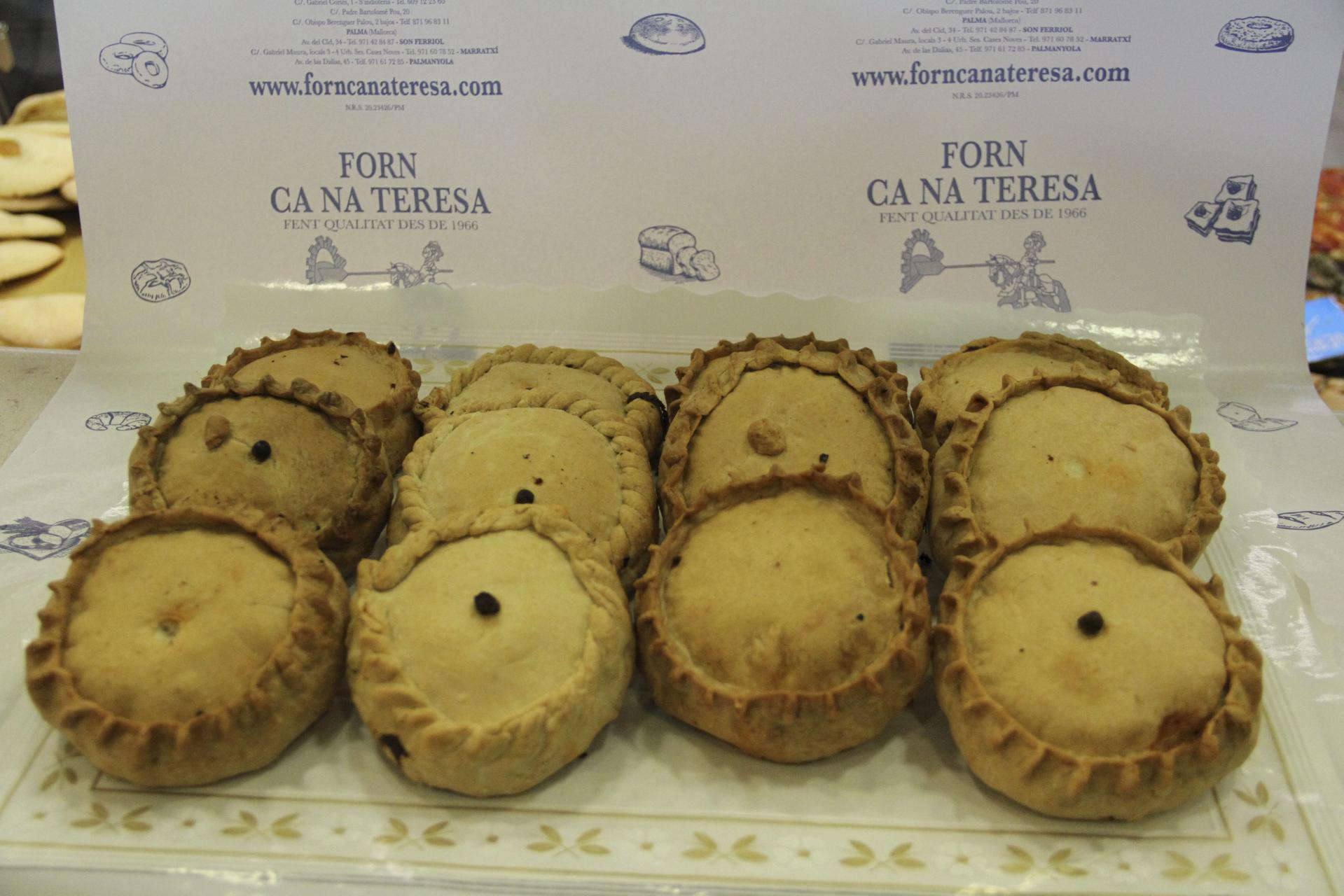 Separate the eggs yolks and the whites. In a deep bowl, mix the yolks and the honey and then add the butter and the orange blossom. Add the sifted flour little by little until you have a smooth paste without any lumps.

Beat the egg whites until they hold snowy peaks and fold them carefully into the mixture until it is well blended and with a sponge-like consistency. Fill paper moulds with the paste and put them into a preheated moderate oven for about 35 minutes.

Early cooks showed how clever they were by combining flour, eggs, honey or sugar and yeast to make spongecake.

They then demonstrated their inventiveness by turning out all kinds of different pastries based on this simple mixture. 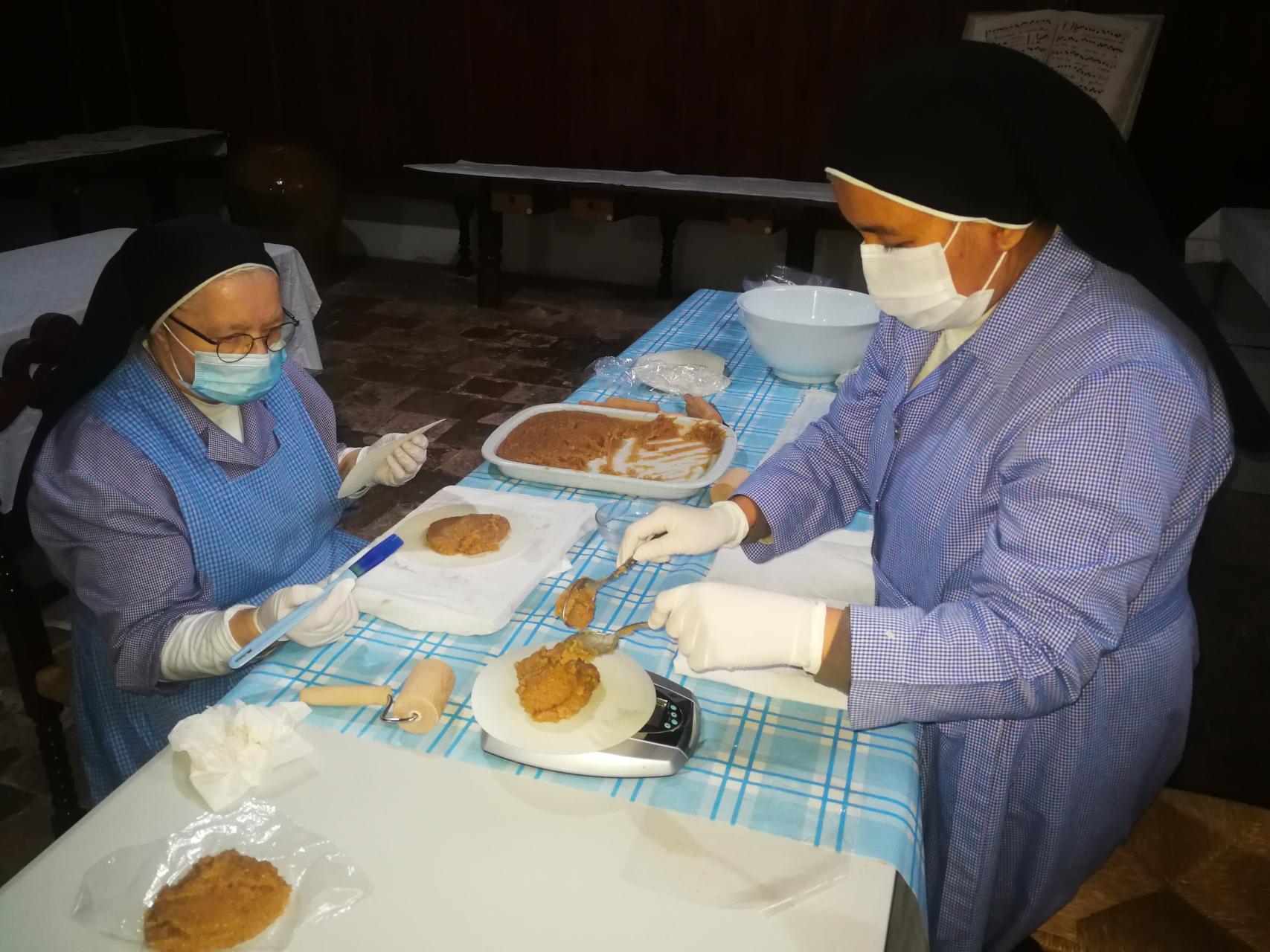 In Spanish regional cooking the basic sponge mixture is called bizcocho and from it comes many variations.

In Catalonia this basic recipe became the pa de pessic fromVic and it was made with eggs, icing sugar, butter, baking powder and a mixture of three parts potato flour to one of plain flour. It is made into a round sponge, cut into wedges and often served with a glass of sweet wine.

A bizcocho is often made into a rectangular shape and cut into squares that are soaked in rum, sweet sherry or liqueur. These are known as borrachos (drunks) because of the alcohol they have imbibed.

The borracho is the Spanish equivalent of the rum baba, a pastry that was invented by the royal gastronome King Stanislas of Poland. He named his favourite sweet after Ali Baba, the hero of the Thousand and One Nights.

They make a small rectangular bizcocho in Cantabria called sobaos pasiegos that contains 250 grs each of flour, sugar and butter, 3 eggs, a tablespoon of rum, grated lemon rind to taste, salt and two teaspoons of baking powder. The lemon rind and the rum give them an exquisite taste.

They are baked in a 180C preheated oven for only about 15 minutes. They should have deep golden exteriors and nicely moist on the inside.

Cooks in Aragón also make a rectangular pastry called bizcocho de Calatayud that is especially light and airy. It contains no butter and uses icing sugar instead of granulated.
For 200 grs of flour you also need 2 tsps of baking powder, 3 tbsp of granulated sugar, 125 grs of icing sugar, six eggs and a little olive oil.

Beat the egg yolks with the icing sugar in a deepish bowl until you have a nice frothy mixture. Beat the egg whites separately until they hold snowy peaks.

Mix the baking powder with the sifted flour. Add the flour and the baking powder to the egg yolks and mix well. Fold in the beaten egg whites. Finally incorporate the granulated sugar. Oil rectangular paper containers and fill them with the prepared paste. Bake them in a preheated oven for about 20 minutes.

In Extremadura there is another rectangular bizcocho made with only flour, eggs and sugar that is sliced in two and filled with jam. The surface is covered with slivered almonds.
Nuts also crop up in another Cantabrian bizcocho, this time walnuts. But in this case the walnuts are incorporated in the middle of the paste before it is baked.

A 24 cms mould is half filled with paste, the walnuts (parboiled for five minutes to get rid of skins and some of their strong tannin taste) are spread over the surface and the mould is filled with the rest of the paste.

It is baked in a medium hot oven for about 30 minutes.

In another Cantabrian version of bizcocho made in a 24 cms mould, thinly sliced apples are placed over the uncooked paste in a neat circular pattern and baked in a preheated medium oven for 30 minutes.

When the bizcocho comes out of the oven the surface is painted with 100 grs of apricot jam boiled with two tablespoons of water and one of sugar.

Mallorca’s many forms of coca dulce are variations on the bizcocho theme and they are worth trying when you come across them at inland bakeries and pastry shops. Among the more famous are the cocas dulces with a topping of dried or fresh apricots.

The bizcocho is not a new invention by any means. There are references to it in bas reliefs found in the tomb of Rameses III that dates from the 10th century BC.

In those days honey was used as a sweetener until, in 327AD, Alexander the Great introduced cane sugar.

A plain bizcocho was a popular and essential food for soldiers and seamen because it was dry and kept well for a long time. To ensure it was totally dry, it was baked twice, a process known in Latin as bis coctus. This term gives us the Spanish bizcocho as well as the English word biscuit.

Bizcochos and biscuits are nowadays baked once only. In the case of biscuits, low temperatures are used to ensure they come out completely dry.

There is at least one spongecake, however, that is still baked twice — one that is famous in Rheims, the centre of the French champagne industry. This very dry and light sponge is traditionally eaten with a glass of champagne.